Virtual private networks were once a mystery to everyone except tech lovers.

For those not in the know, a virtual private network, or VPN, is a type of service that allows you to use the internet safely and privately by sending your connection through a server.

This tool hides what you do online. Certain VPNs, like the ones we’ll be covering, are specifically designed to hide your IP address to make it seem like your connection is coming from a specific country when, in fact, it isn’t.

For Korean learners who want to access media content only available in South Korea, a VPN can be quite the handy little trick. And we found seven of the best Korean VPN servers around so you don’t have to lift a finger. Except to install them, of course.

Before we dive into our list, let’s look at why VPNs are so handy and how exactly you can use them.

How on Earth Do I Use VPN Servers from South Korea?

Installing a VPN is actually pretty simple. Depending on the device you’ll be using the VPN on, setup may vary. For app-based VPNs for Android or iPhone devices, it’s usually as simple as installing and running it.

For Mac and PC computers, the process is similar. Just install the file and run it.

The advanced part comes when we decide to adjust the settings of our VPN. These settings vary from service to service, but there are a handful of settings that most VPNs have that you should know about:

Enough with the tech mumbo jumbo. Let’s get into the list of VPNs! 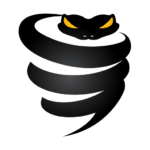 VyprVPN claims to be “the fastest and most secure Korean VPN” around, and it’s definitely one of the most popular Korean VPNs you’ll find. This service doesn’t have a ton of bells and whistles, but it does have the basics:

The trial is great if you’ve never used a VPN before and would like to test it out before purchasing. There are two plans: $5 per month for three devices or $6.67 per month for five devices and Cloud access. 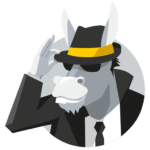 HideMyAss! is more than just a silly name. It’s also one of the best VPNs for accessing content from South Korea and a ton of other countries.

The site and app are super easy to use and navigate. But what sets HideMyAss! apart from the other VPNs on this list? You can schedule IP address changes. When you change up your IP address, your data is even safer.

You can use this VPN on up to five devices. You’ll pay between $4.99 and $11.99 per month, depending on your plan. Unfortunately, there isn’t a free trial available. But HideMyAss! does offer a money-back guarantee for the first 30 days. 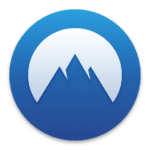 “Anonymity online. Fast and secure connection.” That’s NordVPN’s promise to its users. This VPN is great for newbies who need something with a setup that takes literally no know-how and only seconds to set up. Some other attractive features of NordVPN include:

NordVPN ranges in cost from $3.99 to around $12. The longer of a plan you select, the lower the monthly cost will be. It also offers access to other countries’ servers, including Japan, Singapore, Australia and more. 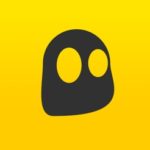 CyberGhost has all the basic features, from a wide range of servers to in-depth server recommendations. What makes this service unique is that it has a huge user base and impeccable online reviews. If you really want the best of the best, CyberGhost VPN is worth looking into.

Depending on how long of a plan you’d like to purchase, costs can range from $2.50 to $12.99 per month. The money-back guarantee ranges from 14 to 45 days, depending on the plan you select. 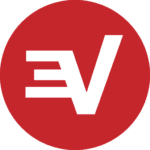 ExpressVPN is another ultra-popular VPN service that offers access to multiple countries, including South Korea.
What sets this service apart is its transparency. Some VPN services log activity and connections, meaning that even though your browsing experience is certainly safer and more private, your VPN service still saves your browsing information. However, ExpressVPN allows users to browse with unlimited bandwidth and no activity or connection logs.

ExpressVPN is usable on any device, including your internet router. It even offers browser extensions for Chrome, Firefox and Safari. You can access ExpressVPN for $8.32 to $12.95 per month and enjoy a 30-day money-back guarantee. 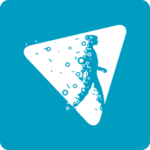 Hide.me one of the most well-known proxy sites out there. Now you can enjoy VPN IP addresses from this awesome sight specifically for accessing South Korean online content.

There certainly must be a reason why hide.me has been active for so long and used by so many people! Hide.me’s premium VPN service works on all devices, is extremely fast, doesn’t lag and has nearly 170 servers worldwide. Plus, you can try it for free. How cool is that?

If you do decide to purchase hide.me for Korea, prices range from $4.99 to $9.99 per month. They also have a free option that includes 2 GB of data transfer for one device per month. 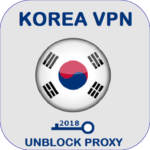 This is one of the top Android VPN apps around. This app from World VPN has quite a few bells and whistles, including:

If you’re on a budget and want a VPN for your Android phone, this is the one to try. You can access servers in several other countries, as well.

Keep in mind that you can always use FluentU as a learning resource, and you don’t even need a VPN!

Try the free trial to see what FluentU has to offer for you.

Now that you know a bit more about Korean VPNs, you can easily use one to access Korean websites and media.

Not only do you get to enjoy a bit of Korean culture, but you can improve your Korean language skills at the same time. Have fun!