Watching authentic TV shows is a fantastic strategy to immerse yourself in the Korean language and culture.

In this post, we’re going to kick off your TV learning with five wonderful Korean TV shows.

But first, here’s everything you need to know about learning Korean with TV shows.

How to Learn Korean with TV Shows

13 Must-watch Series for Skyrocketing Your Korean

We have a great list of five awesome shows below for you to check out. 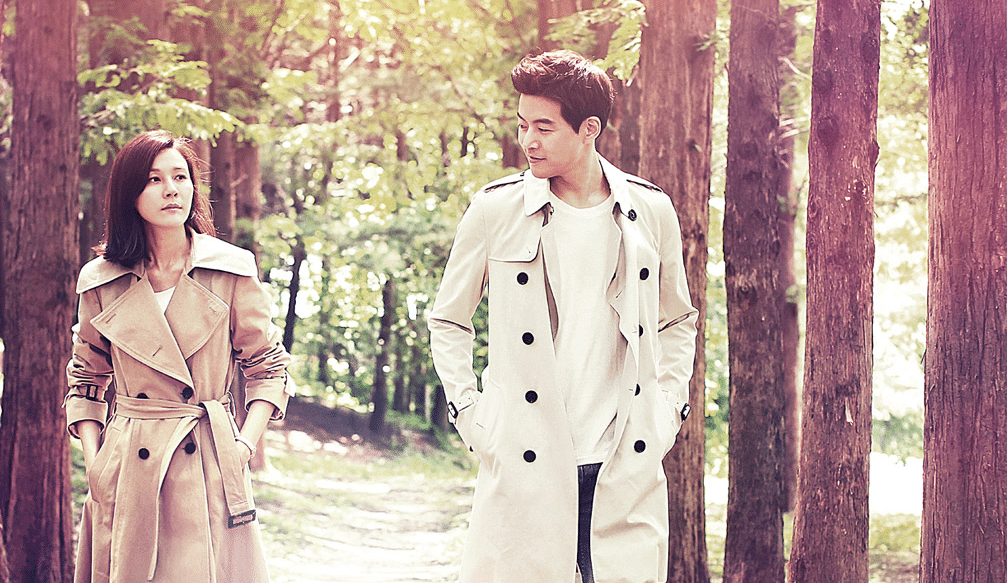 This drama follows the adventures of Choi Soo-ah, a flight attendant, and Seo Doo-woo, a handsome architecture professor.

All would be well except that this is no normal relationship: Both of them are married to different people and have children of their own. Life is becoming more and more difficult for the pair as they grow conflicted about their intense feelings for one another.

This is a fantastic drama for acquiring the unique terminology of architectural design, construction and flying thanks to authentic, rich dialogues about the main characters’ respective professions.

You’ll also be able to learn plenty of words and expressions to describe a range of feelings and emotions along with structures to convey negation. 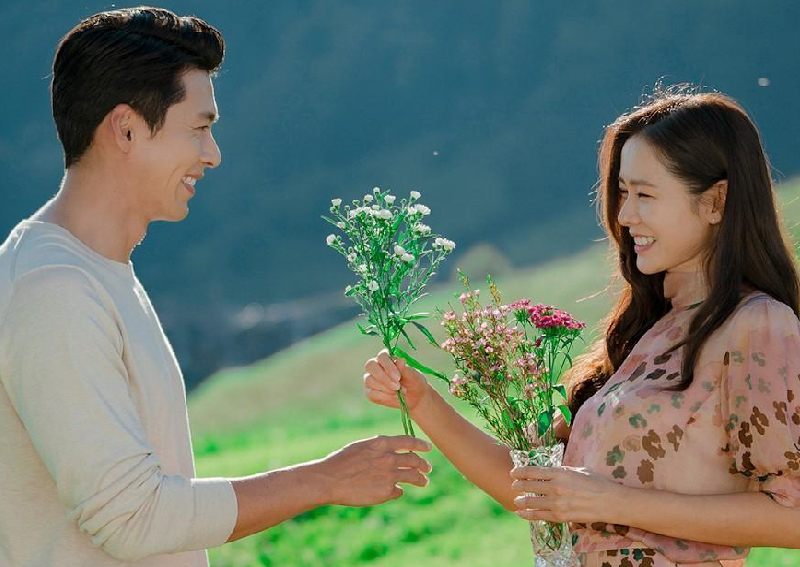 This heartwarming romantic Korean drama is the third highest-rated of all time, winning Outstanding Korean Drama at the 2020 Seoul International Drama Awards.

Yoon Se-Ri is president of a prominent South Korean fashion company, due to inherit her father’s fortune. After a paragliding accident, she ends up across the border in North Korea, where she encounters Ri Jung-Hyuk, a captain in the North Korean army.

Despite their vast differences, Captain Ri ends up taking care of Se-Ri as he plans to help her get back home. The chemistry between the noble Jung-Hyuk and the strong-minded Se-Ri is electrifying, leaving you on the edge of your seat with every episode.

Enriched with beautiful cinematography, this show not only portrays love blossoming against all odds, but it also displays the human side of North Koreans.

Each of the worlds of North and South offers a different set of vocabulary to practice. Se-Ri’s company life involves plenty of chances to get familiar with business terms, while Captain Ri’s military background gives audiences a chance to hear military terminology.

You’ll also get the unique opportunity to hear North Korean speech, with authenticity ensured by the show’s North Korean consultants.

One of the top dramas of 2020, “It’s Okay to Not Be Okay” spins a heartwarming tale of emotional healing.

Moon Kang-Tae, an overly compassionate psych ward nurse who cares for his autistic brother, and Go Mu-Young, a children’s book author who suffers from antisocial personality disorder, are both broken people in their own rights.

During her book reading at the hospital, the two meet and are drawn to one another based on overlaps in their past. As they get to know each other, they slowly begin to open up, creating opportunities for them to heal from their respective traumatic pasts.

Keep your ears out for the whimsical language during the narration sequences, as well as the psychiatric and medical terminology. 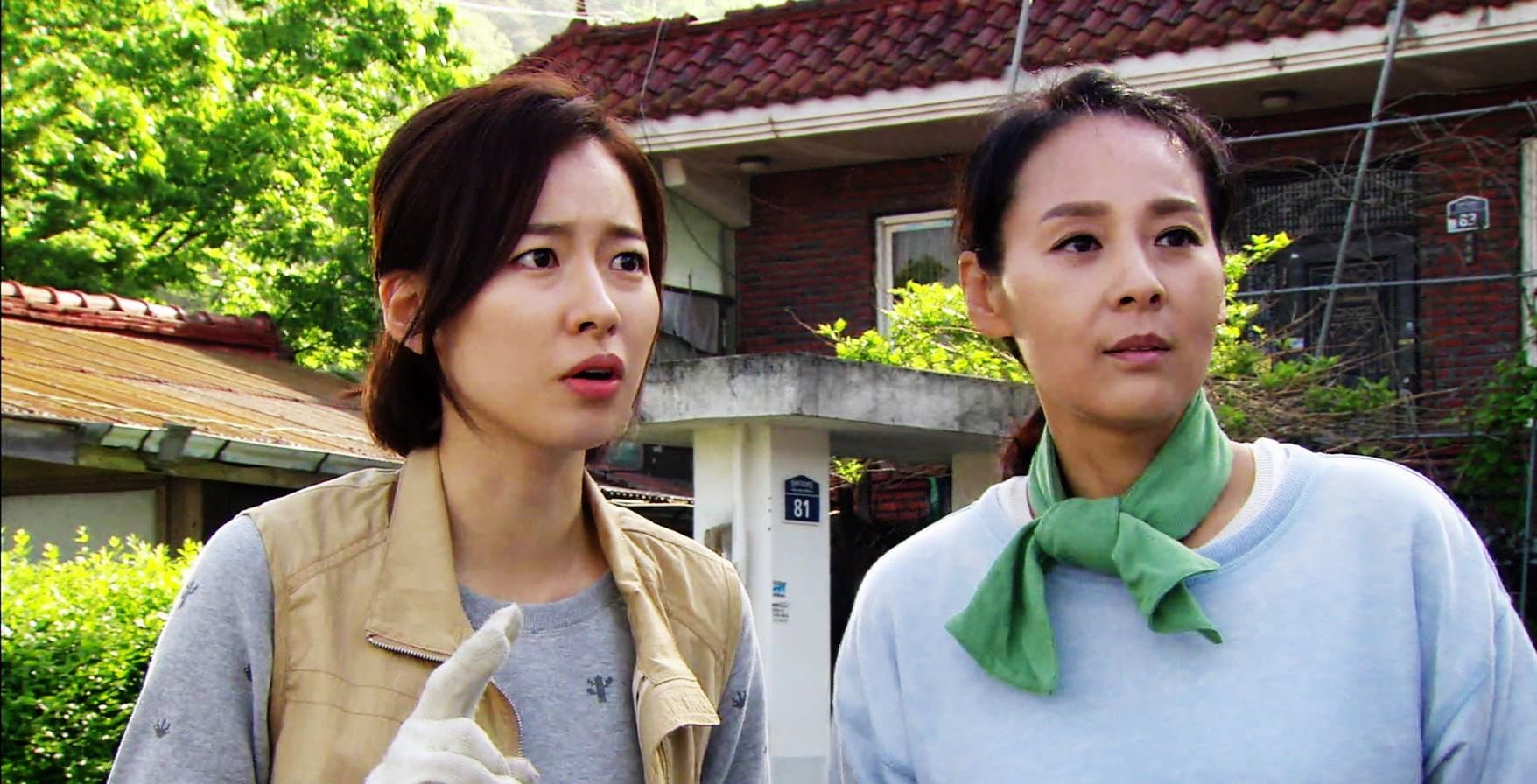 This endearing family TV show is about Kang Dan-yi and her niece Kang Sam-wol, who leave their family home in the countryside to move to Seoul for different reasons—the former to sell the family’s farm products, the latter to enjoy herself.

They eventually manage to find success through a home shopping company with Dan-yi as a supplier, and Sam-wol as the show’s TV host, which leads to hilarious situations.

You’ll learn a lot about Korean family structures and hierarchy, including proper terminology to name each family member, address them and talk about one’s clan and genealogy.

In addition to the language, this is a fantastic opportunity to study the dynamics of a Korean family that abides by ancestral traditions, including their lifestyle, living arrangements and etiquette.

Pay special attention to the level of speech and how it changes depending on seniority and status within the family—and the consequences for not addressing the right person properly! 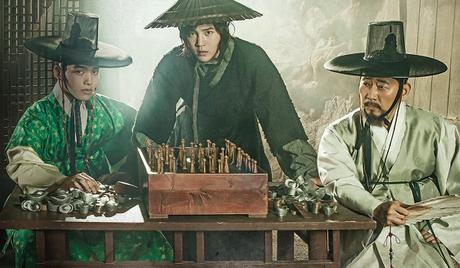 This is an absolutely superb TV show, replete with an exciting storyline, stunning cinematography and fantastic actors.

It’s about Baek Dae-gil, a “blue blood” and talented swindler who grew up resenting King Yeong-jo, the 21st king of the Joseon Dynasty who was known for his efforts to reconcile fighting factions within the region.

After being forced to grow up among commoners, Dae-gil eventually is able to join the royal circle to face the cool-headed king in a high-stakes gambling game.

This is a fantastic program for learning the vocabulary of gambling along with plenty of action verbs. Make no mistake: Watching a historical drama is a must for getting closer to your fluency goals in Korean, as you’ll learn a lot about the Korean language and history with this show.

It’s filled with complex, sophisticated expressions and poetic 속담 (proverbs), which are all conveniently subtitled in Korean.

This is because the Korean language has evolved significantly from what it was during Joseon. The political system and society are different, and Korean natives themselves view historical shows as an opportunity to educate themselves. 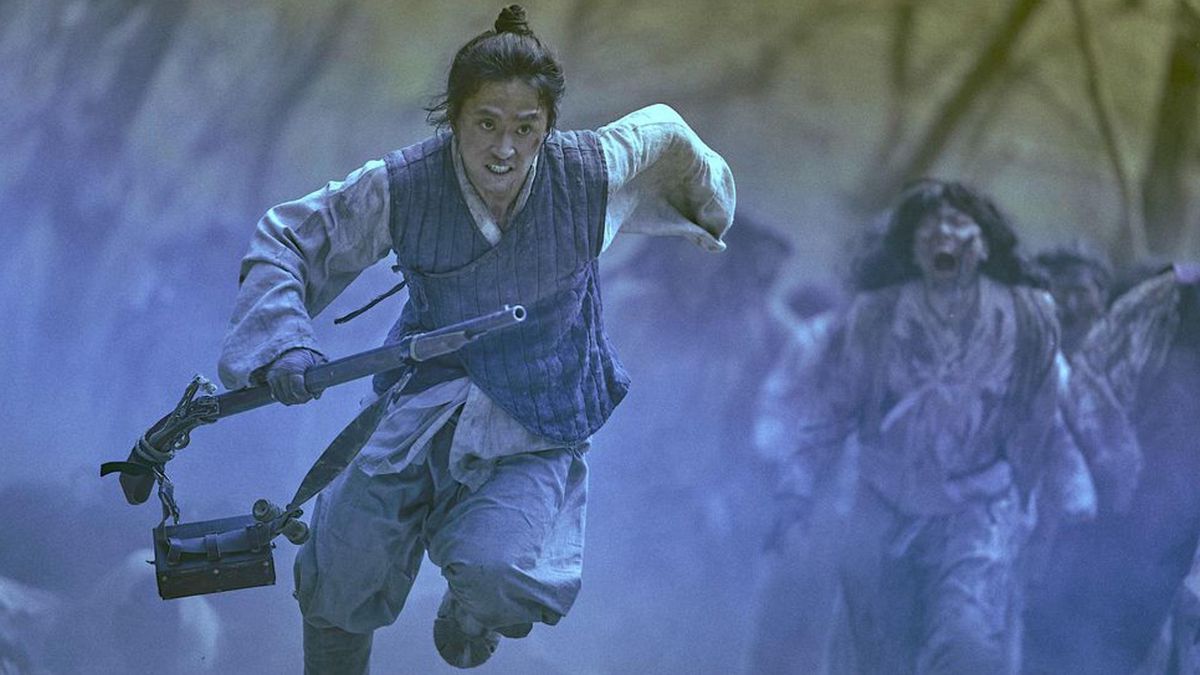 In the Joeson period, rumors of the king’s death have sent the countryside into turmoil, with radicals announcing the crown prince, Lee Chang, as the new king.

However, the palace officials insist the king is merely ill, despite their refusal to allow anyone to see him. This spurs Lee Chang to uncover the truth. Taking his loyal guard, Moo-Young, he sets out on a journey to find his father’s physician, only to find something far more sinister afoot.

This show is a political thriller and historical drama, with a pinch of zombies for good measure, and it works.

Of course, given the setting in the Joseon era, historical language abounds in the court scenes and countryside alike. Following Lee Chang and the court officials also provides ample amounts of honorific speech, making it a great chance to practice that formal Korean you haven’t had a chance to use.

This hilarious reality TV show demonstrates what happens when an average girl finds herself transported to an apartment with seven handsome men who dream of becoming entertainers. The boys are very outspoken, loud and energetic, and she tries to fit in.

This is a fantastic show for learning reported speech thanks to a very precise female narrator. You’ll also be exposed to 반말 (informal speech), along with plenty of expressions about dancing and the entertainment world.

Better yet? The show includes lots of witty speech bubbles and text boxes to help you follow dialogues more easily. 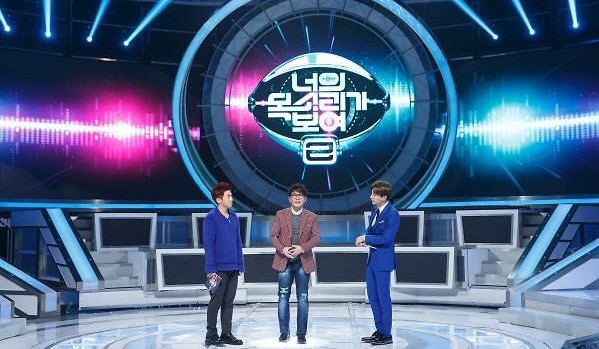 This popular singing contest and variety show is the Korean equivalent of “The Voice.” It follows the dreams of real people who aspire to become professional singers and the next Korean stars.

The beginnings of the show are generally comical, as some guests lack talent, and the show is always high in emotions thanks to some incredible performances by passionate entertainers.

This is a terrific program for learning everyday speech, especially exclamatory sentences. The show also features a diversity of well-known Korean songs, from trot to K-pop to ballads, from which you’ll acquire a large range of vocabulary and plenty of descriptive adjectives and verbs.

Imagine if “COPS” was a variety show—that’s “Urban Cops” in a nutshell.

Jang Hyuk, Jo Jae-Yun and Lee Tae-Hwan, all Korean actors, receive police training and are initiated into the Crime Intelligence Unit of the Yongsan Police Department, where they work alongside real police officers to solve crimes.

This show offers an inside look into Korean law enforcement, enabling you to see the workplace hierarchy in action.

Listen carefully to how the actors speak to their senior officers, and how the younger actor speaks to his seniors. How they address one another is a big topic, which they even joke about.

You’ll also get to hear about Korean laws and procedures involved in police investigations, something that’s sure to excite any crime junkie! 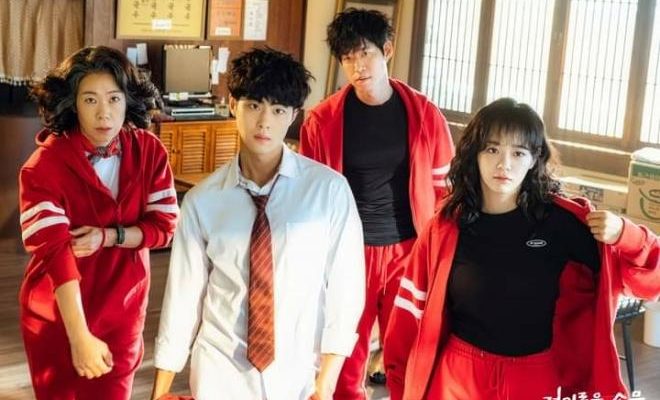 Adapted from a popular webtoon, this engaging superhero drama is a must for fans of action.

A boy named So-Mun, who was crippled in the accident that took his parents, is recruited to be a part of Counter, a group of demon hunters who go after evil spirits that have escaped the afterlife to kill and devour the souls of their victims.

Since So-Mun is a high schooler, a good amount of the story takes place in So-Mun’s school, which provides great opportunities to hear young people’s speech and casual terms.

And sharp words go hand in hand with dramatic fight scenes, so you’ll get to hear people swinging some good Korean insults as well as fists! 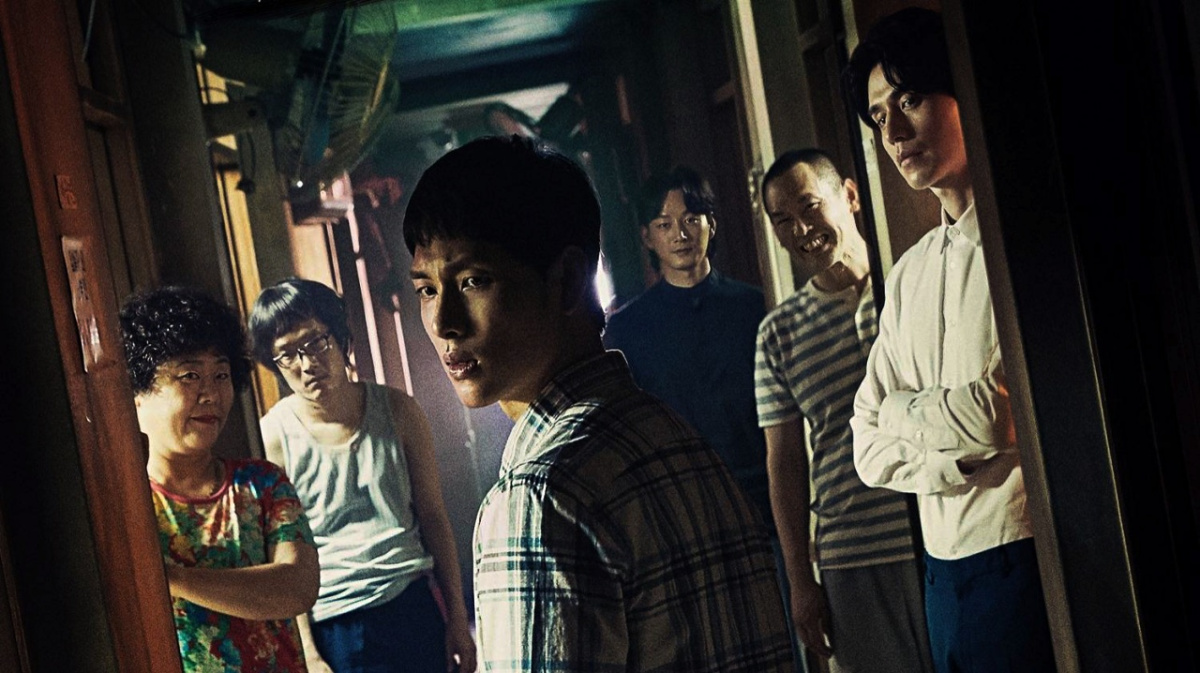 This dark murder mystery adapted from a webtoon offers a brilliant look into insanity, showcasing how one’s environment can turn the most mild-mannered individual into a monster.

Aspiring mystery writer Yoon Jong-Woo moves into a cheap apartment in Seoul, after being given a job by an old friend. His neighbors are all rather unnerving, save for dentist Seo Moon-Jo, who seems surprisingly normal.

However, Moon-Jo begins to drag Jong-Woo into more and more unnerving situations…

This show offers a great chance to hear the Korean language being used in storytelling. From Jong-Woo describing his writing to Moon-Jo’s silver-tongue, you’ll hear Korean in a more artistic manner, providing a chance to flex those creativity muscles as your imagination is toyed with by the language. 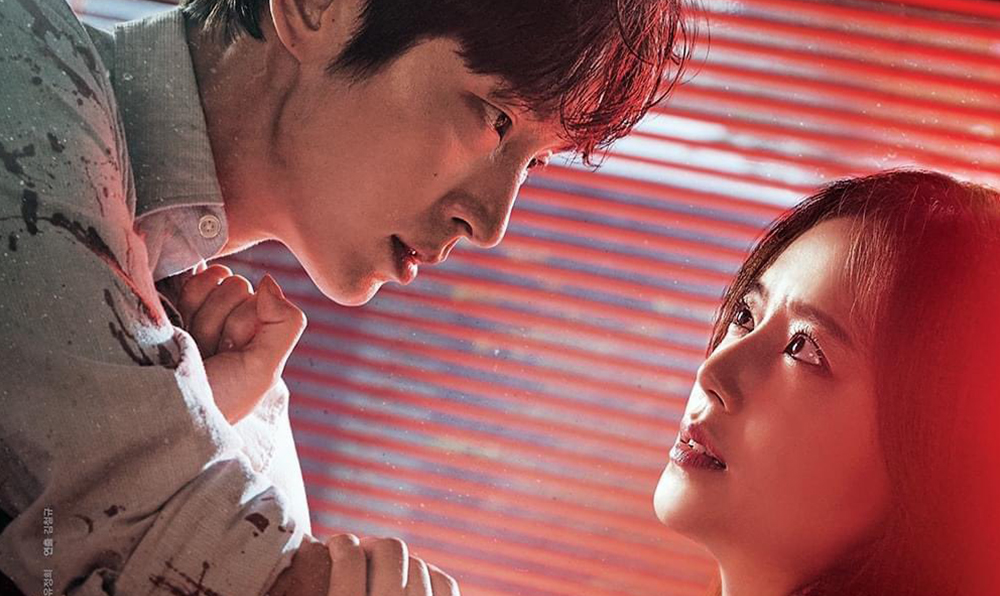 This dark, gripping game of cat and mouse played by the couple as they keep secrets and maintain the illusion of the perfect family makes this show a must-watch for fans of thrillers.

Cha Ji-Won, a homicide detective, and Baek Hee-Sung, a metal artisan, appear to have the perfect marriage. Hee-Sung is a caring, attentive husband and father, while Ji-Won flawlessly navigates both her career and motherhood.

However, when Ji-Won encounters an 18-year-old serial murder case, the connections to her husband become too great to ignore. Meanwhile, Hee-Sung will do whatever it takes to conceal his secret.

As the show continues, their love is put to the test in the face of grim reality, taking the viewer on a roller coaster ride of emotions.

Listening to the detectives’ use of police terminology as they chase down leads makes for a great addition to your vocabulary. In addition, Ji-Won’s interactions with her in-laws and social superiors make good practice for hierarchical speech. 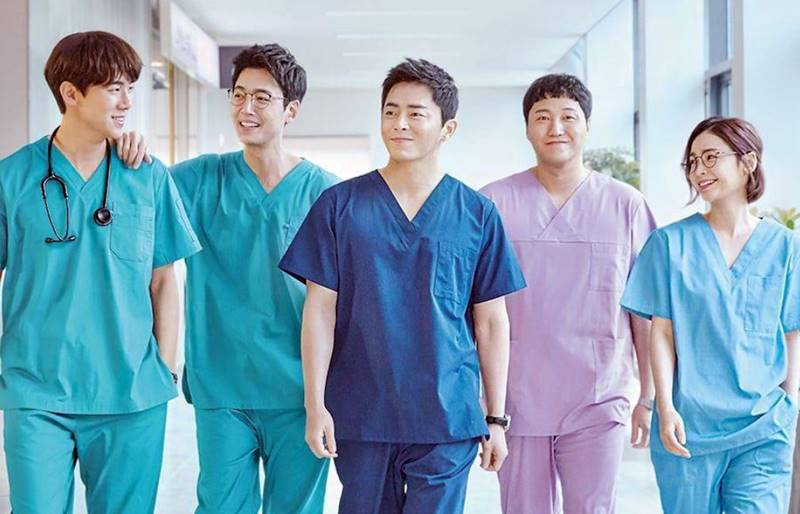 This heartwarming drama focuses on the bonds between five long-time friends who work together in one hospital.

Now in their early 40s, they all work together in the same hospital and play music on their free nights. Tending to their patients as well as each other, their daily lives play out in the halls of Yulje Hospital.

There’s no dramatic villain or evil corruption plot at work—this show stars the everyday struggles of the doctors, giving a realistic look into the real goings-on of a Korean hospital.

Plus, the bonds all five unique doctors share is put on display in a stunning feature of the power of friendship.

As you can probably guess from the title, this is a medical drama. With the characters in different wards of the hospital, you get the chance to hear a wide variety of medical terminology, from surgical to neurology to OB-GYN.

Now that you know how to learn Korean with TV shows, all you need to do is to get started.

And don’t forget to have fun along the way!