Want to completely boost your Korean to the next level?

Well close that textbook and sit back, because you’re in for a really wonderful treat.

One of the best ways to learn Korean is through movies.

And the cool thing about Korean movies is that not only are they excellent language learning tools themselves, but they’ll pull you in with their cinematic brilliance.

So to help you take advantage, we’ve picked out seven awesome movies to get you started—plus all the tips and tricks you will need to get the most out of these gems. Here’s how it works…

How Movies Help You Learn Korean

Say what?! Learn Korean by sitting back and munching on popcorn?

I know watching box office flicks may never be accepted in mainstream academia—I’ve made my peace with that—but as it turns out, there’s a definite goldmine in watching movies for language learning. But let me be very clear. This isn’t your typical Saturday-night-at-the-movies affair. I’m talking about active watching, here. I’m talking about going through the scenes with language learning in mind.

The advantage of movies is that they provide the crucial context for language. As you may know, language is context hungry. Without it, language is scarcely meaningful.

As a Korean language learner, you have a lot going on for you with a movie. There’s a story, a plot, a painful complication that animates the vocabulary, phrases and sentences. Characters talk. They get into arguments. They fall in love and feed fantastic promises to each other. Heroes get into a tight spot and throw a string of colorful expletives as goons from a chasing car shoots at them willy-nilly in one action-packed sequence.

Throughout the movie, you will see nuanced and vivid examples of how language is wielded by its native speakers. You will understand vocabulary better because you will see it at work.

And because of this crucial context, words and phrases become highly memorable. They become stickier in the mind, giving the brain a lot to anchor on.

For example, it’s really little wonder how learners of the English language who can barely form a string of words together can have no problem memorizing large swaths of dialogue from “Titanic.”

Movies might have a bad rap when learning other academic subjects. They don’t do much to help you solve quadratic equations of mathematics. But they are a whole different creature when it comes to learning a language. They just might be one of the most effective ways to tame the language you’ve got your eyes on.

So let’s talk about your plan of attack.

Like I said, this type of “watching” is not passive—so it certainly won’t resemble anything like a movie date night where you’re actually more attentive to the person sitting beside you than what’s happening on the screen. This is watching for language learning. As such, expect to go through the movie several times.

Here are some killer tips on how to actually do it.

There’s no doubt that these steps are effective, but it will take time and energy. If you’d like to be more efficient—and are open to watching other kinds of fun videos too—you might want to check out our video-based language learning site/app FluentU, which was designed to address exactly this problem.

No matter which of these learning methods you use, watch the movie from start to finish without any subtitles once you finish drilling every chapter, and voila: You’re on your way to Korean mastery. 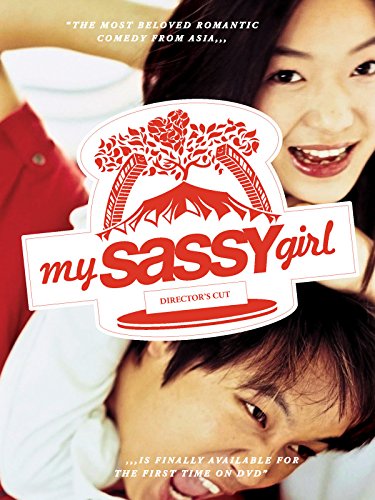 Let’s open up with this romantic comedy that was an Asian blockbuster the year it was released—and inspired an American remake, a Japanese drama, as well as a prequel.

“My Sassy Girl” is the story of a young woman and man who meet cutely late one night at a train station.

One of them is drunk. (Guess who.)

She is so drunk, she pukes on one of the other passengers. The hapless boy is mistaken by onlookers as her boyfriend, and is thus prodded by fellow passengers to take care of the clearly sloshed girl. And to make the long story short, he ends up carrying her on his back and straight to a motel the very first night they meet.

From that point forward, a comical relationship develops between the two, where the sassy girl (who would never be named in the movie) takes crude control of things. They go on unofficial dates and she finds every excuse to bark at him, hit his head, order food for him, forbid him to breathe, make him wear high heels in public, even snatch him from his college class by telling the professor that she’s pregnant and needs to talk to the boy. (Her favorite line is “Wanna die?”)

The submissive guy does all of these things. And throughout it all, a delicious twist is slowly unveiled—which probably is what made a prequel necessary.

While you watch, closely observe how differently the girl and the boy talk. She’s usually bossy and assuming a senior and superior role in the dynamic, whereas he is the docile and her junior. The Korean language is very sensitive to these age-based dynamics. One talks (and moves) very differently to people of different ages and “My Sassy Girl” is a good movie to start you off in the Korean rules of hierarchy. 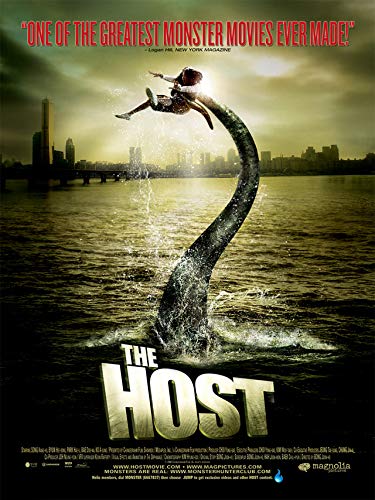 From a rom-com we now go to a riveting sci-fi thriller. “The Host” smashed Korea’s box office records when it was released, and won a string of awards including Best Film in the 2007 Asian Film Awards.

Do you know what happens when 200 bottles of formaldehyde are dumped into Seoul’s Han River?

But more importantly, a mutated monster of mammoth proportions rises from the Han River, killing everyone who stands in its path. So expect a lot of running and bodies strewn about in this one.

“The Host” is a movie that will tug on every string of your emotions—humor in the midst of mayhem, bloody gore, suspense, even vindication. Imagine being the father who looks into the eyes of his daughter as she is being snatched alive by a merciless monster. It’s the story of a father going into the nesting grounds of that monster to save his beloved daughter.

This movie is a rich source of colorful adjectives. You should be on the lookout for descriptives that are peppered throughout the script. Several repetitions of “The Host” will gift you conscientious language learners with vocabulary that adds nuance and vividness to your Korean. 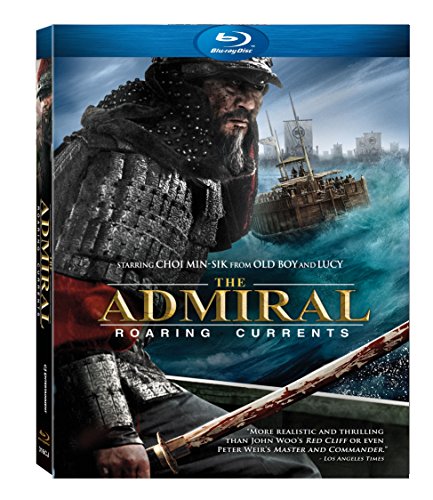 We’ve seen “300”—the story of three hundred brave Spartans who faced the behemoth army of the Persian empire. This Korean movie also has the flavor of an underdog facing daunting odds, only it’s fought at sea.

“The Admiral” is a historical film based on the Battle of Myeongyang which took place in October of 1597. The warring parties are the Japanese and Korean navies. It’s the story of Korea’s admiral Yi Sun Sin and his 12 ships, who baited the Japanese navy (and their 330 vessels) into a long and narrow strait—where their movement was then hampered by the unrelenting torrent and a waiting wall of steel chains.

You will get a peek of the more formal and poetic Korean words, phrases and expressions in this film. The language spoken is generally appropriate for use in polite company and educated circles. So if you want to sound formal in the language, put this movie at the top of your to-watch list. 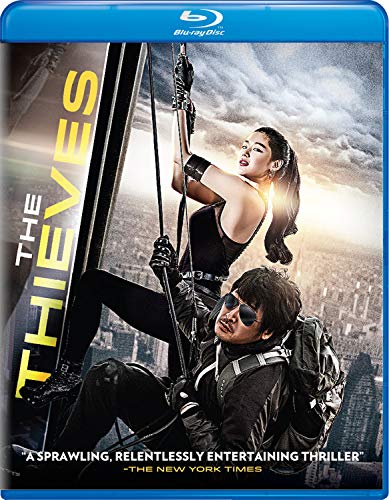 With a title like that, you’ve probably guessed that this one’s a heist movie. Hollywood has “Ocean’s 11,” but this is about 10 thieves—a team-up of Korean and Hong Kong crews—who are out to steal the “Tear of the Sun,” a diamond valued at $20 million. Stealing something priceless is already hard enough, but taking something held by a ruthless mob boss’s mistress is a different proposition altogether.

When you’re out to filch something from someone known to kill at the drop of a hat, you’d better have a very good plan. Throw in the lack of honor among thieves, double crosses, betrayals and 10 personal agendas, and you have a perfectly explosive brew.

The language used by characters is highly informal, sometimes even slang. If you want to hear dry conversational declarative sentences, this one has plenty of them. It also has question sentence forms that can be studied for good measure. 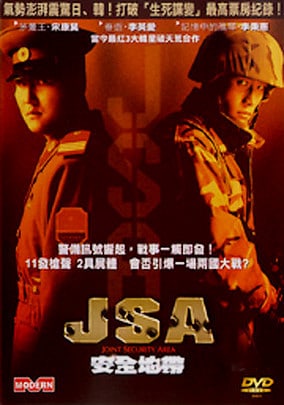 The movie depicts the fragile peace that exists between the two Koreas. It’s based on a novel about the DMZ (Demilitarized Zone) and is set in the heavily fortified border.

When a wounded South Korean soldier slips back to his side of the border, leaving two North Korean soldiers dead, riddled with bullets, the incident could easily escalate into full-on military confrontation. So before hurtling into nuclear destruction, an officer from the Neutral Nations Supervisory Commission is called in to investigate.

Through a series of insightful interrogations and elegant use of flashbacks, the truth of what happened is revealed. What’s discovered is an unlikely friendship that blossomed in the most unlikely of places.

Verbs abound in this movie, so language learners, especially beginners, can benefit from several repetition of the movie. And since there’s such a vivid context to all of the vocabulary, you will find new words easier to remember. 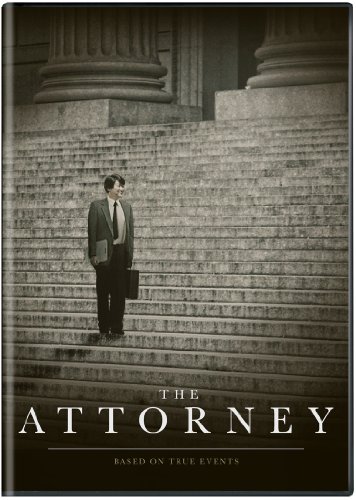 “The Attorney” is the story of a tax lawyer who defends a friend’s son and other students who were rounded up by government forces on sedition charges. He believes that the confessions were extracted by torture, and sets out to bring the fabricated charges to light.

The movie is inspired by the “Burim Case” of 1981, where one lawyer defended 22 students who were arrested without warrants and tried on charges that they were North Korean sympathizers. That lawyer became a loud voice for human rights issues in South Korea and later on became the country’s 9th president.

There’s a lot of legal, political and social vocabulary to be had in this movie. It’s beneficial to learn these types of words because they will really come in handy once you get your hands on a newspaper or read an online news article. Koreans are active participants in their government and its policies. By familiarizing yourself with political terms and usages, you can get to more nuanced information and insight that textbook language learners may never have. 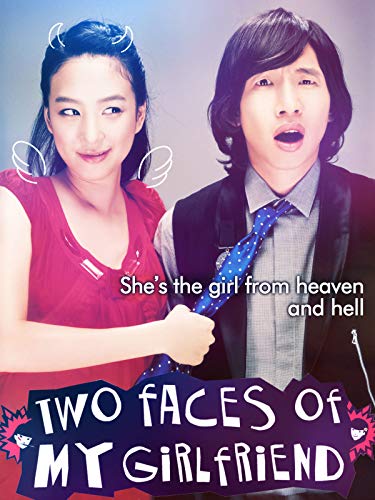 We wrap things up with this light-hearted romantic comedy about a guy’s travails with his split-personality girlfriend.

A 30-year-old never-been-kissed, no-girlfriend-since-birth fellow finds a wallet. He tries to find its owner and is led to the beautiful, charming and angelic Ani. The two quickly become a cute couple and go on several wonderful dates. Little does he know that Ani has a side totally opposite—an aggressive, cussing, drunkard who makes a living hell of the relationship. Meet Hani, the other face of the otherwise perfect girl.

Through this film, you can get acquainted with the normal to-and-fro of Korean dialogues. If you want to listen in on how Koreans talk in everyday situations in regular conversations, the movie will give you plenty of examples of the cadences, rises and dips of a melodious language.

With these seven movies, you will definitely have a rich, nuanced and well-rounded vocabulary that can help you master Korean. So what are you waiting for? Head on to your favorite movie streaming site and get your Korean language workout today!