The 20 Best Korean Movies on Netflix in January 2023

If you’re looking for Korean movies to watch on Netflix after polishing off all of “Squid Game” in one weekend, no worries.

Turns out, Netflix is currently surfing the huge wave of Korean media.

With my ample free time (and my inability to escape my comfy couch), I’ve perused most of the Korean content available on the streaming service’s catalog.

The options are many (and growing), but here’s a list I’ve personally compiled of the Korean films currently on Netflix that you really shouldn’t miss. 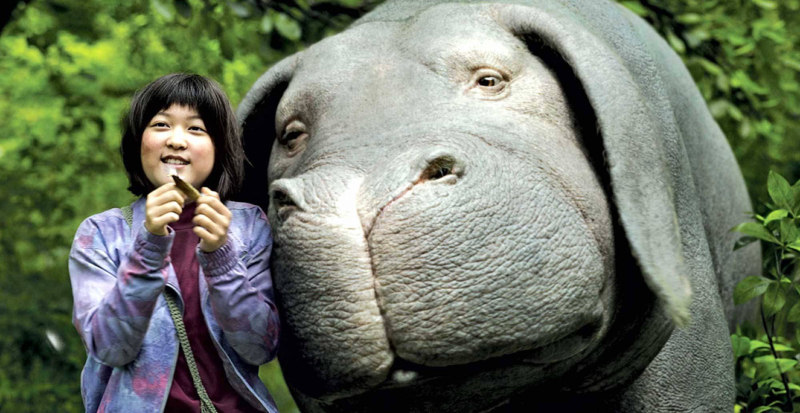 Mija is the devoted caretaker and best friend of Okja, a gentle giant pig creature. When her beloved pet is taken to America for sinister purposes, Mija strives to rescue her with the help of an animal rights group.

This movie is directed by acclaimed director Bong Joon-ho and the cast features plenty of American celebrities starring as both allies and villains, including Tilda Swinton, Steven Yeun and Jake Gyllenhaal.

If you’re an animal lover, this film can be a real tearjerker, so be warned! 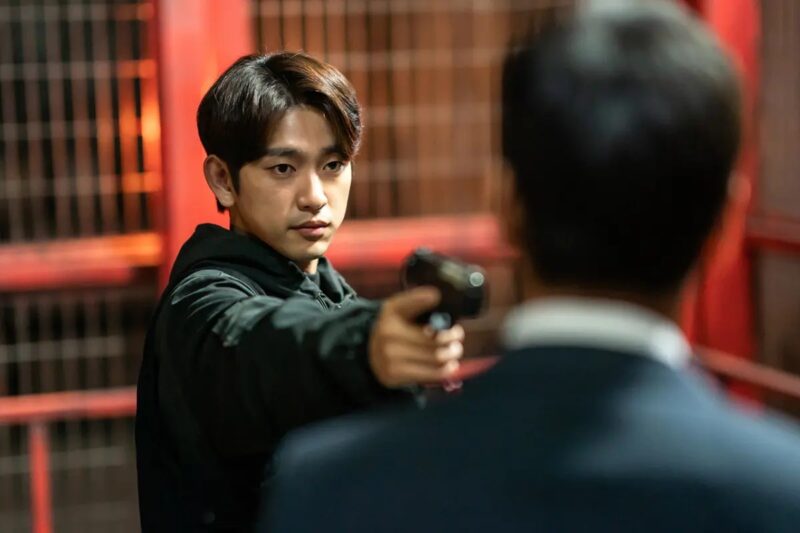 But espionage becomes a battle amidst an atmosphere rife with tension and violence.

Action is the key word for “Yaksha”, and it doesn’t hold back from the first minute. There are plenty of things constantly in motion, from flying fists to shifting moral boundaries… so strap yourselves in. 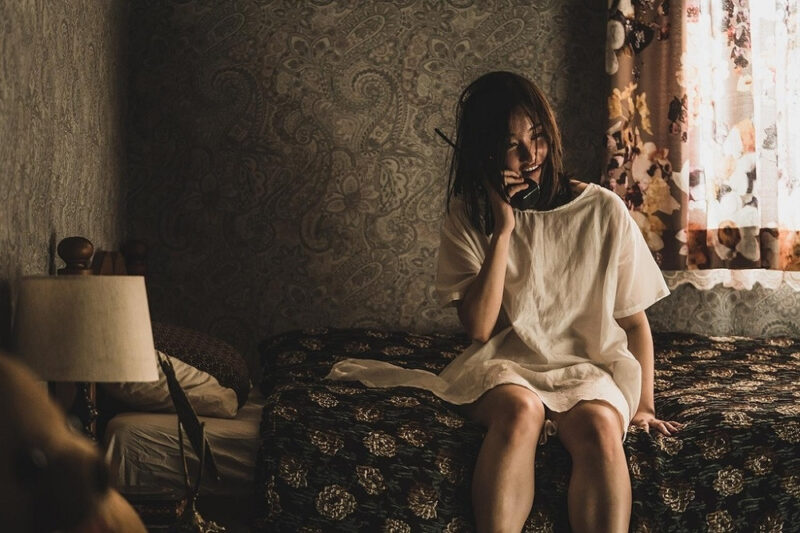 While visiting her mother in the year 2019, Seo-yeon receives a strange call from someone who claims she’s being tortured.

But that’s not the most disturbing part. The caller is connecting to her from the year 1999, twenty years in the past.

“The Call” is based on the 2011 film “The Caller“, but it brings its own uniquely disturbing spin on the main plotline.

Get ready for time-travel, altered fates and unpleasant twists. You probably won’t get a restful night of sleep after giving this film a watch.

4. The Pirates: The Last Royal Treasure 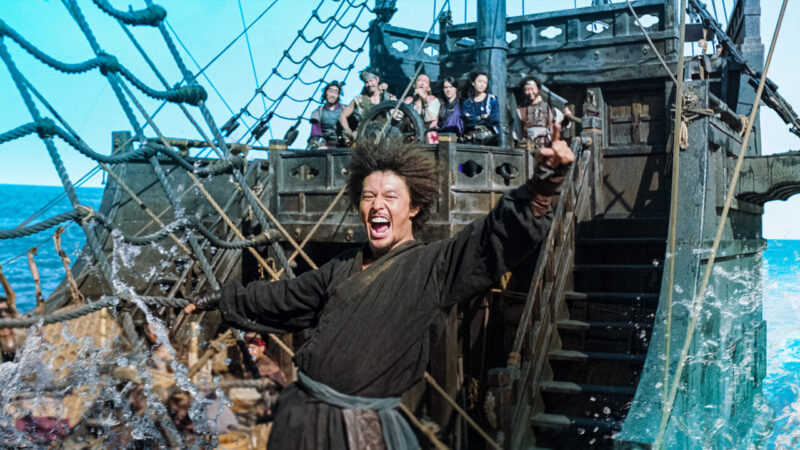 In Joseon-era Korea, a group of rough and tumble pirates search for (you guessed it) illustrious royal-certified treasure.

Along the way, they must stay one step ahead of dogged pursuers and deal with typical seafaring shenanigans.

There’s nothing to take seriously in this movie. It’s just a great watch if you want some good laughs at the expense of a motley crew.

This film is actually a sequel to a 2014 film, and both are quite popular in mainland Korea.

After successfully enacting revenge for the murder of his family members, an ex-gangster flees to alluring Jeju Island.

There, he meets a young jaded woman with a loose connection to life. They both quickly realize that there’s no peace to be found for either of them.

Don’t trust the title. There’s hardly anything paradisiac about this gritty film. If you’re up for a very grim story told with great cinematography and poeticism, then this may be the movie for you. 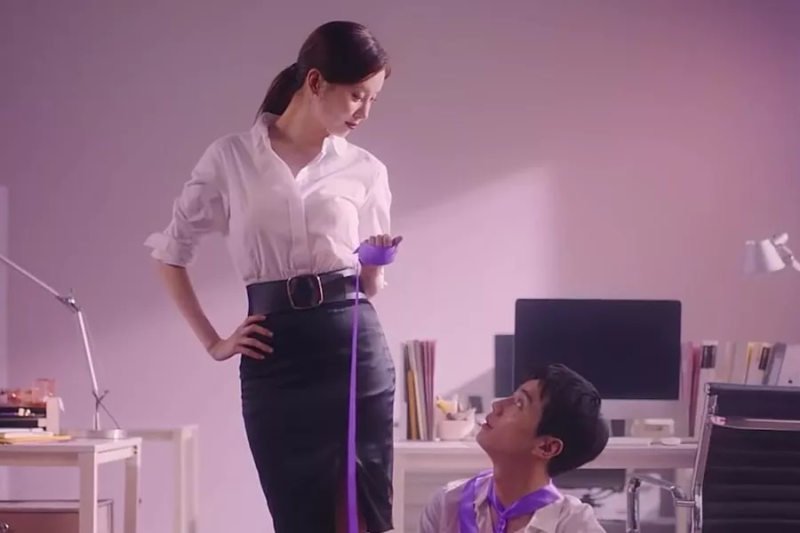 Though the film is technically rated R, there aren’t any overly explicit scenes in the film (or nudity, for that matter).

This popular film is based on a webtoon called “Moral Sense.” 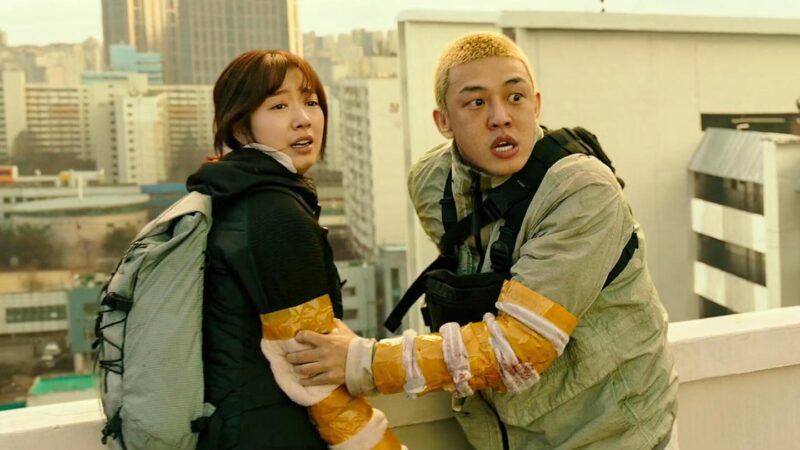 A video gamer’s life is toppled when a vicious zombie outbreak occurs in his city.

Trapped in his apartment, the man must figure out how to survive with his limited physical and digital resources, all the while constantly seeking outside help.

“#Alive” is another addition to the hungry pack of zombie flicks that have become popular in recent Korean media.

Its young and desperate but scrappy protagonist, caught unawares in his own home, can definitely feel relatable to many of us.

Jang-hyeok and Da-eun are a young couple who met under sweet and genuine circumstances.

But time passes, and issues in their relationship are amplified when Jang-hyeok takes up a potentially lucrative job in a new location.

“Sweet & Sour” is a simple film that addresses a complicated topic: modern romance and the struggle for love to survive the obstacles of work life and dwindling connections.

Check out the film if you’re up for some sappy-sweet scenes that come with a side of bitter truths. 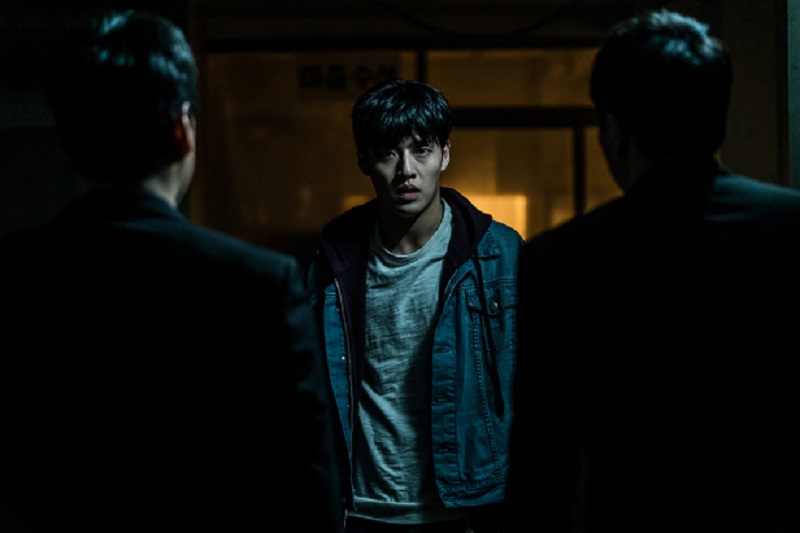 It was already shocking when Jin-seok witnessed his older brother, Yoo-seok, being abducted right before his eyes.

It was even more startling when, after 19 days, his brother abruptly returns with a brand new personality and attitude. What exactly happened to make him suddenly act like a completely different person?

“Forgotten” is a dark roller coaster: full of twists and turns amidst an unsettling and obscured backdrop.

If you’d like to descend down a mystery rabbit hole with some satisfying bits of action and horror, then “Forgotten” will get you there. 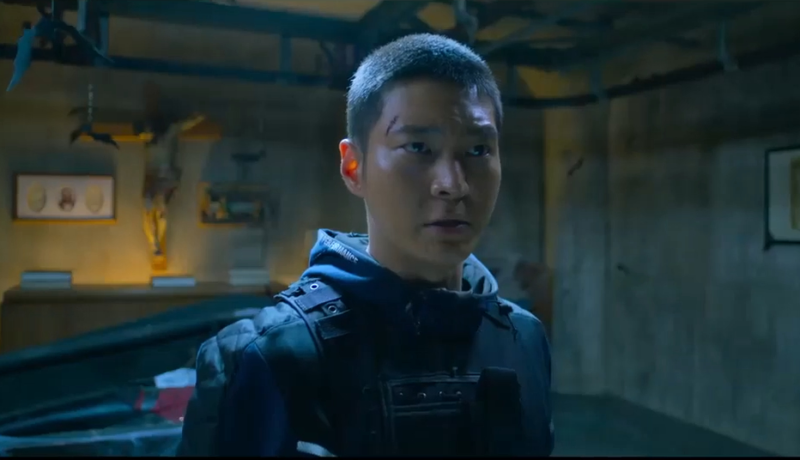 A man wakes up with no memories. He doesn’t have even a hint of recollection of who he is.

All he knows, based on a voice in his ear, is that he’s to be called “Carter” and he must immediately undergo a deadly mission. How’s that for a rude wake-up?

“Carter” might ring a few bells for you “Jason Bourne” fans, from the amnesiac protagonist to unabashedly absurd action and escape sequences.

As always, a character with no memories is always a recipe for chaos and plot twists that will keep you on your toes. 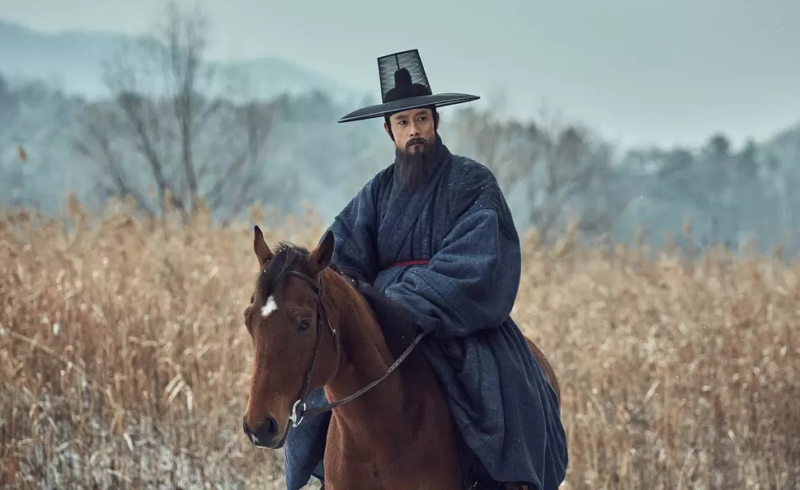 In 1636, the Chinese Qing dynasty armies invade Korea in force.

Alongside his trusted retainers, King Injo of the Joseon dynasty flees to a fortress in the mountains.

There, he and his counsel struggle to decide how best to face the incoming enemy threat while also combating natural hardships.

The events of the film are based on true historical events, which makes it that much more compelling.

Although its plot takes place hundreds of years before most modern war movies, “The Fortress” still encapsulates the grim and desperate feeling that comes from having to balance pride and honor with basic survival. 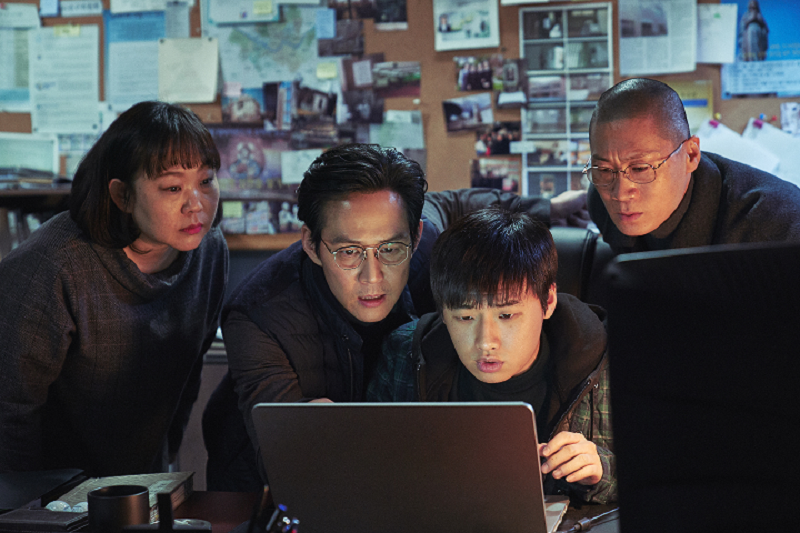 Being a keen investigator of suspect religious groups, Pastor Park sets his eyes on the bizarre “Deer Mount” cult.

The group’s reputation also catches the attention of a police captain, who is investigating a mysterious murder.

It’s always a fun time when a mystic cults stir up supernatural trouble that no one has the time or sanity to deal with! The religious backdrop of the horror makes things extra creepy and sinister.

But this isn’t a mindlessly scary ride—there are a lot of thought-provoking themes and questions that the movie encourages you to mull over. 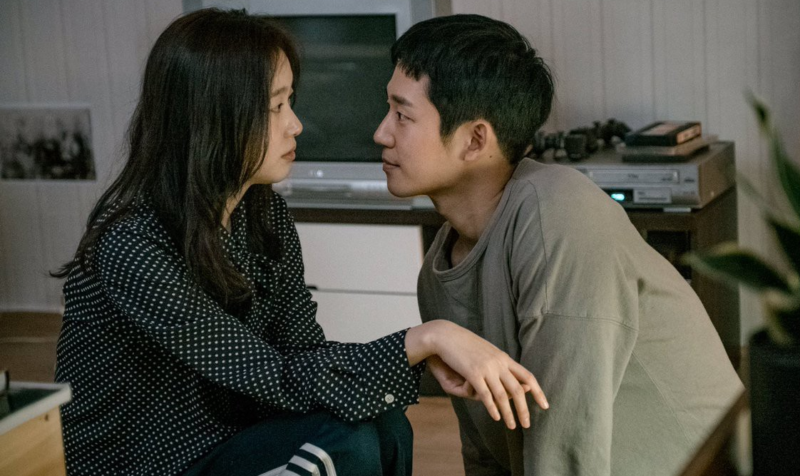 Student Mi-soo is initially wary when delinquent Hyun-woo enters her sister’s bakery. But over time, they develop feelings for each other.

When the two are separated, they struggle to reconnect as the years pass.

The film takes place in the 1990s, and so it caters a lot to (mostly Korean) nostalgia, with a strong emphasis on radio music.

The romance is simple, yearning and slow-burning, so you can carefully follow the characters on their long and aching trip. 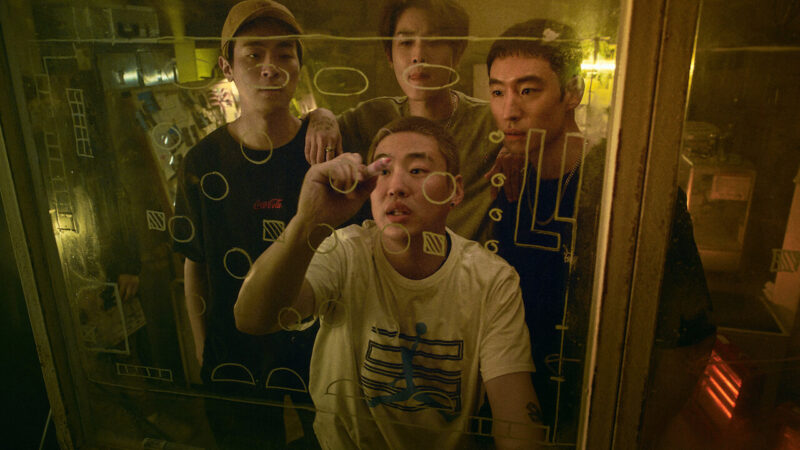 Sick of their miserable circumstances, a group of young criminals plot a big heist to boost their fortunes.

However, their success attracts the hungry gaze of a killer. Suddenly, the thieves find themselves the prey in a ruthless hunt.

The dark plot is unforgiving to its protagonists, and you’ll get a huge dose of adrenaline from the impressive action choreography. There’s truly no rest for the wicked. 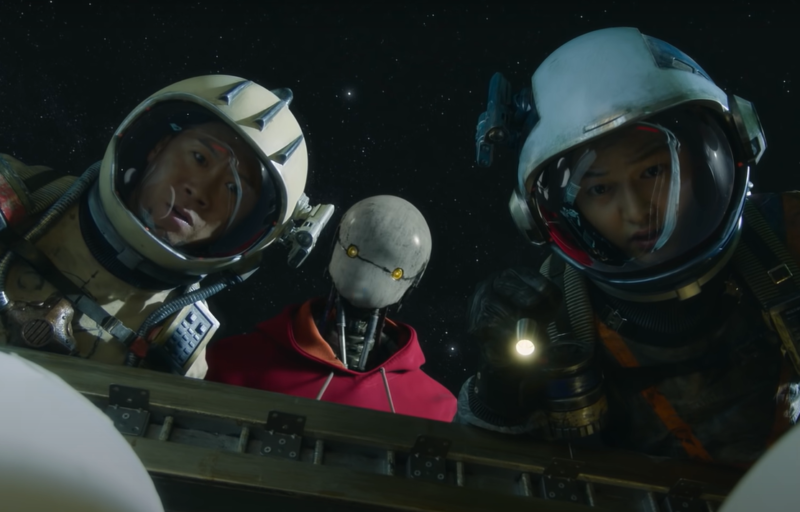 It’s the year 2092 and space has become familiar territory, especially for one space junk collection crew.

When they stumble upon a child robot who is far deadlier than she appears, the tattered stability of their lives is swept away as if consumed by a black hole.

Besides the impressive CGI effects, the rugged characters and their dynamics are particularly fun to follow. 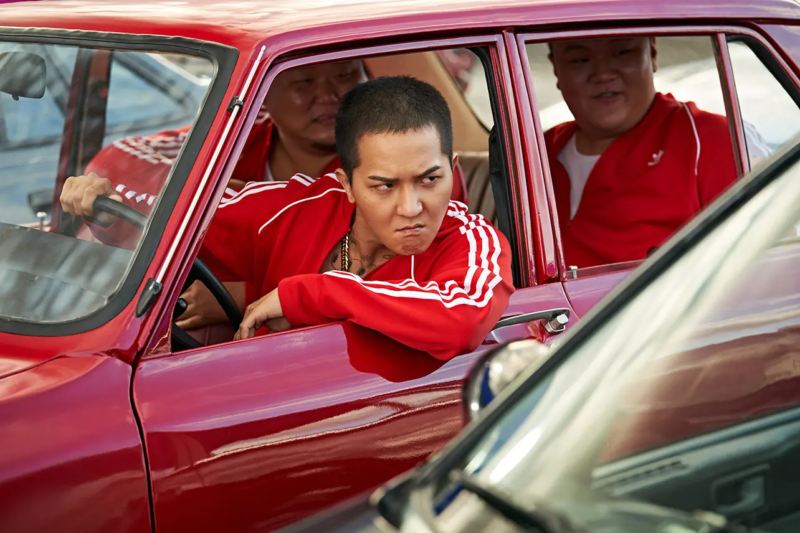 It’s 1988. The Seoul Olympics are revving up, and naturally, the whole country is getting excited.

But things get particularly heated for a group of racers when they become involved with illicit money.

A good word that sums up this film is “wild.” It might especially be a good time for you “Fast and Furious” fans.

It has a dynamic combination of bright colors, loud characters, screeching engines and crazy cash chases, all amidst a nostalgic and flashy 80s backdrop. 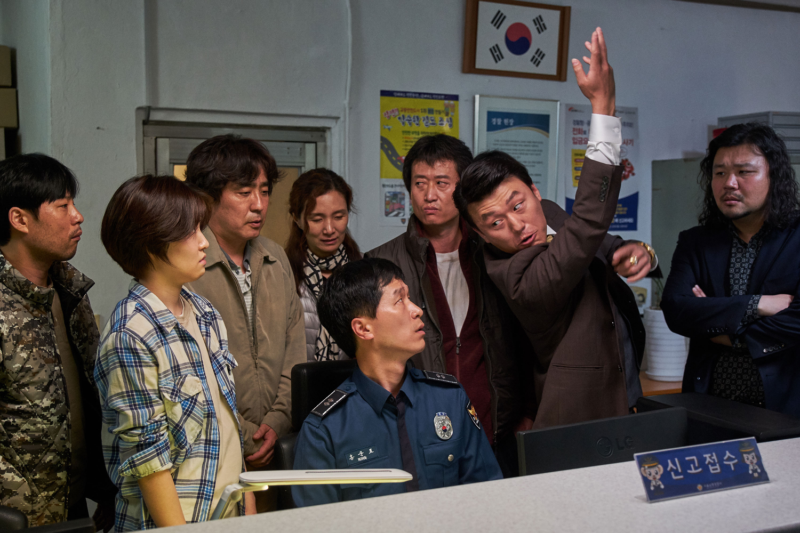 And he’s quick to find a great purpose for his new gift: to help out his daughter and her fried chicken business.

Claimed as the first Korean superhero film, “Psychokinesis” takes a slightly different spin with its own champion.

The plot is filled with excitement, goofs and heartfelt moments. It’s fun watching the protagonist balance very human priorities with the (somewhat literal) gravity of his powers. 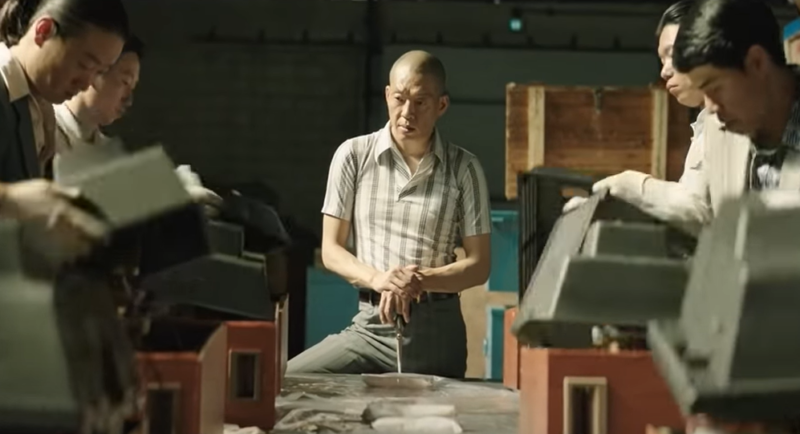 After a lowly smuggler is released from his prison sentence, he treads into the dangerous world of drug trafficking.

His ambitions and notoriety soon skyrocket as he ascends to take up the crown of a true drug king.

The story is based on real-life events, and the protagonist is played by the incredibly versatile Song Kang-ho of “Parasite” fame.

While the plot of this movie is definitely not kid-friendly, there are plenty of oddly humorous moments.

19. Kingdom: Ashin of the North 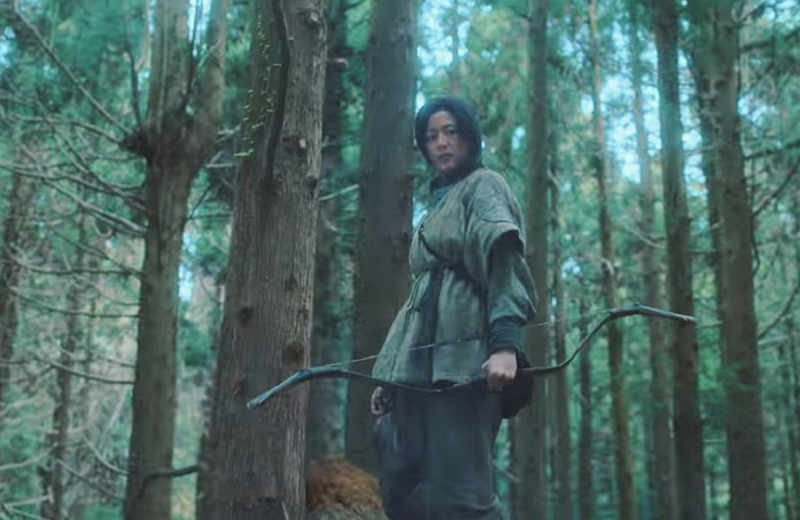 After losing her entire tribe, a young woman sets off on a bloody path of vengeance. However, her quest leads to circumstances that go beyond what a personal grudge should entail.

“Ashin of the North” is actually a special character-focused spin-off of the very popular Kingdom series. You should also definitely watch the series, though you don’t have to in order to understand this movie. 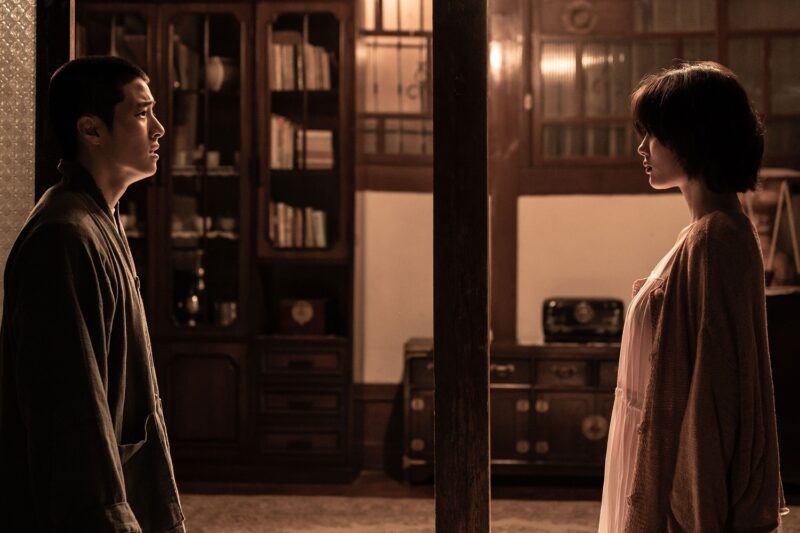 With the aid of a monk-in-training, a former exorcist must once again take up spiritual arms to fight against an awakened ancient evil that is eager to disrupt human lives.

Like “Svaha: The Sixth Finger”, “The 8th Night” also ups the horror game by imbuing creepy religious themes into its scares.

This film successfully creates a mood thick with unease, suspense and intrigue. Watch this under the safety of your covers!

Movies get cycled in and of Netflix catalog all the time, so don’t wait to watch any of these great Korean movies.

With their great stories and artistry, these films will connect you to the Korean culture and language in an engaging and intimate way.