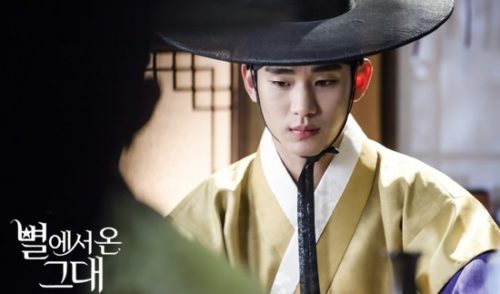 6 Juicy Korean Dramas That You’ll Instantly Get Addicted To

Looking for a way to spice up your Korean studies?

You should watch Korean dramas!

Korean dramas are a goldmine of authentic dialogues, colorful vocabulary and useful idioms.

In addition to being highly addictive, dramas will broaden your cultural horizons by providing a fascinating glimpse into Korean culture.

Not sure where to begin or even how to incorporate dramas into your studies?

Then read up! We’ve rounded up a list of websites where you can find the best Korean dramas and some fantastic titles you’ve gotta watch. But before we get started, let’s discover how to best use dramas to learn Korean.

Tested and Proven Tips to Learn Korean with Dramas

Where to Watch Korean Dramas Online

Viki is a freemium streaming website featuring global primetime shows and movies from all over the world. With 1,326 Korean dramas and growing, Viki is your one-stop shop for authentic Korean content. We particularly love that Viki features dramas from a rich diversity of genres, from love stories to historical dramas, medical telenovelas and more.

Unlike other streaming sites, Viki powered by a community of volunteers who are genuinely passionate about the Korean language and spreading Korean culture. On Viki, subtitles are entirely translated by watchers from all over the world, which allows you to choose from a variety of languages for subtitles, including Korean. Often, you’ll notice that you may not entirely agree with the translation, and that’s a good sign. Be sure to give back and contribute to the site with your own translations when you can.

DramaFever is another video streaming website that lets users stream content for free with ads or for a subscription of $4.99 USD per month. Drama Fever started off as a Korean drama-only platform and is today owned by Warner Bros. It has licensing deals with all of the three leading Korean networks, including Seoul Broadcasting System (SBS), Korean Broadcasting System (KBS), and Munwha Broadcasting Corporation (MBC), and offers dramas with English and Korean subtitles.

The site offers over a thousand titles searchable by genre, date of release and popularity. To maximize your studies, be sure to download the Drama Fever apps and study with your favorite Korean dramas on the go, anytime you want.

The popular American streaming company Netflix offers an ever-changing selection of Korean dramas with English subtitles. Users must register for a paid subscription, which will give you access to Netflix on desktop and mobile apps. While the curation of Korean dramas on Netflix is limited, the site does a great job suggesting content that’s most relevant to you based on your interests and viewing history.

To make your Korean studies more efficient using Netflix, it’s a good idea to be open to a variety of content that you may not otherwise have watched. Unlike the above streaming sites that specialize in Korean and Asian dramas, Netflix won’t necessarily offer the largest database of content, but the site does feature some hidden gem that are often surprisingly entertaining! 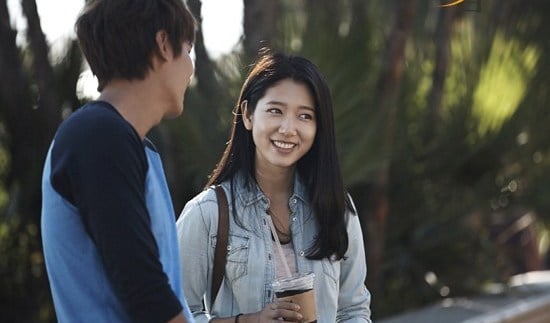 “Heirs” follows the complicated life of wealthy Korean young adults in their quest for love and self-discovery. The drama follows Kim Tan, a self-conceited Korean playboy, and heir to one of the most powerful chaebol families. Unable to abide by the strict rules of Korean society, his parents send him to the U.S., where he’s able to live a free, careless lifestyle and indulge in all temptations.

There, he meets Cha Eun-Sang, a Korean girl from modest descent, who crossed the Pacific in search for her older selfish sister. Their fates intertwine and as they get closer, Kim Tan’s jealous girlfriend forces Eun-Sang to leave, prompting the young heir to return to Korea to look for her.

This endearing drama is rich in colorful idioms and daily expressions that will set a solid groundwork for your Korean studies. Be sure to pay attention to the level of speech between Eun-Sang and the “chaebol kids.” This should teach you about perceived hierarchy in the Korean society and how language is deeply influenced by these codes and can also contribute to power plays. 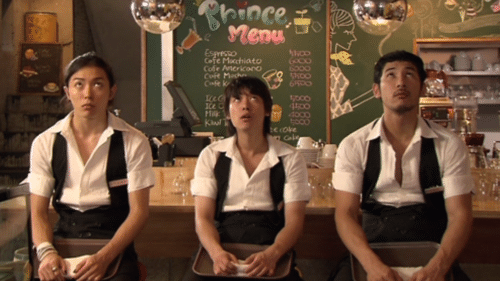 This popular 2007 Korean drama became an instant hit across Asia and was one of the first dramas to really spread the Korean wave of drama. “Coffee Prince” is the unlikely love story between Go Eun-Chan, a tomboy from a poor family, and Choi Han-Gyul, a womanizer with a chaebol pedigree. Much to the despair of his grandmother, a self-made food magnate, Han-Gyul spends his time in casual encounters and has no interest in the family business or the blind dates he gets put on.

One day he meets Eun-Chan, a clumsy girl whose slender frame and boyish outfits lead Han-Gyul to mistake her for a boy. Touched by her raw innocence, he develops a friendship with her and starts getting confused for his nascent feelings for her.

“Coffee Prince” is a fantastic introduction to the vocabulary of food and beverage and related expressions. If you’re interested in learning more about the history behind coffee brewery and its jargon, this drama will get you covered. Watching this touching drama, you’ll also realize that modern Korean incorporates a lot of anglicisms. Pay attention to the pronunciation of these words, which may be unsettling at first, and how they fit into sentences. 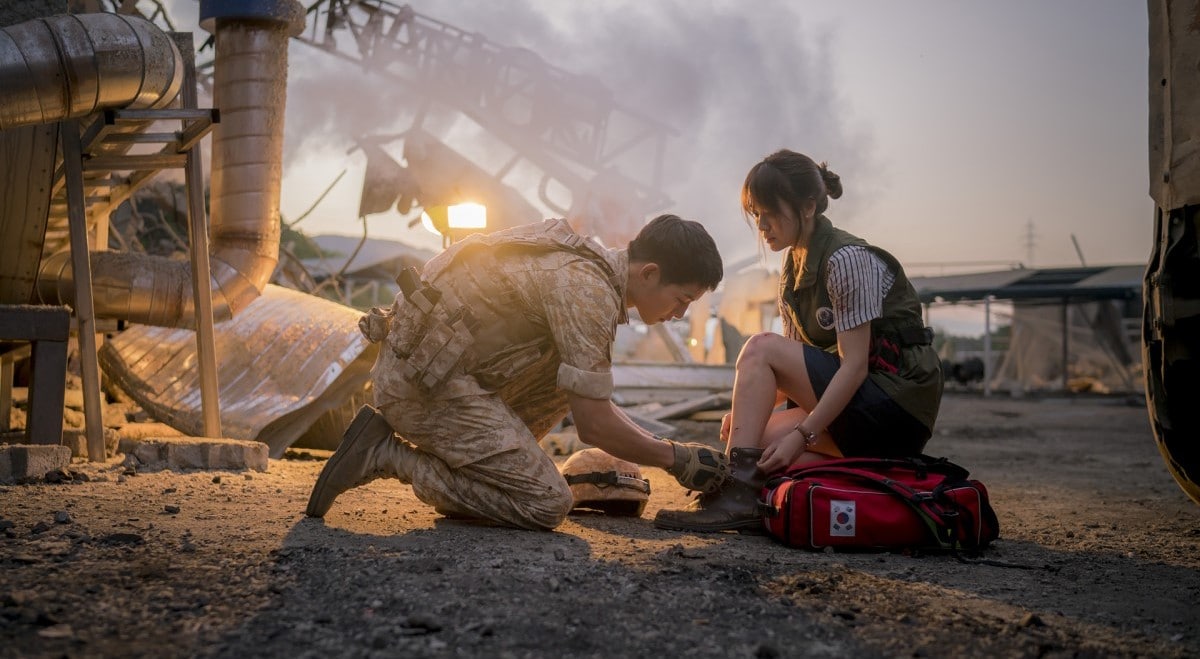 “Descendants of the Sun” is by far the most successful drama of the year 2016 and also one of the most fascinating Korean dramas ever made. The drama follows special forces officers Yoo Shi-jin and Seo Dae-young, whose unique skills in combat lead them to sensitive combat fields, from North Korea to Afghanistan.

On one of their rest days, they catch a motorcycle thief and injure him badly. As they stitch him and prepare to send him to the nearest hospital, the thief steals Dae-young’s phone. Upset, the men decide to confront him at the hospital, where they end up meeting Dr. Mo-yeon, who wrongly takes them for gangsters. It’s love at first sight for Shi-jin.

This drama is a great way to pick up some handy and very common technical words used to describe the military, including Army ranks, description of missions and army tools and weapons in Korean. You’ll also learn plenty of authentic expressions used in the army during training and combat. 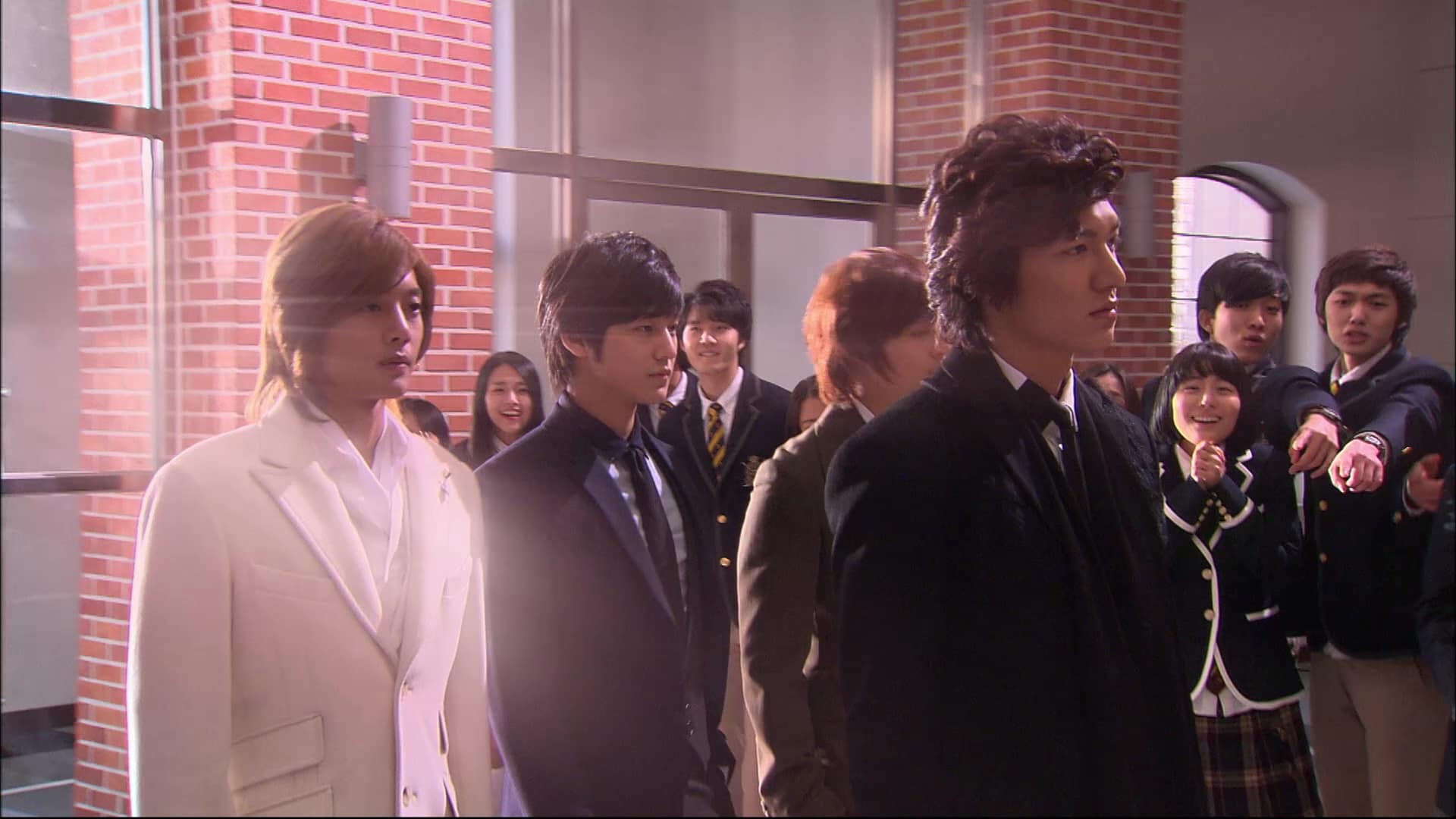 “Boys over Flowers” is another very popular Korean teen drama following the decadent lives of wealthy Korean heirs. It was based on the famed J-drama “Hana Yori Dango” and stars the very handsome Lee Min-ho as lead.

In this drama, Go Jun-pyo, the ring leader of F4—a group of four rich and good looking young men—gradually learns to become a better person as he falls for Geum Jan-di, the daughter of a family of laundry cleaners. All should go well, except for the numerous obstacles that get in the way of the two lovers.

This is a fantastic resource for useful and very common action verbs. The dialogues of “Boys over Flowers” feature a rich variety of sentence structures as well, especially dry declarative phrases expressing a variety of feelings, including surprise, anger, happiness and fear. 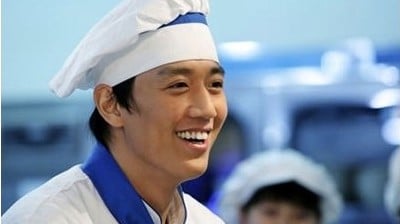 If you wish to learn more about the fascinating traditions and history of Korean cuisine, this food drama is a must-watch. “Gourmet” follows two promising chefs who grew up together as they compete for the title of Master Chef at one of Korea’s finest restaurants.

Lee Seung-chan, a bright and happy young man is the rising star at Woonamjeong. He works alongside Oh Bong-Joo, who he considers a brother, to perpetuate the family legacy. One day, Oh’s aging father decides to retire. Unable to name a successor, he decides to organize a cooking contest and let the best chef win, causing dissension in the family and uncovering a deep family secret.

“Gourmet” is quite possibly the best drama to discover the rites of Korea’s ancestral royal cuisine. You’ll learn a plethora of advanced words and expressions that were used during the Joseon era to describe lesser-known ingredients, ancestral dishes and culinary techniques, and even the philosophy behind Korean food. 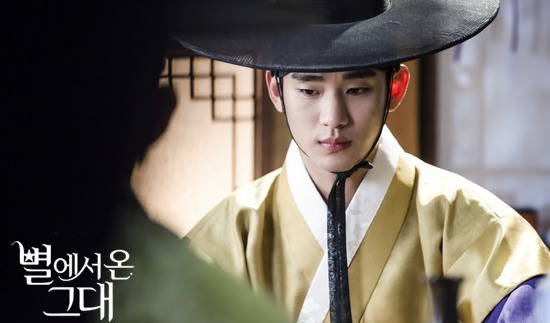 This quirky romantic drama follows Do Min-Joon, an alien who landed on Earth 400 years ago during the Joseon Dynasty period. Beyond his incredible looks, Min-Joon possesses numerous assets, including enhanced physical abilities such as a superhuman vision, an ability to hear from far distances, and amazing speed.

Highly critical and cynical about humans, Min-Joon’s world turns upside down as he falls in love with actress Cheon Song-Yi.

“My Love from Another Star” offers a glimpse into a wide range of expressions and levels of speech. Note how Min-Joo’s own language evolves from formal to more casual as he warms up to Song-Yi. You’ll also pick up a lot of useful words about acting and the film industry along the way.

Now that you know how to learn Korean with a drama and know just where to start, what’s holding you back from your Korean studies? That’s right, absolutely nothing. Have fun!

If you enjoyed this post, you’re already halfway to having the time of your life learning Korean with FluentU!

FluentU makes it possible to learn with K-pop videos, funny commercials, entertaining web series and more. Just a quick look will give you an idea of the variety of FluentU videos on offer:

FluentU really takes the grunt work out of learning languages, leaving you with nothing but engaging, effective and efficient learning. It’s already hand-picked the best videos for you (which are organized by level and topic), so you simply choose any video that strikes your fancy to get started!

You can use FluentU’s unique Quiz Mode to learn the vocabulary and phrases from the video through fun questions.

FluentU keeps track of what you’re learning, and tells you exactly when it’s time for review, giving you a 100% personalized experience.

Review sessions use video context to help embed the words in your memory.

The best part? You can try FluentU for free with a 15-day trial.