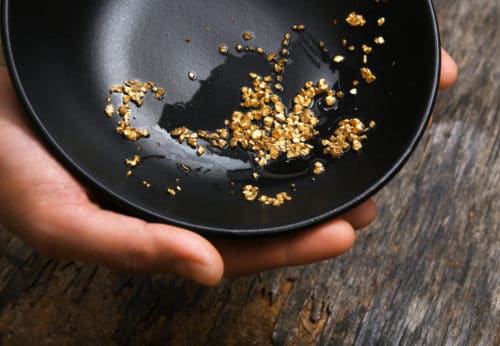 How to Use Korean Music to Actively Grow Your Vocabulary

Time to go digging for gold.

Korean learning gold, that is.

You can find it in the unlikeliest places.

Even an indie Korean tune or a jammin’ Korean rock ballad.

That’s right. Korean music is an awesome place to dig up new vocabulary, expressions and grammar lessons that you might not be getting from your more formal language studies.

In this post, we’ll show you exactly how to do it, plus examples using three fun pieces of Korean music.

No need for a hardhat—just grab your headphones and your favorite music player.

The Benefits of Learning with Korean Music

Learning Korean through music has a multitude of benefits, such as:

While listening to Korean music, you may find yourself singing along. That’s great from a language perspective! The rhymes and rhythms will help you inadvertently memorize the words and grammar structure you’re singing.

You get the added benefit of listening to a native speaker sing with the proper intonation, instead of audio recordings that are meant only to instruct. While those can be helpful for many language learners, they’re not nearly as engaging and memorable as hit Korean tunes.

Korean music is blowing up almost everywhere and its most popular genre, K-pop, can be heard in niche circles across the globe. However, if K-pop isn’t your thing, that doesn’t mean you won’t be able to find your perfect genre when studying with Korean music. An abundance of genres ensures that every language learner can find styles and content that suits them.

How to Turn Korean Music into Language Learning Gold

With the right mindset and listening techniques, any Korean song can become an instant language learning tool. It might be daunting at first, but all you need to do is commit to a genre and then to a song.

Once you’ve decided you like a Korean song enough to listen to it countless times over, then you have enough to get started.

As a Korean language learner, there are probably several words you’re able to pick up in a song that you don’t know the meaning to. But how can you tell if these words are important to you as a Korean learner?

Pick out words from the Korean song based on their:

These parameters will help you identify key common words that you may one day need when talking with native Korean speakers. They’ll also help you weed out niche or dated words that aren’t really relevant to you, so they don’t distract or overwhelm you as you’re trying to study.

For each song, try to collect five to ten new vocabulary words. This will help ensure you’re studying with a song that’s appropriate for your proficiency level.

If there are many more words you don’t understand, you probably need to start with an easier song. If you’re struggling to find even five words you don’t recognize, look for something more difficult!

Step 2: Determine the Context for Your Vocabulary Words

Once you have your vocabulary words selected, the next thing to do is understand each word’s context within the general message of the song. If you can get a good feel for what the song is about, you’ll have a better chance at understanding how and why a word was selected in the lyrics.

Learning vocabulary in context teaches you valuable comprehension skills you’ll need in real life. You won’t always be able to pull out a dictionary or ask a Korean speaker to translate into your native language. Instead, you need to get comfortable figuring out the “gist” of any communication.

Since music is typically repetitive and not built on complicated narratives, it’s a great tool for practicing listening for context.

There might be some instances where you can’t discern meanings of the lyrics based on context alone. In that case, popular online dictionaries, such as Naver, can help give you that extra learning boost. Naver’s dictionary is one of the best because it includes sample sentences, multiple definitions and in some cases, Chinese characters for a fuller understanding.

Step 3: Replay the Song to Improve Your Understanding

Listen to the song again and read over your new vocabulary. Make sure that you understand the context of each word.

This is also the time where you can practice pronunciation. Take note of how the singer pronounces each word and try to imitate the tone and inflections while you practice. It’s a surefire way to quickly gain competence with native speakers!

During the repetition phase, you might also consider using your new vocabulary words to create new sentences. By doing this, you can really ensure that your understanding of these new words is sound and accurate.

Use these new words in conjunction with words you already know and are comfortable with to make sure that your focus is solely on the new vocabulary.

3 Korean Songs to Practice With

Now that we’ve outlined a simple way to learn with Korean music, let’s put this learning method to the test! The following examples will only provide three new vocabulary words, just to give you an idea of how it’s done.

“Night Blue” by My Aunt Mary

This indie alternative song is about reflecting on a lost relationship as the singer describes a night where he’s unsure if he should call his ex or not. As such, it uses situational language, describing the singer’s daily actions.

항상 doesn’t have a subject or object marker, which means there’s a high chance it’s an adverb. The same goes for 문득. Both words can appear anywhere in a sentence without altering the sentence’s meaning.

Contrarily, 모른 척 is identifiable because it follows the format of Korean modifying verbs (verb 모르다 + present ㄴ/은, turning it into an attributive form for a noun).

“Love Song” is a different twist on a quintessential love song, as this is about a man singing to a woman who has passed away. The language used is slightly more poetic than the average K-pop song.

의미 없어 follows the format of noun + is/is not, which allows the listener to immediately identify its meaning as “[X]-less” or “without [X].”

In the lyrics, 외롭지 않게 is used in the negative -게 form, which, when used in song, usually means “so that… not…” 여전히 is easily identifiable as an adverb because it carries no subject or object marker.

“Don’t Worry, My Dear” is a timeless folk song from legendary folk rock band Deulgukhwa. The vocabulary in this Korean song is much simpler so as to evoke deep feelings of love, loss and hope.

후회 is followed by 없이 (noun + is/is not), so again, the listener can immediately identify its meaning as “[X]-less” or “without [X].” On first glance, 깊이 looks like 깊 + (subject marker) 이 but the placement in the sentence (and further investigation with Naver) shows that this is an adverb.

새로운 is identifiable as a modifying adjective (adjective 새롭다 + present ㄴ/은), allowing it to modify the proceeding word, 꿈 (a new dream).

Try using your favorite Korean music to add some spice to your vocabulary lists! Choose a genre and have fun with this unique way to study.