The Guide to Spoken Brazilian Portuguese: How It Really Sounds

Portuguese as it’s spoken in Brazil and the official, written variety are two quite different animals.

As you dive deeper into the language and as you chat with Brazilians, you’ll pick up plenty of the spoken language’s features just through osmosis.

But it’s also worth pausing for a moment to examine some of the elements of spoken Portuguese in detail, and that’s what this post is all about.

The Differences Between Spoken Brazilian Portuguese and the European Varieties

Many European Portuguese speakers insist that theirs is the “authentic” or “correct” Portuguese, which is as silly as believing that your favorite color is the “correct” one. And that coexists with the wrong idea that Brazilians changed the language while Portuguese people have maintained it.

In reality, all versions of all languages constantly change and have always been changing (for more on that, check out the highly recommended John McWhorter’s “Words on the Move”). The Portuguese as it’s spoken in Portugal has morphed just as much over the centuries as the Portuguese spoken anywhere else.

Another very strong marker of the European variety is the loss of the gerund, so a European would say estou a comer instead of the Brazilian estou comendo (I’m eating).

There are plenty of other differences between European and Brazilian Portuguese, far too numerous to go into here. This is why you generally choose to focus exclusively on one or the other right from the beginning of the Portuguese-learning process.

All About Spoken Brazilian Portuguese: What the Textbooks Don’t Tell You

The Sounds of Spoken Brazilian Portuguese

Learning spoken Brazilian Portuguese involves listening to sounds (Portuguese podcasts can help!) and then trying to spit them out yourself. But it can be worth also taking some time to explicitly focus on the phonic features of the language and how they’re different from what you might expect.

A great way to do this is to start consuming Brazilian mass media. TV shows, movies and Brazil’s special brand of music can get you well on your way to sounding like a Brasileiro.

Immersing yourself in the language is a critically important step to take. If you can’t visit Brazil, consider putting together a DIY at-home immersion environment, or using a virtual immersion program. This might mean playing music from Brazil in the background as you clean or actively watching one authentic video on the FluentU learning program per day, then completing the follow-up quiz.

For simplicity, I focus here specifically on the sounds of the Portuguese of the São Paulo, Minas Gerais and Rio de Janeiro states, which is what most learners and learning materials tend to target.

Portuguese is like its famous Romance cousin French because it not only has terrifying vowels but also sometimes requires you to stick those vowels right up your nose.

Pronouncing them means expelling the vowel sound not just through your mouth but also through your nose. To me, it feels like trying to strike some reverb in my forehead.

Nasal vowels are indicated in Brazilian Portuguese with a tilde (~) over the vowel or when the vowel is followed by an m or an n, with that consonant not pronounced. Here are some examples:

Pop quiz: Which of the words above has an m sound like in “mother,” where you put your lips together to form the consonant?

Answer: Only the word irmã, because the m there is written before the vowel. All the other m’s and n’s above aren’t pronounced—they serve only to indicate that the vowels before them are nasalized. Your lips don’t come together at all when pronouncing em, fim and dentro.

This can be quite hard for Portuguese learners to remember, as they so often study the language with reading and writing rather than from pure speech. There is a huge tendency, which must be unlearned, to pronounce the m and n after a vowel.

Some vowels and consonants are lost in speech when words are contracted and shortened.

A very common example of this is pra, the shortened and more common version of para, which means “for/toward” or sometimes introduces infinitives.

I’ve previously mentioned how forró dancers can use this word as part of a goofy invitation to dance:

Using para here instead would sound fine but much more stilted and a bit odd. (Some speakers might forgo the word entirely and say vamos ralar…)

Consonants are also often lost in Brazilian speech, especially from the infinitive forms of verbs. So we see the word comer (to eat) but we pronounce it comê; we’d never pronounce the -r at the end.

As you continue with the language, you’ll see plenty of other examples, both standard ones that appear in textbooks (like contracting em and um into num to mean “in a”) and ones that you’ll just have to pick up from being attentive to speech (like pessoa becoming p’ssoa for “person”).

Be conscious that these aren’t just ticks or quirks but features of the spoken language that you can employ yourself.

While you don’t have to worry about pitch as much as if you were learning true tonal languages like Mandarin Chinese or Bantu languages, Portuguese makes striking use of pitch beyond just for fun or for singing your favorite samba rock.

As you speak more with Brazilians, you’ll notice that pitch does actually impart meaning in the spoken language.

For example, take this question:

If a friend asks me this just to get some information about last night and how it went, she’ll likely use a falling intonation at the end of the sentence, trailing off into a low register.

But if Bruna’s boyfriend is a possessive, jealous dude and my friend is scandalized, she’ll likely use rising intonation at the end of the very same sentence, which indicates that she’s not so much seeking information but is rather expressing surprise. (English speakers may use rather opposite intonations in these situations.)

It’s far better to just “pick up” tones from context as you learn than to read dry academic studies of their use in Brazilians’ communication. But knowing that they’re there, and that they serve a communicative purpose, can help you be attentive to them.

Greasing the Gears of Good Brazilian Communication with “Discourse Markers”

For example, they show whose turn it is to speak, mark hesitation, provide emphasis or show sequence. Such “discourse markers” have been estimated to make up 25% of spoken Brazilian Portuguese, and yet they’re often omitted from language training.

I can’t remedy that failure in one section of one blog post, but here are some of the most common and useful discourse markers to be aware of in order to get you started and give you a sense of what sorts of things to pay attention to.

olha — This literally means “look,” and like the English word it can be used to show that you’re about to launch into a longer explanation and you’d like the listener to pay attention. For example:

aí — This is a sequence marker; it shows separation and emphasizes that one event happened after the other. For example:

Eu só falava com ela e aí foi ela que me convidou a dançar, né? (I was just talking with her and then she asked me to dance, ya know?)

né? — This is a contraction of não é? (isn’t it?). It litters the ends of spoken phrases much like “ya know?” or “right?” in English to solicit agreement and positive involvement from the listener. It’s a way of ensuring that the speaker and listener agree on context and a way for the speaker to try to make the listener feel involved and complicit.

In the example from the previous paragraph, it’s a sneaky way for the speaker to rope the listener into taking his side. As if to say: “It was definitely not my fault that we were dancing and you agree with me, I’m sure.” 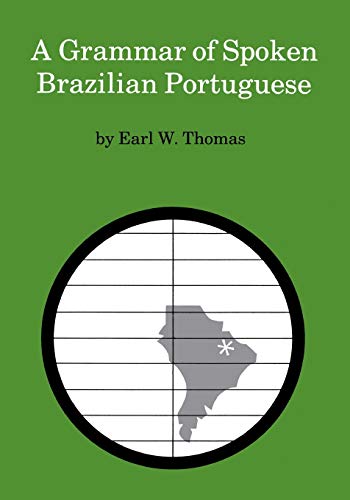 Another useful book for me in putting together this post was “Portuguese: A Linguistic Introduction,” which might get a bit too far into the linguistic weeds for casual learners, but is a fascinating reference.

If you do language classes or exchanges (remember that you can do them from anywhere in the world, online!), be sure to tell your Brazilian teacher or exchange partner that you’re interested in the language as it’s actually spoken, including real pronunciation, slang, discourse markers and all the other real language bits that aren’t taught in most classes.

You might give your teachers examples from this article and encourage them to help you find more such features and to correct you when you mess up even tiny things.

It can be hard to get Brazilians to correct you on something as little-noted as discourse markers or a silent m, but as we’ve seen, these are essential features of the spoken language.