15 Untranslatable Russian Words and What They (Sort of) Mean

Russian has quite a few words and phrases (and plenty of jokes) that don’t have a direct translation into English, making the transfer of ideas between the two languages messy at times.

In this post, I’ll give it our best shot.

Learn these untranslatable Russian words and you’ll be learning a bit more about the culture and language!

Untranslatable Words and Why Every Language Has Them

Languages aren’t developed in a lab (unless you’re looking at Constructed Languages, which literally are created artificially).

They’re born out of necessity and grow along with the cultures that use them. Because of this, languages create words that are important to their cultures.

Sometimes, these words don’t exist outside of the single language. Other times, the entire concept is completely untranslatable to other cultures.

The untranslatable culture of the Russian language

What does this mean for Russian?

The Russian language is in large part a product of its environment. For instance, much like the often-cited 50 Eskimo words for snow, Russian has a different word for every possible type of snow- and rain-storm imaginable:

There are also a few words in Russian for things that simply don’t exist anywhere else, like:

Other words are hard to pin down because their definitions rely too much on connotation, like the Russian дача, which can be roughly translated as “country house” but has a much deeper meaning for Russians as a historic and national phenomenon.

Learning words that only exist in Russian will, of course, boost your vocabulary.

And so much more than that! You’ll be learning about the culture of Russia, the history of the language and the values that Russians hold dear enough that they require words of their own.

There are plenty of ways to discover these wonderful Russian-specific words, but one of the best is by listening to Russian speakers do their thing. An immersion-based program like FluentU can help you with this. FluentU uses authentic Russian videos to help you understand how native speakers actually use the language while reinforcing vocabulary and grammatical concepts through interactive captioning and adaptive flashcards.

These words are so uniquely Russian, that the very concepts they refer to don’t even exist in English.

You might see тоска translated as “boredom” or “melancholy.” Some dictionaries equate it to “yearning.” Others say it means “ennui.”

It means all of this and more.

The word isn’t used that often in everyday life, but has been used in Russian literature to describe that “Загадочная русская душа” (“mysterious Russian soul”).

Take it from Владимир В. Набоков (Vladimir Nabokov), a great Russian writer, who described the word as such:

“At its deepest and most painful, it is a sensation of great spiritual anguish, often without any specific cause. At less morbid levels it is a dull ache of the soul, a longing with nothing to long for, a sick pining, a vague restlessness, mental throes, yearning. In particular cases it may be the desire for somebody or something specific, nostalgia, love-sickness. At the lowest level it grades into ennui, boredom…”

Let’s lighten things up a bit, shall we?

If you take this word apart, you get:

Yep, недоперепил​ literally means “not drank up too much.”

It sounds ridiculous, but that’s about as close of a translation as you can get to this uniquely Russian word: A state of being where you’ve drunk a lot but not as much as you could (or wanted to). The word has a wistful tone, implying that you wish you’d drunk more.

So if you’re out at a bar and the barista cuts you off, you can say, “Но я же недоперепил!” (“But I haven’t yet drank as much as I can!”)

If you have a mild hangover but not the terrible bout you were expecting, you might say, “Кажется я вчера недоперепил” (“It looks like I didn’t drink to my limit yesterday”).

What a wonderful word! (And what an exciting life you live!)

Russian has a few other drinking words that don’t have an English analogue:

запой — a drinking binge that usually extends beyond a few days

But that’s enough drinking for one post. Давай, давай! (Come on, come on!) Moving on!

This word can be very roughly translated to “boorishness” or “audacity,” but honestly, neither come close to the full meaning. It refers to the insolence, the rudeness, of someone who doesn’t follow societal rules. You might say that it’s like “being cheeky,” but in a more severe sense.

For the definition of this one, let’s come back to our dear writer, Nabokov. He translated it as…

The Russian culture has historically praised proper manners and good-naturedness, so it follows that they have a word for someone who’s poorly behaved toward others.

In fact, the language has a number of similar words that likewise don’t have true translations (though we’ll give approximate equivalents below):

наглость — impudence
грубость — rudeness in a rough sort of way
нахальство — impertinence, having nerve or gall

Here’s a case of a word that doesn’t have a translation simply because it describes something that doesn’t exist in English. The распутица is a season of bad roads, a time during spring and fall where the snow and rain are so bad that they render unpaved roads practically impassable.

Some have surmised that the word has something to do with Распутин (Rasputin), but the real origin is more useful for the language learner: it comes from the root путь (road) and the prefix рас- (like the English “dis”). In other words, to “disroad”!

Although авось can be said to mean “maybe” (or more literally, “may be”), the word has a more in-depth meaning as well.

The concept of авось is more like a blind belief that things will work out. It represents the optimistic hope that luck will be on your side.

You can use it as a strange mix of “hopefully” and “have faith”:

Авось Бог поможет. — Hopefully/I have faith that God will help.

You can also use the phrase “на авось,” which is actually closest in translation to a well-known Spanish saying: “Que sera, sera.” In other words: Luck, faith and whatever will be, will be! 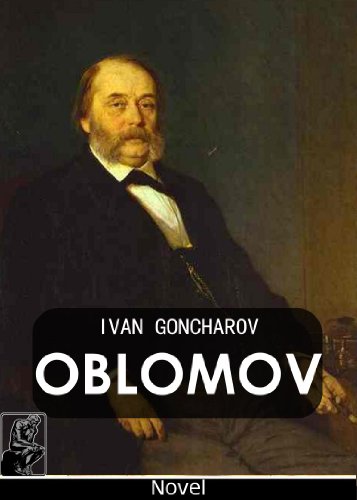 The idea of авось builds onto the historic Russian stereotype of people who don’t do anything to resolve their problems but still expect a positive outcome. The same concept gave the Russian language a word that does exist in the English language: судьба, or fate.

For a literary look at that elusive русская душа and the philosophies it holds dear, have a read of “Oblomov” by Ivan Aleksandrovich Goncharov (“Обломов,” Иван А. Гончаров), about a character who doesn’t do or not, but rather simply… exists:

“All his anxiety resolved itself into a sigh and dissolved into apathy and drowsiness.”

This wonderful word is similar to the English word “rouse,” as in “rouse yourself from sleep.” And “flutter,” as in “a bird fluttering its wings.” And “beat,” as in “a heart beating faster.” And…

Okay, you get it.

So much meaning packed into one word! Although it’s mostly used in poetry, like in the timeless Russian poetry of Afanasy Fet (Афанасий Фет), this word is a perfect example of the versatile nature of the Russian language.

It comes from the root word трепет (thrill or awe), and is often used to refer to nature or humans (leaves can flutter and rouse themselves).

Like this word? Here’s a word with a similar concept: оживиться — to “liven up,” or, literally, to “bring life to yourself.”

You might not realize it, but you already know this word. Remember Ivan the Terrible? In Russian, he’s Иван Грозный!

Although it’s translated as “terrible,” грозный is closer in meaning to “threatening” or “overbearing.” The moniker wasn’t given to Ivan for his terrible deeds, but rather his fearsome nature.

We’re paying another visit to the mysterious Russian soul in this entry, with the word совесть—which is a sort of combination of conscience and morals, all rolled into one word.

Depending on the phrase, this word translates in slightly different ways to English:

угрызения совести — “something eating at your conscience,” literally “gnawings of conscience”

But in a nutshell, совесть is the feeling of being expected to follow social morals, an intrinsic duty to have a conscience by human nature (rather than by law or through learning).

You might recognize the root this word derives from: удар (a hit).

Naturally, ударник can be used literally to mean drummer, the hammer of a gun or a hammer in general (and various other “hitty” things).

But in a broader sense, ударник is also a model worker, an upstanding employee who’s used as an example for other workers for how they should behave.

This word has historic origins, dating back to Soviet-era Russia to hyper-productive workers called “shock workers.”

The idea was that by elevating hard workers to a position of national importance, other citizens would follow their example.

Although the word isn’t used often today in this sense, it’s an important part of Russian history, and you’ll still occasionally hear it live on through the phrase “ударный труд” (“shock work”)—which refers to extremely hard or productive labor.

Russian Words That Don’t Have an English Equivalent

Below are some words that do have an equivalent concept in English, but no single word to refer to it.

Someone who asks a lot of questions. Think of a toddler constantly asking “почему?” (“why?”).

The falling of leaves in autumn, like snowfall (снегопад).

This one comes from the words for лист (leaf) and падать (to fall).

To put a baby down to sleep while singing to them. English has similar words—to lull, to rock—but no single term that so nicely sums up the concept.

Put your baby down to sleep with a Russian lullaby that uses a variation of the term!

Many Russians are baffled by the fact that English doesn’t have a single word for this concept: to make it on time, or to have enough time to do something. This one word covers both definitions in a neat package:

While English has the word “day,” there’s no version of this Russian word, which refers to “a 24-hour period.”

Okay, so English is not the most expressive language when it comes to showing our excitement about something. Russian, on the other hand, is.

Many terms in Russian that express awe are idioms that don’t translate literally, but they all have different levels of excitement and meaning.

For instance, the phrase “ничего себе!” literally means “nothing for myself!” but is used as a way of saying “I can’t believe it!”

Here are some other fun ways to show how amazed you are at something:

Russian has plenty of untranslatable moments.

After all, how do you translate this perfectly acceptable response to a question: “да нет, наверное” (literally: “yes no maybe”—though meaning more along the lines of “well, probably not”).

As you learn more about the Russian language, you’ll get a deeper sense of the culture that birthed it. And after a while, the language’s idiosyncrasy will become second nature to you.

Good luck on your journey to fluency!