Russian Cases from Scratch! Everything You Need to Know

Russian cases are one of the most challenging aspects for learners.

In this post, we’ll examine the reasoning behind why Russian cases exist in the first place.

We’ll also break down Russian cases into their most essential parts, raw and stripped-down, and look at how you can gradually cook up your understanding of them to perfection.

Why Russian Has Cases for Differing Usages of Nouns

With the Russian declension of nouns, each word in every sentence serves a specific function. This confers mobility to the words and allows word order to be an indication of the focus or stressed information within a sentence.

To put it another way, because the role of each word is pre-determined, words can be readily rearranged to produce significant changes in meaning or to highlight specific information within a sentence.

By contrast, word order is a grammatical norm in English that follows the sequence Subject-Verb-Object. This reduces the flexibility for emphasis unless more complex or less common structuring is used.

To put it simply, Russian noun cases allow for a greater range of meaning in simpler sentences.

So Are Noun Cases Especially Hard for English Speakers?

Although Old English and Latin use inflection of nouns, Modern English retains a very minimal aspect of this practice.

Those who are linguistically oriented may be interested to know that contemporary English actually has three declensions which we can relate to the Russian ones we will presently see.

Nominative: Subject of the sentence.

Genitive: Indicating possession or relation (“his,” “her,” “their,” “school’s courtyard,” “player’s boots”).

Accusative: Object of the sentence.

But even for these three, with the exception of “s” to show possession, it is only the pronouns that are fundamentally changed. Pronouns are also sometimes repeated over different cases.

“Your” (which is similar in sound to “you”) occurs in the genitive.

These are just examples, but they are here to demonstrate that while there are sometimes changes based on the role of a word in the sentence in English, these changes tend to be minor and limited.

The effect of this is that English speakers are left relatively unprepared to handle the six noun cases found in Russian.

We can add a list of other circumstantial factors to soothe our egos even further:

You could add more excuses to this list, I suppose. But what are we going to do about it? Let’s start with the following…

How to Simplify the Learning Process for Russian Cases

Now, with no further ado…

The Simple Guide to Russian Cases

Ready to take a crack at it? Let’s dive right in.

Below is a very basic simplified model for understanding the cases. For now, we are going to stay clear of pronouns and plurals. However, at the end of this overview, we will provide some resources you can use to explore all of the cases in more detail.

Case #1: Nominative (subject of the sentence)

(The book is on the table.)

Nothing much to do here! When a noun is the subject of the sentence, it is in its basic form; the one that you will find in the dictionary.

(The book is on the table.)

The word столе here is a noun in the prepositional case. Russian nouns in this case are preceded by prepositions, such as в (in), на (on) and о/об (about).

The noun and preposition together answer the questions о чём? (about what?), о ком? (about whom?) and где? (where?).

For masculine nouns ending with a consonant or ь: Add е to the consonant and replace ь with е.

For feminine nouns ending with ь: Change ь to и.

For nouns ending with а or я: Change а/я to е.

The only other time when the change is to и rather than е is when a word ends with ия or ие. In this case, the ending will become ии.

Vera and soup are the objects of Mike’s love and nouns here in the accusative case.

In Russian, accusative nouns can also answer the question куда? (to where?).

Куда ты идёшь? (Where are you going?)

The word офис is the object, or exists in the accusative state in Russian. Note the implication of moving somewhere in куда? (to where?) as opposed to the static positional aspect of где? (where is/are?).

For feminine nouns ending in ь and inanimate nouns (things) ending with consonants: These remain the same.

For masculine animate nouns (people, animals) ending in a consonant: Add а or я to the ending.

For nouns ending in о or е: They remain the same.

These examples provide an understanding of how this case can be encountered in both English and Russian.

In Russian, however, the genitive case includes a range of prepositional phrases that imply both a relationship and the lack of one.

Some of these are:

У can also be negated to indicate a lack of possession.

With all the above prepositions, the word following the preposition is regarded as the possessor and its ending has to be changed to reflect the case.

A relationship can also be expressed without a preposition. This has an equivalent in English phrases with the word “of”:

время урока (time of the lesson)

This case is also used to answer the question откуда? (from where?) using the preposition из (from, with reference to a location from which some movement began).

Though this case appears difficult, it is relatively easy to identify while reading a sentence. Using it may take a little practice but you will gain the satisfaction of building more complex sentences that pack in a larger amount of information.

Masculine nouns ending in consonants or ь: Add а to the consonant and change ь to я.

Feminine nouns ending with а or я or ь: Replace а with ы or и and replace я and ь with и.

Case #5: Instrumental (implement or agent we use)

The pen in this sentence is a tool used to perform an action and hence it is in the instrumental case.

However, Russian does not stop there.

All uses of “with” in Russian, including those that actually take the preposition с (below) are regarded as being in the instrumental case, including when they refer to people.

Curiously, some positional prepositions are indicators that the following word is in the instrumental case. But by now, you are used to such incongruities and this is another one to just roll your eyes at and accept philosophically.

Prepositions that call for the instrumental case are:

For nouns ending in a consonant: Add ом to the ending.

For masculine nouns ending in ь: Change ь to ём.

For nouns ending in а or я: Change а to ой and я to ёй.

For feminine nouns ending in ь: Change ь to ью.

For nouns ending in о or е: Change о to ом and е to ем.

(I ordered flowers for my girlfriend.)

Flowers is the direct object in this sentence while girlfriend is the indirect object. Noun cases of this type answer the questions чему? (for what?) and кому? (for whom?).

It also answers the question куда? (to where?) using the preposition к (to or towards) in a subtle distinction from what was mentioned earlier in the case for direct objects.

Note that в and the direct object case (the accusative, #3) are used when an area can be occupied due to the movement. к and the indirect object indicate movement that is merely towards or in the direction of someone or something.

For nouns ending in consonants: Add у to the ending.

For nouns ending in ь: Change ь to ю for masculine nouns and ь to и for feminine nouns.

For nouns ending in а or я: Change а/я to е.

For nouns ending о or е: Change о to у and е to ю.

Test yourself and check your understanding.

Try speaking to some Russian speakers; stumble over the sentences and garble the endings of words.

What’s important is to start thinking in Russian using the grammar and syntax you have just learned.

When you are ready to go further, check out the book “Russian in an Easy Way” by Gulnara Useinova to deepen your understanding of cases.

For more information and focused practice, Pa-Russki has a section on cases that includes practice exercises.

Something that may strike you sooner or later, with enough exposure to Russian speakers, is that though complete mastery of these noun cases may be hard, there is an intuitive quality to them that eventually makes the right declension appear at your lips without you having to wrack your brains. 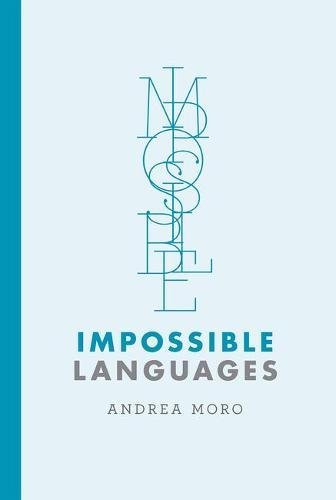 In his book “Impossible Languages,” Andrea Moro identifies fallacies to linear sequencing in syntax as essential to any human language. Noun cases are grammatical structures that encrypt this feature in Russian.

Indeed, it is possible that whatever linguistic organ we possess can be easily persuaded to accept this grammatical element, providing richness and variability of expression!

Vikram John works as an English Teacher in Almaty, Kazakhstan. He aspires to master Russian and disseminate the English copula among Russian speakers.