Like It, Love It: How to Say I Love You in Russian (Plus More Romantic Phrases!)

There are certain countries, languages and cultures that are naturally associated with love and romance.

Take France, for instance. How many people do you know who’ve gotten engaged—or at least dreamed of getting engaged—in Paris? Perhaps in view of the Eiffel Tower?

Italians also have a reputation for being romantic. After all, Sophia Loren (one of the last surviving movie stars from the Golden Age of Hollywood) hails from Italy. Saint Valentine was also Italian. In fact, he may be the most widely recognized saint, given his association with День Святого Валентина (Valentine’s Day).

But what about Russian?

When was the last time you told someone you were learning Russian and received the response, “Ahh, Russian, such a romantic language?”

This probably hasn’t happened too often.

Instead, a more likely response might be, “So, you’re practicing to become the next James Bond villain, huh?”

Granted, you might’ve initially been motivated to study Russian due to your love of spy novels, but there’s also a romantic side to the language with which you should acquaint yourself.

Why Should You Learn to Express Your Romantic Side in Russian?

There are several opportunities to use love language in Russian!

And while many people are too intimidated to read the classics, the names of Tolstoy, Pushin and Solzhenitsyn are easily recognizable even amongst non-fans. 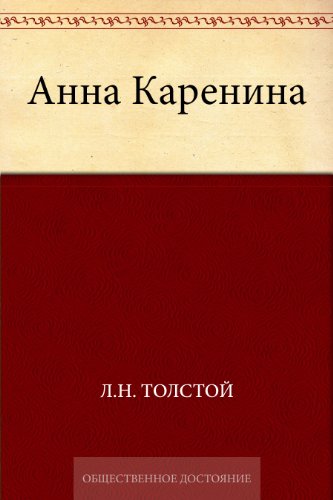 Russian literature is often stereotyped as being tragic, and for good reason. But there are plenty of Russian love stories (some of which actually end well) to choose from. Some of the most well-known Russian love stories include Анна Каренина (Anna Karenina) by Толстой (Tolstoy), Первая любовь (First Love) by Тургенев (Turgenev), and Мастер и Маргарита (The Master and Margarita) by Булгаков (Bulgakov).

When Exploring the World of Dating and Relationships

Some say dating a native speaker is one of the best ways to learn a language.

If you have aspirations of finding yourself a Russian друг/подруга (male friend/female friend) or someone more serious, such as a девушка (girlfriend) or парень (boyfriend), then you should be prepared. And if you’re a fan of dating apps, Tinder is available in Russia.

But even if you aren’t looking for a romantic partner, you might be able to find your next language exchange partner on one of these apps.

Swimming in the blue waters of Bali, visiting Neuschwanstein Castle in Germany and seeing the Northern Lights dance across the sky in Iceland might be the typical romantic destinations that come to mind, but there are several in Russia you might not have considered.

If you’re headed to Russia and want an ideal place to propose to your loved one, a cruise through the canals of St. Petersburg—often referred to as the “Venice of the North”—or a stroll through the gardens of the Peterhof Palace might be the place to pop the question.

In addition to learning some key phrases for dating, there are a few etiquette rules to keep in mind:

Like It, Love It: How to Say I Love You in Russian (Plus More Romantic Phrases!)

“I Love You,” “I Like You” and Other Confusing Concepts

To get started on your search for love, you’ll want to familiarize yourself with the following phrases.

But just like any other language, Russian has a few nuances that can make it difficult to understand someone’s true intent behind the saying. Like in English, someone can mean two different things when they say “I like you.”

Thus, it’s important to educate yourself on the dating culture of Russia and how Russian people talk about romance!

One of the best ways to this is by watching movies, TV series, music videos and other forms of entertainment in Russian. Not only can you learn loads about the culture, but you can also learn tons of new vocabulary and grammar.

The phrase “…мне нравится” (…is pleasing to me) can be used to indicate both preference and romantic feelings. For example, it can be used to express a liking for a certain food, a general liking for a person or feelings of attraction toward someone.

Or if you do like her as a person or friend,

Since Мне нравится can be used as a generic statement that implies nothing more than a platonic association and feelings of attraction, it can be difficult to differentiate between the two meanings. Just like in English though, you’d be able to tell if you’re being friend-zoned or if someone actually takes interest in you by looking at the context.

Quite simply, if you’d like to convey your feelings for another person, and you want him or her to know that you find them attractive, this is what you want to use.

You can choose to change the word order and say “Я люблю тебя,” but there’s no significant difference in the meaning of the two. Some Russians prefer to emphasize the last word in a sentence, thus Я тебя люблю may be preferred.

It’s important to note that you really wouldn’t ever say “Я люблю Вас.” Вас is the formal version of тебя. Вас is used to address strangers, people you don’t know well or individuals of authority. Hopefully, the person you have romantic feelings towards is someone you know well, so you’d only use the informal тебя with that individual.

Hopefully, if you’re ever in the position where someone tells you they love you, you’ll reciprocate the feeling. If that’s the case, use this sentence.

But once you’ve been in a relationship for a while and want to emphasize the depth of your feelings and devotion, you might want to consider using some of the next few phrases!

As you’d expect, this is a rather serious declaration, so think carefully before using it. Saying it too early might be like saying “I love you” on the first date in English.

What a cute phrase!

But be careful—don’t let its adorableness deceive you. While in English we might think this sounds like a cheesy phrase any lovebirds would say, Russians take it a bit more seriously.

Similar to Я тебя обожаю, this is a significant comment and shouldn’t be used too early in a relationship.

6. Я люблю тебя всем сердцем — I Love You from the Bottom of My Heart

Perhaps even deeper than the previous two, this is a rather serious phrase and shouldn’t be used lightly. It’s probably better to wait until you regularly tell your partner “Я тебя люблю” before taking it to the next level with this saying.

Of course, not all love is reciprocated. If someone expresses their love for you and you don’t feel the same way, come clean immediately and say “Давай останемся друзьями.”

When trying to make a good impression and showcase your intentions, compliments are a good way of setting yourself apart from normal friends and expressing your appreciation for the other person’s efforts.

All three of these comments are everyday sayings you can use with your love interest. None of them are over the top, so it’s acceptable to use them right from the start of a relationship, or even as a way of showcasing your interest before the first date.

In Russian, you’d use (Ты) такая красивая for women and (Ты) такой красивый for men.

These sentences are appropriate to use when complimenting your date for the effort they made to look nice for the occasion.

Who doesn’t like getting told they have beautiful eyes?

You’ll be glad to have this phrase handy when getting lost in the dreamy eyes of your date or significant other. Not only will they be pretty flattered, but they’ll also be fairly impressed by your romantic Russian abilities!

10. У тебя отличная улыбка — You Have a Great Smile

Another oldie but still a goodie, telling your love interest they have a wonderful smile is another great way to compliment and appreciate them.

Typical Russian Pet Names for Your Loved One

As is common in other languages, Russians have a number of special nicknames they use to address their loved ones. Some of the most common pet names include:

Russians also like to use the names of animals for their romantic partners, such as:

Useful Expressions for Dating in Russian

Next up, we have a few expressions and questions that may be helpful before, during or after a date.

16. Ты свободна в эти выходные? — Are You Free This Weekend?

It should be noted that traditional gender roles are alive and well in Russia.

In other words, Russian men open the door and carry the heavy loads, as women aren’t expected to fulfill these duties. But this traditional gender role means the vast majority of the time, men ask the female out. As a result, this phrase should be used by a man and directed toward a woman.

17. Ты хочешь поужинать со мной? — Would You Like to Have Dinner with Me?

Speaking of gender roles, Russian men typically pay, or at least offer to pay, for dinner. If a man doesn’t pay—or at least on the first date—he may offend his date and risk not seeing her again.

18. Спасибо за чудесный вечер — Thank You for a Wonderful Evening

This is a great way to end the night and thank your date for their attention, planning and effort. This phrase can also be used in non-romantic situations, such as when a party is breaking up or when friends are saying goodbye after an outing.

19. Мы можем увидеться снова? — Can We See Each Other Again?

It’s a good idea to gauge your companion’s interest in continuing the relationship if you’re interested. This is especially helpful because Russians are forthcoming, so if your date isn’t interested, it’s likely they’ll let you know in order to save you both time in the future.

There you have it! Next time someone tells you Russian isn’t romantic, prove them wrong with your newly acquired love language vocabulary.