“To be, or not to be, that is the question.” —”Hamlet” by William Shakespeare.

There are countless examples of well known and famous sayings in every language. Sayings get passed down through generations, become recognized due to the popularity of media or pop culture and are sometimes even misappropriated as a result of mistakes or urban legend.

When John F. Kennedy visited West Berlin in 1963 he used the phrase “Ich bin ein Berliner” (I am a Berliner) in a speech. Reports of the incident were exaggerated and embellished into an urban myth, stating that the president erroneously declared “I am a jelly donut” and was subsequently laughed at by the crowd. In truth, he proclaimed “I am a Berliner” in grammatically correct German and was cheered by the audience.

All Russians have their любимая русская поговорка (favorite Russian saying). Given the appreciation Russians have for history, art and literature, many famous sayings originate from renowned writers, composers and political figures.

However, there are also plenty of contemporary and funny quotes, proverbs and mottos that you may find amusing and useful as you progress in your Russian studies.

In this post, you’ll find a sampling of the most interesting, entertaining and unusual Russian sayings to add to your arsenal.

Доверяй, но проверяй is an old Russian proverb that was made famous in English by U.S. President Ronald Reagan in the 1980s.

Reagan used the phrase frequently with Mikhail Gorbachev when discussing nuclear disarmament towards the end of the Cold War, so many people believe the phrase was an American creation. In truth, it’s an old Russian proverb that’s still used and was recently repeated in the popular HBO mini-series, “Chernobyl.”

Leo Tolstoy, Nikolai Gogol, Anton Chekhov and many more Russian authors have provided dozens of famous quotes from their literary work over the centuries. If you aren’t ready to read classical literature in the original Russian, there are plenty of easy Russian readers to get you started.

Regardless of your comfort level with Russian literature, here are three of the most famous quotes from the greats you should know:

Literal translation: My uncle is of the most righteous rules.

English meaning: My uncle, what a worthy man. 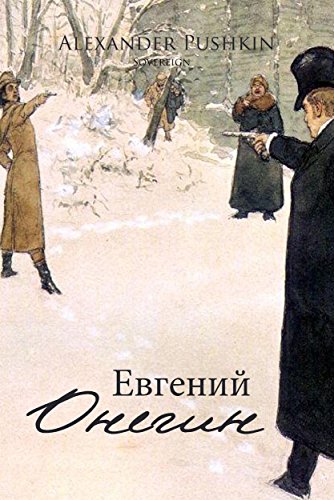 “Eugene Onegin” is considered a classic in Russian literature. Written by Alexander Pushkin and published in 1833, the novel was written in verse using a rhyming scheme. There are a number of famous quotes from the book which are now a part of everyday Russian language, but the first line may be the most popular and widely used.

This phrase is used to describe an individual who considers himself to be better than others or simply the benchmark against which others should model their behavior.

Pushkin is a must-know name from Russian literary history, so it’s worth learning more about his life and works. You’d be hard-pressed to find a Russian who can’t recite at least a part of one of his poems!

English meaning: I don’t want to study, I want to marry!

Denis Fonvizin was a Russian playwright and is best known for two comedies: “The Brigadier-General” and “The Minor.” “The Minor” was a satire about uneducated country gentry and generated a number of popular sayings that were regularly cited by other authors, including Alexander Pushkin.

This proverb is used to make fun of someone who fails to plan appropriately and is often used by school teachers as a means of scolding lazy pupils.

English meaning: Am I a trembling creature or do I have the right?

After spending 10 years in exile in Siberia, Fyodor Dostoevsky published “Crime and Punishment,” one of the most prominent works of world literature. In the novel, the main character, Rodion Raskolnikov, asks this question to justify murdering a dishonest pawnbroker for her money.

This phrase is used to convey when someone finally decides to do something they were frightened to do for a long time.

If you’re looking for a challenge but might be a little apprehensive about tackling “Crime and Punishment” yourself, you could always consider reading the side-by-side English and Russian version.

Literal translation: Love is so cruel, you could fall in love with a goat.

Козел is the Russian word for goat but in slang, it’s another way to refer to a male in a less than favorable manner. As a result, this saying means that love is so blind that it could make you fall in love with the wrong guy.

Literal translation: “Neither fur, nor feather.” “To the devil!”

If you need to review your Russian food vocabulary, these phrases may help:

English meaning: The apple doesn’t fall far from the tree.

Similar to the English version, this saying suggests that children grow up to be like their parents.

Literal translation: The first pancake is a lump.

In Russia, блины are pancakes often eaten with sour cream, caviar or salmon. When making блины, the первый блин (first pancake) is often a ком (a lump) because the consistency of the dough may not be quite right.

These pancakes are usually pretty large and very thin (similar to French crepes), which gives them the tendency to turn into lumps in the first place. Hence, the origin of this saying.

Russian Advice from the Animal Kingdom

There are lots of Russian sayings that involve animals, and these two are a great example of that!

Literal translation: To make an elephant out of a fly.

English meaning: To make a mountain out of a molehill.

In other words, if someone takes something small and exaggerates it until it becomes a big deal, this is the phrase to express that sentiment.

Literal translation: Work isn’t a wolf—it won’t run away into the woods.

English meaning: Don’t worry, the work will still be waiting for you tomorrow.

This quote is from the 1965 movie, “Операция ‘Ы’ и другие приключения Шурика” (Operation “Y” and Shurik’s Other Adventures). In the film, one of the characters is accused of being lazy for being unwilling to complete his assigned duties in construction. In response to the accusation, he states this phrase, indicating the work will always be there, so there’s no need to rush it.

Useful Russian Sayings to Assist in Your Language Learning

Finally, since this is a language learning blog, after all, there’s a lot of valuable information out there to guide your studies. Here are two useful quotes to keep in mind while pursuing your Russian studies:

Literal translation: A word is silver, silence is gold.

Granted, you need to speak in order to learn Russian, but sometimes it’s helpful to just listen and absorb the language.

Literal translation: The quieter you go, the further you’ll get.

Lots of people aim to learn a language as quickly as possible, and there are lots of resources out there if this is your goal. Of course, if you remember the parable of the tortoise and the hare, it was the slow and steady tortoise who ultimately prevailed!