Audiophiles and music geeks, have we got a treat for you!

Learning Portuguese is fun in itself, but we’re going to take things up a notch.

After all, there are so many musical wonders from Brazil and Portugal just begging to be discovered.

So, why not jam to some local beats? Tap into the educational perks that will accompany your musical discoveries.

We’ve got some songs that’ll make you move and are sure to jump-start your Portuguese musical journey.


How Songs Get You in Tune with Portuguese

Can you imagine a world without music? Neither can we.

Music provides an outlet for our emotions and a learning experience for the listeners. Every melody we hear is influenced by our surroundings, societal norms and current events. This concept is universal.

To truly resonate with Portuguese-speaking countries—all of their language and culture that we’re so intent on learning about—we should look no further than music. Listening to music from these places exposes us to themes, topics and vocabulary we might not otherwise come across.

So not only does music allow us free access to cultural education, you’ll find that there are many other benefits for those who are trying to achieve fluency in a foreign language.

For starters, listening to music provides an immersive learning experience. Mostly because a playlist of songs in your target language will train your ears to recognize your chosen Portuguese accents. Lyrics are very easy to find too, meaning you’ll be getting your fill of both visual and aural memory aids.

Also, remember that nowadays music is very compact and non-intrusive. You can plug in some headphones and listen while you’re sitting on the bus, or you can simply power up your stereo on the morning drive to work.

A good playlist is all that’s needed, and we’re about to show you how to hit the right notes.

How to Discover Portuguese Songs on Your Own

Here’s the thing: musical tastes can be very divisive. Everyone has their own opinion of what’s good or bad, trashy or cool, lyrically amazing or tragically embarrassing.

But there’s something remarkably special about making new musical discoveries. Truth be told, Brazil tends to trump Portugal when it comes to the sheer variety of choices, but don’t let that discourage you in any way. To help you find those sweet sounds that truly resonate with your own affinities, here are our top recommendations.

Make use of Brazilian and Portuguese lyric sites

Lyric websites can be a great gateway to new songs. Most lyrics will have an accompanying YouTube music video that you can listen to, and others might go as far as offering playlists. If you’re feeling adventurous, go through each website’s popular sections. Otherwise, you could always browse through whatever listed genre has piqued your interests. These are the main ones to try:

Looking at what’s trending can be quite helpful too. At least, in the cultural sense, it will give you a good update on what our Lusophone friends are raving about.

If you’re confident enough to tackle the content, look through the local music channels. MTV Portugal and Brazil’s Multishow are the primary ones to browse.

Otherwise, scanning the chart-toppers is fairly easy. For Brazil, head over to the local Billboard Hot 100 website. European Portuguese learners should delve into iTunes Top 100 Downloads.

Think outside the jukebox

Be creative with your search, you’ll likely strike musical gold if you listen out for it.

For instance, have you thought about how your study resources might introduce you to local music?

One perfect example is FluentU.

Please note that our Brazilian Portuguese program is still in development, and European Portuguese is not yet available.

Since FluentU relies on real-life videos, Portuguese language learners will likely come across a few songs through the app’s various modules.

You might also find some hidden gems while you’re listening to podcasts, scouring some blogs or even watching a movie. The possibilities are endless.

One final idea to end this section on a perfect cadence: Go through YouTube, change the location settings (at the bottom of the page) to Brazil or Portugal and then click on their music section. There, you just found yourself some trending songs!

Now that we’ve given you the tools to plunge into the deep end, it’s time to motivate you into taking the final dive. On that note, let’s take a look at some songs from Brazil and Portugal.

Listen Up! 10 Groovy Portuguese Songs from Around the World

Because Brazilian music is comprised of various sub-genres, we’ll be opting for an eclectic song selection. To help you stay on the right cultural beat, we’re going to make this list as contemporary as possible. We’re even throwing a few songs from the Brazilian charts into the mix—check it out: 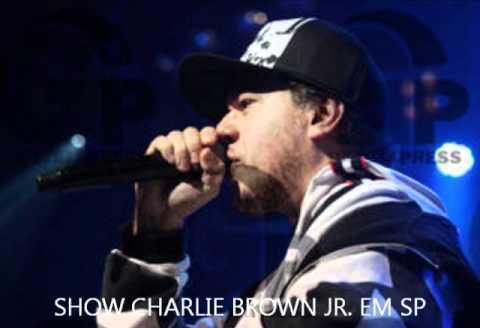 Charlie Brown Jr. were seasoned veterans in Brazil’s hip-hop scene, starting their shining career in 1992. Unfortunately, their vocalist and founder died in 2013. Since then, the remaining band members decided not to use the band name out of respect for their departed colleague.

“Céu Azul” is very reminiscent of the band’s experimental nature. They liked mixing and matching musical styles—particularly hip-hop and funk. This song’s mellow lyrics talk about living life to the fullest and sharing loving memories. 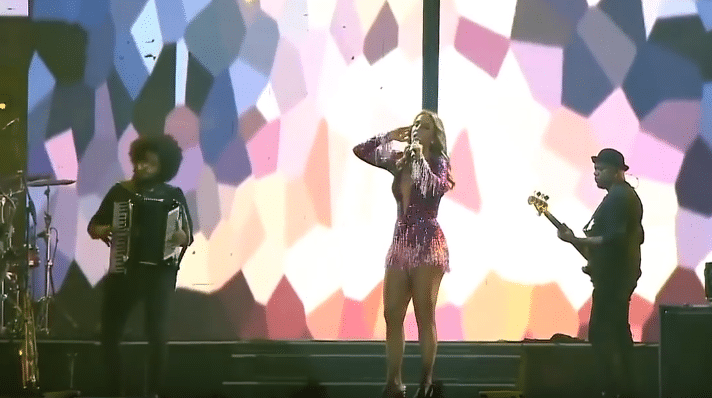 Ivete Sangalo is one of the most prominent Axé singers around. Audiences have been jumping and jamming to her upbeat songs since the 1990s, and the singer is very much performing up a storm to date. “Seus Planos” is among her most recent releases. It’s a love song, all about being part of someone’s world and their lifelong plans. 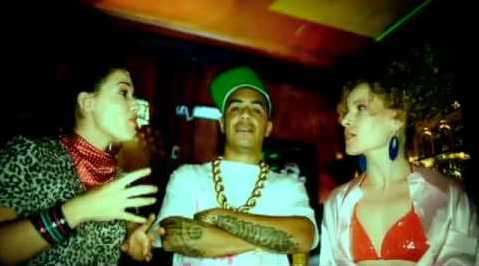 Marcelo D2 is one of Brazil’s best known rappers. He’s renowned for mixing samba with his hip-hop beats. “Desabafo” actually scored him a nomination at the Latin Grammy Awards, among other local accolades. The lyrics reflect a frustration with social inequality, crime and violence—making reference to Biblical foes like Pontius Pilate and the Elite Squad protagonist Capitão Nascimento. 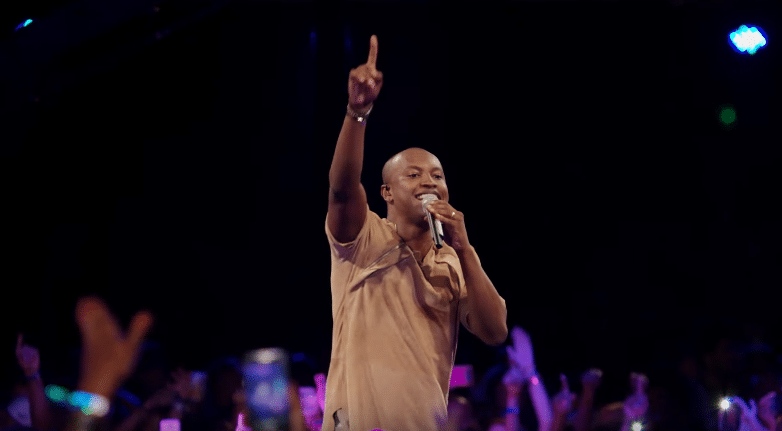 Samba is an incredibly diverse style of music, so it’s only fair to represent it by adding a song that’s currently hitting the Brazilian airwaves. Thiaguinho has been in samba/pagode scene for several years—he began his career in 2003, as part of the group Exaltasamba, then went solo around 2009. This song in particular talks about a girl who’s suffering from a broken heart— always looking at old photos (hence the song title) and thinking about what once was. 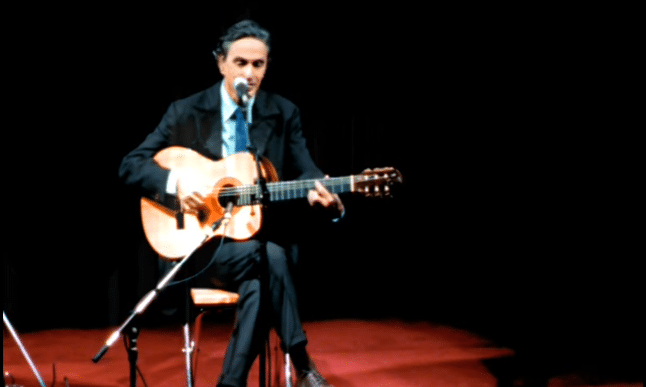 We’re making a small exception on the contemporary theme, simply because MPB is a genre that has shaped Brazilian music at large. MPB originates in the 1960s, coinciding with Brazil’s military coup. In fact, many of the lyrics of the time were crafted as a subtle form of protest against the regime. Caetano Velozo is one of the best known contemporary MPB singers, and Sozinho is among his famed creations. As its title (which literally translates to Alone) suggests, the lyrics are all about solitude and self-reflection.

Unlike its South American counterpart, Portugal’s music scene isn’t as compartmentalized. But even songs of a similar genre have their own distinctive sounds and characteristics. 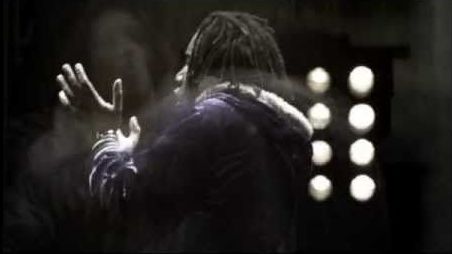 Da Weasel was a Portuguese hip-hop group that came into the scene in the 1990s. They were at their peak in the mid-2000s, making a powerful impression with their hip-hop tracks and beats. “Dialectos da Ternura” is one of their most successful songs, earning international acclaim at the 2007 MTV Europe Music Awards. The lyrics are a little bit raunchy, but not in a vulgar way—essentially, it’s a rap song about love and tenderness (ternura). 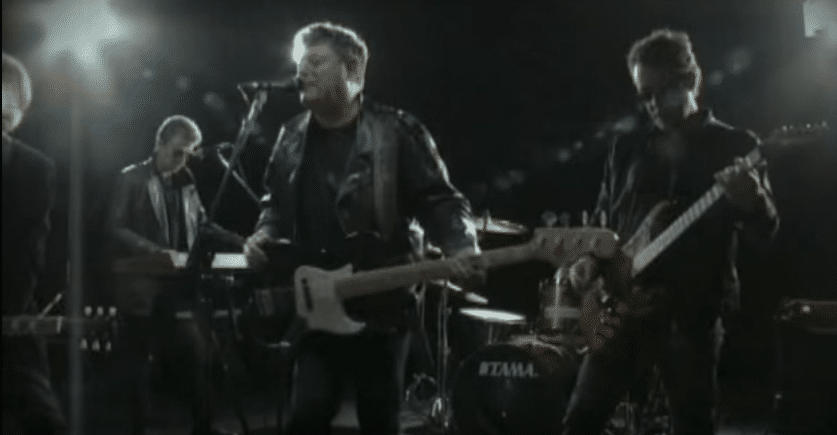 These guys have been rocking the Portuguese airwaves since the 1980s, but came into being much earlier than that. Their most recent album was launched in 2014, but the song we chose gained traction before the turn of the decade. “Quem é Quem” is quite poetic and politically charged, using metaphorical references about hungry hyenas and a blood-dripping sun to paint a picture of a nasty dictatorial regime. 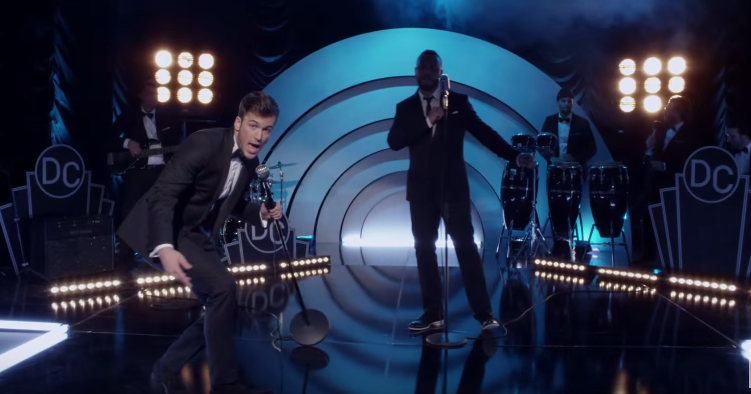 David Carreira has done it all—he has been a soccer player, a model, an actor and a singer. His music is an eclectic mix of pop, dance, hip-hop and R&B, and his 2013 album even includes a collaboration with US rapper Snoop Dogg. The song “ABC” is a lighthearted take on a love song—the earworm beats and lyrics are all about trying to get the attention of a seemingly uninterested lady. 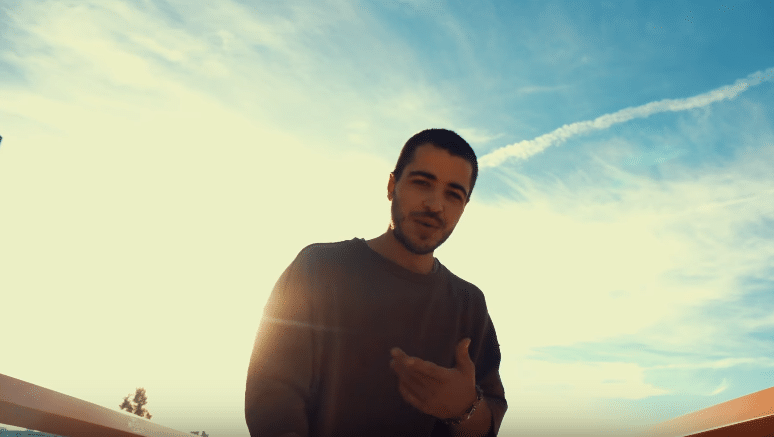 This is quite a recent song and debut single by Valas. The artist penned “As Coisas” to reflect a change in perspective—leaving the negativity behind, trying to shift the focus to those things that truly matter. He reminisces about the love that he has, and how one person truly influenced his life for the better. 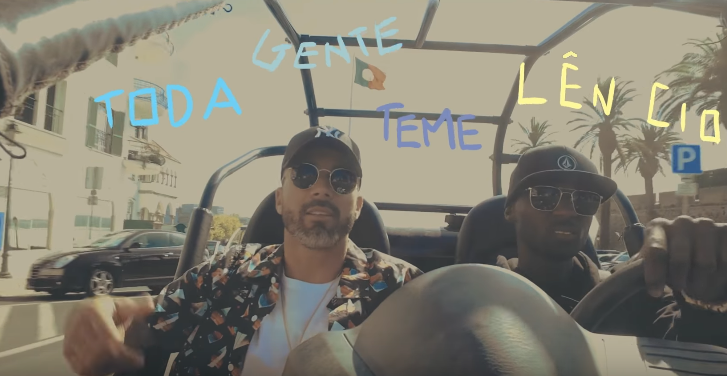 Another new release, only this time it’s from a seasoned artist. Dengaz has been in the industry since he was a teen, having gone through several musical phases—from hip-hop to reggae and back to hip-hop again. Similar to“As Coisas” by Valas, Dengaz’s “Tudo Muda” focuses on a positive outlook. He’s telling the world that everything is fine, he made it through the tough times and is on a winning streak. The emphasis is on the idea that everything can change in an instant, for better or for worse.

Hopefully this helps you get started learning Portuguese with music! Add a couple to your playlist and, if you need a few more ideas, make sure to check out some of our previous suggestions.