There really is no way around it: To speak correctly, you have to know the rules of the language.

If you’ve chosen to study Brazilian Portuguese, specifically, the list of rules you’ll need to learn is slightly different from its European version.

And that list is pretty long! Grammar rules are extensive and the idea of learning them all can be a little daunting. After all, where do you start?

We’re here to shed some light on the essentials you’ll need to have up your sleeve.

First up, a few pointers that’ll make your language studies that much easier.

Personalizing your studies is the best way to tackle complex topics like grammar.

Take this as your cue to mix and match various study strategies and resources—you’ll only know what works best by experimenting with different learning styles.

Here are few ideas you can try:

Make use of other learning media

Still in the technology realm, open online courses (called MOOCs), educational podcasts and online video classes will also teach you those essential grammar rules. They can also help you put them in context with practice drills and examples of daily usage.

Of course, you shouldn’t neglect the traditional approaches. Consider investing in a good grammar textbook and/or workbook so that you can nail the theory side of things. If you need help finding one, hang tight—that’s a point we’ll be covering soon.

Don’t forget to jot things down in a notebook as you go—and definitely spend some time working on constructing some sentences. Not only will this help you remember the concepts you’ve been learning, it’ll also add some much-needed Brazilian Portuguese spelling practice into the mix.

Apply the rules to real-life examples

Lastly, as you get more confident, take note of how different grammar rules apply to the things you’ve been reading, listening to and watching (whether it’s movies, TV dramas or even cooking shows).

Context is key, after all, and content coming straight from native Brazilian speakers is sure to make things more interesting—and more authentic.

A Few Brazilian Portuguese Study Resources to Get You Started

Need a hand finding some good study aides? Don’t worry, we’re here to help you out!

For a well-rounded reference guide, try “Modern Brazilian Portuguese Grammar: A Practical Guide.” Divided into two parts, this book covers all the traditional rules beginner to advanced learners need to know by illustrating them with practical examples of how they’re used in contemporary Brazil. Check out the accompanying workbook if you want to put these conventions into practice.

If you need to brush up on your verbs, take a look at “501 Portuguese Verbs.” This reference guide features some of the most commonly used Portuguese verbs, with their respective English translations, conjugated in all persons and tenses.

It also includes language tips like idiomatic expressions, useful travel phrases and a few practice exercises to help you commit all this bookish knowledge to memory.

You’ll also encounter a breadth of other Portuguese grammar exercises and resources online. Check it out!

One of the key differences between Brazilian and European Portuguese is the usage of personal pronouns. More specifically, it’s the Portuguese “you” that changes slightly according to dialect.

It must be mentioned that some parts of Brazil do use tú instead of você. But Brazilians often conjugate it the same way as they would when using você, in the third person. For example, they might say tú vai ao teatro for “you are going to the theater,” instead of the European Portuguese alternative, tú vais ao teatro.

Also note that você in Brazilian Portuguese is informal; European speakers, on the other hand, view it as the formal “you.” To address someone who’s perhaps older or in a prestigious position (like your boss, a court judge or a customer you’re trying to please) Brazilians use o senhor (“you” masculine) or a senhora (“you” feminine).

In Brazil, a gente is also used as a general way of saying “us”—this is conjugated in the third person, just like você. Compare these two sentences, for example:

Você fez isso. — You did this.

As you can see, they’re both conjugated the same way.

Everything else is quite straightforward:

All articles in Portuguese must agree with the gender of the nouns they precede.

A mulher — The woman

As mulheres — The women

In the above example, you can be talking about any house, not a specific one.

Again, this is quite general by nature. Any job will do.

When dealing with plural nouns, use uns (masc.) and umas (fem.):

3. Get Your Genders Right

Usually, masculine nouns end in -o, while feminine ones end in -a:

There are, of course, a few exceptions:

Another peculiarity worth noting here is that um grama — one gram, while uma grama — a (blade of) grass. Even native speakers trip up on that one!

In a similar vein, words ending in -ão can be either masculine or feminine:

Ditto for words ending with -e:

Last rule to know is that nouns ending in -ade and -gem are usually feminine:

A idade — The age 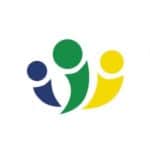 To take a closer look at all these rules in action, StreetSmart Brazil lists a handful of commonly used words you’ll want to add to your vocabulary list. If you’ve ever dabbled into Spanish, this post also compares some of the gender differences between both languages.

Really Learn Portuguese also has an online gender practice tool for learners wanting to hone their skills—you do need to register with your email address for access, but the content’s free.

Portuguese has two forms of the verb “to be,” both of which are irregular.

Estar is the form you’d use when talking about a location, or other changeable characteristics:

Nós estamos no cinema. — We are at the cinema. 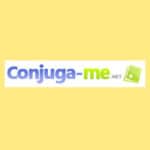 You’ll find all the conjugations for estar at conjuga-me.

Ser is the physical act of being—in other words, the things you can’t really change:

Conjuga-me also has the conjugations for ser.

5. Learn to Use the Gerund

One of the key differences between Brazilian and European Portuguese verb conjugation is the use of the gerund (that’s the -ing form of a verb in English).

Brazilian speakers always use the gerund to describe an action that’s taking place:

Estou trabalhando. — I am working.

Estou a trabalhar. — I am working.

Above, the infinitive form of the verb “to work” (trabalhar) is used instead of the gerund.

Forming the gerund in Portuguese is relatively simple. The rules are consistent with verb endings, regardless of whether you’re dealing with regular or irregular verbs.

First, you need to take the present tense of the verb estar and add the verb that’s going to have the gerund ending added to it.

For verbs ending in -ar (like falar, chegar and chamar), the gerund is -ando:

Eu estou chegando. — I am arriving.

Nós estamos chamando. — We are calling.

Verbs ending in -er (like dizer, comer and the irregular ser) call for the gerund -endo:

Nós estamos comendo. — We are eating.

Você está sendo difícil. — You are being very difficult.

Finally, verbs ending in -ir (like fugir, dirigir and corrigir) have the gerund –indo:

Eu estou dirigindo. — I am driving.

Nós estamos corrigindo. — We are correcting.

And if you’ve ever crossed paths with the irregular verb ir (to go), you’re in luck: It follows the exact same gerund rule as other -ir verbs.

Eu estou indo — I am going

Você está indo — You are going

Nós estamos indo — We are going

6. This, That, Those: Figure Out Demonstrative Pronouns

As with everything that precedes a noun, a demonstrative pronoun must agree with the gender of the word it’s talking about.

The Portuguese demonstrative pronouns are:

Here are a few examples of how these are used in everyday phrases:

Esta pessoa sabe o que diz. — This person knows what they are talking about.

Essas roupas estão muito caras. — Those clothes are too expensive.

7. Mine, Yours, Theirs: Make Note of Possessive Pronouns

Here are a few examples of how these might be used on a daily basis:

Esta caneta é sua? — Is this pen yours?

Nossa mesa (no restaurante) está reservada. — Our table (at the restaurant) has been booked.

8. Put Adjectives in the Right Place

Portuguese word order is relatively simple… until you get to adjective placement.

This isn’t because it’s tricky, but because for English speakers, it’s slightly unnatural. In Portuguese, the describing word usually follows its subject:

While most adjectives have to agree in gender with their modified nouns, there are some that remain unchanged: 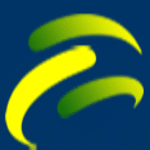 Brazilians call these adjetivos uniformes (uniform adjectives). easyPortuguese offers a few more examples of these and other types of adjectives. If you have a dictionary handy, take a look at a list of uniform adjectives devised for native speakers.

That’s all for now! Take your time learning the above rules—we’ve covered a lot of ground. As you look closer into each of these conventions, others we haven’t included in this post will likely come up, like specific verb conjugations, basic phrases and other sentence construction essentials like adverbs.

Keep practicing, studying and noting things as you go. You’ll become a Brazilian Portuguese grammar pro before you know it!