Does your Portuguese vocabulary need a quick boost?

Then have we got some great news for you.

See, you’re currently sitting on a goldmine of information that you haven’t dug into yet.

We’re not talking about the hundreds of online resources and awesome apps available for learners—though these can help you get the most of the treasures at your disposal.

What we’re concerned with in this post is the English-Portuguese cognate.

These words are extremely useful to know about when you’re building your vocabulary.

If you’ve never heard of cognates or you need a quick reminder of what they entail, read on: We’re about to reveal everything you need know about these word twins to whiz your way into fluency.


What Are Cognates and Why Do They Matter?

In brief, cognates are words that have the same linguistic roots. They might have Latin or Greek origins, for example—as, incidentally, many words in Portuguese and English do.

What makes cognates special is that the words don’t just look and sound similar, they also have the same meaning.

That’s why practicing these is a sure-fire way to boost your vocabulary: It only takes a few minor tweaks in spelling and pronunciation to go from the English version of a word to its Portuguese counterpart.

One of the best ways to become cognizant about your cognates is to focus on English-Portuguese endings. This is something we’ll be covering in more detail soon.

Start putting your cognates into practice by getting a notebook out and noting each term in a way that’s easy for you to remember. If you prefer to type, you can definitely do the same in a word processing document. If you’re visually inclined, you could group your cognates into various tables that showcase the various English-Portuguese endings you’ve stumbled across.

You could even color-code them if you want—anything that helps you remember them.

As you build up your vocab, try and test it out in various contexts. At the end of the day, seeing these cognates used in everyday conversations will get you one step closer to speaking Portuguese like a native. Here is an idea to get you started: take a closer look at native content like Portuguese language movies, songs, blogs, news sites and books. How many cognates can you identify in each of these?

If it helps, jot down a few examples of phrases you’ve heard or read in any of the above options. This can aid you in memorizing your words and how they’re applied, but it’ll also serve as a way of practicing your spelling and can even help with pronunciation (just read each sentence aloud a few times!). 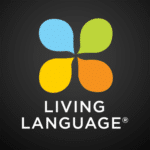 As you study, be aware that false cognates exist, sometimes called “false friends.” These are words that look the same in English and Portuguese but for whatever reason (the evolution of language, the origin of the word, etc.) have entirely different meanings.

You can find a brief list of false cognates to watch out for at Living Language (but be aware that this isn’t a complete list and there are certainly others).

Now, onward to the words.

Over 60 English-Portuguese Cognates for an Instant Vocab Boost

Super easy: English and Portuguese words that are practically the same 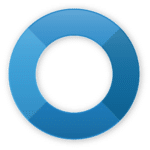 There’s a myriad of words ending in -al that are the same in Portuguese and English.

Remember that instead of putting the stress on the first syllable of the word like English does, Portuguese places the emphasis on the last syllable in the words below. Click on any Portuguese word to hear it pronounced on Forvo or Google Translate.

Of course, there are other cognates that don’t have this ending that also look identical (be aware of pronunciation differences here, too):

Know your adverbs: The English -ly and Portuguese -mente

You’ll find that a lot of English adverbs ending in -ly can easily be converted into Portuguese by switching the ending to -mente (place the stress on the –me- in the Portuguese version):

You can generally transform English -ty words into their Portuguese equivalent by changing the ending to -dade.

Note that Portuguese words ending in -dade are feminine. We’ll add in some gendered direct articles in parentheses here to help you remember this important rule. The stress here is placed on the -da- of the Portuguese word.

(The) University — (A) Universidade

(The) Simplicity — (A) Simplicidade

Just add an e: The English -ent and Portuguese -ente

This one works with both nouns and adjectives and is quite straightforward (in this case, the stress falls on the -e- of -ente):

Watch out for those double letters in English: as you’ll notice in some of the above examples, they don’t carry over to their Portuguese counterparts.

We had to add a few cognate words with gendered endings into the mix.

You’ll also find some single-gendered nouns in this category:

In both cases, the stress is on the -i-. Are you beginning to notice a pattern?

Nothing mysterious here: The English -ous and Portuguese -oso/-osa

Once again, many of these cognates are gendered according to whether the subject is male or female (and, yep, stress when pronounced is on the -o- of -oso/a):

Softening the b: The English -ble and Portuguese -vel

This one covers your English -able and -ible cognates. The Portuguese equivalents are -ável and -ível (placing the stress on the accented syllable):

The easy thing to remember is that Portuguese words ending in -ção and -são are feminine (and in both cases, you place the stress on the last syllable). As far as pronunciation is concerned, the tilde is the most challenging part; you should definitely listen to these words a few times and repeat them to yourself to practice your enunciation.

For English words ending in -tion, change the ending to -ção:

And for English words ending in -sion, use the ending -são:

Keeping it simple: The English -ist and Portuguese -ista

We’ll finish things off with a simple, but very useful, cognate group.

If you want to ramp up your noun knowledge, look for English words ending in -ist; chances are, you’ll find their Portuguese counterparts by changing the ending to -ista (emphasis on -i-).

As a bonus, these words are normally gender-neutral—you just need to add the right definite article before them (o for males and a for females) to correspond with the person you’re talking about:

Believe or not, this is barely an intro to all the English-Portuguese cognates out there! You’ll discover a trove of other patterns and groupings just by engaging with Portuguese media.

We hope this post inspires you to delve further into the knowledge you already have as you continue your Portuguese fluency endeavors.