4 for the Money! 4 of the Most Profitable Languages to Learn

You might be surprised to learn that money is most often the chief reason cited for someone being interested in languages.

While learning a language could be a good way to earn more money, there really is no single language that’s a perfect moneymaker.

The language that will be personally profitable to you varies depending on what you want to do with it and what your goals are.

So if you’re asking yourself, “what language should I learn?” let’s look at some of the most profitable languages on a global scale—taking more than just money into account.

Why It’s Still Worth It to Learn Languages

You might have read something about how machine translation or the spread of English means that language learning is a waste of time these days.

That couldn’t be further from the truth. Many speakers of the languages on the list below don’t have the best English skills. Even in Western countries with widespread English education, people will always understandably prefer to speak their own native languages because it’s simply more comfortable for them. And if you’re doing business overseas, you’ll certainly want your clients to be as comfortable as possible!

Furthermore, executives and decision-makers in many countries fully expect foreign investors to use an interpreter. When you show up speaking their language on your own, you send an incredibly strong signal that you’re willing to put in the time and effort to connect with their culture.

More Than Money: 4 of the Most Profitable Languages to Learn

Mandarin Chinese is spoken as a lingua franca all across China and Taiwan, as well as in the Chinese communities of Singapore and Malaysia. Many overseas Chinese people in other parts of the world also use Mandarin to communicate.

Perhaps you’ve seen the little phrase “Made in China”?

Any supply chain in the world is likely somehow connected to China, whether it’s sourcing products directly from the country, or relying on a particular machine part or packaging produced in China.

In addition to manufacturing and logistics, though, tourism is actually another great industry where you can use Mandarin. China’s population and economy has been booming for years, and every year millions of Mandarin speakers go abroad to see the rest of the world. If your hotel, resort or tour agency has a Mandarin speaker on staff, you’re likely to get a lot of repeat business.

Mandarin grammar is relatively easy for English speakers to pick up, as there’s no conjugation or declension.

However, you’ll have to pay a lot of attention to pronunciation, so find a good course with audio and lay a strong foundation in mastering those tricky tones. FluentU’s mobile app and website can help here, as it allows you to learn with authentic native speech from the very beginning via videos. You can listen to real Mandarin speakers talking in Chinese media, with the aid of interactive subtitles and personalized quizzes to help you learn and retain the grammar and vocabulary better.

There are 10 languages available, including our next language (Russian). 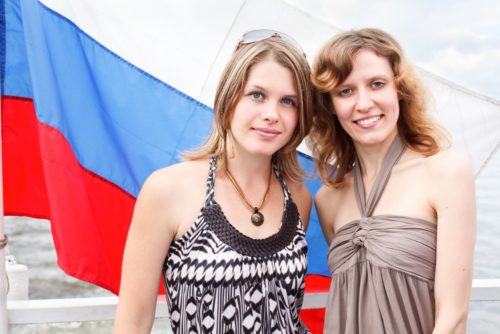 Russian is spoken all over Russia (no surprise), Central Asia, Eastern Europe and in large and thriving diaspora communities worldwide.

Russian is actually the second most represented language on the internet after English.

Much like with Mandarin, Russian speakers are going abroad now more than ever, ready and willing to pay for tourist amenities wherever they go. Unlike many tourists from other countries, Russians often don’t speak fluent English, which creates a market for Russian-language services in English-speaking countries (as well as other countries where Russian isn’t commonly spoken).

And any company, regardless of industry, with eyes on Russia is going to need speakers of Russian to help them close their deals.

Russian might be one of the hardest European languages for English speakers to learn. Its grammar is quite complex and thanks to a long literary tradition there are all kinds of idioms and colloquialisms in common use. But that doesn’t mean it can’t be done, and the challenge makes the reward all the greater.

The best way to tackle Russian is by first getting a strong handle on the grammar, and then doing a lot of reading and listening to absorb the natural patterns as best you can. 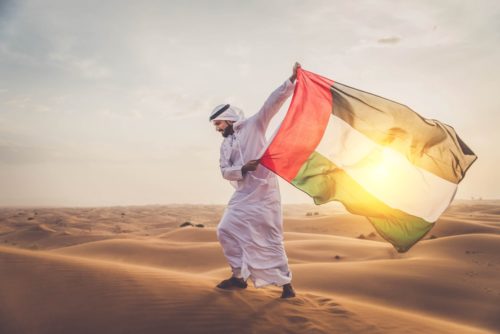 Arabic is spoken in more than 20 countries across the Middle East and North Africa. The situation with learning Arabic is a little complicated as there are dozens of different vernacular dialects as well as a standardized formal language used in news and writing.

So if you’re looking for a challenge, look no further!

The first thing a lot of people in Western countries likely think of when they think of “Arabic” and “money” is “oil.” And it’s true, there’s a lot of oil in a lot of Arabic-speaking countries.

But… have you considered marketing?

The Middle East is developing at an astonishing pace. More and more people are finding themselves with spending money—and foreign businesses are rushing to take it. With knowledge of Arabic languages and cultures, you can position yourself as a valuable go-between for brands looking to break into a particular up-and-coming market.

Arabic presents a number of challenges to the foreign learner, but more and more good resources are coming out.

Generally, people looking to make connections with locals will want to learn a spoken dialect in addition to the standardized formal language. But you don’t have to worry about learning every dialect—most speakers can understand Modern Standard Arabic and the dialects of their neighboring countries. 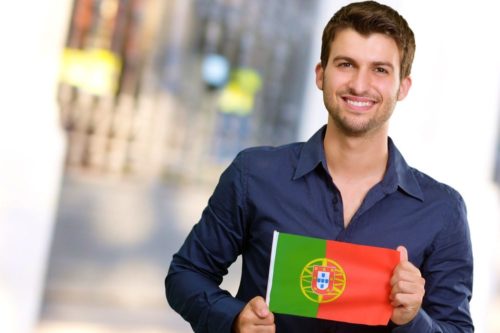 Portuguese is spoken mainly in Portugal and Brazil, though the Brazilian variety is most commonly learned by foreigners because of its massive population of speakers—more than 200 million.

Brazil is an enormous place teeming with diversity. You can find luxury high-rises, beautiful beaches, dense rainforests and uncontacted indigenous tribes all in the same country.

Financially and historically, Brazil’s natural resources have been its largest draws. Lumber from the rare trees in the immense forests is prized worldwide, and huge swathes of land are dedicated to raising animals and plants.

However, these industries competing with the natural world have made Brazil an important place for organizations dedicated to preserving the untouched rainforest. And anyone interested in being a part of these organizations will likely need to speak Portuguese (or at least greatly benefit from doing so).

But don’t forget, although the focus in business Portuguese is on Brazil, there’s an entire Lusophone world out there to explore.

Any country with business in South America, Central Africa and Europe likely has a need for Portuguese speakers—and that could be you.

Portuguese might be one of the easiest languages for English speakers on this list as it’s a closely related European language.

Surprisingly, it’s often relatively difficult to find classes or courses in Portuguese because it kind of lives in the shadow of its cousin Spanish. However, there are some great apps you can use to learn Brazilian Portuguese. And if you’re interested in European Portuguese, check out this awesome resource guide.

Portuguese speakers, incidentally, are known to be extremely appreciative of people putting in the effort to learn their language instead of simply speaking Spanish louder and slower.

For all the financial benefits that appear in this article, money alone probably isn’t going to be enough to keep you invested in a language all the way to fluency.

Learning takes time and effort, and it’s made a million times easier if you have some sort of intrinsic interest in the language as well.

There are a hundred reasons to learn any language that don’t have a thing to do with the money you might be able to make. You’re picking up more than a line on your resume—you’re picking up a connection to other people.

Keep that in mind during your journey. Learn a language, and you’ll be a more valuable person in every respect.

And the extra cash doesn’t hurt.