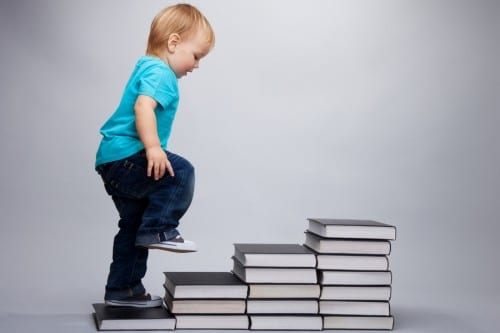 How to Learn Spanish by Yourself in 9 Simple Steps

Whenever anyone says, “Wow! Your Spanish is so good! How did you learn?,” I always say, “I taught myself.”

Sure, I made sure that I had Spanish natives to talk to, picking their brains about grammar, vocabulary and local expressions whenever I could.

But, essentially, I learned Spanish on my own.

So, what were my tricks? How did I do it?

There’s no getting away from the fact that it took a long time and a lot of personal dedication. Anyone who says you can learn a language in just a few months is lying.

You might be able to find your way around a Spanish-speaking city while on vacation after a quick crash course in the classroom, but it won’t be enough to engage in fluid conversation, go for a job interview or even sing along to music without stumbling over the words.

The key is to throw yourself into the deep end. I decided to live abroad and get a job teaching English in a small institute in Venezuela. Too many people speak pretty good English in Caracas, so I made sure my position was completely isolated from any kind of English help, high up in the mountains.

I remember crying a lot during the first six months, sometimes even fearing simple tasks, like buying a loaf of bread.

“What will the baker say to me?” “What happens if he tries to spark up a conversation like he did the last time?” “How can I manage to just walk into the shop, ask for some bread, hand over the money and get the hell out of there?”

It was a stressful time not having anyone around me who could speak my language, but I knew it was the only way to really become fluent in Spanish. It knocked the socks off of any kind of Spanish tuition I might have received from years of standard language lessons in an institute back home.

So, my seven-year do-it-yourself Spanish program really did work, and this – in eight simple steps – is how I did it.

How to Learn Spanish by Yourself in 8 Simple Steps

1. Spend an hour a day on grammar exercises from a textbook.

I found a really simple grammar book and CD for beginners called “Hugo Spanish in 3 Months.” It’s full of short explanations and exercises. All the answers are in the back of the book, and it was an excellent source for picking up the basics: past, present and future tenses; prepositions; popular phrasal constructs and explanations related to plurals and gender.

I set aside one hour at the end of every day to go through the exercises. Whenever I came across a section that troubled me, I would keep going back to repeat the exercises until the grammar began to sink in.

It’s also worth noting that I kept going back to this grammar book for reference well into my third year of living in Latin America. By that time I was really quite fluent, but little grammar doubts would pop up here and there when in conversation with friends. I carried a notebook with me at all times, make notes for myself in the moment and then looked them up in “Hugo” later on that same day. In fact, I still carry a notebook with me!

Reading at home was, without a doubt, the single most useful activity I made time for in the early stages. I read anything I could get my hands on, but I loved reading novels by Paulo Coelho, translated from Portuguese to Spanish. Why choose a Portuguese writer? Coelho’s writing is just so simple that it’s perfect for beginners. His sentences are short and easy to understand. His vocabulary is pretty basic too. For me, he was the perfect choice.

We didn’t have a TV or the internet in our apartment in Venezuela and, having lived through it, I highly recommend getting rid of other distractions when learning a language. I read every evening and weekend for about eight months. Most Sundays I read from the moment I got up to the moment I went to sleep. Nobody does anything in the mountains on Sundays, except worship, and that really wasn’t for me,

I would read a chapter, underlining anything I didn’t understand. Then, I would look the words up in my paperback dictionary, note down the translations and read the chapter again. I learned so many new words and phrases, and it thoroughly prepared me for stringing sentences together.

I used two TV techniques. The first is for beginners: watching Spanish movies with English subtitles. The second is for advanced speakers: watching Spanish movies with Spanish subtitles. It might seem odd to watch in Spanish and read in Spanish at the same time, but it really does work wonders. Reading skills develop a lot faster than listening skills. By reading and listening at the same time, I was really able to improve my pronunciation.

It also helped me to speak like the locals. After a year in Venezuela, I moved to Argentina, where I lived for five years. Spanish is Venezuela is very different from Spanish in Argentina. Watching Argentine movies and looking for typical Argentine phrases helped me to fit in more and make friends. One of my all time favorite Argentine movies from the ’80s is “Made in Argentina.” I love listening to the Argentine accents in this movie and watching them drink mate from their PH patios.

For a super learning boost, use FluentU to watch subtitles videos. FluentU takes real-world videos, like music videos, commercials, news and inspiring talks, and turns them into Spanish learning experiences.

4. Listen to the radio in Spanish.

Listening to the radio in Spanish is something you’ll find enjoyable after about two years of being fairly fluent. I found it impossible at first, but I recommend sticking with it. Understanding what someone says in a foreign language without seeing their lips can be tricky. I managed to fit in a good hour and a half every day, listening to the radio on my phone when traveling to and from work in Buenos Aires.

It was a great way of making the journey go faster, it gave me loads of stuff to talk about when sharing with Argentine friends, plus it got me hooked on some awesome Spanish-speaking musicians. In particular, Andrés Calamaro, Vicentico, Joaquín Sabina, Anita Tijoux, Calle 13 and Gustavo Cordera. At home, I always leave the radio on in the background and even after seven years in Latin America I still hear phrases that I don’t understand. I note them down and look them up later. The learning process with the radio really doesn’t ever stop.

Travel, travel and keep on traveling. I spent around seven years traveling to Spanish-speaking countries before I made the move to Venezuela and it gave me lots of confidence. I got better at sharing with locals and recognizing through context what they were trying to say to me. It was always a real buzz and kept me wanting to improve my language skills.

Also, it’s important to travel to a variety of countries to hear different accents and different kinds of Spanish. Before moving to Venezuela, I’d already visited Honduras, El Salvador, Guatemala, Belize and Spain. Since living in Latin America, I’ve made time to travel to Colombia, Peru, Chile, Argentina, Uruguay, Bolivia and Mexico. The more Spanish you hear, the easier it becomes for you to understand in any context.

If you can’t travel abroad, travel to places in your home town where Spanish-speaking people hang out. Before leaving London, I used to go to a lot of salsa clubs and I remember having a really great time.

I’d also eat in Spanish restaurants, drink in Spanish cocktail bars and I even joined a Spanish conversation group at one point. It was a group organized by native Spanish speakers as a way of bridging the cultural gap between Londoners and foreigners a long way from home. That particular group doesn’t exist anymore – I’ve checked – but there must be plenty of others.

7. Volunteer for a long-term project in a Spanish-speaking country.

When I first visited Argentina I volunteered for The South American Explorers, an NGO dedicated to raising money for local charities and projects. I volunteered for about eight months and particularly enjoyed working to support Fundación Ph15, a volunteer photography organization for children in Villa 15 of Buenos Aires. The time I spent with these children as a volunteer opened my eyes and ears to new expressions and natural vocabulary that I wouldn’t have had the chance to access otherwise.

The idea of keeping a Spanish blog is something I’ve only been considering for the past couple of months, but I think it’s something anyone can do, even as a Spanish-speaking beginner.

The idea is to create a free, basic blog (Blogger and WordPress both have great platforms for this) and begin by adding an editor’s note explaining that you’ve set up this blog to help you improve your Spanish writing skills and to document your progress. You should then commit to writing one post a week, or once every fortnight, but – and here’s the key – make sure you write it in English first and then translate it into Spanish before you publish.

By writing each post in English, you won’t restrict yourself to the Spanish vocabulary you already know. You’ll benefit from the freedom of your native language, and then have the tricky task of turning the post into Spanish. I have no doubt that this exercise will help to broaden vocabulary, test grammatical knowledge and build confidence when it comes to writing in Spanish.

So there you have it, eight simple steps to learning Spanish on your own.

Follow these steps along a similar path, and there will come a day when someone compliments your Spanish and inquires how you learned the language so well.

And then, you can proudly respond, “I taught myself!”