A Brief History of the Spanish Language: From Origin to Romance

Have you ever wondered where, exactly, does Spanish come from?

Just how much did Spanish evolve over time? I mean, how different is the Spanish we hear and speak today from the language at different stages in its history?

It turns out, the Spanish we now know and love is the result of thousands of years of language development and cultural influence.

Let’s go on a journey to learn about the origin of the Spanish language and its evolution to today’s iteration of the language!

The History of the Spanish Language

From Proto-Indo-European to Latin 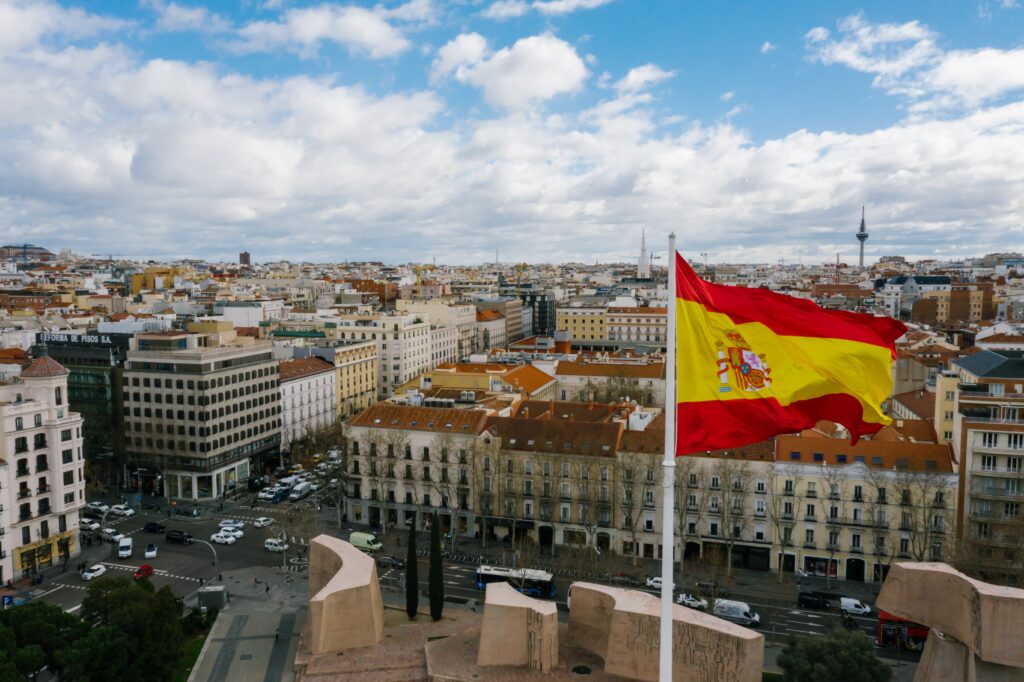 In his widely-read book “A History of the Spanish Language,” author Ralph Penny traces the Spanish language all the way back to the Indo-European languages, but really, it might go even further back than that.

Historians and linguists believe that a family of languages called the Proto-Indo-European languages were spoken until around 3,400 BCE, which then gave way to the development of the languages we know today.

Since these languages never developed a writing system, we don’t know too much about them (but we’re fairly sure they existed). But we do know that eventually, they morphed into the Indo-European languages—and we know a lot more about those.

The Indo-European languages were first spoken 5,000 years ago in the area surrounding the Black Sea, located between southeastern Europe, western Asia and modern-day Turkey.

As groups of people moved around, they spread out across Europe and Asia—and as they did, they took their languages with them. Over time, the languages evolved and branched out into Anatolian, Indo-Iranian, Greek, Italic, Celtic, Germanic, Armenian, Tocharian, Balto-Slavic and Albanian.

Linguist Mark Damen explores one aspect of this evolution over the years in a fascinating TEDx talk, if you’d like to learn more about the topic!

For our purposes, we’re mostly interested in the Italic branch of the Indo-European languages, because it’s from that branch that we eventually got to Latin, spoken by the ancient Romans.

And Spanish? Well, you may already know that it has Latin roots!

From Latin and Arabic to Castilian

The Iberian Peninsula, where Spain and Portugal are located, is nearly 2,000 miles from the Black Sea. But this distance didn’t stop the Roman Empire from spreading its reach all the way out and influencing the development of the area—both in terms of culture and language.

The Romans settled on the peninsula in about 200 BC, bringing their spoken language with them. This wasn’t the classic Latin that we associate with fine art and religion today. Instead, the Romans spoke a more common, cruder form of Latin, known as Vulgar Latin.

If you’re interested in hearing how the Latin language differed between the classic and vulgar variations, NativLang has an interesting exploration of the sounds in the video below (and how they translated to modern Romance languages).

Other settlers and languages began to filter in to the area, including Arabic due to the Muslim rule of the peninsula between 711 and 1491.

In fact, approximately 4000 modern Spanish words are derived from Arabic! You can hear just how similar the two languages are in this fun video from Annenberg Media.

As the languages in the area mixed together, dialects began to take shape within the spoken language. Around the end of the 11th century, the Castilian dialect was formed in northern Spain. This is the earliest point where we can see the beginnings of modern Spanish being spoken!

What started as a local dialect spread and gained a foothold when the kingdoms of Castile, Leon and Aragon joined together to form the beginnings of Spain in the late 15th century. In 1492, Castilian became the official language of the region, having also developed a writing system.

With this newly widespread use, literature began to emerge from the area. People started to write down the tales that were previously spread through oral storytelling, further evolving and refining the language. Other literature began to be translated into Castilian, as well.

A surge of written language is a high point for any society and Spain was no exception. In Charles E. Chapman’s “A History of Spain,” we learn that there was a large intellectual surge during the period leading up to the end of the 15th century.

To this day, Castilian Spanish remains the official language of that incredible country, Spain!

From Castilian to Latin American 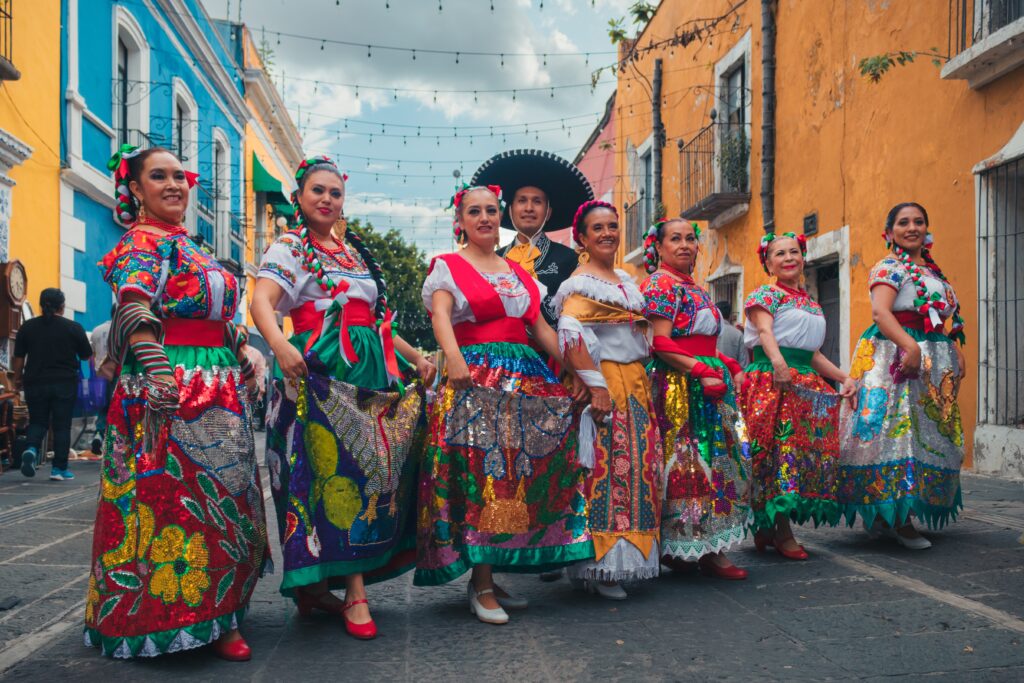 But wait: Spanish is also spoken in the Americas! You may be wondering how Spanish ended up being spoken so far from the Iberian Peninsula.

The journey of the language “across the pond” is thanks in large part to an Italian (or, maybe, Portuguese) explorer whose name you might recognize: Christopher Columbus.

Starting with his voyage in 1492, Italian sailor Christopher Columbus traveled on behalf of Spain (speaking Castilian Spanish) to the Americas four times.

He and his crews brought the language to many places, including the Bahamian islands, Trinidad, the South American mainland, Panama and present-day Haiti and the Dominican Republic.

But he wasn’t the only explorer who visited the inhabitants of America: Spain’s Juan Ponce de León also made some trips starting in 1513 to Florida and expanded across present-day United States.

All this exploration by the Spanish led to the establishment of several Spanish-speaking colonies along the way.

Of course, languages don’t live in isolation, and Spanish continued to evolve after its arrival in the Americas. Castilian Spanish may have arrived in its pure, original form to Latin America but it didn’t remain that way.

Native languages spoken by the people who were impacted by visitors and the church, and later, English speakers in the modern-day United States, led to variations in spoken Castilian Spanish.

Dialects emerged—and Latin American Spanish evolved! Even today, depending on where you go, you’ll hear differences in the language, sometimes subtle and sometimes pretty drastic, as you can see in this video.

If you want more insight on the differences between Castilian and Latin American Spanish (and regional dialects), FluentU also demonstrates how Spanish is used by real people around the world.

The language learning program makes use of authentic media clips to teach both Castilian and Latin American Spanish. Native content is made approachable at any level with the help of interactive subtitles, multimedia flashcards and adaptive quizzes that learn as you do.

Plus, you can also find FluentU on iOS and Android, so you can brush up on your Spanish wherever you go. 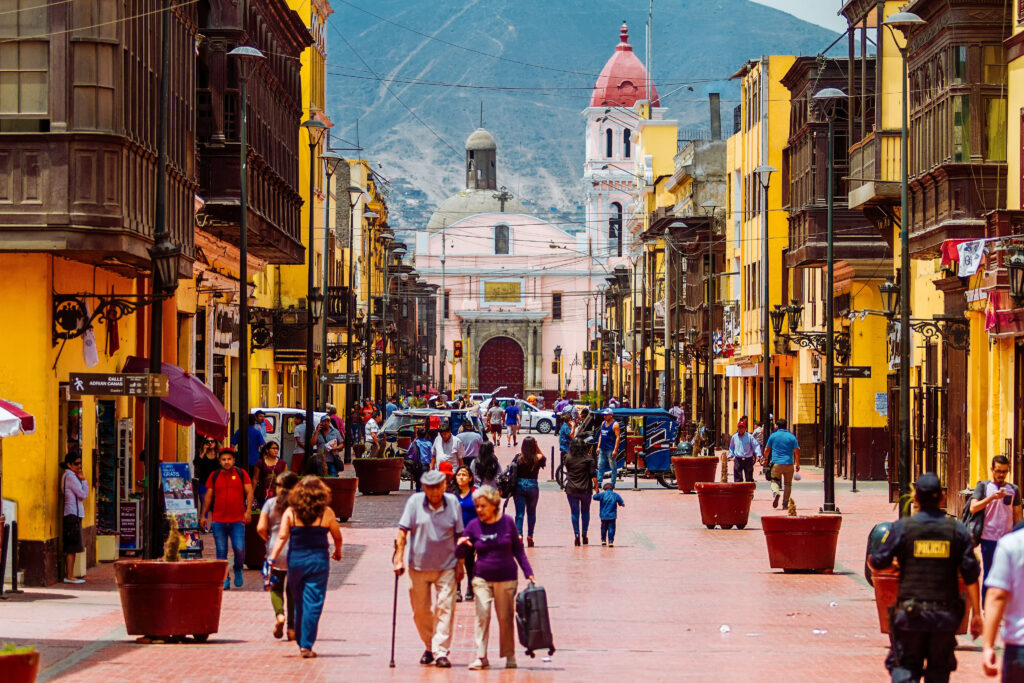 The Different Branches of the Spanish Language

Let’s have a look at what Spanish looks like today around the world.

Castilian Spanish, also called Castellano, is spoken predominantly in Spain. As we saw above, there are some pronunciation points that make it sound different from Latin American Spanish.

There are also a few vocabulary differences:

For example, in Spain you’d drive un coche (a car) while elsewhere you’d use un carro (a car). Additionally, the vosotros (you) form is utilized rather than the ustedes (you) that you’d hear in other Spanish-speaking countries.

Dialects, idioms and slangy phrases make this a fun language to hear and speak—wherever you are!

Spanish Is Spoken by Millions Around the World

Today, Spanish is the most widely spoken Romance language. The other Romance languages include Portuguese, French, Italian, Romanian and Catalan, among others. They also all trace their linguistic family lines back to the Indo-European language family.

Spanish is spoken across the globe and is even used widely in countries that have an official language that isn’t Spanish. The United States is a prime example of a place where Spanish is used extensively despite it not being the country’s official language.

A “world language” is a language that’s widely learned as a second language and spoken extensively across the globe. That’s a pretty big deal!

Originally founded in 1713 to preserve and protect the Spanish language, the Real Academia Española (Royal Spanish Academy) still operates to this day.

Although there are linguistic variations between the Spanish-speaking countries and territories, one of the Academy’s main purposes is to maintain a certain standard and level of uniformity within the language.

This, of course, also reflects how Spanish changes and evolves through time. The Academy engages in academic activity and even releases a dictionary that’s updated every few years and other literary works.

Spanish is the result of linguistic evolution. The origins of the Spanish language show that languages don’t form in isolation.

The language is like una hermosa mariposa (a gorgeous butterfly).

It went through various stages of growth and change.

Finally, the language that we know and love emerged, in all its glorious colors and variations. It spread its wings and flew—and now calls the global community its home!