Depending on the situation, there might be a specific Spanish greeting you should use beyond “Hola.”

Today, we’re going to go over a variety of greetings and introductions you can use. We’ll also explain a little about when and how to use each one.

Hope you enjoy this list of Spanish greetings and introductions!

For some extra help learning these super-useful greetings, look for them in authentic media. For instance, you can see them in use in native Spanish videos like movie clips and vlogs on FluentU.

Create your own deck of interactive, video flashcards with these greetings (and any other words you want to learn) to see other videos where they appear for context, and get tested on your memory of them through personalized flashcards. 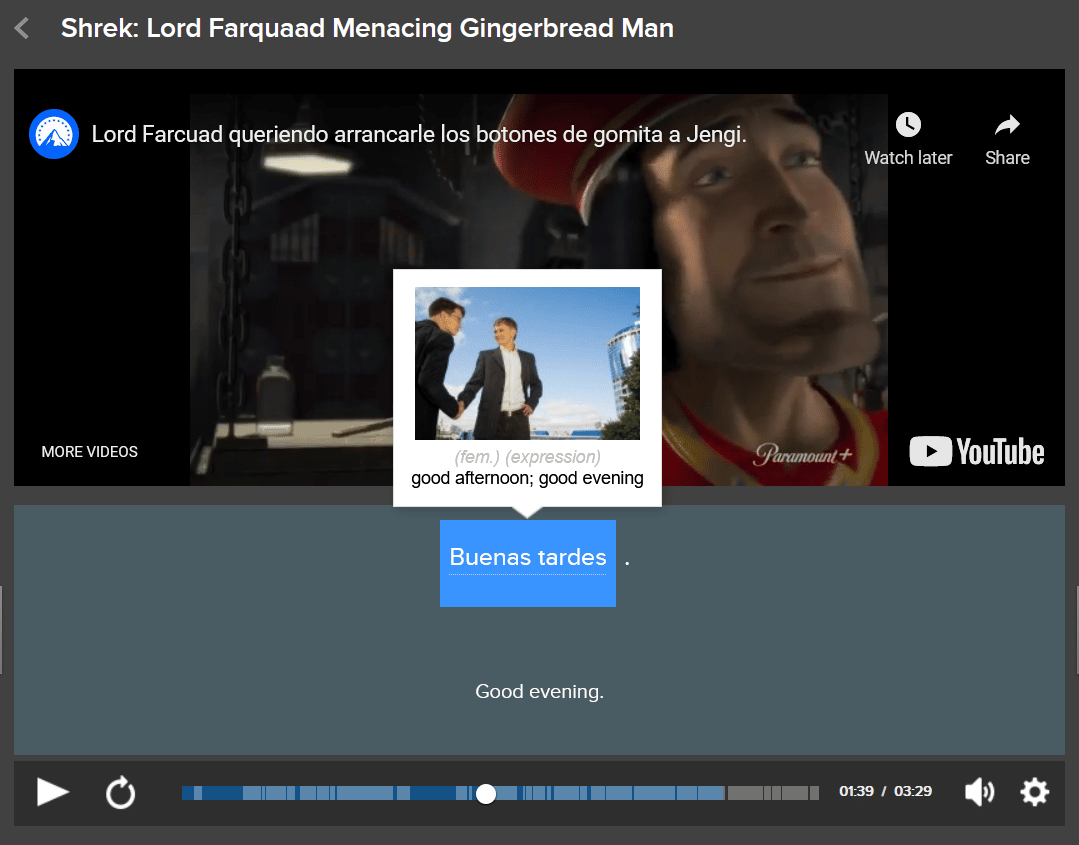 Now say hello to these useful greetings and introduction phrases. After all, first impressions are everything.

This is the most basic of the greetings, and can be combined with any of the other ones found below. Now you can say, “Hola, buenos días,” or “Hola, buenas tardes.” The h is silent!

If you want to say “good afternoon,” and it’s one o’clock or later in the day, you can say “buenas tardes.”

This phrase also means “goodnight.” Always be mindful of the context since you could be saying goodbye.

This is a formal way of asking how someone is feeling. It’s usually reserved for older people of those of authority as a sign of respect. In some South American countries, always use this one to be on the safe side.

Are you conducting business? It is important that you inquire about a person’s well-being before beginning any type of business talk. It’s an indication that you care about your client.

The s at the end indicates that you’re talking to someone your same age or younger. If you hear “tutéame,” you have permission to address the person in the informal way, regardless of age!

Greeting a group of people? The n at the end will indicate that you just said hello to everyone. If you know the group, make sure that you kiss everyone. But if you’re a guy, kiss the girls and shake the men’s hands.

For some it may be informal, but in general this question can be used with anyone in a non-business setting.

Talking to your friends or someone younger than you? Use the phrase “¿Qué pasa?” You may also hear this one when someone wants to know if something is wrong.

It’s considered informal in some countries. Use it with your friends and family. Just remember the rule about the silent h.

Want to welcome someone to your home? The Spanish phrase is  pronounced “Bi en ße ni dos.”

If you’re speaking to a female, you’ll say “bienvenida,” but for a gentleman, say “bienvenido.” Welcoming a group of females? Use the word “bienvenidas.” It may sound chauvinistic, but use the form “bienvenidos” if it is a mixed group.

If you want to make someone comfortable in your home, you can say, “Mi casa es su casa.” You’re not really giving your house away, but you are indicating that they can feel at home.

If you invited someone your same age, change the “su” to “tu.”

Use this phrase when you want to ask someone your age or younger where they’re from. The question will change to “¿De dónde es usted?” if you’re speaking to an adult or someone of authority.

This is a common way of answering the phone in many Spanish-speaking countries. Depending on where you travel, you may hear “bueno,” “sí,” and “diga” instead to answer a phone call.

Regardless of the greeting, respond by saying who you are and make sure to inquire how they are. It’s impolite not to ask! Thank them very much. Then, state the purpose of your call.

Has it been a long time since you’ve seen someone? Say “hola” and find out where they have been. Be prepared to get the whole story!

You’re saying hello, but it’s been ages since you’ve seen them.

Other Resources for Learning Spanish Greetings and Introductions

Sylviane Nuccio is a trilingual freelance writer and a coach. She is the owner of SylvianeNuccio.com