Level Up Your Spanish Skills: The 6 Best Video Games for Learning Spanish

Do your hands feel empty unless they’re holding a game controller?

Or maybe you’re just dying to try out the whole gaming scene but not sure where to start.

Either way, there’s an epic adventurer in you.

And we’ve got a new adventure for you:

No, I’m not kidding! I’ve got some totally amazing games that can level up your Spanish, whether you’re starting as a language n00b or already have some achievements under your belt.

So grab your controller and come with me. It’s time to start your most exciting quest yet!

Can You Really Learn Spanish by Playing Video Games?

Studies show that videojuegos (video games) are more than just fun. They’re helpful for language acquisition in other ways, too.

The big one? Motivation.

Motivation is an important factor in any language program. If you don’t want to learn, you won’t. But Spanish video games are fun adventures that don’t feel like studying—hello, motivation!

Playing games in Spanish is an authentic experience that’s just pure fun. You’ll be stoked to play these games, leading to tons of Spanish-language practice, which ultimately leads to higher proficiency.

And before you decide that games are just for kids, consider that more than two-thirds of all gamers are over the age of 18.

But it’s not just about logging those Spanish practice hours. Spanish video games can also directly impact your language skills.

For example, games deconstruct language. The gameplay is built on short-and-sweet prompts, directions, dialogue with other characters and mini-stories. Much of the language will also get repeated throughout the game. Even if you’re not able to understand everything on the screen, the manageable bites and repetition make it possible to follow along and learn new words in context.

Researchers have also found that games increase the activity in the area of our brains related to memory and learning—namely, the hippocampus. Anything that enhances our ability to learn and remember new language concepts is an instant win.

Level Up Your Spanish Skills: The 6 Best Video Games for Learning Spanish

But before you start spending a mint on games, consider the fact that not every game is beneficial to Spanish language learning. You’re in for the win, though, because we’ve got some super suggestions for excellent video games to play if you want to up your Spanish game.

“Rise of the Tomb Raider” 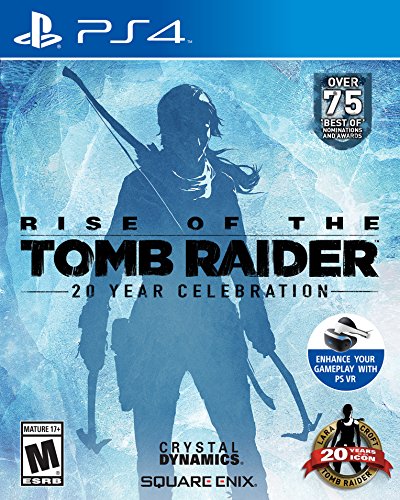 Lara Croft, the woman who solves riddles in a heartbeat, defies death at every turn and knows no fear, returns to the gaming world in her latest adventure. Critics and gamers alike are raving over this one, and it’s no surprise as the “Tomb Raider” series has been a global phenomenon for years.

Lara’s newest adventure is fully supported with gameplay in Spanish, so every feature in la búsqueda (the quest) comes to life for Spanish-learning practice. Just change your language settings in “Options” from the main menu.

There are points where the action is fast-paced, but you can pause to look up new vocabulary. And don’t forget to jot all those new words down as you learn them! 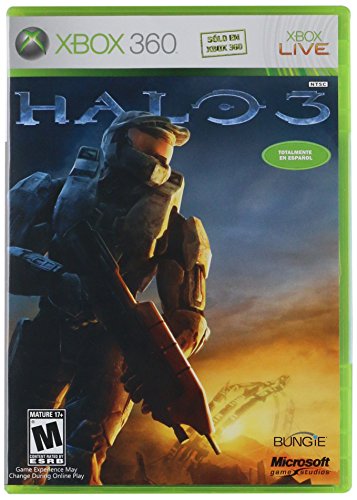 The destiny of life everywhere hangs in the lurch in “Halo 3” and that’s abundantly clear right from the beginning. With only one chance to save humanity, it’s easy to forget you’re playing to intensify your Spanish skills—and not just to rescue the world!

This is a super option for Spanish language learners because this version of “Halo 3” requires no language setting adjustment. When you buy this Spanish version, all you’ve got to do is begin to play. There are multiplayer options, and doing battle with others encourages dialogue between on-screen characters as well as real-life players.

The menu and subtitle options are still in English so there’s little chance of becoming lost as you work to conquer evil.

Solidifying your Spanish skills while you save the world? What can we say except ¡Muchas gracias! (Thank you very much!)

“Legend of Zelda: Breath of the Wild” 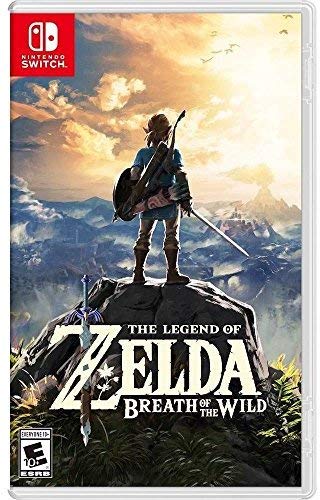 Let’s get right to it: who doesn’t love Zelda?

Exactly. Since its release in the 1980s, the Zelda game line has been one of the best-selling, most widely played game series in history. Some enthusiasts even consider “Ocarina of Time” the best video game ever created.

Link, Zelda and the fantasy land of Hyrule have countless fans, and for good reason. This is excellent video gaming. With adventures, puzzles, explorations and lots of action, there’s no reason not to add this to your gaming lineup.

Why do the huge fan base, super plot lines and mega-success matter to a Spanish language learner? The highly-developed game provides extensive language opportunities, with tons of dialogue between characters. As you play, you’ll receive hints, directions, suggestions and stories from the other characters in the game, giving you plenty of chances to flex your Spanish comprehension skills.

To play in Spanish, just change the language settings in the game options from the main menu. 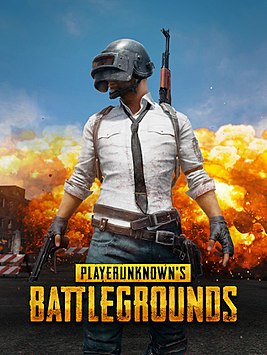 “Playerunknown’s Battlegrounds” boasts hundreds of thousands of players and was actually Steam’s most-played game of 2017. It is, like many games Steam offers, available for foreign-language play.

This is a high-action game where the last one standing is the victor. Players start the game with nothing and must equip themselves to do battle on an island. It’s anyone’s guess who’ll remain standing in the Battle Royale.

To switch over to Spanish, click on the “Language” drop-down menu in the top right. Choose Spanish and in seconds the game play switches languages. That’s probably the easiest part of playing this action-packed survival game.

Any game that provides hours of strategy and thinking in Spanish is a definite bonus to a language program. Better yet, you can participate in the online community to communicate with other players. 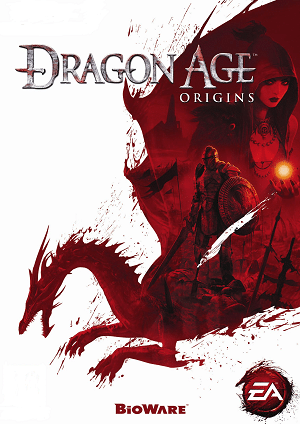 “Dragon Age: Origins” is another offering from Steam that can be played in Spanish.

A bonus is that “Dragon Age: Origins” comes with lots of dialogue so there’s ample opportunity for reading comprehension and vocabulary acquisition. Remember, when you come across unique vocabulary it’s okay to hit “Pause” and add new words to your vocabulary list.

The challenge of this game is to unite kingdoms and slay a demon. In any language, that’s a tall order!

There are dozens of environments, moral choices to be made and adventures to choose from with the demon-slaying goal in mind. It’s so compelling that players report staying awake into the early morning hours, playing long after they should’ve quit—and any game that keeps people so immersed has value to language learning!

All that play, all those hours—in Spanish? Even without defeating the demon, that’s a sure win!

Aeria games is the go-to spot for MMORPGs (Massively Multiplayer Online Role-playing Games). These are games where you can interact with other players around the world in one big, virtual community.

Play with someone from a Spanish-speaking country and you’ll automatically pick up idioms and vocabulary that might not be part of your standard language program. It’s a super fun way to get conversational practice that hardly feels like study.

To find native Spanish-speaking players, you can click on the Comunidad (Community) link from the “Aura Kingdom” menu. This will take you to the forums and other behind-the-scenes game information where you can meet and message Spanish-speakers.

“Aura Kingdom” is free to play. This kingdom of “light and spirits” is actually beautiful. The scenery and characters are works of art. When order to the kingdom is threatened, Knights intervene and this is the point where lots of dialogue and action begins to take place. Make it all Spanish and learn while restoring peace to this magical place.

“Aura Kingdom” is my personal favorite on this site but there are more games that can be played in Spanish, so if saving a kingdom isn’t your thing, go to the Juegos (Games) tab in the upper menu to investigate the other options.

Maximize your video game and Spanish practice time by choosing games wisely. While it’s great to become a total game pro, the object is to power up your language skills. So choose games with lots of text and dialogue. The more you read, the larger your vocabulary becomes.

When you get the chance, or after each play session, give yourself some time to unpack what you just learned. Write down new words you discovered, or keep a journal for writing your thoughts on the game or recording your progress—in Spanish, of course.

You can also watch videos or livestreams of Spanish-speakers playing your favorite video games, and even join the conversation in the comments or chat.

Take your newly acquired vocabulary beyond the video game. For example, make a flashcard deck for new words on FluentU. Then, you can watch videos where they appear for additional context that’ll help you understand how to use the words in conversation.

Watch videos like movie clips, music videos and commercials to find more general words that might turn up in your video game adventures—and bring the learning full-circle. 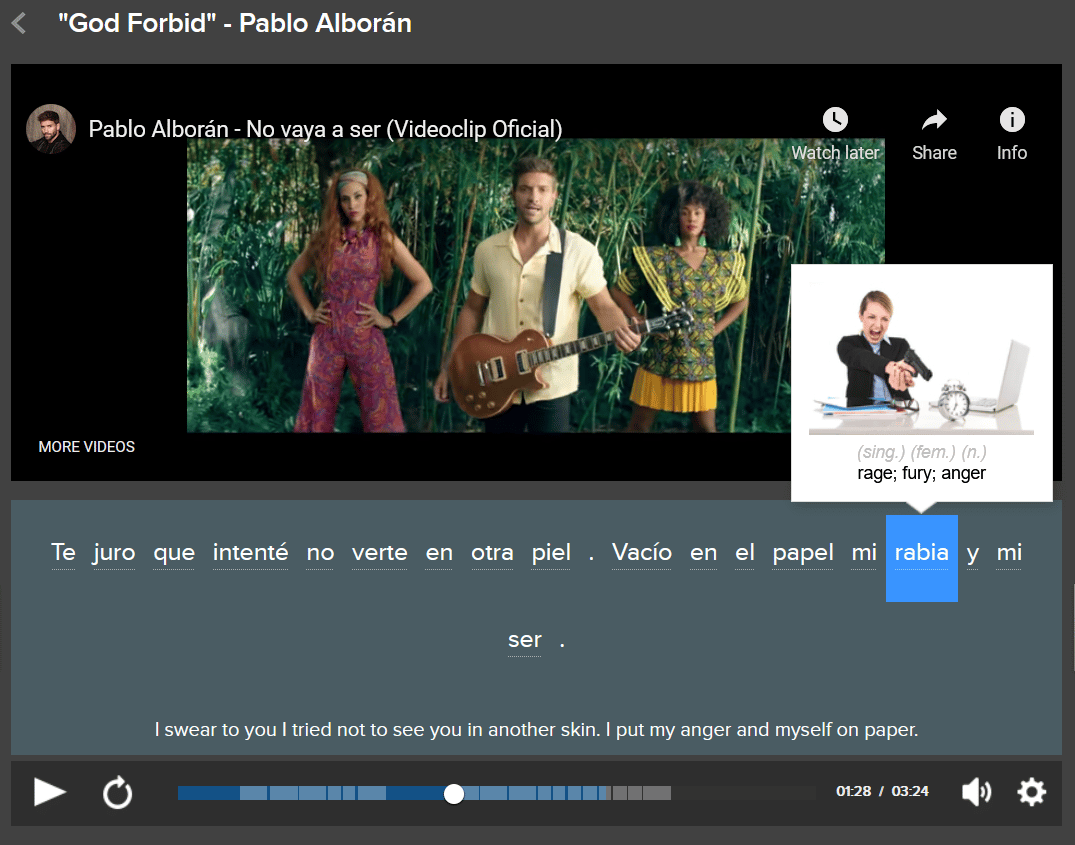 Invite others to join in the video game adventure. Playing games with friends and family will encourage conversation so keep it in Spanish and increase your learning! Most of all, have fun while you play for the big prize, Spanish fluency!