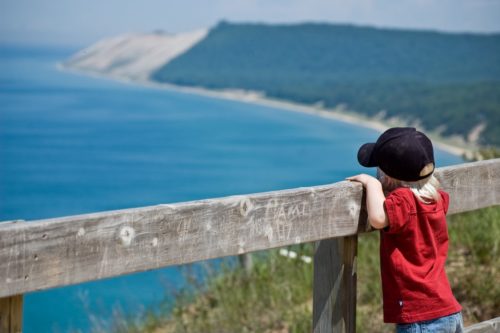 Living the Dream! 6 Awesome Jobs That Require a Second Language

You remember when you were young and dreamed big.

Now those elusive dream jobs loom haughtily in the distance and seem further away than they’ve ever been.

They taunt you as you stock shelves, file paperwork or repeat for the 5,000th time that there are no returns on used underwear.

But there’s one way to turn your dreams into a reality: learn a second language.

If you’re job-hunting, chances are strong that there’s a recruiter out there who would love to spot your resume or CV shining like a glowing beacon of hope in a pile of monolinguals.

Whether you’re looking for full-time work or a way to make money on the side, there’s no shortage of jobs for language majors or anyone fluent in more than one language.

While dream jobs might be a little harder to land, knowing an extra language can still give you a leg up!

How Do Second Language Learners Fare in the Workforce?

Apart from having their first pick of jobs that require a second language, being bilingual has other advantages out in the field.

According to the Chicago Tribune, foreign-language careers are on the rise in a number of different fields. These fields include finance, healthcare, social services, information technology and more, so learning a second language can increase your employability in almost any field you can imagine.

6 Dream Jobs That Require You Know a Second Language

Not every job offers excitement, intrigue and a vehicle to use your language skills, but each of these dream jobs packs all that into one thrilling career path. Living your dream is nice; getting paid to live your dream is even better.

If you’re outgoing, persuasive and multilingual, a career in international sales might be your ticket to happiness.

In any sector that produces goods, you’re likely to find international sales positions. Many international sales positions focus on B2B sales, which means “business to business.” Businesses often sell their products to other businesses, and while these negotiations are often considered more complex, they can also be tremendously satisfying for a skilled negotiator. Plus, they often pay more due to the perceived difficulty.

To pursue a career in international sales, it’s helpful to have a bachelor’s degree in business administration and/or experience in sales. Speaking one or more world languages is also important, particularly for specialized fields with strong regional ties.

For instance, if you want to go into ginseng sales, you’ll undoubtedly need to know Chinese. In general, Chinese is useful for anyone looking to go into international sales since China is a huge market with a lot of spending power.

While salaries can vary wildly, the Bureau of Labor Statistics reports that sales managers make a median salary of $117,960 per year.

If you’re passionate about the educational power of travel, a job as a study abroad coordinator might make your heart soar.

Study abroad coordinators are usually expected to have traveled abroad themselves. In addition to language skills, they may often have master’s or doctoral degrees in related fields like business administration and/or student affairs.

According to the Bureau of Labor Statistics, the median salary for postsecondary education administrators is $90,760, though this varies based on rank, region and school.

If you want to use your language skills while representing your country abroad, a career as a foreign service officer might be right up your alley.

Foreign service officers serve as representatives of their home nation in countries throughout the world. Depending on their career track, they might help Americans abroad, protect American borders, work to negotiate with foreign governments, manage embassy operations, promote mutual understanding and more. If you’re U.S. based, you can find more information on foreign service career tracks from the U.S. Department of State.

Skill and experience requirement vary by position, but due to the international nature of the positions, language skills are always useful. Since foreign service officers are stationed all over the world, any language may be useful. Widely spoken languages like Chinese, Spanish, French and Arabic will provide you with more flexibility, though learning an uncommon language can set you apart from other candidates.

Pay scales vary based on position and location.

If you love helping people, a job in international development might float your proverbial boat.

International development jobs focus on helping communities across the world. This may involve addressing issues like health, clean water, economic development, energy, the environment and more.

Devex provides job listing in the international development field that you apply for or use to plot your career path.

The language skills you need are based largely on what region you’ll focus on. Since Spanish and French are spoken in many countries around the world (if not as a first language, as a common second language), these are particularly useful. Learning a more specific regional language can help provide additional direction for your career path.

While journalism jobs are on the decline, foreign language speakers with a passion for sharing the most pertinent world stories might still seek out an exciting career as a foreign correspondent.

International journalists and foreign correspondents travel throughout the world to cover breaking news stories. They’re often in the field for major disasters, including extreme weather and armed conflict. This makes it an appealing career for adrenaline junkies.

Knowing additional languages is a valuable skill for foreign correspondents since it allows them to interview people in their native languages. Additionally, those seeking these jobs usually need a minimum of a bachelor’s degree. Journalism and communication are popular majors, though journalists covering more specialized fields may benefit from studying political science, economics and/or law.

The languages most in demand depend on what region you’re covering and where news is happening. Since international correspondents often focus on conflict regions, learning the languages of these regions is particularly useful.

For instance, since much news coverage focuses on the Middle East, Russia and North Korea, languages that are currently useful include Arabic, Russian and Korean. The news is constantly changing, though, so this can turn on a dime.

While all the gadgets and glamour might not be real, intelligence positions remain a legitimate option for avid linguaphiles.

Being an intelligence operative doesn’t necessarily involve sneaking into parties to follow around shady characters. It might involve field work, but there are also many positions in analysis, STEM and support.

If you’re based in the US, the CIA website offers a helpful breakdown of job categories.

While there are foreign language roles that focus predominantly on language skills, these skills are useful for any intelligence position. Most CIA positions require a minimum of a bachelor’s degree and a strong GPA and necessary skills often include analytical abilities. Each individual position also has additional education and experience requirements, so if this is a field you’re interested in, it will be beneficial to look at specific job requirements before proceeding.

The U.S. has identified a number of languages that are particularly needed for national security, so you might consider studying these critical languages if you’re looking for a position in intelligence.

The existential dread of working a lackluster job doesn’t have to last forever. With the right language skills, you can get your foot in the door of that dream job!

You can start training for your dream job with FluentU. FluentU makes it possible to learn languages from music videos, commercials, news and inspiring talks.