Korean films are a great source of entertainment but they can also be a great way to learn the language, especially when they have dialogue-heavy scripts.

And you can find tons of them all over the internet, without ever logging into a Netflix account, buying anything on Amazon Prime, paying for DVDs or using any sketchy-looking sites.

In this post, we’re going to look at some great options that cover hundreds of Korean movies available for free and legal viewing online.

How to Get the Most out of Your Free Korean Films

Watch Korean movies from a variety of time periods.

The one catch to viewing movies for free online is that you’re not usually going to find the latest blockbusters everyone else is watching. So you’ll need to develop omnivorous tastes.

Older classic films are a huge part of the free content you’ll find online. And luckily, watching Korean movies from different eras comes with its advantages. Sure, you can gain insight into Korean history through historical dramas—ones that take place during the Japanese occupation, for instance—but Korean television dramas haven’t been around for nearly as long as Korean film, which stretches back to around the beginning of the 20th century.

By varying the release years of the movies you watch, you can gain a more nuanced understanding of Korean history and culture, which will only add to your language studies and enjoyment of Korean film.

Koreanfilm.org is a fantastic resource for familiarizing yourself with different periods of Korean cinema. You can browse by year or decade, depending on whether you’re looking at more recent films or older ones.

If you’re on a mission to find free Korean film content online, you can’t just rely on Netflix throwing recommendations in your face. You’ll need to cultivate your own methods for deciding what to watch. Learning about different periods of Korean film is just one way to do this. Another is to keep up with indie films and movies in less popular formats—like documentaries, shorts or experimental films.

Anything outside of the current mainstream is more likely to be available for free online, and getting excited about what you’re watching never hurts. 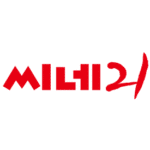 Try following film festivals in Korea and looking for Korean films at festivals anywhere. You can also follow Korean film news on 씨네21 (Cine21), which additionally makes for good Korean reading practice. Familiarize yourself with directors, actors and the movies in their pasts and presents, and you’ll develop preferences and opinions that can become a road map for finding interesting and free Korean films. 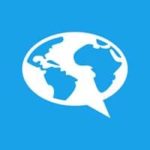 All the resources below offer English subtitles in some form. This makes many of the available films beneficial for most levels of learners, as beginners can watch them to get a handle on pronunciation and cadence while more advanced learners can try to understand dialogue line by line.

However, if you’re serious about getting the most out of Korean movies, you may want to consider supplementing with some level-specific content and interactive captions on FluentU.

FluentU is the perfect way for Korean movie buffs to learn the language. In addition to trailers, you’ll even find short online films and mini-movies you can watch with optional Korean and English subtitles right on the site or app. 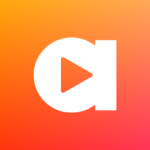 This could easily be your main stop for Korean films online. Okay, so some of these movies are only available for viewing with a premium subscription, but many of them can be watched immediately on the site. Simply filter by region and genre, and click on a movie to see if it’s available—if it is, watch away! You’ll just have to put up with the occasional ad.

You’ll find a huge variety of Korean films on AsianCrush, from romantic comedies to thrillers to documentaries. 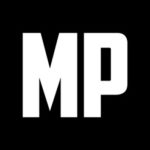 If you’re into horror or just weirder stuff, you may want to check out Midnight Pulp, a channel owned by the same distributor as AsianCrush. There’s a lot of overlap between the two sites, but that doesn’t mean it’s not worth looking at to see if a film that isn’t available on one might be watchable on the other.

If you’re not sure where to start, try “잘 알지도 못하면서” (“Like You Know It All”) or another film by Hong Sang-soo. While some of Hong’s movies deal with fraught subject matter, many, especially more recent ones, take on a light, humorous tone. They have a lot of dialogue, which is great for learners. Also, as he’s generally respected in Korea, dropping this director’s name into conversation might help you make some Korean friends.

Now, I could continue to stress that varying your film tastes is important. I could yell it as loudly as the guy announcing discount sushi in the food court of my local H Mart. But I know that some of you are here primarily for your beloved Park Chan-wook, and you’ve come to the right place. Just be aware that only some of his films are available for free viewing. It’s also worth mentioning that you can watch “공동경비구역” (“Joint Security Area”) on AsianCrush—it just doesn’t show up in a search of Park’s name for whatever reason.

AsianCrush films come with English subtitles. There’s a “CC” button on the player, but often the subtitles have been added to the film itself, so they can’t necessarily be turned off. 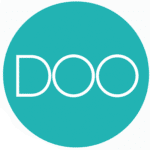 FilmDoo allows you to rent films online, but it also offers a nice selection of short films for free. Just scroll down in the Korean category and click “Watch for Free” to see the complete list.

One gem is “Bikini Words,” a six-minute documentary that introduces words and phrases used in South Korean factories in the ’70s and ’80s while exposing the problematic working conditions of the times. This film manages to be surprisingly lighthearted, as it features former workers posing expressively with various costumes and objects.

Films on FilmDoo generally come with subtitles that can be set to English or a different language.

This is the official YouTube channel of the Korean Film Archive, which hosts nearly 200 films that mostly span the second half of the 20th century. Go to the “Videos” section and enjoy!

“미망인” (“The Widow”) is the 1955 film alluded to earlier. It was directed by Park Nam-ok, Korea’s first female film director, and it’s available to watch on Korean Classic Film. It follows the trials of a widowed woman who eventually decides to remarry. Unfortunately, as this is an older film, some sound, as well as the intended ending, is missing… but it still weirdly kind of works.

If you’re curious about the suspense/horror film I mentioned at the beginning of this post, Park Chul-soo’s 1995 offering “삼공일 삼공이” (“301, 302”) is also here. However, I feel the need to include a strong content warning for some difficult subjects, including abuse and eating disorders. It’s not for everyone, and may not be for you—but rest assured, something on the Korean Classic Film channel is sure to be right up your alley

Note: While it may be important to know what you’re getting into, as with the film above, be careful with the synopses on this channel, as they sometimes contain spoilers.

Films here usually come with English captions that can be turned on and off with the “CC” button. 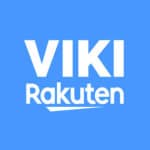 Honestly, Viki is more of a place for dramas than movies. It probably wouldn’t be counted among the very best sites for streaming Korean movies, period. However, when we consider the question of where free Korean movies can be found, it’s definitely worth a look.

This is another subscription site with premium and non-premium options. Most of Viki’s free movie content comes with English subtitles, which can be turned on and off. There’s usually a wide variety of subtitle options for other languages, as well. It also comes with ads, but that’s the case for most of these sites.

You’ll mostly find romances and suspense movies here. Imagine if Korean drama series were Korean movies—that’s what Viki’s free film selection looks like. So this might be a good starting point for drama fans.

“더 테이블” (“The Table”) is divided into four scenes in the same cafe. Each scene features a dialogue between two people and not much else, which gives you some great stripped-down listening content. The conversations are full of awkward, cringe-worthy moments, but the juicy kind that might cause you to eavesdrop while unassumingly sipping your espresso. As you’ll see from the comments, this film features some characters Viki users love to hate. Talk about drama! 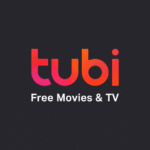 If you type in “Korea” or “Korean” on Tubi, you’ll get some Korean films… but also probably some documentaries in English about Korea, along with, say, an English-language film starring the Korean-Canadian actress Sandra Oh. However, Tubi is pretty good at tracking your browsing habits, so if you look at Korean films for a while and then select the “Foreign Language Films” category, you’ll hopefully find exactly what you want.

While there are ads here, they’re less present than on some other sites.

One cool selection is “여배우들” (“The Actresses”), a mockumentary-type film covering a fashion shoot and starring six real-life Korean actresses. Unlike the selection on Viki, it’s surprisingly low-drama. There’s the expected competitive tension to create an obligatory plot arc, but much of the movie is just the women sitting around and talking candidly. This is a great resource for learners who want to hear less-scripted Korean and get familiar with some of the talent in the Korean film industry.

Note: While the other resources on this list seem to cater more to an international audience, Tubi typically only works in the U.S. and Canada.

After all the resources above, this YouTube channel might seem a bit silly. But learners need a wide variety of content, and even the most snobbish cinephiles need a break now and then.

No, these videos aren’t going to be winning awards at Sundance anytime soon. But Dingo K-Drama has plenty of skits, short movies and other free content you can use as learning material and to keep up with Korean pop culture. These can eventually help you understand references in feature films and recognize famous entertainers.

All videos are subtitled in English.

Basically, this is the same type of content you’ll find on FluentU, so if you enjoy Dingo’s videos, consider giving our free trial a whirl.

One popular category on this channel is short films based on “what if” scenarios, such as “What if the president of South Korea came and folded your laundry with you?”

These little movies allow you to take in a fun story in a matter of minutes and will often teach you some handy language for everyday use.

Become a film aficionado and learn Korean at the same time.

All you have to do is start watching!

Elisabeth Cook is a freelance writer who loves discovering new films, Korean and otherwise. She writes about books and occasionally movies on her blog Lit All Over.