This could be the day.

This could be the day you realize reading comics really can change your life for the better.

As it turns out, webtoons aren’t just a convenient format for enjoying some light reading on your phone or laptop, they’re also an excellent way to sharpen your Korean skills.

We’ll talk about what they are and how to read them in such a way that you can learn Korean while going through the exciting twists and turns of a story.

We’ll even point to some perfect places you can find webtoons in Korean.

So buckle up, this is going to be an exhilarating ride!


What Are Korean Webtoons, and Why Do You Need to Read One Right Now?

Korean webtoons, a form of manhwa, are colored comics in digital format. Instead of reading a comic book, you’re holding a phone or a laptop and using an app or going through a website to get your fix. There are no actual pages to turn. Instead, you scroll up or down. Korean webtoons are similar to Japanese web manga, but the latter is more often in black-and-white and oriented horizontally, and you swipe right-to-left.

Even though the medium is digital, you still have all the classic elements of the paper format—story, characters, suspense, humor, art—that are so addicting to readers of all ages.

And for Korean language learners, webtoons are proving to be excellent media for picking up the language. Here’s why…

There’s just something about webtoons that can grab people’s attention. Think about it. A kid who can’t stand ten minutes of math class will stay up late into the night just to read comics under the cover of blankets.

Don’t fancy yourself immune to the lure of webtoons, no matter how you felt about math class. As long as you’re human and love a good story, some webtoon of some genre will `resonate with you. Whether it’s a timeless love story, a slapstick comedy of errors, an underdog’s tale of redemption, a horrific account involving creatures from the deep or even some weird fantasy plot, Korean webtoons have something to offer everybody.

If Korean language learners can ride this wave and use the medium for learning, they’ll make serious headway in their language goals.

Digital comics are a visual medium, so expect lots of pictures, colors and graphics.

Pictures happen to be very good for the memory because the human mind tends to think in pictures. That’s why, in the great majority of language learning content today, pictures, both moving and still, are an integral part of the approach.

With digital comics or webtoons, you don’t just have run-of-the-mill visuals. You have characters decked out in bright colors, the hero depicted in powerful movements and poses, the action sequences sprinkled with a bit of exaggeration. Each panel is designed to intrigue, entertain and tell a story—just what the Korean language learner needs.

Webtoons keep words to a minimum.

Webtoons are perfect for language beginners because they’re simply worded and appropriately paced.

For students who find Korean dramas or movies too fast, with subtitles showing one second and disappearing the next, webtoons are the perfect alternative. You can look at the text for as long as you want and it will stay that way until you scroll. You have total control over the amount of exposure. You have plenty of time to savor the text.

The dialogues in webtoons are often simple, direct and to the point. The lines presented tend to be approachable because of the volume of context provided by the pictures. So if you’re having difficulty understanding the text, the images in the panels will give you a leg up.

To fully tap into Korean webtoons for language learning, here are some things you might want to try…

Click… Kaboom! How to Find and Read Korean Webtoons

How to Really Get the Most Out of Korean Webtoons

1) Don’t rush getting the English versions.

You could be reading dozens of webtoons, but if you’re reading and digesting them in English, then they won’t bring you any nearer your goal than reading about swimming teaches you the butterfly stroke.

Fight the temptation to look for the English versions of webtoons. That should be the last, culminating step—not your go-to strategy for dealing with them.

And like we said earlier, there’s not much text presented in webtoons, so you can actually take the time to wrestle with the text.

Below, we’ll go through what you should do. Doing these things will help imprint vocabulary, phrases and sentences in your head. Because you’ll have undergone a specific process, wrestled with the text, your memory of it will be stronger. The connections in your mind will be clearer, and you won’t forget them as easily as you would vocabulary you memorized from a long, dry list of words.

2) Guess and let the pictures be your guide.

Guess. This is one of the very first things you need to do when you approach a Korean webtoon. Of course, it’s going to be in Korean, and if you’re not very advanced in your studies, you may not know exactly what it’s all about.

Let the pictures be your guide. Who’s the main character? What are their goals? What’s happening in this scene over here? Before you get to nuances and shades of meaning, you need to be able to hit broader categories like this.

You’ll really have to get comfortable with the idea that your speculations might be wrong. It’s part of learning any new language. When you were a child, you didn’t have any problems guessing what words meant, and it didn’t bother you that you were making assumptions. And when later you found out that you were wrong, you simply adjusted your thinking.

Engage in that child-like approach again when you deal with Korean webtoons. Remember that you’re processing them in the context of learning the language (as opposed to pure entertainment). Guessing will hone your ability to read context, which is crucial in learning language.

So have at it! Who cares if you turn out to be wrong? What’s important is that you’ve gone through the act of reading itself.

As you read a webtoon, practice reading Hangul.

If you’re not aware of it yet, Hangul can be learned in an afternoon. This really is true. This is not an exaggeration! It can be mastered in a week, or much less if you like.

Some people who haven’t learned an East Asian language may not realize that written Korean is different from written Chinese or Japanese. Hangul was created to be learned very easily! In fact, it was created as a response to Chinese characters being so gosh darn hard.

So don’t be turned off by Hangul’s boxy combinations. They’re there to help you read. Just memorize the sounds the characters make, combine them together and there you go!

4) Write down the lines.

The next thing you need to do is to write the lines in webtoons down yourself.

Now, you might think this is a little bit more involved than just looking up the ready-made English translation and being on your way. But that’s exactly the point! You’re going through the process of working through the text, struggling with the text and manually writing stuff by yourself.

As it turns out, writing by hand is an extremely powerful learning strategy. Getting your fingers and hands to go through the motions helps with retention and comprehension. So even though this technique drastically slows you down, I urge you to practice it.

Imagine what you’ll learn by the end of a single episode, not even to mention a single webtoon!

5) Take it one chapter/episode at a time.

As mentioned, the tips and techniques mentioned here will drastically slow your pace. You have to be comfortable with slowing things down. Again, you’re digesting webtoons with a particular agenda in mind—learning the language. So you can’t read just like a kid looking to be entertained. There are thousands who read Korean webtoons (in English) but don’t learn the language because they’re in it for the story.

Sure, you can look up the English version and enjoy the story a few episodes ahead. But this can kill your ability to work with the text—gradually discovering what it’s all about, negotiating meaning, finding out you were off base and self-correcting.

The general rule with authentic content like this is that the harder you work with it, the more of the language you absorb.

So now, why don’t we find out where you can get Korean webtoons online?

Where to Get Your Daily Dose of Webtoons 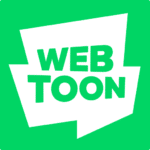 It was launched in 2005 by Jun Koo Kim, who’s a fan of comics himself. Today, it’s the leading source of Korean webtoons, covering a whole range of genres, which includes romance, comedy, sci-fi, horror, fantasy, drama, slice-of-life, historical and sports.

If you’re new to webtoons, your first stop should be Naver. Why? Because it contains a robust cross section of the different stories the world of webtoons currently offers. Plus, it has a whole different outfit (Line Webtoon) that translates Naver’s stories into English. And yes, it’s free!

Still don’t know where to start? Here are a couple of gems in Naver’s large stable of titles: 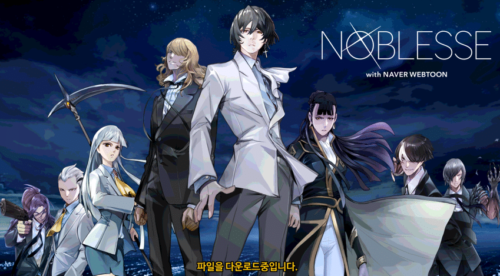 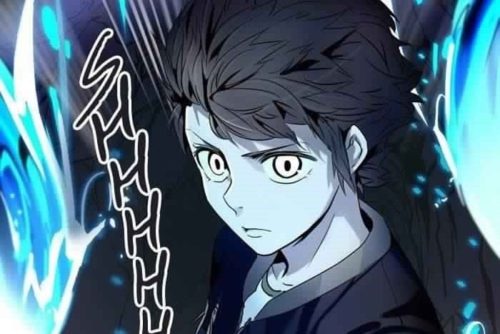 So, are you up for it? Naver’s webtoons are perfect for language beginners. The dialogues are approachable for any student who takes the time to work with the text. 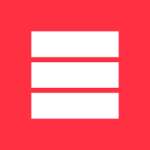 The Daum webtoon platform is owned by the same company who runs KakaoTalk.

With its slew of original stories and interesting characters, the portal has also become a leading name in Korean digital comics, amassing millions of Korean followers and even forging partnerships with Disney’s Marvel Entertainment.

Intermediate and advanced language learners will enjoy the more complex storylines and dialogues. You can also learn more slang and idiomatic expressions here.

There are plenty of stories on Daum that are totally free. For others, later episodes require payment for instant access. If you don’t want to fork over any money, then it’s really just a waiting game. There’s a set number of days before the episodes are automatically unlocked for non-paying readers.

Here are some Daum favorites to check out: 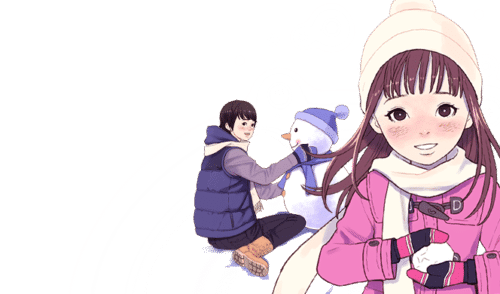 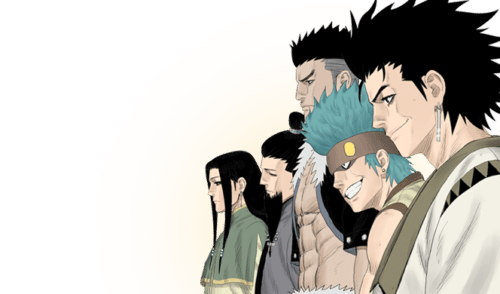 Daum also has an app you can download (Android/iOS). 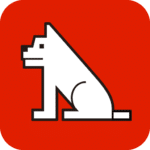 Lezhin is intended for mature audiences, and is also home to some plots that push the envelope and that some may find uncomfortable. So reader beware.

Lezhin has excellently curated webtoons for adults that cover all the genres you can think of… and probably even some you haven’t thought of yet. There are titles that cover romance—including same-sex love stories in the BL (boy love) and GL (girl love) categories—as well as comedy, horror, fantasy, etc.

Here are a couple of stories to check out for your regular reading fare: 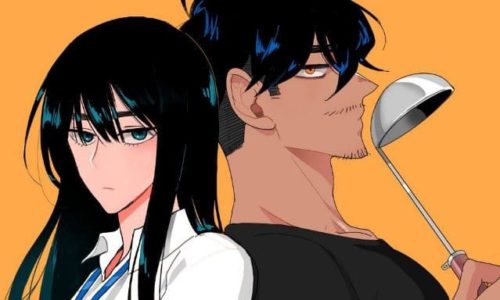 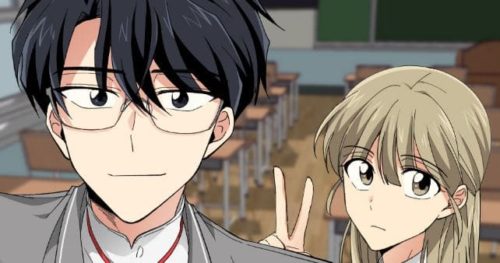 Like Daum, later chapters or episodes of some stories are locked. They can be accessed by exchanging “coins,” which you need to buy.

While this site may be for mature readers, adults who are beginner and intermediate learners of Korean should feel welcome here. The dialogues are brisk and sharp. The featured conversations give readers a taste of the nuances of the language.

Webtoons are an infinite source of language lessons that are just waiting for the discerning Korean learner.

So give webtoons a place among all the other authentic Korean content you’ve been enjoying.