The Best TV for Russian Learners via 5 Handy Android Apps

One way you can improve your Russian linguistic skills is by watching Russian movies, news and television shows through handy (and mostly free) Android apps for your smartphone.

To save you the hassle of downloading and testing them out yourself, I put together a list of the five ultimate Russian television apps available in the Google Play store.

How Can Russian TV Apps Help Me Improve My Russian Language Skills?

The 5 Best, Most Immersive Russian TV Apps for Android 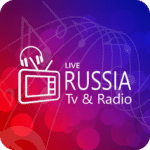 This free little app contains live Russian-language television channels and FM radio stations. Every aspect of the app’s navigation is in English, making it ideal for beginner learners who are still getting used to the Russian alphabet. The subtitle situation is hit or miss depending on the channel you watch, so all levels of learners can definitely work on their listening and comprehension skills with this app.

This app is also noticeably fast and well-coded, so you can expect a very user-friendly experience. They claim that their videos are high definition, and while a lot of their content isn’t “true” HD, the quality is much better than other live-streaming applications. You won’t have to deal with unwatchably grainy and pixelated television with this app. 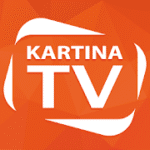 Another great app in the Google Play store is the Kartina TV app. This app is essentially the Android-optimized version of the popular Russian television super channel. The navigation contains a mix of Russian and English, so we’d suggest intermediate and advanced learners try this app out. Like with Russian TV Live, the subtitles aren’t set in stone for every channel you watch.

The only real drawback to this app is the resolution. Much of the content available is mid-to-low resolution, which can be a dealbreaker for some, but works just as well if your main intention is to learn Russian. While this app is free to download, Kartina TV requires a paid membership to unlock all of its content. However, pricing is fairly reasonable and you can try a month-to-month plan to see if you like the content available. 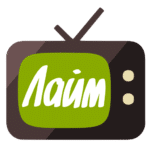 Лайм HD TV is a free Russian-language television streaming app that’s actually high definition. No empty promises, no fuzzy videos that are one giant pixel. You really do get great quality Russian footage with this app.

One important thing to consider about Лайм HD TV is that while there’s a ton of great free content available, many of the channels (especially channels that play modern movies) cost a fee to view. Still, there’s a ton of great high-quality content to check out with this app. Just be aware that the entire app is in Cyrillic, so intermediate and advanced learners will probably get the most out of it. 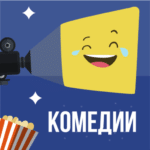 Do you love comedy? Do you want to know what Russian people consider funny? Then Комедии is the television app for you!

Since this app’s navigation is entirely in Russian, beginners may struggle to find what they want to watch. Also, be aware that almost all of the content available in the app is sourced from YouTube and it may take you directly to YouTube to view the content. Still, this app is a great directory for finding royalty-free Russian television and films online.

As you can see, there are a few stellar Russian TV apps out there for Android devices.

It’s safe to say that you’ll definitely find at least one of the apps on our list useful for brushing up on your Russian listening and reading skills!