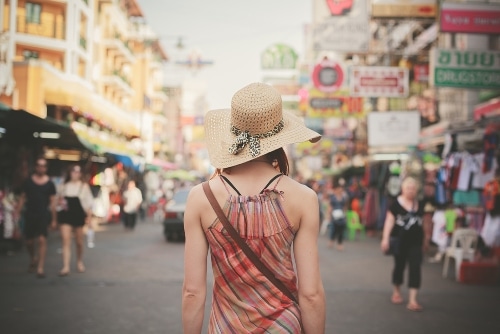 Eat Your Heart Out, English! 12 Beautiful Words in Other Languages

Talk is cheap. Actions speak louder than words. A picture is worth a thousand words.

The truth is, words tend to get a bad rap.

Our world is inundated with visual stimulation. People need to see to believe. We often want to watch instead of read or listen. And it’s not just television, movies, memes and YouTube that we’re watching.

Look around you. Go ahead. Look around. There are images everywhere, both still and moving. They can be incredibly awesome or woefully uninteresting. Either way, they make us feel something and when we want to talk about what that something is, we use our words. No matter how much visual stimulation we encounter on a daily basis, words will always be our primary source of communication. It’s just that simple.

And we’re desperate for more of them.

How many times have you been in a situation where you’ve said “I really don’t know how to explain it” or “I wish there was a word for this?” Life lends itself to a vast panoply of experiences that makes us feel, see or do things that are weird, cool, kind or even troubling, and sometimes we just want to tell someone about it.

As great as the English language is, it has its limitations. English is taking small strides towards expansion. For instance, “selfie,” “google” (the verb) and “lol” have made it into the dictionary, so all hope isn’t lost—or is it?

Luckily, other languages from around the world often offer the solution to the language limitation issue. Expand your horizons by opening your mind to beautiful words and phrases from languages around the world, and you’ll always know just what to say.

Let’s take a look at how other languages describe some of the pains and pleasures of humanity that we just can’t find the words for.


12 Beautiful Words in Other Languages

The list below is a great taste of the languages represented, but to learn more beautiful words, phrases, concepts and sentences, we recommend you check out FluentU. FluentU takes real-world videos—like movie trailers, music videos, news and inspiring talks—and turns them into personalized language lessons for beautiful, individualized learning. 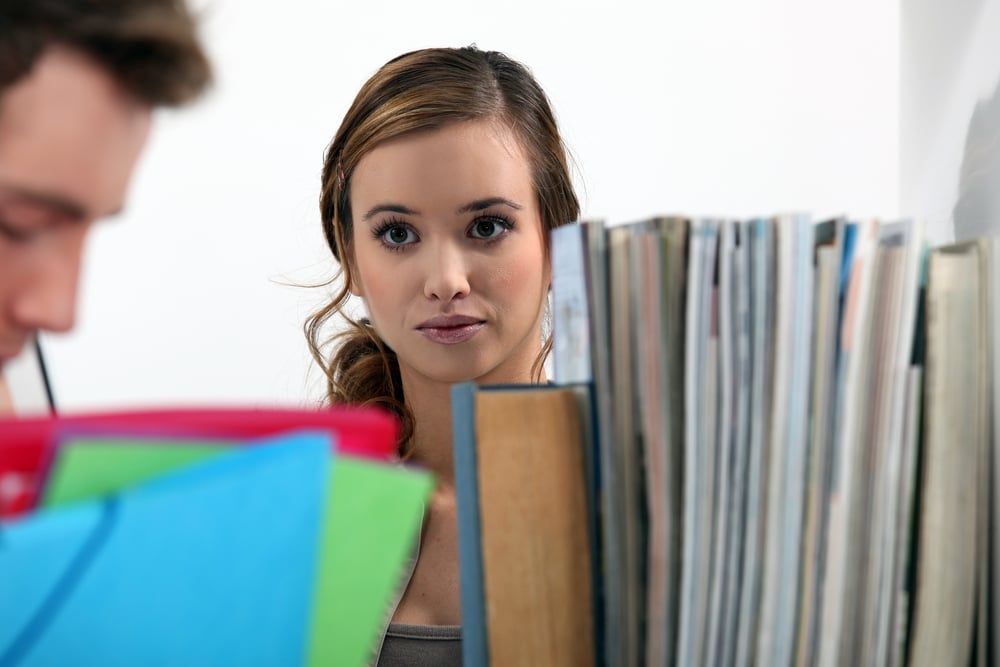 Love. The gift and the curse. The be all and end all. We all know what it feels like to love someone. It’s the best feeling in the world—when it’s reciprocated. There’s arguably no worse feeling than the pain of unrequited love. Many of us know the feeling of looking on at that other person wanting nothing more than to be forever wrapped in their arms, but knowing it will never happen because they don’t love you back. It’s painful. It’s horrible. It’s douleur exquise.

Meaning: The pain of unrequited love. 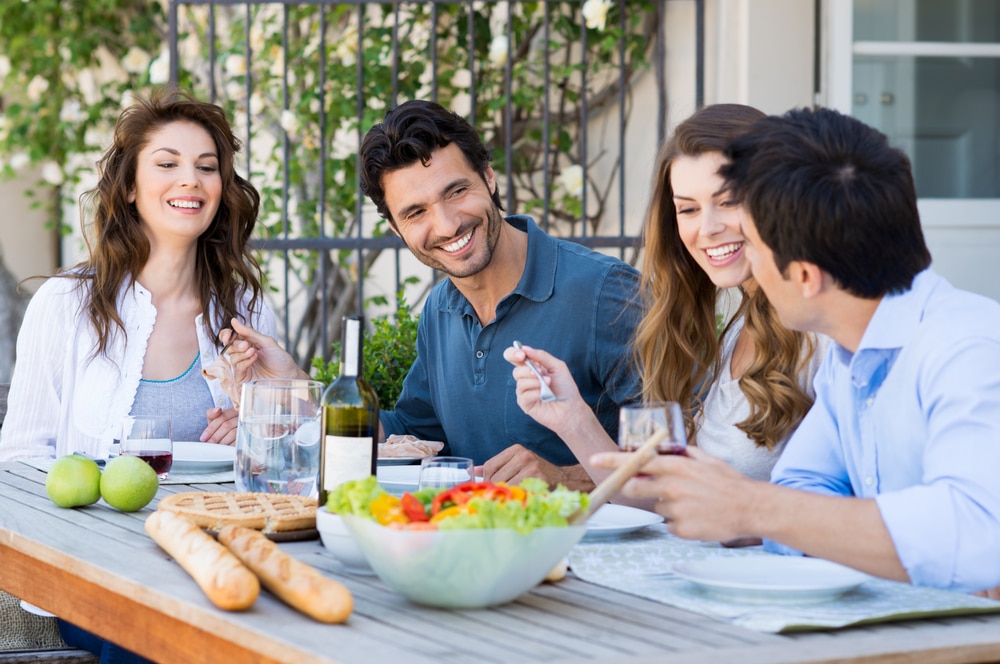 There are little joys in life like that of gathering together for a meal with family and close friends. The food, the drinks and the laughter can make for great memories. We get so swept up in the conversation that hours can slip by unnoticed. In Latin cultures this practice is so common that they came up with a word for it.

Meaning: The conversation at the table that continues after a meal is over. 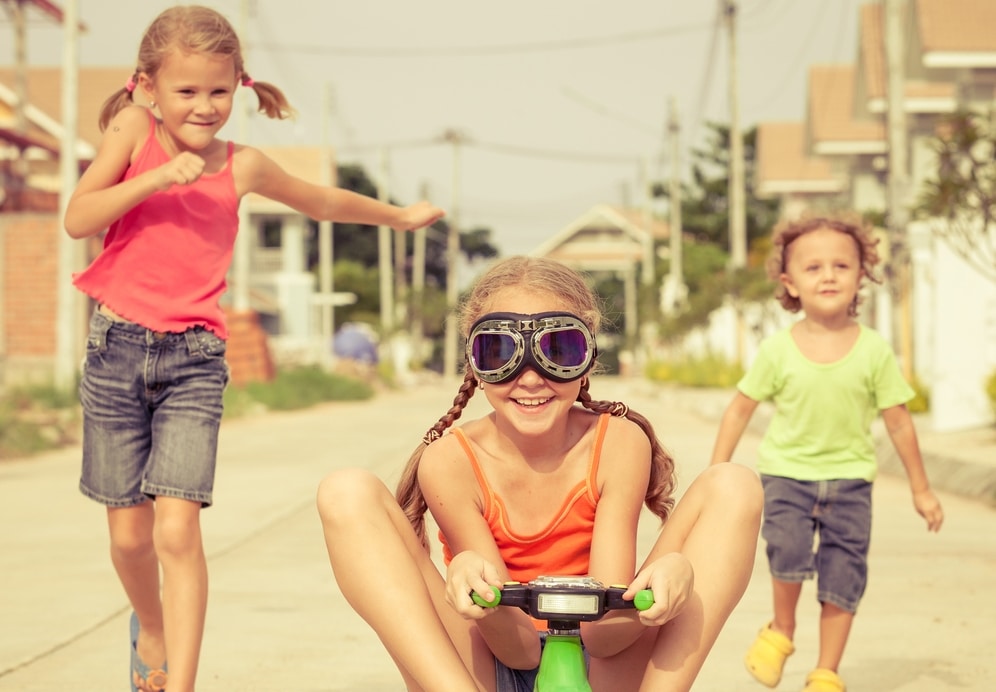 Most of us associate who we are with where we come from. The food, the music, the art, friends, family, school, childhood memories and adulthood experiences all stem from the place we call home. Heimat refers to the place that makes us who we are. It refers to the attitudes and beliefs we’ve formed that have evolved over generations. It doesn’t refer to just homeland pride, but our roots.

Meaning: The place we’re connected to that shaped who we are. 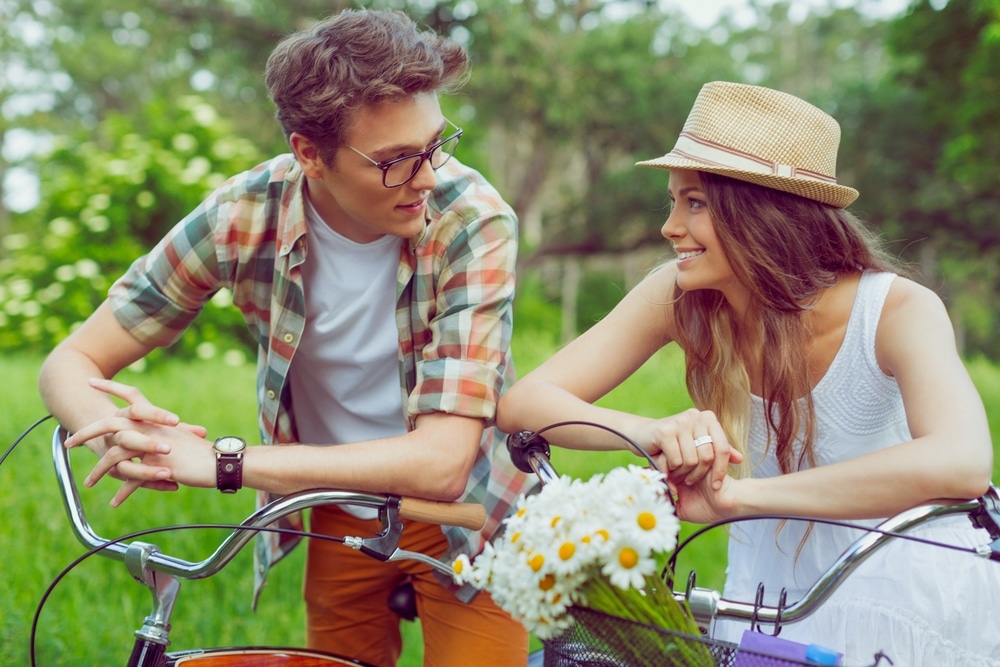 Is it infatuation? Fascination? Obsession? This is the word to describe that giddy feeling when we haven’t reached the point of “I love you,” but we’re past the initial crush phase. In English the best we’ve got for the feeling in this stage of a relationship is “I really, really like you a lot” or “I like like you.” If you ask a Norwegian, they’ll say it’s forelsket.

Meaning: The feelings you have when you’re falling in love with someone but you haven’t quite reached love yet. 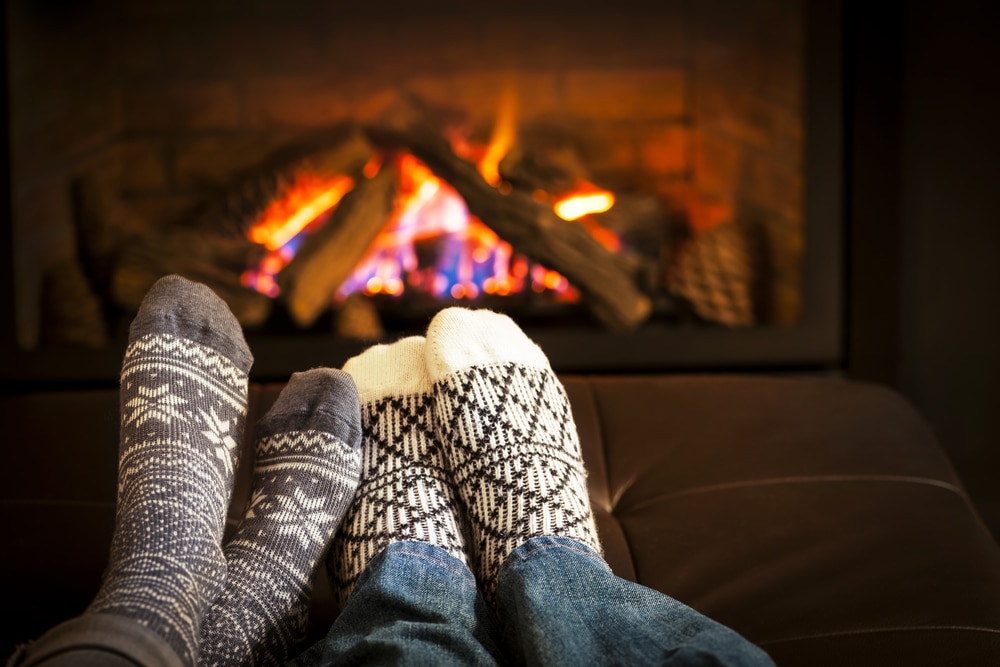 This is that feeling you get when you’re cuddled up with that special someone, or when your mom makes your favorite meal while you’re home for the holidays. Maybe you get it when you’re curled up on the couch with a cup of hot cocoa watching Netflix. It’s that warm tingly feeling of comfort in your chest and your bones that makes you want to stay in the moment forever.

Meaning: A feeling of extreme comfort or coziness. 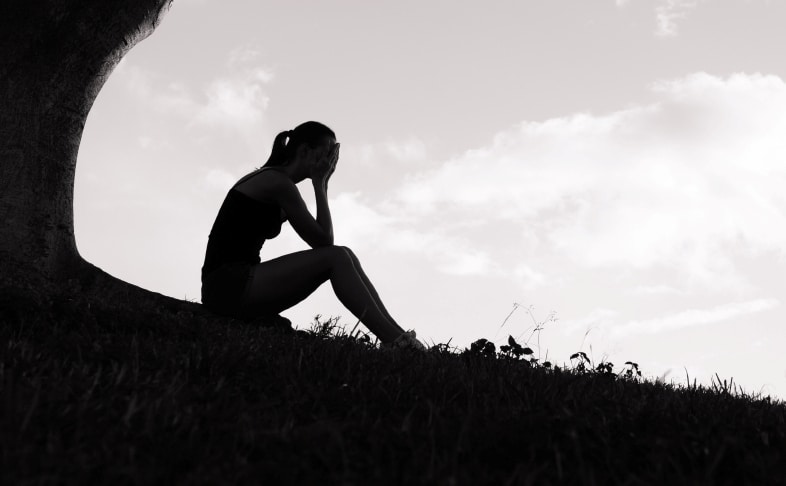 It’s been said that no words in the English language could ever capture the full meaning of toska. Let’s give it a shot anyway. This word is used to describe a deep, dark feeling of despair. It’s the ultimate feeling of yearning and hopelessness. It’s the kind of pain that tortures the soul. It’s pure, unadulterated, heart-wrenching sadness—something we’d all like to feel on a very infrequent basis.

Meaning: A feeling a deep spiritual anguish for no specific reason.

This word literally means “floating world,” but it’s used to describe people who don’t take a second of their life for granted. They live in the present and don’t let the small things get to them. As difficult as this level of enlightenment is to achieve, how great would it be if we could all just let the small things roll off of our backs?

Meaning: Someone who lives in the moment and is detached from the minor distractions in life. 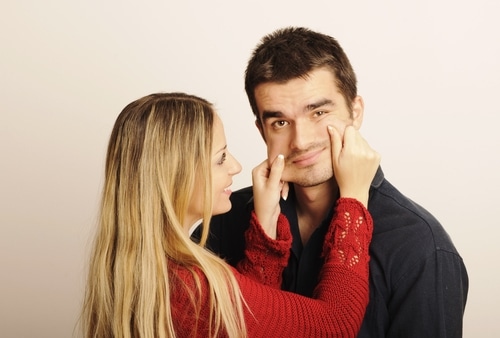 There’s the adorable baby in the supermarket waving at all the passersby. Then there’s the mischievous cat that knocks your morning coffee off of the counter before you’ve had a single sip. Both of them exhibit such intense cuteness that they give you this extreme urge of wanting to squeeze them, and that’s what this word tries to capture. The closest phrase in the English language for this sensation is “I could just eat you up.” However, the English phrase only captures the positive end of this sensation.

Meaning: The sudden urge to want to squeeze someone or something out of extreme cuteness or irritation.

The world would be a much happier place if everyone showed some common courtesy. However, it would be utopia if everyone showed some kreng-jai. The sentiment behind this word is related to an extreme sense of courtesy. It comes from a place of not wanting anyone to have to inconvenience themselves for you. “Please don’t go to any trouble,” is generally something we say to be polite. If the other person insists, a lot of the time we cave. Kreng-jai is the opposite. You would insist that the other person doesn’t go to any trouble.

Meaning: Not wanting someone to have to go out of their way for you. 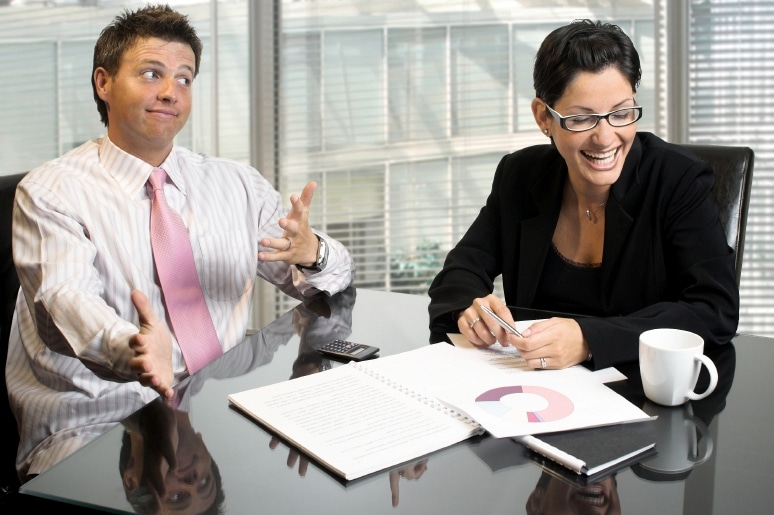 Two men walk into a bar, you’d think one of them would have seen it. Yup. The bad joke. Don’t worry, I’ll keep my day job. Most of the time when someone tells a bad joke the rooms falls to that uncomfortable awkward silence, and the joke teller ends up mortified. However, sometimes a joke is so astonishingly bad that we can’t help but laugh at it. It’s one of those stolen moments of joy where, fortunately, no one’s pride is injured in the process.

Meaning: A joke so bad or told so poorly that one can’t help but laugh. 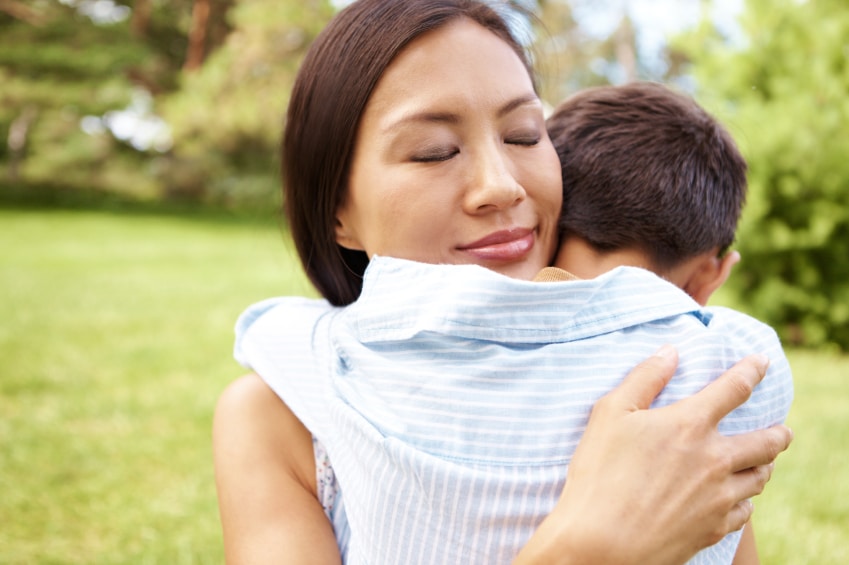 Early on we got a taste of the pain of unrequited love, but now we’re in the realm of unconditional love. This is a word used for that person who you love so much that you would rather die than be on this earth without them. It’s appropriate for use between parent and child, romantic partners and even close friends.

Meaning: You bury me; I love you so much that I want to die before you.

This is from a language spoken in a region of the Democratic Republic of Congo. It may be one of the hardest words to translate because it has so many layered meanings. This one little word touches on patience, forgiveness and breaking points.

Meaning: A person who will forgive someone for the first offense against them, tolerate it a second time, but will not forgive them for a third time.

As you can see, it’s a big, beautiful world out there.

Most languages have lots of beautiful words.

To learn more of the beautiful language of your choice, check out FluentU.

FluentU takes real-world videos like music videos, movie trailers, news and inspiring talks, and turns them into language learning experiences, as you can see here:

Didn’t catch something? Go back and listen again. Missed a word? Hover your mouse over the subtitles to instantly view definitions.

You can learn all the vocabulary in any video with FluentU’s “learn mode.” Swipe left or right to see more examples for the word you’re learning.

Welcome to the Online Language Learning Community: 6 Sites We Call Home
Shooting for the Top: 5 Key Components of a Winning Language Study Plan