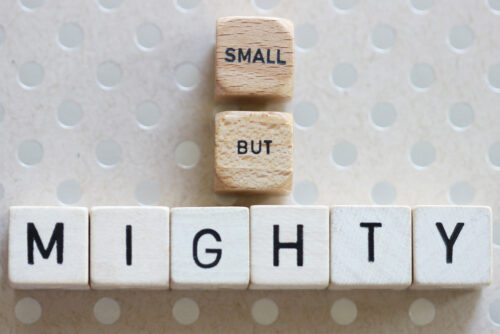 In, At, On and More: 25 Russian Prepositions Every Learner Should Master

Is it really, though?

“It’s the little things that matter most.”

Which saying do you relate to most?

Maybe you know someone who likes to use long, impressive-sounding words. Do those words always add value to what they’re saying? Most of the time, not really.

Prepositions are small words that play a big role in relaying a message.

They’re used to express spatial or temporal relationships between objects or people. And without them, a critical piece of information may be missing, leading to confusion.

In this blog post, I’m going to teach you how to master Russian prepositions, no matter what your level of proficiency! By the end of it, you’ll have 25 new Russian prepositions under your belt and be well on your way to confidently using them with each case.

Let’s dive in, shall we?


25 Russian Prepositions Every Learner Should Master

By this point in your studies, you’re probably well aware that Russian has six different cases.

Depending on your proficiency level, you might’ve also realized that some cases are more straightforward than others with regard to rules, but there are often exceptions to those rules.

One case that’s particularly misleading for a new student is the Prepositional Case. You might think the prepositional case is the only one that uses prepositions. If so, you’re in for a surprise!

Yes, the prepositional case uses prepositions, but it certainly isn’t the only one.

There are dozens of prepositions that are used in each case, and sometimes these prepositions are used with multiple cases and have different meanings.

There are four different classifications of prepositions:

One of the best ways to perfect your prepositions is by hearing them used in movies, TV shows, songs and more! And FluentU is the perfect tool to do just that. FluentU takes real-world videos—like movie trailers, music videos, news clips and inspiring talks—and turns them into quality Russian lessons.

Rather than getting bogged down trying to learn 50+ prepositions and all their uses, here are some of the most important prepositions you should know.

There are five prepositions used with prepositional case nouns, but until you reach a more advanced level, it’s best to focus on only three.

The first two prepositions—в (in) and на (on)—are both used to show location. Frequently, в (in) and на (on) are used to answer the question Где? (Where?) but it’s important to understand the subtle difference between the two.

If you were to ask someone, Где ты живёшь? (Where do you live?) their response may be:

Где ты смотрел фильм? — Where did you watch the movie?

Keep in mind that В is used when describing a defined location or enclosed structure. For instance, В is used in the case of countries and cities/towns because there are established borders (в России — in Russia, в Санкт-Петербурге — in St. Petersburg).

It’s also used for distinct natural environments (в пустыне — in the desert) and for covered and walled buildings (в школе — in school).

Hа is the preposition used to indicate a person or thing is on a surface, in an open space or at an event.

Книга на столе. — The book is on the desk.

Картина на стене. — The picture is on the wall.

Анна на выставке весь день. — Anna is at the exhibition all day.

In terms of geography, HA is used in certain instances instead of B.

Notably, HA is the preposition for islands and peninsulas (на Гавайских островах — on Hawaii), for points of the compass (на западе — in the west), places that are outside (на площади — in the square, на Арбате- in the Arbat), in open-air buildings (на стадионе — in the stadium) or historically public and exposed spaces (на почте — at the post office, на станции- at the station).

The third preposition used with prepositional case nouns is O, which means “about.”

Мы говорили о новостях. — We talked about the news.

Prepositions Used with the Accusative Case

The same rules apply as in the prepositional case with regard to whether в or на is used.

When used in the accusative case, Hа means “to.”

…на площадь (to the square).

…на вокзал (to the station).

…на стадион (to the stadium).

Через — across, through, over

Дети перелезли через забор. — The children climbed over the fence.

За has two different meanings in Russian when used with the accusative case. With a verb of motion, it means behind or beyond.

Он переехал за реку. — He has moved across the river.

Prepositions Used with the Nominative Case

За is also used with a nominative case noun to mean “for” or “kind of.”

Спасибо за красивый подарок. — Thank you for the beautiful gift.

Спасибо за кофе. — Thanks for the coffee.

Alternatively, за can be used to answer the question Что? (What?) Specifically, Что? is another way of asking какой (What kind of?) in the sense of:

Что он за президент? — What kind of president is he?

Что они за работники? — What kind of employees are they?

Prepositions Used with the Dative Case

There’s one additional preposition used to answer the question Куда? which is used with the dative case:

Сегодня вечером мы пойдём к друзьям. — This evening we are going to (see) our friends.

Водитель подъехал к дому. —  The driver drove up to the house.

Similar to к, по is used to demonstrate a physical movement, typically on or along a surface.

Дети бежали по улице. — The children ran along the street.

Корабль плывёт по реке. — The ship is sailing down the river.

Alternatively, по can be translated as “around” or “about” when talking about a very large area.

In addition to the two above prepositions, there are two verbal prepositions which are valuable to know and identical to the corresponding phrases in English, “Благодаря” and “Согласно.”

Благодаря can be used to express appreciation, acknowledge someone/something or state that a result was due to someone or an intervention of some kind.

Благодаря врачам, она выжила. — Thanks to the doctors, she survived.

Благодаря годам обучения, он поступил в университет. — Thanks to years of study, he was admitted to university.

Our final preposition in the dative case is Согласно.

Согласно отцу, Павел гений! — According to father, Pavel is a genius!

Согласно статье, экономика ужасна. — According to the article, the economy is terrible.

Prepositions Used with the Instrumental Case

С is the most common preposition used with instrumental case nouns because people often want to explain with whom or what they’re doing something.

Мы с мужем купили новый дом! — My husband and I (Literally: I with my husband) bought a new house!

As all Russian learners quickly discover, there are seemingly countless versions of verbs of motion. There are also plenty of prepositions to denote movement, along with location in general.

This preposition can be used to show something or someone is physically positioned between two objects or among multiple objects/people.

Она поделила работу между участниками. — She distributed the work among the participants.

Мяч в саду между двумя домами. — The ball is in the garden between the two houses.

Alternatively, между can be used in an abstract sense.

Это был секрет между членами семьи. — It was a secret among the family members.

Пара обменялась взглядами между собой. — The couple exchanged a glance between themselves.

Перед — before, in front of

Перед can be used with or without a verb of motion and showcases that something is physically in front of or located before another person or object.

Машина припаркована перед домом. — The car is parked in front of the house.

Студент встал перед классом и произнёс речь. — The student stood before (in front of) the class and delivered the speech.

Дети идут по проходу перед невестой. — The children walk down the aisle before (in front of) the bride.

Similar to перед, над can be used with or without a verb of motion and most commonly expresses a spatial relationship in which an object is over or above another.

Портрет королевы висит на стене над камином в гостиной. — The queen’s portrait hangs on the wall over the fireplace in the living room.

Под means “under” or “beneath” and is used as in the following sentences.

Мне нравится спать под звёздами. — I like to sleep under the stars.

Собака часто лежит под крыльцом летом. — The dog often lies under the porch during the summer.

Take Note! If a verb of motion is used and “under” is the destination of that motion, под is used with an accusative case noun:

Он положил сумку под стол. — He put the bag under the table.

Prepositions Used with the Genitive Case

Instead, the genitive case uses the most prepositions—more than 30!

Many of the prepositions used with the genitive case are infrequently utilized, so don’t feel like you need to learn them all. But here are several you simply can’t live without!

One of the first grammatical structures Russian learners master is the phrase У меня есть (I have).

Извините пожалуйста, у меня есть вопрос. — Excuse me, I have a question.

У меня есть новое платье, которое я хочу показать вам. — I have a new dress that I want to show you.

Similarly, у can be used to say at (someone’s house). For example:

У врача стоит новая машина. — There is a new car at the doctor’s.

Завтра мы пообедаем у директора. — Tomorrow we will have lunch at the director’s (house).

Мы уехали в отпуск без детей. — We went on vacation without the children.

However, it’s important to note that the next three prepositions are slightly different.

От can be used to show someone or something is moving away from a person or location.

When using из, just remember that a person or object is moving out from a place.

Вор бежал из дома. — The thief ran from the house.

Я взял книги с полки. — I took the books down from the shelf.

It can be confusing at first to determine which form of “from” should be used. One easy way to keep от, из and с straight is by memorizing them with the corresponding to/toward vocabulary as in the table below!

Для — for, for the sake of, for the benefit of

This preposition is used to express that something benefits someone or something else.

Она делает всё для своих детей. — She does everything for her children.

Эта песня для моей жены. — This song is for my wife.

Этот шкаф для фарфора. — This cabinet is for the china.

This preposition is used with the genitive case to convey temporal origin.

Like После, До is used to convey temporal origin, but from the opposite side of the spectrum.

Ты можешь играть на улице до обеда. — You can play outside until dinner.

The preposition до may also be used in a physical sense.

All in all, there are plenty of prepositions to choose from, and Russians like to use them with all the cases. It may take you a while to master them, but if you get comfortable with these 25 you’ll be well on your way!

Like It, Love It: How to Say I Love You in Russian (Plus More Romantic Phrases!)
31 Must-know Words to Talk About Your Family in Russian