The wisdom of Dr. Seuss never gets old:

“The more you read, the more things you know. The more that you learn, the more places you’ll go.”

It’s true – the more that you read in Russian, the more of the language you’ll know. And once you teach yourself Russian, you can visit Russian neighborhoods and Russian-speaking countries (Russia, Ukraine, Latvia and Estonia).

Utilize the following eight steps and eight unique resources to read in Russian like a true Russki.

Learning to read in Russian can seem overwhelming, but it doesn’t have to be if you follow these steps!

1. Learn the Cyrillic alphabet prior to doing anything else.

Letters are the building blocks of words, and you need to learn the 33 basic building blocks before moving on. This helpful resource provides a full guide to the Cyrillic alphabet and its sounds.

The alphabet may seem very different and unfamiliar to you, but don’t worry, it has many similarities to our Latin alphabet. For example, some letters are written and pronounced the same in English and Russian. These include: a, e, k м, o and т.

The rest of the letters will look and sound brand new as they’re unique to the Cyrillic alphabet, with some letters originating in the Hebrew and Greek alphabets. These letters include: ы (no English equivalent sound), ь (soft sign with no vocal sound) and ъ (hard sound with no vocal sound).

2. Practice sounding out each letter on its own.

Remember what you did in kindergarten when you were learning the alphabet? You learned that A was for apple, B was for ball and C was for cat. To truly master the Russian alphabet, you need to memorize what each letter looks like and what sounds it makes.

Unlike the French, Russians pronounce all of their letters, so you don’t need to learn which letters must be silent in specific words.

Once you’ve gone through all the Russian letters and practiced pronouncing each one individually, learn words that start or include the individual letters to perfect the sound.

Every language has words that are more common than others, so it’s helpful to learn those before others. In Russian, they include words such as:

If you’re learning Russian for a certain purpose, such as for visiting Russia or for doing business, there will be specific words that fall into each category (business or travel) that you should learn. Focus on what’s most useful for you!

4. Use context to understand the meaning of words you don’t know.

When you first start to learn Russian by reading, you won’t understand many more words than you actually already know.

Don’t fret. Just use contextual cues to figure out what’s being written.

Using the context of what’s happening in the sentence and the overall piece you’re reading, you should be able to figure out the meaning of the unknown word. If not, keep on reading and it may make sense after a few more sentences.

5. Find words that mean the same thing in Russian and English.

When reading something in a foreign language, one of the first tricks to understand the content is to find words that have the same meanings in Russian and English. This is an easy strategy that makes reading comprehension easier. There are a ton of words in Russian sound just like their English counterparts, which include:

There are always exceptions, but learning reading rules can help you make better educated guesses at pronunciation while reading.

You can start out by learning reading rules for:

Now you’re starting to understand the process of learning to read in Russian. Having concrete steps to achieve your goal of Russian literacy will simplify things immensely.

But of course, reading in Russian is no easy task. You won’t achieve literacy overnight.

It will take you a while to get through learning the alphabet, pronouncing letters, putting sounds together and understanding words.

As long as you stay consistent and committed, you’ll eventually get there.

Read everything and anything in Russian to reinforce what you already know, such as subtitles, magazines, recipes and anything else you can get your hands on. This will provide you with a wide variety of materials to learn new words and phrases.

8. Find a Russian friend to read to.

Teaching yourself to read in Russian can be problematic if there’s no one there to correct your pronunciation or help you with understanding difficult words or the overall context.

You can make the same mistakes over and over again and get discouraged if you don’t seek out help.

Find a Russian friend who you can read out loud to. Once you’ve read something to them in Russian, they can correct your pronunciation and answer any questions you may have. You can also listen to them read aloud while you follow along with the text, to gain exposure to natural pronunciation.

8 Unique Resources for Learning How to Read in Russian

Think you can only learn to read Russian from textbooks, traditional books and short stories? Think again!

You can learn the Russian language while also learning something new, such as Russian cooking or Russian fairytales. You can also learn Russian while sitting back and enjoying a movie with subtitles. 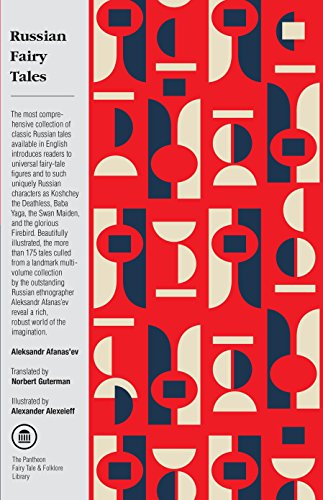 Whether you want to order in a Russian restaurant or simply want to familiarize yourself with Russian cuisine, these recipe resources provide you with common and unique Russian food names and words to describe cooking methods.

Why not laugh, cry or be scared out of your mind while learning to read in Russian? You can with movies that contain Russian subtitles!

If you’re set on learning Russian, starting with reading rather than speaking may be the smarter choice as many Russian words are long, filled with consonants and are difficult to pronounce.

If you start by concentrating on pronunciation and letters, which you must master to learn how to read, learning how to write and speak will be much easier!