5 Fun, Festive Italian Christmas Movies from Across the Decades

Whoa. Look at that.

The twinkly lights are up and the red coffee cups are everywhere.

It’s December already—and you know what that means.

Time for a looping lineup of Christmas music and classic holiday movies to get in the spirit!

But if you’re learning Italian, how about shaking up your repertoire this year?

The holidays are a great opportunity to focus on Italian cultural immersion and language skills.

Italy’s got plenty of Christmas spirit to go around, and that includes many great movies to choose from.

We’ll show you our top five favorites to get you started, from longtime classics to modern hits.

So grab some popcorn and snuggle up in your favorite ugly Christmas sweater!

Why Check These Movies Out?

But there’s also a lot for language learners to get out of sitting down with a warm drink and watching an Italian holiday flick.

Right off the bat, it’s a good way to improve your listening and pronunciation skills. The films in this post are all made by and for Italians, so you’ll hear the language as natives use it naturally. They showcase the diversity of Italian accents and get your ears acquainted with the sound and speed of fluent Italian. The holiday cheer is an added bonus.

Speaking of, there’s something to be said for the immersion that comes from watching seasonal Italian movies. Italians do indeed celebrate Christmas, but their way of doing it tends to be a little different than ours.

Christmas in Italy is generally celebrated from Christmas Eve to La Festa dell’Epifania (The Epiphany), or the day celebrating when the three wise men witnessed the birth of Jesus in the Christian faith. This means the party lasts all the way to January 6th.

While they do have a Santa Claus figure in Babbo Natale (Father Christmas), Italian culture also has La Befana. The mythology behind them is a little similar: La Befana is a friendly old woman who flies around on a broom, coming down the chimney and delivering gifts to Italian children on the eve of The Epiphany. Instead of cookies, she gets food and wine.

Many of these elements tend to show up in Italian Christmas films, just as American holiday culture shows in ours.

The film revolves around a wide cast of characters and their various adventures over the holiday season, divided into three groups spending their Christmas in New York City.

It’s a comedy that contains fast-paced, casual Italian that can get a bit colorful at times. That’s to say, this isn’t a film for the little ones. Advanced speakers may be able to handle it without much help, but beginners would best benefit from turning on subtitles, as the dialogue moves pretty quickly.

This movie is probably best for fans of ensemble-based holiday comedies like “Love Actually.” It could also suit people who just love a good New York-focused Christmas flick like “Elf” or “Home Alone 2.”

“Natale a New York” was released fairly recently, so you’ll get contemporary Italian language and humor. If the setting itself weren’t familiar enough for American audiences, there’s also the soundtrack. While there are Italian-made tracks to be found, there are also plenty of English-language pop songs throughout the movie.

All in all, it’s a blend of Italian and American culture with a holiday tone to get you going. 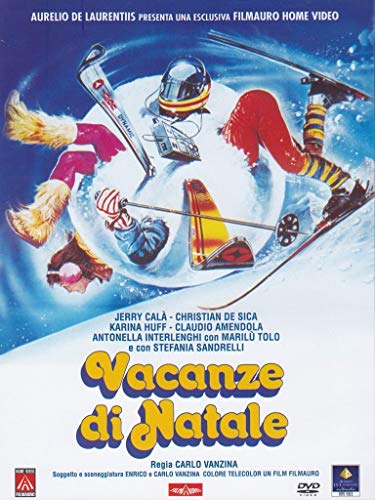 This one goes a little further back. “Vacanze de Natale” is an early 1980s holiday film from Roman-born director Carlo Vanzina.

This one is another comedy, revolving around two different families who butt heads in the Alps of Northern Italy. The conflict comes between a wealthy Milanese family and a rougher family from Rome.

This film props up, in an irreverent comedic tone, some differences in class and culture among the regions of Italy. Expect to hear different speech patterns between characters and get a peek into dialect and slang.

The movie, another more adult-oriented work, is a bit reminiscent of the similarly-named “National Lampoon’s Christmas Vacation” in its comedic look at family-based holiday chaos. The dialogue tends to be quick and full of colloquial terms, so it can offer a good insight into more casual Italian.

The film itself has been considered culturally significant, having been showcased at the 67th Venice International Film Festival as part of a tribute to Italian comedy on the big screen.

Around the holidays, spending time with your family can be nice, but it can also get pretty wild. Sometimes it’s fun to watch a movie that reminds you that’s normal.

So far, this list has only gotten to some adult comedies. This doesn’t mean that Italy doesn’t have feel-good family movies to offer during the holidays, though. “La Freccia Azzura” is a kid-friendly animated film from the mid 1990s that revolves around a ragtag group of toys trying to save the day.

This movie might actually be familiar to you, though you might not realize why at first. It was actually dubbed and released in English under the title “How the Toys Saved Christmas” with celebrities like Mary Tyler Moore in the cast.

Remember all that stuff about La Befana and The Epiphany? That all comes into play in this movie. While the English dub has the story take place at Christmas itself, the original Italian movie is about La Befana getting sick and needing someone to replace her for her upcoming Epiphany trip.

Her replacement, the villainous Scarafoni, instead hatches a plan to sell the toys off for a profit. The toys then have to work together to find their real homes in time for the holiday.

This is a good movie for kids and families, but also for less advanced Italian students. Since the movie was made for young audiences, the Italian isn’t especially complex or difficult to understand. Students can also compare the Italian and English dubs to look for differences in the adaptations.

The roots in Italian holiday culture also make it a great film to learn about the traditional celebrations in the boot. 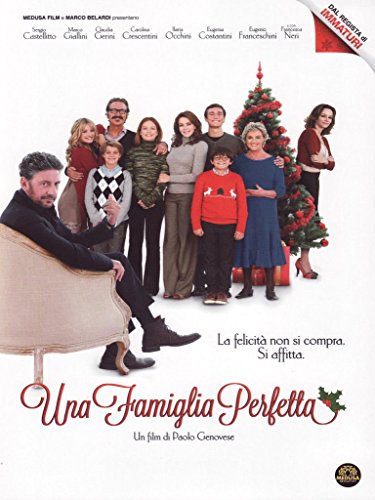 This movie is the most recent release on the list, having debuted in 2012. “Una Famiglia Perfetta” is another live action adult comedy with a focus on the ensemble cast, and its release year gives it a modern tone that audiences can relate to.

The film itself tells an interesting story: A lonely, rich man named Leone hires a cast of actors to play his loving family for the holidays. The premise itself is an adaptation of the 1990s Spanish film “Familia.”

The role of Leone is played by award-winning Italian actor Sergio Castellitto, and a number of other big-name Italian performers fill out the cast.

“Una Famiglia Perfetta” shows off some of the more simple traditions of Italian Christmas, less based in religion and more in common family rituals. This includes the playing of tombola games and eating seasonal foods and pastries.

It’s an interesting, comedic look into what makes up a “family holiday” in Italy, even if it’s being ordered to a group of actors trying to play a part.

The movie is best enjoyed without subtitles by advanced learners, but isn’t so fast that intermediate students can’t get through it. Even if beginners can’t quite figure it out on their own, the cultural insight can be a big help at any level of study.

If there’s a movie you’ve seen a thousand versions of during the holidays, it’s probably “A Christmas Carol.” Many of us can retell the whole story without having to do so much as a Wikipedia search.

That’s a big part of why “Non è Mai Troppo Tardi” (“It’s Never Too Late”) can be a helpful for picking up Italian around the holidays.

The 1953 comedy takes on the old Christmas story in an Italian context, revolving around the greedy Antonio Trabbi instead of the miserly Ebenezer Scrooge. Besides that, however, the story basically follows the same arc.

Antonio has to go on adventures with ghosts during Christmas to learn that greed and bitterness will only hurt him and those he cares about. When he wakes up, he starts his life over and tries to be more generous and kind.

The familiarity of this story is an advantage for Italian learners. Even if you’re new to the language, following the movie should be no struggle.

Plus, as the oldest film on this list, it offers an interesting look into vintage Italian films and how language evolves. Watch this movie and one of the newer ones on this list and compare the speaking styles for a fun exercise in how Italian has shifted over the decades.

Italy has a unique, rich culture surrounding how it celebrates Christmas, and it’s not one to be missed. Check out these films if you ever get the need for some Italian holiday spirit.