Italian Pronunciation for English Speakers: How to Make All the Right Sounds

If you’re learning Italian, you may have noticed that many words look similar to English… but as far as pronunciation goes, there are lots of differences between the two languages.

In this post, we’ll take on pronouncing the Italian language from the point of view of an English speaker.

We’ll tackle spelling, unique Italian sounds and how letters missing from the alphabet wind up in speech anyway.

All it takes is some patience, a bit of hard work and this guide to mastering Italian pronunciation!

The Missing Letters of Italian

One thing you might notice when you start to learn Italian as an English speaker is that something’s missing. Several “somethings,” actually. The Italian alphabet looks just like the English one on the surface, but a few letters are omitted. These letters are “j,” “k,” “w,” “x” and “y,” and they’re not naturally present in the Italian language.

When we say “naturally present,” we mean that these letters may show up in borrowed foreign words, but aren’t found in any words that are strictly Italian in origin.

For instance, you might see an Italian text say something like “Io vado a Disney World” (“I’m going to Disney World”), because “Disney World” is an English name without a strict Italian equivalent, but words that are made for the Italian language don’t contain the letter “w” (or any of the others we mentioned).

The letter “h” has an interesting relationship with Italian. While it’s indeed present and used in may Italian words, the pronunciation of “h” is different from English. When a word begins with “h,” like hai (you have) or ho (I have), the “h” is completely silent. When it’s present within a word such as chi (who) or che (what), it creates different sounds entirely.

This is very important to the next topic we’re going to cover.

Hard or Soft? Knowing Which Sound to Make

You may notice that while Italian lacks the letter “k,” you can still find a hard “kuh” sound in plenty of places, like chiavi (keys). This is because Italian has different rules about how consonant sounds are created.

While it doesn’t make a “huh” or “chuh” sound like it does in English, the letter “h”—or, more accurately, the combination “ch”—is used in Italian to create the hard “kuh” sound. 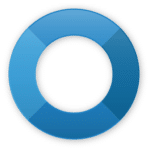 Another thing you may take note of is that while “ch” isn’t pronounced as it is in English, you still hear plenty of words with the “chuh” sound in them, like noccioline (nuts). This is because in Italian, when a “c” or “cc” is followed by “i” or “e,” it makes a soft sound. Here are some more examples for you to listen to (just click on any word to hear it pronounced on Forvo):

A key difference to note is that the letter “c” only makes a soft sound when followed by these two vowels. In all other cases, it makes a hard sound, such as with these examples:

You see a similar pronunciation rule with the letter “g,” which also makes a hard sound except for when it’s placed next to “i” or “e.” Compare the following:

See what we mean? It’s not so scary when you really look at it.

Try it yourself: Repeat after the videos to practice your pronunciation!

Italian has a fairly different system of vowels and consonants than English. The vowels look nearly identical: “a,” “e,” “i,” “o” and “u,” but they’re always pronounced as follows:

(The sometimes-vowel “y” isn’t present because it’s not a part of Italian). These sounds are invariable; you’ll never hear an Italian word use the sound “ey” like in “May,” for instance. An accent mark over a vowel changes its pronunciation somewhat, but we’ll go over this later.

Even when two vowels are placed next to each other, like in mischiare (to mix), both still retain their sound (instead of sliding from one into the other in a diphthong like the English “bread” or “boat”). So, while in English you might read mischiare as “mis-kya-re,” the correct pronunciation in Italian is “mis-kee-ahr-e.”

English speakers also have a tendency to add another vowel sound at the end of individual vowels, especially at the ends of words—for example, pronouncing “hello” as “he-llou.” This isn’t done in Italian, as vowels instead have very crisp sounds (it’s “mis-kee-ahr-e,” not “mis-kee-ahr-ey”).

You can tune your ears to the sound of proper Italian pronunciation by watching Italian videos on a program like FluentU. On FluentU in particular, you can learn through videos made by and for native speakers with interactive captions created by language experts. You can practice your pronunciation further with speaking exercises that are available in this program.

Like we mentioned above, Italian lacks several of the English consonants. However, it still finds a way to make their sounds by combining the letters that it does have. It also has a few of its own special sounds made by placing two consonants or consonants and vowels together.

Here are the main Italian consonant and consonant-vowel combinations, along with some examples:

Examples: quando (when), quale (which)

Examples: gnocchi (a type of pasta), insegnare (to teach)

A Quick Note on Accent Marks

Accent marks can function as built-in pronunciation guides when they’re found in Italian words, and we have an entire post about them that you can look at for reference. Just to be thorough, though, we’ll do a quick little review here to make sure you get an idea of how accents work.

The acute accent gives the letter “e” a long sound, such as with words like perché (why).

You can find plenty more information on how to use these words to pronounce correctly in our full post on this topic.

Italian pronunciation can look pretty challenging on the surface, but it’s just a matter of putting the pieces (or rather, letters) together. Figuring out vowels, consonants and accent marks is the way to start mastering the basics of speaking accurately.

Be sure to practice!