21 Great Gift Ideas for Anyone Who’s Learning a Langauge

All we language learners want for the holidays is to be fluent in our target languages.

While anyone would love any gift that’s given with love, sometimes you really want to show someone that you care with a super thoughtful gift that suits them perfectly.

If you’re shopping for a friend or loved one who’s addicted to languages, we’ve got you covered.

We’ve been geeking out over the following books, movies, gadgets and gizmos all year long.

“Harry Potter and the Sorcerer’s Stone” by J.K. Rowling

Harry Potter is the language learning world’s best kept secret (until now, I guess, since I’m shouting it out to the whole internet). Lots of language learners turn to these timeless books to practice their skills in a fun way. Plus, if you grew up loving this series, it’s a fantastic thing to see the books in a whole new language.

Lately, I’ve been dropping not-so-subtle hints to my family so they know I want the German-language version of book one for Christmas, since I’m currently learning German.

To find the right version, your best bet is to search Amazon for the book title you want + the language. “Harry Potter and the Sorcerer’s Stone” + Language yields the following results:

An accompanying Harry Potter audiobook or movie will not only be appreciated, it can make for supercharged learning for beginner to advanced learners.

Okay, “Twilight” haters, go ahead and keep reading. I’ll admit that I’m not a fan of the series myself, but I was gifted the first book in Spanish by a friend once upon a time. It makes for casual, entertaining reading, the language is simple enough for low-intermediate readers, and because it’s so popular it has been translated into many languages, as have all its audiobooks and movies.

This is a great gift for any “Twilight” fan who’s learning a language. It’s like having a chance to read the book series all over again when they’re handed “Crepúsculo” (Spanish), “Bis(s) zum Morgengrauen” (German) or “La saga Twilight: La fascination” (French).

“The Lord of the Rings” by J.R.R. Tolkien

J.R.R. Tolkien was himself a famous language learner, and his works provide fodder for linguistic geeks around the globe. I mean, the man invented his own languages in this series. Who doesn’t secretly wish they could speak Elvish, Dwarvish and Entish?

To find more translations of the books or movies, you can run a Google search for the translated titles (there’s a full list of the titles right here).

“The Lord of the Rings” is most suitable for advanced readers, but having it in another language on the shelf might be good inspiration to keep studying. The movies are approachable for most levels of learners, but they should expect to hear some outdated language—and you’ll need to watch out for international DVD compatibility when buying.

“A Game of Thrones” by George R. R. Martin

Another series with a huge fandom—and many a language learner is part of the fandom, thanks to the presence of the fictional language Dothraki on the show. Some language programs have even taken to creating full Dothraki courses.

For any language-obsessed fans of “A Game of Thrones,” you can track down the whole series of books in their target language via Amazon. You can also gift them this Dothraki course by Living Language. There’s a fun, language learning gift they’ll never see coming!

“With Languages in Mind: Musings of a Polyglot” by Kató Lomb 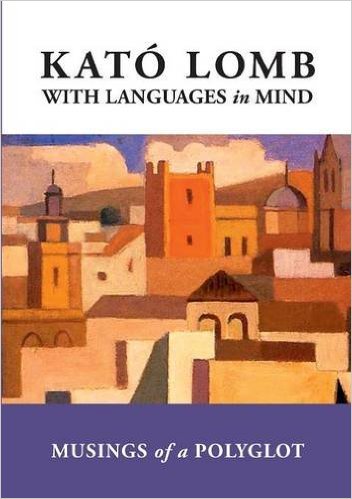 Kató Lomb is a world-famous Hungarian polyglot whose life was all about languages—she blazed trails in the fields of translation and interpretation, and was one of the very first simultaneous translators (meaning she delivered translations live while people were actively speaking, no small feat indeed).

As someone who originally studied hard sciences and later found a passion for languages, she has a sharp, incisive and logical take on all things related to linguistics and learning. That being said, her musings on languages in this book are anything but dry! 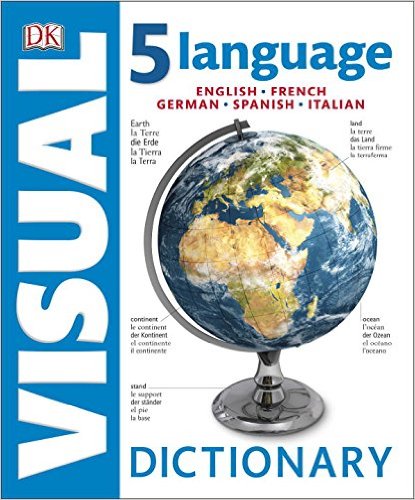 A visual dictionary attaches vocabulary directly to illustrations and pictures, so that language learners can build stronger associations between objects and their names. This visual dictionary takes this to a whole different level, including five very popular languages all together in the same book.

I was gifted a Kindle by my father a while back, and it’s been an essential tool for learning languages. I’ve been able to download books, short stories and digital dictionaries in a myriad of languages with my Kindle, making language practice a breeze. I personally recommend the Paperwhite version, as it’s easy on the eyes and makes longer reading sessions much more comfortable.

It’s convenient for the learner who happens to also love traveling, as they won’t have to lug around a whole library with them to maintain their reading skills. They’ll even be able to download a dictionary in the language they’re learning, so while reading novels (or whatever they’re reading) in that language, that they can simply touch any word to look it up.

If you’re looking to spoil a traveler and language lover with a bigger-ticket gift, this is the way to go. Plus, the ticket isn’t even that big—being a Chromebook, it’s quite affordable. A Chromebook basically has the functionality and storage space of a tablet, with all the sturdiness of a legit laptop.

ASUS crafts some of the most durable computer shells and hardware, and the one I’ve brought around with me on travels since 2010 (different ASUS model, same basic idea) has served me extremely well for writing emails to family members, Skyping and keeping in touch with people, writing blog posts and all-around taking care of business.

Plus, it’s so tiny and lightweight that it can be safely and discretely traveled with in a normal-sized backpack.

To practice speaking skills, hone pronunciation, get feedback and keep records of your progress, there’s nothing quite like a good, old-fashioned voice recorder. Give a language learner a voice recorder with a built-in USB connection, and they’ll get tons of mileage out of this.

Do you happen to notice little sticky notes with foreign language writing all over your gift recipient’s house? One very common learning strategy, especially for beginners, is to label everything in your house in the language you’re trying to learn. This way, every time you see a chair, you also see the word for “chair” in the foreign language attached to it, which is great for building vocabulary.

Even better, give Vocabulary Stickers as a gift, and the gift-receiver will have well over 100 foreign language words to put on items they use and see every day around their home and office.

This nifty watch displays the date and lets you scroll through its settings in 13 different languages.

You already know the buzz about Rosetta Stone. This is a top-notch choice for someone who has talked endlessly about learning a certain language but hasn’t gotten their momentum going yet. This can provide the structure and comprehensive support they need to get the ball rolling—and to keep it rolling. Rosetta Stone is available in a ton of languages, including French, German, Spanish, Japanese, Chinese and many, many more.

Give the gift of Rosetta Stone! They make it easy to send to your loved one by mail or email.

By exposing them to a language the way it’s spoken in real life, they’ll pick up more natural pronunciation, slang and other nuances as used by locals.

The program offers ten languages that can be accessed under one account, which is super handy for any aspiring polyglots.

Alright, what about that person who spends tons of time driving? Pimsleur is the way to go if you think someone has ample time to practice languages in their car.

This is another gift idea I’m drawing from personal experience. A lovely family member—hi, Aunt Valerie!—once gave me both the Arabic and German Pimsleur CD collections for Christmas, and I still use them to this very day.

All in all, they’re fun, effective and super useful for anyone who’s on the road often. You can find them featuring a huge variety of languages including French, German, Spanish, Japanese, Chinese and more.

Let them admire the writing in all these different languages first thing in the morning, while they’re sipping their first cup of coffee and studying some quick language lessons before work.

Style up their house and help them show the world that they’re on the road to being a polyglot with this cool doormat.

The sticky notes I’ve picked out to share above featured a cute map-of-the-world background, which is appealing to most people who love language, culture and travel. On the practical side of things, language learners tend to use lots of sticky notes to jot down thoughts, label items and mark important pages in their textbooks and foreign-language novels.

A staple of college dorms everywhere, magnetic poetry sets can really do worlds of good for language learners. Grab them a set in their target language for their refrigerator so they can play with words and phrasings while their coffee is brewing. I’ve tracked down several options for you in different languages: Spanish, French, Dutch, Italian, German, Chinese.

This Scratch the World map is a really cute way for any travel enthusiast to keep track of their many adventures and display them proudly on their wall at home.

Nothing is more helpful for language learners than having a place to stick their notes, flashcards, study schedules and assignment papers. This corkboard goes beyond the boring, rectangular version, has a beautiful map-of-the-world cut-out design and sticks right onto walls.

What’s better than being organized? Whether they’re traveling the world or just moving around town with lots of study materials, this traveler’s notebook does a nice job of holding onto tiny papers, important documents, pens and littler items.

Well, that’s the end of the list. Are you feeling inspired?

Hopefully we’ve given you some nice ideas for holiday gifts for that special language learner in your life, so you can brighten their winter days a little.

Have a wonderful holiday season!