Some people say that it takes some secret talent to learn languages.

But would they say that about someone who can sing, play an instrument and keep rhythm?

Using a language is really just a skill like any other, and as long as you’re interested in that skill and you keep practicing, you’ll see amazing results.

Ever since I started being interested in languages, I’ve loved reading stories about people who have been able to dedicate their lives to the same passion.

Some people have gotten really good at learning languages.

And to me, the stories of amazing polyglots from the pre-internet age are the most impressive of all.

Just think of the discipline it took to learn a language without the convenience of online courses and videos!

Learning about people who accomplished so much linguistically in less-than-ideal circumstances can be both inspirational and instructive: It can help increase your motivation to learn languages as well as understand how you might structure your life and time in order to do it.

So below are the stories of three great language lovers—otherwise ordinary people who overcame life’s challenges to achieve incredible success in the fields of languages and linguistics.

And all without a single app to play with.

For me personally, these are stories of people who I look up to.

If I can act like they acted and apply myself to my languages with the same dedication that they did, I know I can go far.

And the same goes for you!

How to Be a Language Lover: Key Lessons to Apply

When you read the stories below, think about the problems that these polyglots faced and imagine what they might have been thinking.

However they might have reacted to individual challenges, they all kept their optimism and confidence that they could use their skills to succeed.

They came from different corners of the world and experienced vastly different things throughout their lives.

Yet their minds were always open, always looking for more opportunities to learn or expand their knowledge. If there was any unanswered question about languages or linguistics, they always had an ear open for the solution. Just like how if you have a question about a word or a phrase in your target language, you can feed that curiosity: look it up, ask native speakers, keep that question alive and challenge yourself to find the answer.

Finally, these folks all stayed with their languages for their whole lives. They didn’t treat them as a passing fad or something to acquire quickly and then ignore. They knew that learning a language is a process that never truly ends, no matter how your life may change.

3 Amazing Stories of Language Learners Who Changed the World 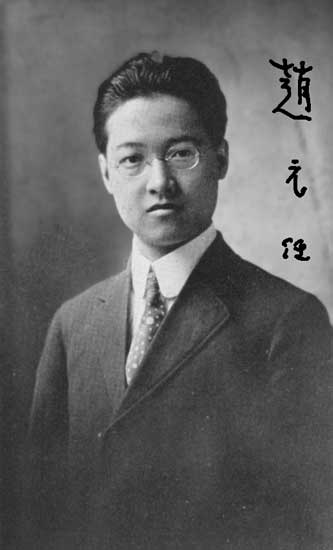 From a young age, he moved around a lot with his family, and learned to speak and understand different dialects of Chinese, including Changshu and Mandarin—which differ as much as English and German do!

Not long before the fall of the Qing Dynasty in 1912, he went to America for the first time to study at Cornell University. There, he formally studied mathematics and physics while also staying interested in linguistics and corresponding with linguists in China.

He had already achieved fluency in English before leaving China, and by the time of his graduation, he could speak French and German, and read Greek and Latin.

At that time, the new Chinese government was beginning to agree on a standard for the official national language, and in the 1920s, he recorded several sets of phonograph records designed as models of the Mandarin language.

After that project, he performed an extensive study of Chinese dialects in several different provinces.

He learned enough of the local dialect wherever he went so that the locals wouldn’t have to speak Mandarin with him.

He was apparently able to pick up some dialects in just two months, thanks to his extremely refined ear for phonetics.

He eventually returned permanently to the U.S. and became a citizen, but not before interpreting Bertrand Russell’s philosophy lectures into Chinese and writing widely-used textbooks for Mandarin and Cantonese.

In the U.S., he taught Chinese to university students and applied his own personal method for learning languages: focus on the spoken language first, and read aloud as much as possible.

Later on in the twentieth century, other researchers would confirm that reading aloud in a foreign language does, in fact, have serious benefits to the learner.

He had to deal with early recording technology for his dialect studies, but digital technology has made it a snap to record yourself and check your accent in an instant.

As long as you’re pronouncing things correctly, you’re building important pathways in your brain by associating your speech with the image of the word on the page as well as the sounds coming out of your mouth. 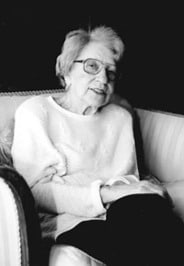 Kató Lomb was born at an exciting time. It was 1909 in Budapest, and the world that she grew up in was on the brink of irreversible change.

After obtaining her PhD in chemistry, she saw that the economic depression was making job prospects dire for those in the scientific fields. So she decided to teach English.

She just had to learn it first.

In her language learning, Kató plunged into reading cheap yet thrilling romance novels, armed only with a dictionary and unbridled enthusiasm.

Her strategy was sound—if the story is exciting enough, it can keep you going past what you don’t understand. Eventually, you can pick up what you need through context.

These principles took her further than she could have imagined.

After the end of the Second World War, she began a long and successful career of interpretation and translation.

Not stopping at English, she acquired French, Russian, Polish, Chinese, Japanese and quite a few other languages that she used to work as a translator.

Kató believed that enthusiasm was the most important part of language learning. Accent and grammar could always come later if you were simply thrilled about learning and understanding new words in the language.

No matter what language she was speaking, she always had faith in herself to complete her assignment along with the energy to keep studying her whole life.

Here’s how you can apply Kató’s techniques and attitude to your own language learning: 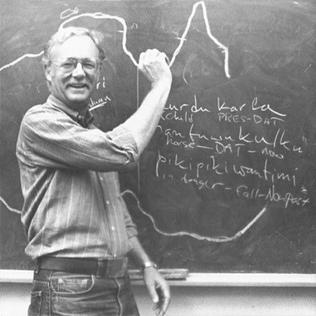 Ken Hale was born in 1934 and grew up in the rugged American Southwest. As a boy, he kept his ears open for as many foreign languages as he could.

He picked up Spanish, Navajo, Tohono O’odham, Hopi and more from his friends and roommates at boarding school. In fact, he got in trouble at school for focusing more on languages than homework.

Later on, he gained fame and respect for publishing a truly staggering amount of research on many Australian aboriginal languages.

Even more fascinating, he became so fluent in one, Warlpiri, that he raised his two sons speaking it.

Ken was always extremely sensitive to the needs and wants of the local language communities. He established schools of linguistics and language revitalization programs across the world so that native speakers could lead their own communities in reviving their languages.

All his life, even during his long tenure teaching at Massachusetts Institute of Technology (MIT), he had a legendary ability to learn languages quickly and accurately.

If you want to take some lessons away from Ken’s methods, you can learn like a field linguist. The skills they develop for learning obscure unwritten languages work just as well for any language, no matter how many people speak or write it.

Here are some ideas to try:

Ken started out this way. Then he’d move quickly on to sentence patterns.

To him, speaking to somebody in their own language was a mark of respect. If only we could all be so respectful!

These three polyglots have sadly all passed away by now, but between them, they’ve left us a treasure trove of writings and recordings to remember them by.

Each of them left a permanent mark on their field—Yuen Ren Chao on Chinese pedagogy and dialect studies, Kató Lomb on interpretation and translation and Ken Hale on endangered language preservation.

And though each of them was capable of prodigious feats of memory or analysis, their most important shared trait was passion.

What will you do with your love of languages?