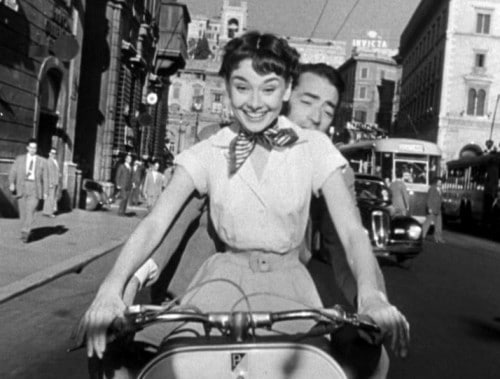 Ever wonder why so many people in the U.S. never figure out how to learn a foreign language?

You might say the state of foreign language teaching has something to do with it.

You might also consider aspects of geography, politics and social issues.

These are all connected and related to the problem, but they’re not the real root reason.

We learn languages when we need them to get by.

This is why people in non-English-speaking countries actually have an advantage when it comes to language learning.

At some point, there’s a good chance they’re going to want to speak English, whether for travel or business or school. When you’re traveling in some foreign land and you give someone that “I have no idea what you just said” face, what’s the second language they try? English.

That leaves some English speakers asking, “Why bother to learn a new language when everyone already speaks mine?”

Even if you have a real desire to learn languages, your lack of a practical, everyday reason to learn one might make progressing difficult.

But there are some inherently good reasons for anyone to learn a foreign language. These are reasons that many famous people have grasped and used to their advantage to become figures of historical importance.

Let’s take a look at the lives of some influential polyglots and their life projects that led them to learn languages.

You’ve probably heard of most of these people, but likely didn’t know some of them were polyglots. That’s because being polyglots wasn’t how they got famous. For them, language learning was a means to an end. And that was very likely part of the reason for their success.

If we take a cue from their lives, we might just be able to find those motivating factors that can raise people to such language learning heights that they achieve that seemingly unattainable status of polyglot.

Famous for his work with electromagnetic fields, Nikola Tesla was also a well-developed polyglot, speaking a total of 8 languages. His language learning wasn’t just an idle pastime, however. Tesla was born in modern Croatia and studied science in what is now Austria and the Czech Republic before moving to the United States to work for Thomas Edison.

Think about that. A guy from a place that’s still little-known, at least by Americans, was hired by one of the foremost inventors in America at the time.

So take a page from Tesla and tie your career ambitions to learning a new language. With today’s job market being as unpredictable as it is, following his example couldn’t be a better idea.

You probably know his name from the Merriam-Webster dictionary, but Noah Webster’s ambitions were much grander than many people now realize. At a time when everything from spelling to pronunciation varied wildly across America, Webster wanted to standardize the language and give people a common language.

In his drive to assess the etymology of the words he was selecting for his dictionary, Webster managed to learn more than 20 languages. Wow! What was his secret? Besides possibly some flashcards, maybe not much more than the desire to complete his project.

In short, to really get yourself motivated you should invest in a project involving language. Pick something related to what you’re already learning. If you study religion, try to translate a text relevant to your research. If you’re into film, try to subtitle some little-known foreign film that you think deserves more publicity.

If you’re not sure what might interest you, consider FluentU.

With material that suits a wide range of interests and tastes, FluentU lets you discover what’s meaningful to you about the language you’re learning while also providing daily motivation to practice it.

Whatever political reservations those in the West might have about him, Ho Chi Minh was to many Vietnamese their George Washington. He fought decade after decade for his country’s liberation from colonialism and in the process he learned at least 5 languages, including English, French, Chinese and Russian.

There’s nothing like political fervor to spur language development.

What lesson can we take from Ho Chi Minh then? Go out there and organize! Try to find a political cause that you have strong feelings about and is intrinsically connected to a second language. For example, in the U.S., an obvious issue would be immigration and organizing recent Hispanic immigrants for voting.

You may know her as one of the most famous actresses of all time, appearing in such films as “Breakfast at Tiffany’s” and “My Fair Lady,” but Audrey Hepburn was also an ardent humanitarian. In fact, she was presented with the Presidential Medal of Freedom by George H.W. Bush for her work.

What made her such a great aid worker? By now I’m sure you see it coming. She spoke at least 5 different languages in addition to English.

To follow in her footsteps, then, try reading up a little on humanitarian organizations, like NGOs or the Peace Corps. See what kind of work they do and get inspired. Once you’ve dedicated yourself to a worthy cause, learning a language will seem much more necessary, and necessity means quick learning.

If there’s a specific area of literature people dislike, it’s usually poetry. Hopefully you were never forced to read John Milton’s infamously lengthy “Paradise Lost” against your will.

But no matter what your views on Literature-with-a-capital-L are, Milton is someone to respect. He created 630 new words for the English language, all with the help of his knowledge of 8 different languages.

Aspiring writers today are all over the place, and if you are one, you know it’s as hard as ever to stand out. Why not learn from Milton’s success and use language learning as a tool to create inventive prose? At the very least, you’ll be unique.

An extremely popular Pope and one just as well-traveled, Pope John Paul II visited 129 countries during his tenure. But he didn’t simply visit these countries. From his desire to spread his ideal of an alliance between the major religions sprang a secondary desire to learn to speak the tongues of these countries. In total, he learned to speak 8 languages.

Like Pope John Paul II, perhaps you already have a message that you hold dear to your heart and think the people of the world should hear. How better to spread a message than saying it in words people can understand?

And while it may seem to be a bit presumptuous that you could be as influential as the Pope, no one says you have to be him. Change can be effected by everyday people, each one doing their part. After all, if it wasn’t for the ordinary missionary, the one who tramps out into the places that most “civilized” people would never dare go, it seems unlikely that Christianity would have spread to such far flung corners of the world.

Are you an engineer? Or perhaps a researcher in a science field? Whatever you may be, there’s undoubtedly an international intellectual community waiting for you just beyond the reach of the English language.

To see how well learning new languages can connect you to an international community of fellow thinkers, we might look to Friedrich Engels. Yes, that Friedrich Engels. The one who co-wrote “The Communist Manifesto” with Karl Marx.

Ideology aside, Engels was an extremely effective communicator of his ideas. He reportedly spoke many languages and wrote his correspondence to co-conspirators in the language of their origin. It’s hard to doubt that this international communication helped him to develop into the influential thinker that we know today.

If you aspire to be a great originator in your field of choice, learning some extra languages could go a long way.

For example, if we look at the field of medicine, it is clear that what gets studied is directed by our cultural biases. In much of the Western world, for example, there is a disdain for folk medicine.

A country like Japan, on the other hand, has maintained a deeper respect for its traditional medicine and as a result has conducted more scientific studies on the viability of such medicine in the present day. Thus, by learning another language—like Japanese—you could tap into an area of research that remains constricted in the English-speaking world.

Okay, okay. So you probably don’t know this guy. But you should! Ludwig Zamenhof was the inventor of Esperanto, now the most widely spoken artificial language. Esperanto, for those who don’t know, is a sort of simplified and universal European language. If you already know a European language, you should be able to read and understand it without much extra knowledge.

What gave him the expertise and knowledge to build such a language? Mastery of at least 9 other languages.

Zamenhof built Esperanto for one reason. He wanted to make it easier for people to understand each other and thereby foster world peace. After all, think of all the times when a peace process would have been made impossible without a mutual knowledge of foreign languages.

Maybe you don’t need to make an entirely new language (there are quite a few of those already), but why not set out to foster world peace?

Anything from teaching English for a couple of years to underprivileged kids to becoming a professional diplomat dedicated to mutual understanding could make a significant difference in the lives of many people. And once you’re giving it your all for world peace, learning those nine languages will seem like child’s play.

If you’ve been wondering in amazement every time you’ve heard the word “polyglot,” unable to imagine the superior beings who could acquire such skills, think of these people. Sure, they’re famous, but none of them set out specifically to learn new languages. They did so because they had things they wanted to accomplish that necessitated learning new languages.

That’s the kind of mindset we should all have.

7 Surprising Benefits of Learning a Foreign Language
Why the Heck Is Listening Such a Big Deal? 5 Reasons Why Language Learners Need to Listen Up