We’re all pretty excited about the new ways that are popping up to learn languages online.

But if you’re going to learn a language in a more formal way, there are worse places to do it than a college campus—experienced teachers, motivated classmates and piles of easy-to-access resources are all in one place!

Here’s what you should know when picking a college to study a foreign language, including what to pay attention to when making your decision and ten standout programs to get you started.

The first thing to look at in any foreign language department you’re interested in is their bread-and-butter: what languages do they offer?

You should be able to find a list on the school’s website. Importantly, you want to check which languages are offered continuously and which are only taught occasionally. The languages at the core of their program will be the ones they have full-time faculty for.

The next thing to pay attention to is how the languages are actually taught. For example, some schools will have immersion programs you can sign up for. If you’re going to major in a language, you also want to look at the requirements to see what it all actually entails.

Finally, research any additional perks and resources the school offers. Do they have a language center that hosts events? What are their study abroad opportunities like?

All of the schools on our list provide excellent environments for language learning, but each school has a slightly different emphasis, so you’ll want to do as much research as possible on the programs you’re interested in.

Looking at both the core of their program and the extra resources that make that school special should give you a good overview. And if you want to really get a clear picture, nothing beats an in-person visit!

Our Recommendations: Colleges with the Best Foreign Language Programs 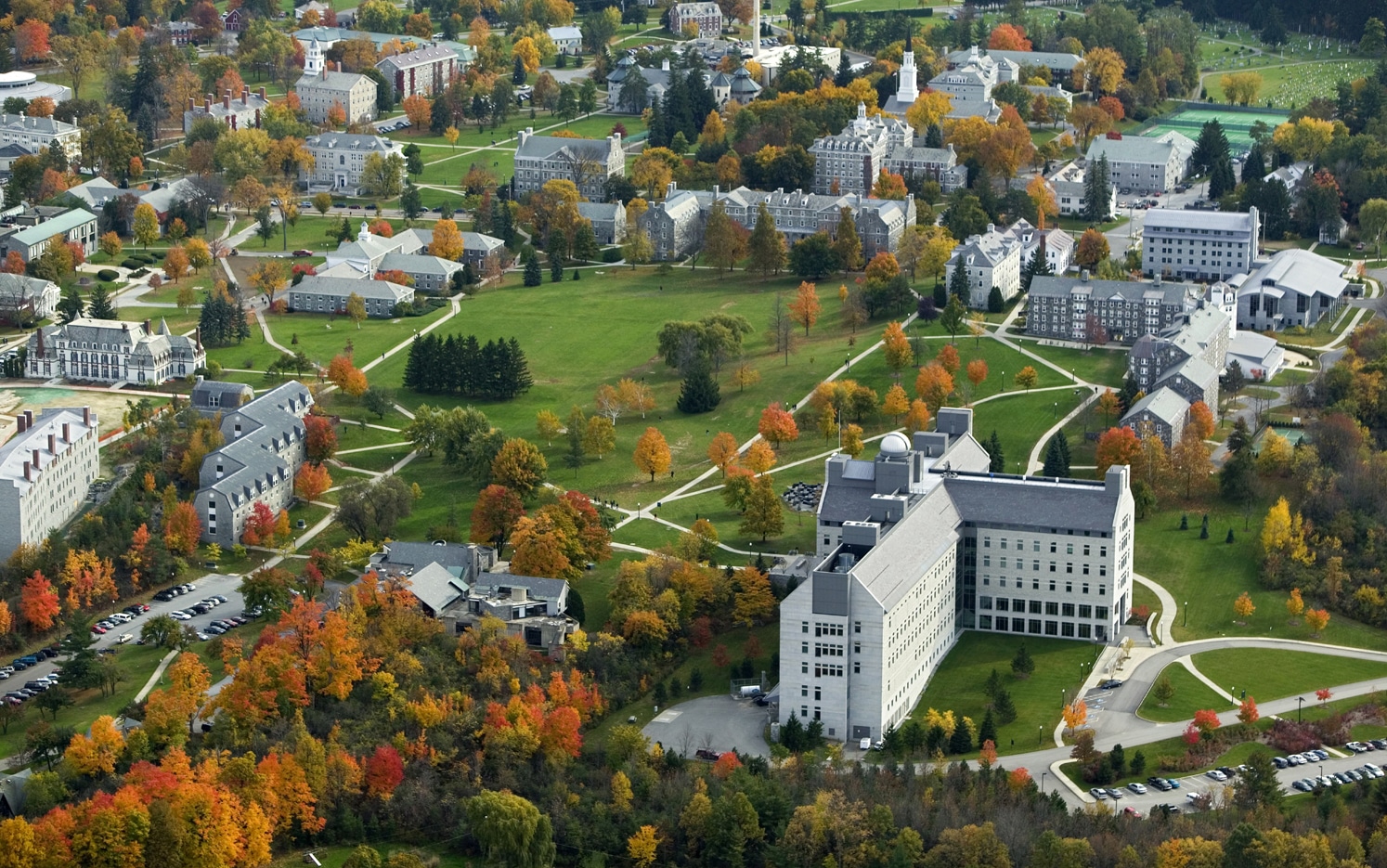 Middlebury is well-known among language learners for its Language Schools, which provide an intensely immersive summer language learning environment.

Based on that, you might expect Middlebury College proper to be a good place to learn a language, and the school doesn’t disappoint. Their first-rate program covers 11 languages: Arabic, Chinese, French, German, Hebrew, Italian, Japanese, Korean, Portuguese, Russian and Spanish.

It also includes partnerships with the Monterey Institute of International Studies, where you can complete an accelerated Middlebury/Monterey BA/MA, and the Middlebury C.V. Star Schools Abroad, where you can take your language studies overseas. 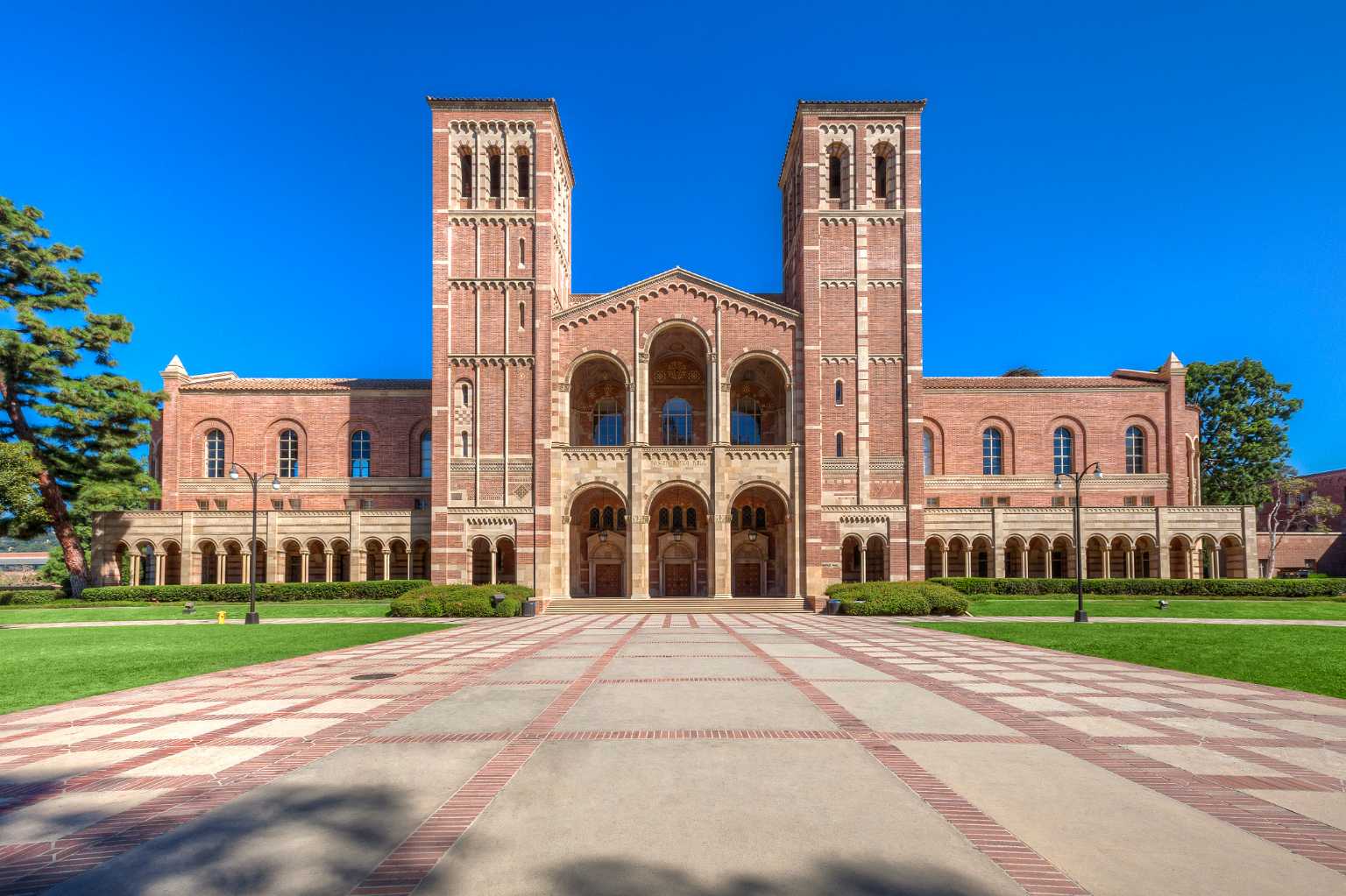 They offer a diverse array of languages that would make most language departments green with envy. Thought you couldn’t study Armenian, Quechua, Uzbek and Yoruba in college? Turns out you were wrong!

Their Center for World Languages provides a rich collection of language learning resources, including everything from an online database of learning material for 150+ “less commonly taught languages” to an Italian library and foreign language teaching workshops.

And because second language acquisition is one of the Center for World Languages’s research focuses, innovative language learning techniques are always making their way into UCLA’s classrooms. 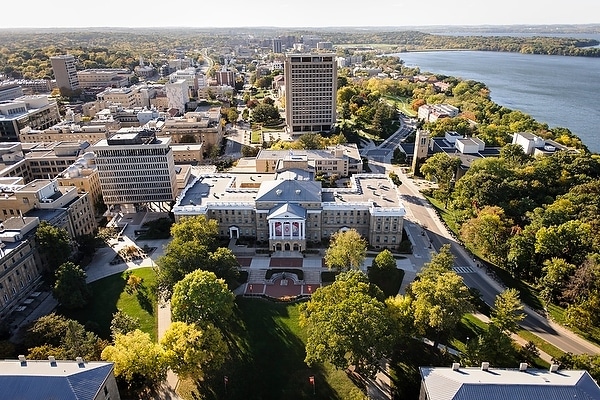 By the numbers alone, UW-Madison produces more language majors a year than any other U.S. university. During their time at the school, these students have access to an impressive collection of language learning resources, including classes in over 40 languages and study abroad programs with ties to over 60 countries.

UW-Madison boasts an impressive 26 conversation tables that meet regularly during the school year, so you can have casual conversations outside of class in a relaxed environment. 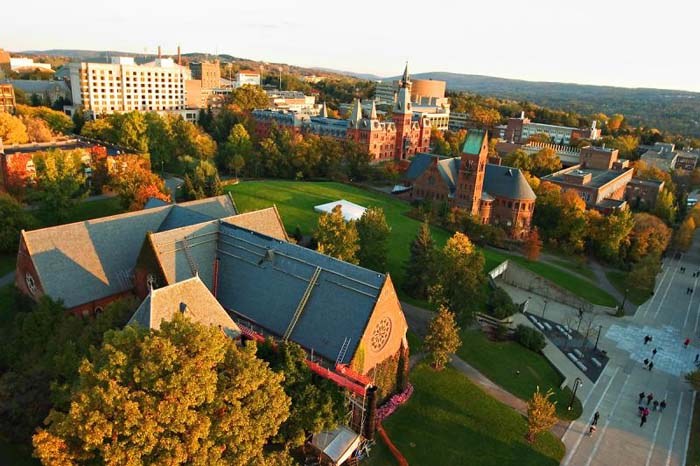 Cornell offers classes in languages ranging from Akkadian to Zulu. Altogether, there are 52 languages offered, including 31 that can be taken for at least two years.

The school’s Language Resource Center is home to a media library as well as a language lab. It also hosts talks related to language learning, many with an interdisciplinary bent.

In the past, a distinguishing aspect of Cornell has been its immersion programs in Asian languages, most recently its summer Mandarin intensive. Although the future of these offerings is unclear, Cornell’s language program in general remains very strong. 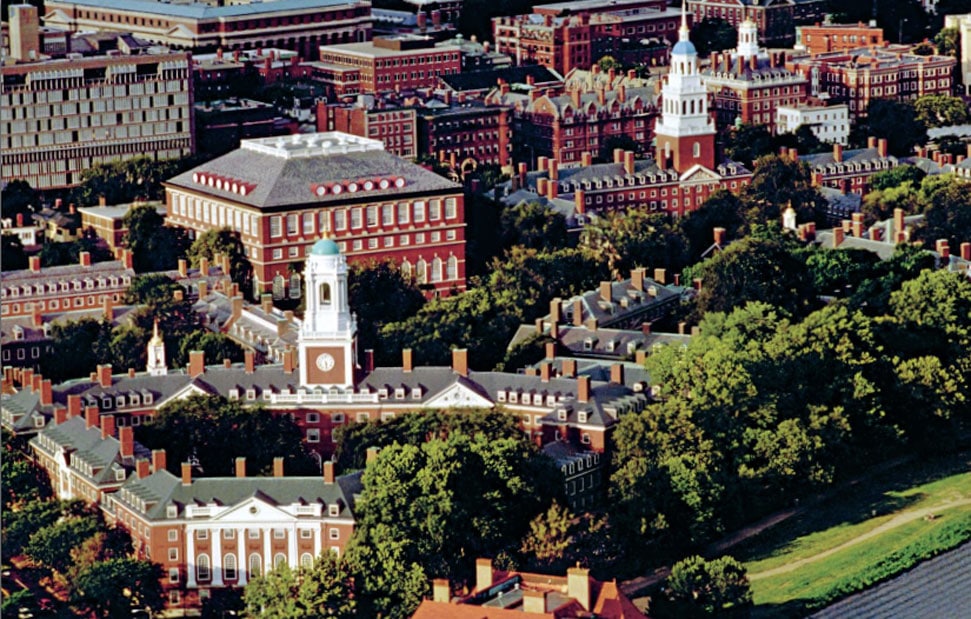 It’s no Middlebury, but Harvard still isn’t too shabby. Case in point: It has courses in 80+ languages, more than any other U.S. college.

The school’s Language Resource Center has a space for watching international TV (armchairs included!), screening rooms and a computer center. And if these on-campus resources aren’t enough, you can also get a discounted Rosetta Stone subscription through the school. 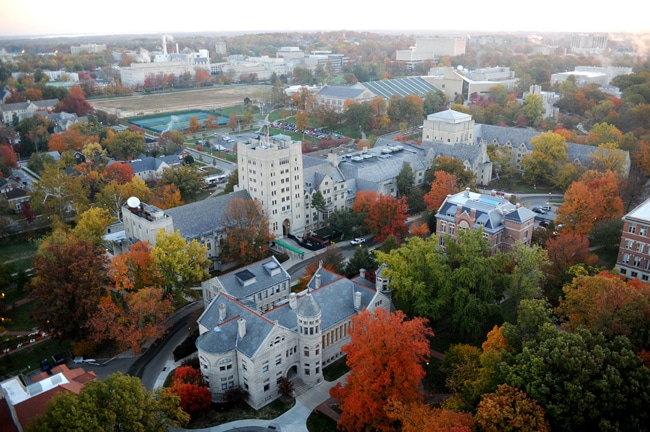 Indiana teaches a dazzling array of foreign languages and has the Center for Language Technology, which puts together regular workshops, conversation hours and festivals for language learners. 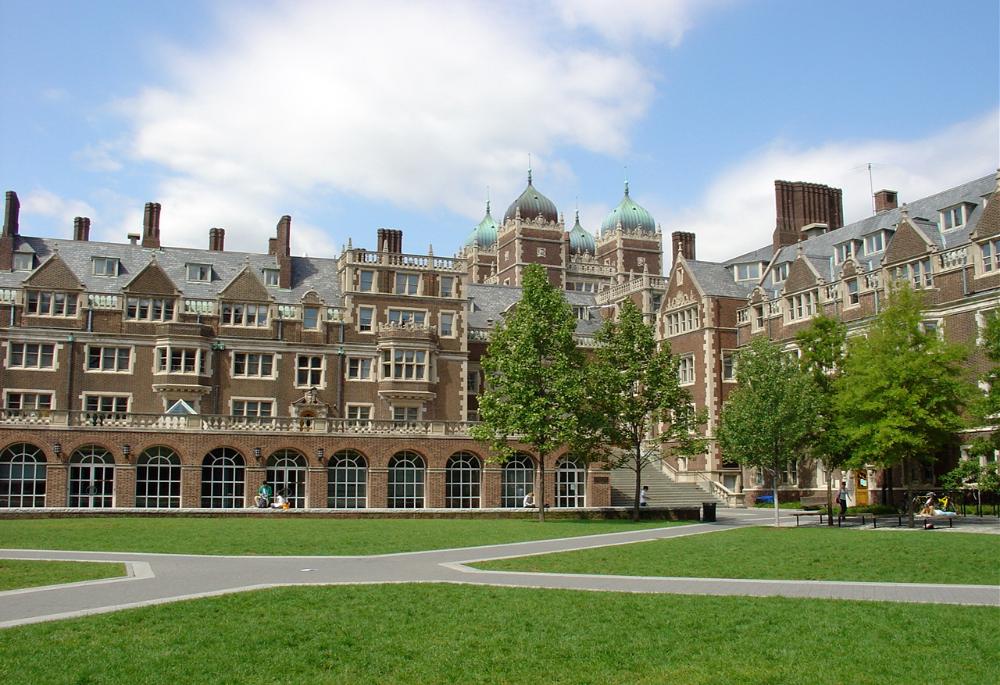 Like other top language schools, University of Pennsylvania offers a competitive selection of languages.

More unique to the program is the Penn Language Center. Through the center, you can request a language tutor or become one yourself, and you can take proficiency assessments.

If you have an interest in sign language, business or medical professions, you can also sign up for specialized language courses in those areas. 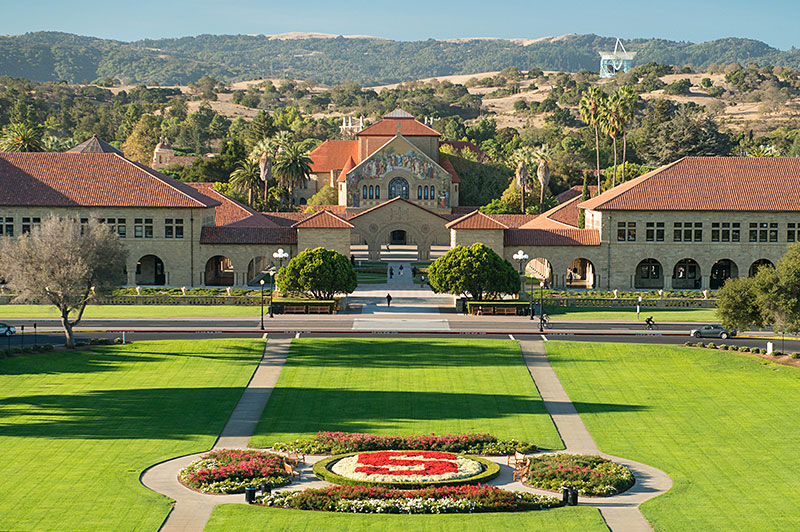 Stanford stresses that because their program is all about becoming proficient, it emphasizes “doing rather than knowing.” Much of this doing happens with the help of the Digital Language Lab, which administers spoken and written tests—including the Simulated Oral Proficiency Interviews students take to graduate. 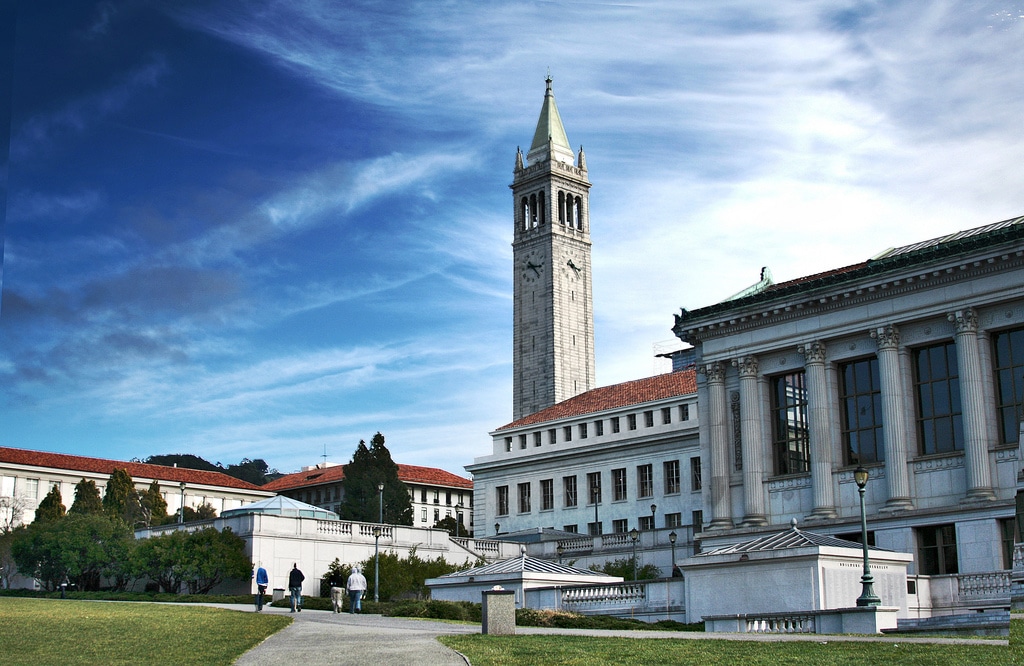 Besides taking courses and potentially majoring in one of almost 70 languages, students at UC-Berkeley can supplement their studies with a minor in Applied Languages to gain an understanding of how people learn languages and how languages interact with their broader cultural context.

Meanwhile, the Berkeley Language Center is a dynamic hub of learning and research. Some of the center’s activities include publishing a journal, putting on a series of workshops and curating a collection of foreign language film clips for students. 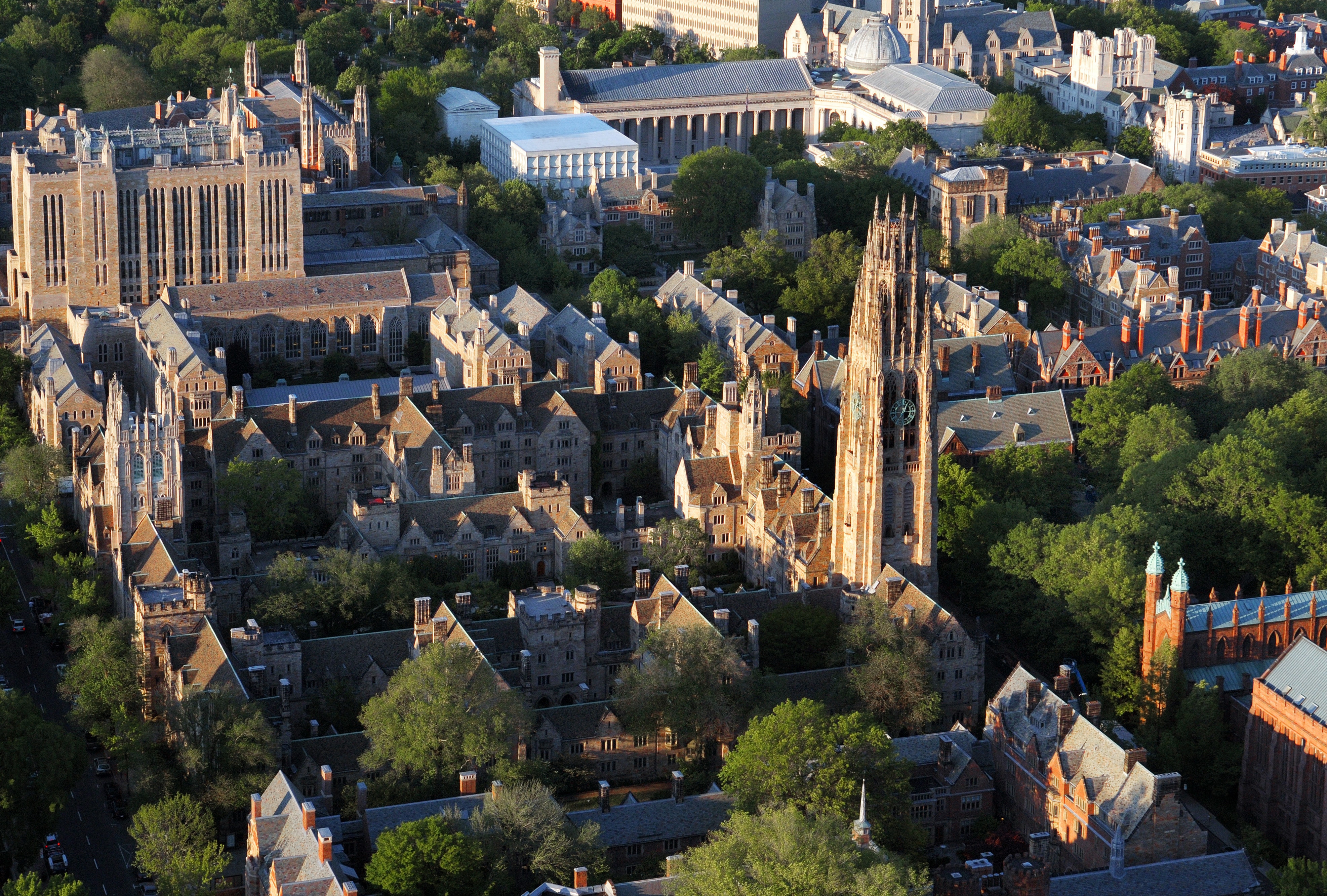 Unlike its rival Harvard, Yale offers a mere 53 languages. But foreign language students at Yale aren’t left out in the cold. The Center for Language Study runs a thriving tutoring program and courses in special purpose languages like medical Chinese and medical Spanish.

Plus, if the language you’re interested in isn’t one of the 53, you can apply to receive up to four semesters of funding and support for outside study through the Directed Independent Language Study program.

Ever wish you were in college again?

That’s okay! While it’s true that many of the features that make these programs unique are only accessible to students enrolled full-time in the schools, in many cases elements of the program will also be open to the public. Look into all of the following possibilities:

Even if you aren’t a college student, universities tend to be pretty into the free exchange of ideas and all that, so you might find you still have access to some of these resources.

Alternatively, you could look into massive open online courses, or MOOCs, which are college-like courses available to the general public online. For a more traditional classroom experience give edX a go, while Coursera is great for flexible online learning.

There are plenty of other online language learning programs on the world wide web—you just need to know where to look for courses which suit your needs. Our roundup of the best online language courses will introduce you to a few options, including the well-structured Rocket Languages program. There’s also FluentU, an immersive language experience that lets you determine your own learning path through authentic videos, custom flashcards and personalized quizzes.

Ready to get back to school?

In the end, if you know what your priorities are, keep an open mind and do your research, you probably won’t go wrong.