7 Fun Apps to Learn the Russian Alphabet with Ease

When it comes to learning Russian, the first place to start is with the alphabet.

One factor that can make a world of difference is using apps. Apps for learning Russian can come in tremendously handy, especially when you’re just starting out.

Why Use an App to Learn the Russian Alphabet?

First of all, apps offer guided learning. With so many options out there for learning the Russian alphabet on your own, you could easily end up overwhelmed. Should you practice the letter pronunciations first? Should you listen to the alphabet as a whole a few times? There are way too many choices. With apps, though, you don’t have to work as hard to figure out what to do because they put all you need to learn the Russian alphabet at the tips of your fingers.

Plus, apps make it easy to learn the Russian alphabet without putting much time into it. Because apps are so convenient, you can cram a little learning into any downtime. Wouldn’t you much rather learn the alphabet while waiting in line at the store than having to set aside free time when you could be relaxing in a sauna?

Finally, apps offer a wide variety of approaches to give you a comprehensive understanding of the Russian alphabet. There are apps to familiarize complete beginners with the alphabet, but there are also apps that can help you learn to use the alphabet in context at a more advanced level. 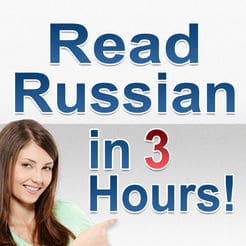 The app focuses on contextual learning with real-world examples to improve your functional knowledge of the alphabet. It uses primarily video instruction, so it’s a lot like learning the Russian alphabet in a conventional classroom.

Plus, Russian Alphabet Mastery – 3 Hour Cyrillic is free. If you like it, though, you might also try using Russian Accelerator, which produced this app, as you continue learning Russian. 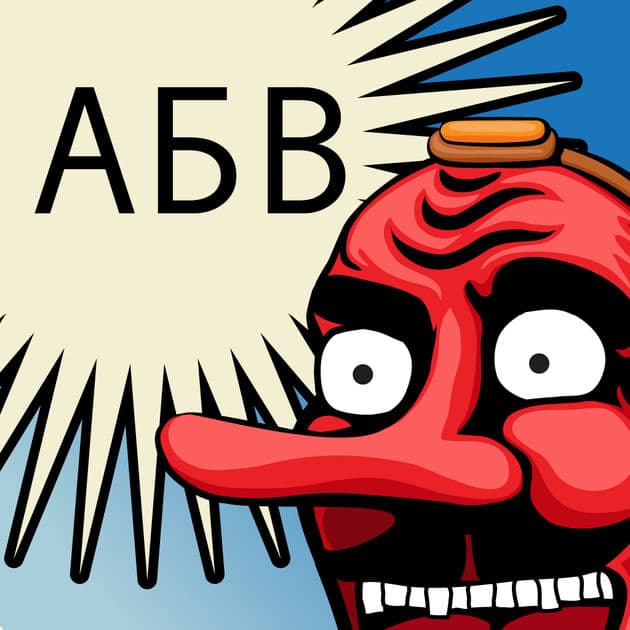 While it has slightly different names between the iOS and Android apps, the content is useful regardless of what platform you’re using.

With this app, you can learn the Russian alphabet at your own pace. The app offers a variety of great features for learners, including lessons, flashcards and quizzes. It also offers audio to help you nail down pronunciations.

Plus, the app teaches users to both read and write Russian letters, including Russian cursive, which can be a bit tricky for Russian students and is often overlooked by other educational resources. If you want to learn more about the alphabet you’re learning, there’s even a lesson on the history of Cyrillic. 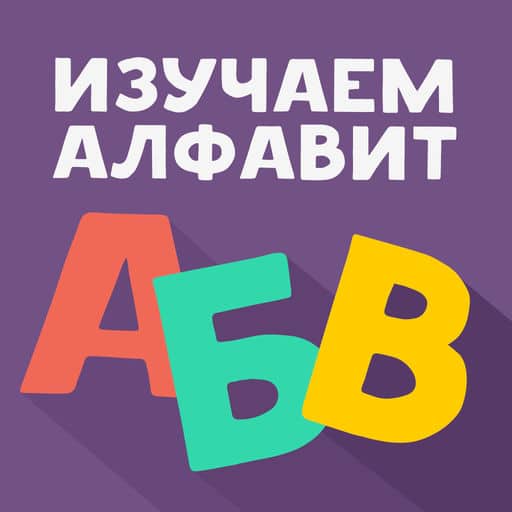 Learn the Russian Alphabet (also called simply “Russian Alphabet”) is an app intended to help children learn the Russian alphabet. The information is the same whether you’re an adult or a child, though, so if you like fun animations with your learning (and who doesn’t?), this app is a good option for learners of all ages.

Learn the Russian Alphabet includes fun characters to make learning the Russian alphabet extra engaging. For each letter, the letter, a word that uses that letter and an image of what that word means will appear on the screen. Plus, each letter is accompanied by a song and a mini-game to help reinforce learning. 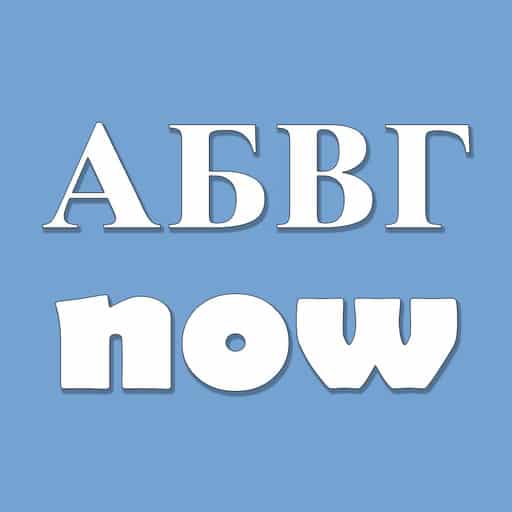 Russian Alphabet Now offers seven lessons to teach you the finer points of both Russian cursive letters and Russian print letters. Each lesson features both scripts, so it’s an easy way to learn both versions simultaneously.

In addition to exposing you to print letters, the app also features pronunciation guides to help you get a hang of what each letter sounds like.

One of the most unique features of Russian Alphabet Now is that it also includes writing practice, in which you draw letters based on the provided guide. Your Russian penmanship could be the envy of your friends in no time! 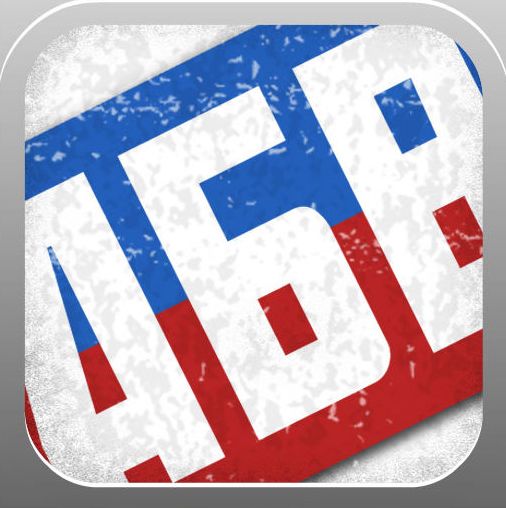 Developed by a native Russian speaker, Russian Alphabet aims to start you down the right path to learning Russian through thorough instruction in the Russian alphabet.

The basic features of the app are free. These include the written letter, an audio pronunciation of the letter and a written and spoken word featuring that letter.

Additional in-app purchases can also be used to unlock a quiz feature and a “finger writing” feature that allows you to practice forming the letters by drawing on the screen.

Russian Alphabet doesn’t require internet access, so you can also use it to learn on the go without burning through precious data. 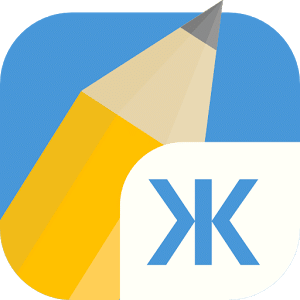 If you’re looking for a highly interactive way to learn the Russian alphabet, Write It! Russian has you covered.

Write It! Russian focuses on teaching the alphabet largely through action. Lessons teach you the letters, but then you reinforce them by identifying them in quizzes and practicing them with cursive writing activities.

Plus, lessons are broken down into brief chunks—just three or four letters each—so you can easily learn a few letters at a time without getting overwhelmed.

The basic download is free. Additional in-app purchases are available. 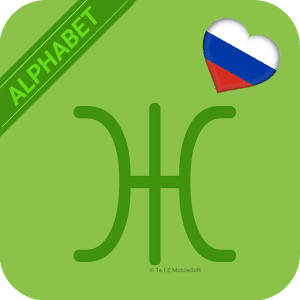 That’s because Learn Russian Alphabet Easily gives you several learning options. You can select between quizzes, flashcards and a game. From there, you can also select what set of letters you want to work on. Plus, unlike many apps, you can even set your difficulty level, which is a great way to get more and more proficient with the alphabet gradually.

Additionally, the app teaches both print and cursive letters. If you’re looking to continue learning the Russian language, Learn Russian Alphabet Easily will even get you started learning your numbers.

These apps are a great way to introduce you to the Russian alphabet and get you started on your language learning journey.

After using these apps and getting a good grasp of the alphabet, you can further your learning with more apps, language-learning programs and authentic content.

A program like FluentU, for example, will introduce you to an immersive learning experience through authentic Russian videos with interactive captions. Russian short stories and TV shows are a step up from short videos, giving you a chance to practice more in-depth.

Want to experience the peace and calm of learning the Russian alphabet through a serene app?

Look no further than these seven idyllic options!