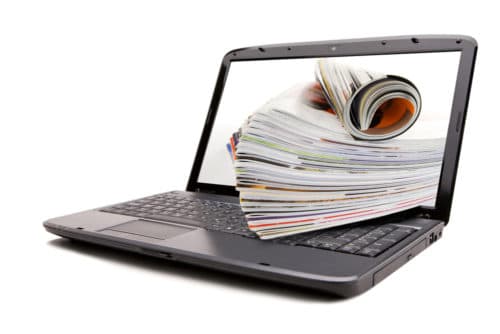 10 Language Learning Magazines You Should Check Out

Did you know that the word “magazine” originally meant something like “storehouse” or “warehouse”?

And really, it seems appropriate, since magazines are basically warehouses of information!

There’s a good chance you read magazines in your native language, whether in print or online, but you may not have tried reading them in a language you’re learning. If that’s your case, then you’re missing out.

As a language learner, getting plenty of reading practice is essential. It’s also a bit of a dilemma for beginning and intermediate learners.

Most learners have textbooks or other materials from class, and even though textbooks can provide some reading material, their reading sections are usually short and aren’t always as engaging as you’d like.

If you want to get enough reading practice, you’ll have to supplement your textbooks. There just isn’t enough in most books to really kick your reading into gear.

For beginners, though, it’s hard to just pick up a native-level book and start reading. So where can you find fresh, engaging reading material that’s not too hard? Ideally, the material would also give you a way to get new content on a regular basis, without having to search around for it.

The solution: Magazines for language learners.

These magazines can be either online or printed, but they all have interesting but easy articles for beginning and intermediate learners. They’re published periodically, so you don’t have to search for new resources to continually find fresh reading material. Plus, they’re written for people just like you.

Magazines for language learners aren’t the same as just any old magazine in your target language. Those can also be awesome resources, but they’re usually best for learners who have at least reached an intermediate level. For beginners, native-level content of any kind can be overwhelming. That’s what these magazines are for.

10 Language Learning Magazines That All Learners Should Flip Through 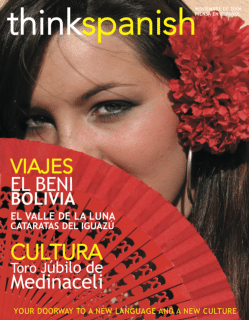 The online magazines from Think Language are published once a month. They focus on the target culture, and all include an audio component.

For example, a recent issue of Think Spanish included articles about music traditions in Spain, the Patagonian train and the history and tradition of tobacco products in Latin America.

The magazines are called audio magazines, mostly because they all have both text and audio, so you can listen along with the text. There’s also a grammar-focused feature at the end of the magazine.

The Think Language magazines are only available online and not, for example, as an app through the iPad’s newsstand. They cost $99 for a 12-month subscription. 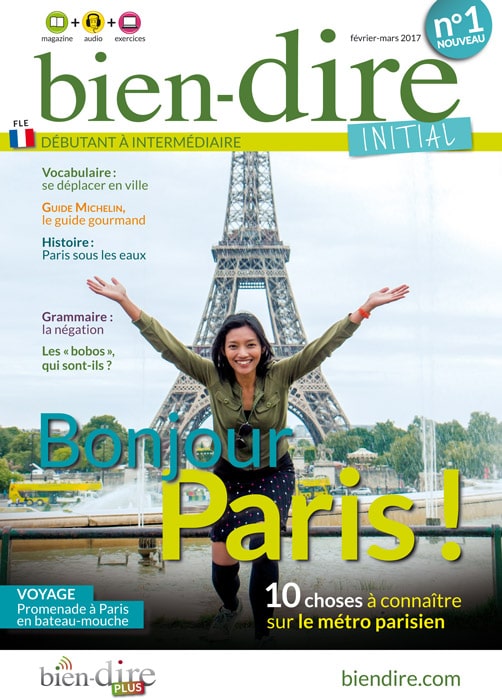 Bien-dire (Say It Right) is one of the oldest magazines on this list because although there’s an online component, Bien-dire is a traditional print magazine produced by one of France’s large publishing houses.

There’s a magazine for beginning/intermediate learners and another one for more advanced learners. The magazine is accompanied by an audio CD—yes, just because it’s a printed magazine doesn’t mean there’s no audio! However, the audio CDs do cost extra. The online component is meant to be a complement to the printed magazine, and there’s no way to get the full magazine experience without the hard copy.

Bien-dire is updated every two months. It certainly is the best option if you want the experience of having a new magazine arrive in your mailbox!

It costs 47 euros for a year-long subscription for just the magazine, and 99 euros with the audio CDs. 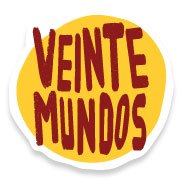 There’s some confusion about what it means to be an “online” magazine. In the case of Think Language, their magazines are published very much like a traditional magazine, but they’re accessible through an online reader. VeinteMundos is more like what most people think of by “online magazine”—it has constantly-updated articles that you read on a web page.

The articles have a multimedia component, and are focused on culture as opposed to grammar. Recent articles include one about how climate change is affecting Latin America, and a travel piece about a trip through the Amazon. Every article has audio, grammar spotlights, reading comprehension exercises and pull-out vocabulary including not just words but also popular expressions.

Finally, if you’re reading this article for English practice (or if you know someone who’s learning English), Lingua Editions also makes a similar online magazine for English learners, TeaTime-Mag.

And the best part is that they’re free! 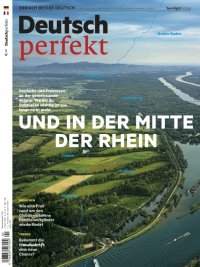 Deutsch perfekt (Perfect German), a magazine for German learners, is produced by a publishing company in Germany that also produces language magazines for Germans to learn French and Spanish.

The product is similar to Bien-Dire. It’s a printed magazine that’s mailed to your home. You can opt, in addition to the magazine, to get an exercise book as well. If getting a printed magazine isn’t your thing, there’s also an option to receive the magazine as a downloaded PDF file every month. Every article comes with audio, and the focus is on Germany, Switzerland and Austria—not just Germany. 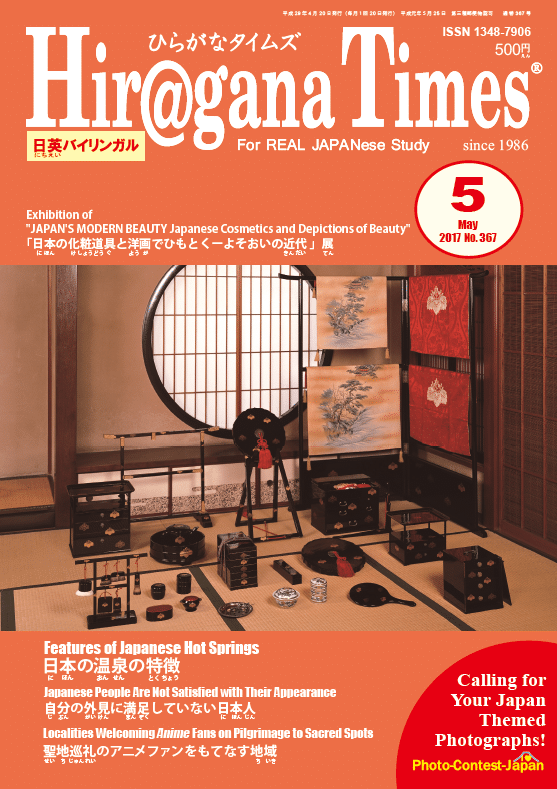 Hiragana Times is produced in Japan for Japanese learners. The company that publishes it doesn’t produce any other magazines, although it does run a business that helps students of Japanese find language schools in Japan.

You can get either a digital or print subscription to Hiragana Times, and it’s probably not surprising that the digital version is much less expensive, especially if you want audio (which is extra for print magazine subscribers) and you don’t live in Japan (the fees are higher for subscribers outside of Japan).

Recent articles include a feature about the changing Japanese ideals for female beauty, and another about pilgrimages by anime fans to the sacred spots of anime.

An easy way to try out Hiragana Times is through White Rabbit Japan, an online store that’s a great place for learners to find Japanese reading material in general. Currently, you can buy a single issue for $7.75. 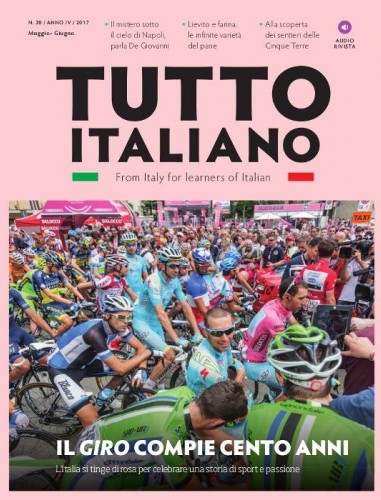 Like the other magazines on this list, Tutto Italiano is focused on culture. The articles are graded according to difficulty, and have glossaries for vocabulary and expressions. 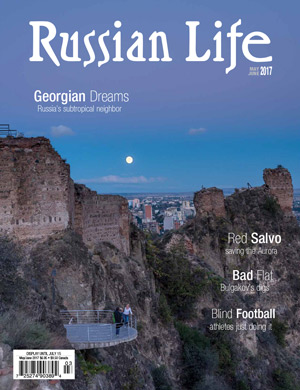 Russian Life is an English-language magazine about Russian culture, written for non-Russians, of course.

While the primary magazine is in English and doesn’t have a language learning component, Uchites (Study) is a language-learning supplement that goes with the magazine. Uchites doesn’t actually come with the (print) magazine, but instead is posted online at the same time the magazine is mailed to subscribers.

There are occasional audio features, but for the most part both the magazine and the language learning supplement are largely text.

A subscription to Russian Life costs $39, but the Uchites supplement is free. 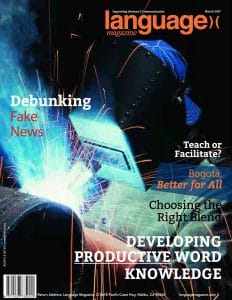 Lastly, Language Magazine is a magazine, in English, about language learning in general, along with other interesting topics with an international focus.

This is a good place to read about language learning, without stressing about having to do much learning yourself. Plus, it’s free!

Don’t see the language you’re learning on this list? That doesn’t mean there isn’t a magazine for learners of that language, but you might have to do a little searching.

Magazines for language learners are not whole language courses, but they can be great supplemental material that will increase your interest and excitement about the language and give you a lot more to read.

Reading language learning magazines is a fabulous way to learn cultural basics, too, and it’s the kind of thing that you would never learn through material that’s written for native speakers.

If you’re digging the idea of learning with these magazines, you’ll love using FluentU, too. FluentU makes it possible to learn languages from music videos, commercials, news and inspiring talks.


If you liked this post, something tells me that you'll love FluentU, the best way to learn languages with real-world videos.

The Modern Method to Learning Grammar in a Foreign Language
Go Global! The 6 Best Translation Apps for Language Learners