Korean movies are a terrific way to gain familiarity with the language and culture.

But if you lack the vocabulary and listening skills needed, you might quickly find yourself overwhelmed and ready to give up.

This is where using dubs of your favorite movies comes in.

Here’s how to learn Korean with dubbed movies can radically improve your Korean studies. 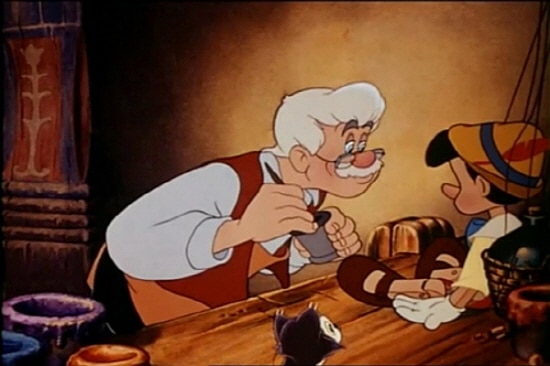 Who doesn’t love the tale of Pinocchio, a wooden puppet who wants to become a real boy?

Released in 1940, this Disney animated film is a well-known classic. It features the story of Geppetto, a poor woodcarver who receives a piece of wood that he turns into a marionette, which he names Pinocchio. After numerous adventures, Pinocchio acquires a conscience. He learns not to lie and to honor his father.

This full-length Korean dubbed movie is a terrific way to learn the vocabulary of toy-making and everyday conversations, along with plenty of descriptive adjectives. It’ll also give you lots of exposure to the Korean honorifics system while watching a movie that you already know well. 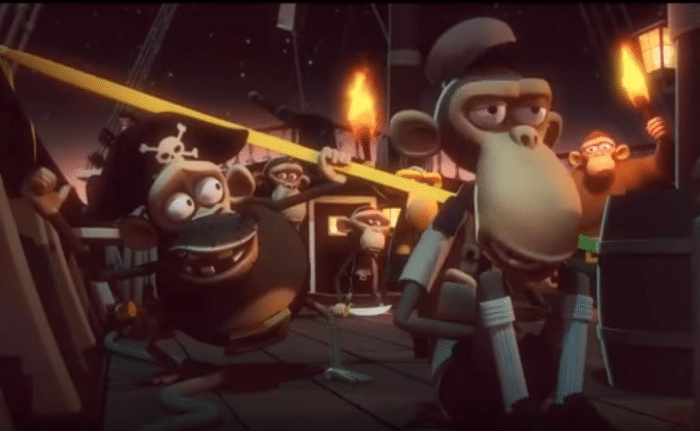 This 2012 animated feature follows the adventures of Marco Macaco, a monkey who works as a beach officer yearning for the beautiful Lulu. Unfortunately, his beloved only has eyes for Carlo, Marco’s rival, who decides to build a monkey-shaped casino right on Marco’s beach. Skeptical of Carlo’s intentions, Marco discovers his enemy’s plans to marry Lulu and destroy his beach.

This lovely cartoon will help you acquire lots of idiomatic expressions along with plenty of jokes and witty punchlines. Dialogues are sharp and effective, filled with lots of useful verbs and sentence connectors. 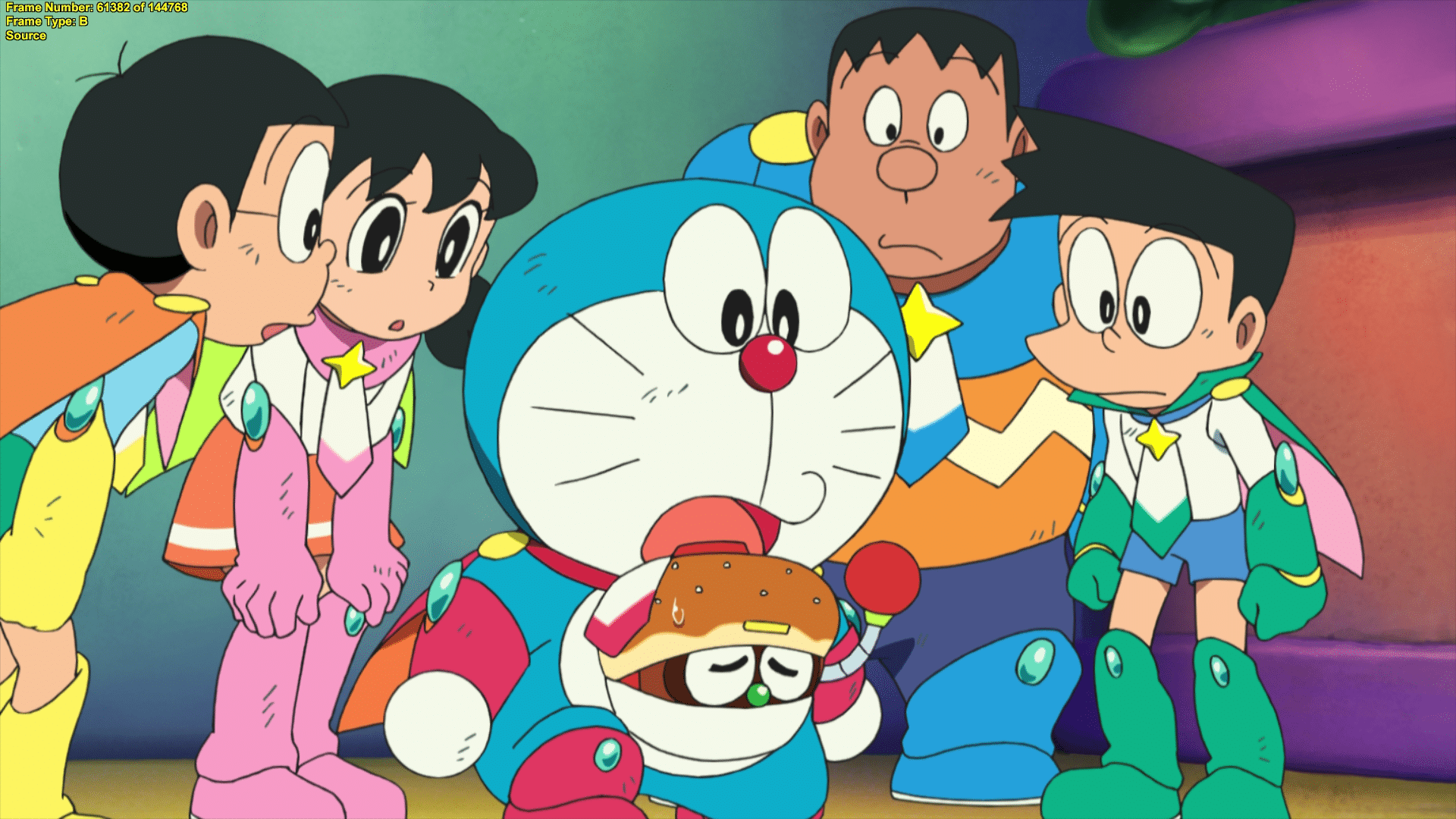 If you’re familiar with Japanese animation, you’re bound to know Doraemon, one of the most famous Japanese anime series of all time. And if you don’t, it’s time to play catch up and watch this film. Doraemon is a friendly cat who was sent back in time by a young boy to help his great-great grandfather Nobita so that his descendants may enjoy a better future.

In this film, the characters decide to create a space-themed movie. They get transported into the film and have to deal with the dangers that come with traveling through space.

This thrilling film will enable you to review animal and space vocabulary along with plenty of adjectives and adverbs to tell very vivid, detailed descriptions. 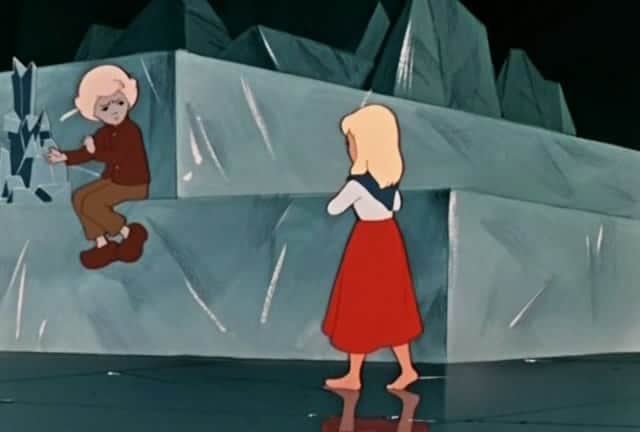 Based on a Russian film and a fairy tale by Hans Christian Andersen, this poignant Korean dubbed animated movie tells the story of a brave girl on a mission to find a kidnapped friend in an evil queen’s icy palace in the far north. With the help of animals and the narrator, Old Dreamy, she must find the boy before it’s too late.

This is a very interesting movie to practice reported speech along with exclamations. You’ll also pick up lots of action verbs and advanced grammar structures along the way. 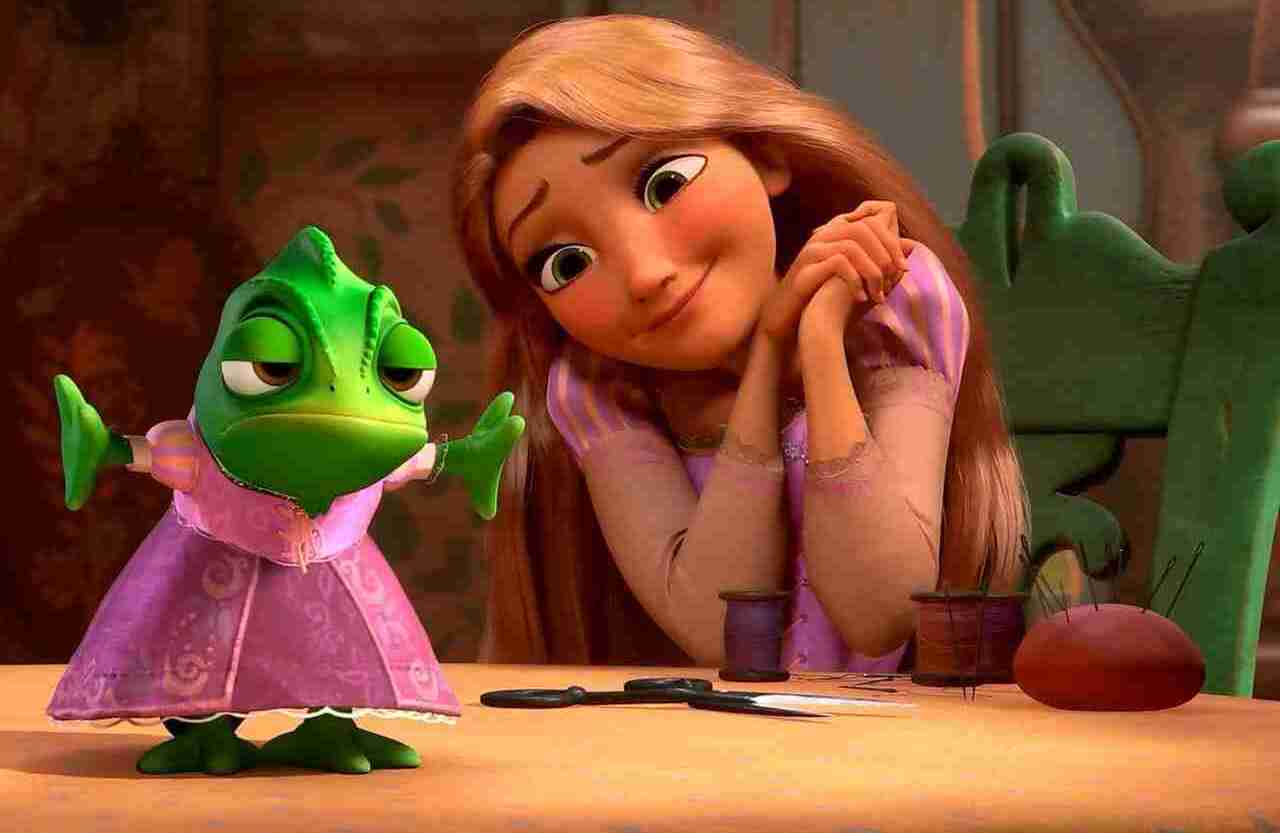 Whether you have kids or are still a kid at heart, you’ll love Disney’s animation film “Tangled.” Released in 2010 and inspired by the fairy tale by the Grimm brothers, “Tangled” follows Rapunzel, a teenage princess with extremely long hair who was kept captive in a tower for years. Seeking freedom desperately, she strikes a deal with Flynn Rider, the kingdom’s most-wanted bandit.

If you’re looking for a fun movie that will help you spice up your conversations with feisty, witty cues, this is the right movie for you. You’ll learn lots of inspired expressions and plenty of adverbs along with numerous useful opinion verbs, used by our charmingly opinionated main characters.

How to Learn Korean with Dubbed Movies

This is also the case in countries like the Netherlands and Israel. It helps Korean natives practice their English listening comprehension skills, so most adult Koreans have no issue with casually catching a subtitled movie. However, movies for children are much more frequently dubbed. It’s a great strategy to opt for animations, Disney movies and cartoons when looking for good dubs.

Just be sure to be productive when it’s time to learn. It’s all right to devote your first viewing to entertainment and understanding the plot, but it’s important that you make an effort when you watch the movie again. Take notes, replay difficult scenes and try to say long or complex sentences out loud in Korean. You’ll get lots of speaking practice this way!

If you’re not already watching dubs, odds are that you don’t know where to look. The Internet is filled with fun, engaging content dubbed in the Korean language. Now it’s up to you to discover the perfect dubbed movies.

The key to finding the right dubbed movie is executing a proper online search.

One strategy is to type out the title of the movie you’d like to find in Hangul.

If you don’t know the movie’s Korean title, simply head to Naver Movies. Use the search bar located on the right-hand side of the page and type out the movie title in English. Results will pop up in Korean. Simply copy and paste the Korean title into a search bar, followed by 우리말더빙 (Korean dubbing).

However, the best strategy is to only type 우리말더빙 into the search bar and see what results come up. Since few foreign movies are actually dubbed in Korean, this is a great fallback option. If you’re not sure whether or not your chosen movie is dubbed in Korean, your best bet is to browse movies that certainly are.

When narrowing down search results, be sure to differentiate 우리말더빙 from 한글자막 (Hangul subtitles)—the latter means that you’ll find foreign movies with their native language audio and Korean subtitles.

Unless you can ask a Korean friend to share their login information, your best best is to scout your dubbed films on registration-free streaming sites.

That’s because foreigners can’t pay for Korean VOD or pay-per-view sites such as Naver or OnDemandKorea. These sites all require that you register for an account using a valid Korean Social Security Number—although OnDemandKorea chooses five movies to stream freely every month!

But don’t despair, there’s plenty to keep you busy on Korean streaming sites and those from other parts of the world, such as YouTube, Dailymotion Korea and Viki.

Watching and learning these movies holds no secret for you now.

We’re convinced that you’re going to love watching your favorite films in Korean, and that you’ll make tremendous progress in no time!