The Importance of “Stare” in Italian and Its Many Uses

We do a lot more “staying” than you’d think.

The point is, on the surface, knowing how to use the verb “stay” might not seem particularly useful compared to more common ones like “to be” or “to go.”

But believe it or not, it’s incredibly useful in every aspect of a language. From everyday conversation to reading a book, you’ll run into this verb and its conjugations quite a bit in Italian.

Going even beyond the basics, Italian uses stare (to stay) in some pretty unique ways—ways that you may not even think of when you’re not a native speaker.

Figuring out this one little verb can expand your ability to express yourself and talk to others in Italian.

This post will introduce you to the vital basics of how to use this verb and even how to conjugate a few tenses.

So, settle in and stay tuned. (See? It’s everywhere.)

Sit, Stay, Exist! Using “Stare” in Italian to Express States of Being

A Bit About the Verb Stare

The direct translation of stare is “to stay,” as in to physically remain someplace. That definition is similar to the the English version, but it comes with another meaning on top of that. Stare can also connote status and feeling (we’ll get to this in more detail later on).

You might recognize it from one of the most common phrases in the Italian language: “Come stai?” or the more formal “Come sta?” Both of these phrases use stare to ask the question “How are you?” but the direct translation of the phrase is “How are you staying?” This is our first example of how the verb can indicate states of being instead of just literally staying in place.

Something else that’s important to remember is that stare is an irregular verb. This means that it follows a non-standard conjugation pattern, and you can’t just plug in verb conjugations that you see in regular verbs like leggere (to read). For other examples, you can check out other common irregular verbs such as essere (to be) and fare (to do).

This also works in reverse, meaning that you shouldn’t apply the conjugation of stare to other verbs expecting that they’ll be accurate.

Now that you know some of the facts, let’s work on actually using the verb.

While stare looks exactly like the English word “stare” (as in, “to look at something intently”), they don’t sound alike. The verb is pronounced “stah-ray,” with its conjugated forms containing that same short a sound. There are no accent marks needed in its infinitive form to get the pronunciation across, so just focus on polishing the simple, two-syllable setup that this verb has.

As there are multiple applications for using the verb and lots of situations where it can come up, it helps to see how native speakers use it. When reading Italian literature, watching Italian media or just listening to conversations between native speakers, try to take notice of when this verb comes up and how it’s used.

It can be a little difficult to get a handle on words with multiple meanings when you’re learning another language. Just remember that context is key. Paying attention to when and how this verb is used by people who know the language well can make a big difference. Try to pick it out in common phrases like “How are you?” and notice the way it fits into a sentence.

There are plenty of other important ways in which stare finds its way into the average Italian conversation. It can be used to indicate a person’s appearance, as a necessary verb in the present progressive (presente progressivo) tense and for ordering someone to be or act a certain way.

As we said in the section before, stare is used to convey someone’s state of being almost as much, if not more than it’s used to show someone remaining in place. You can use stare to show how you’re feeling both emotionally and physically, as well as speak about how others are.

It’s time to get into this particular usage in a little more detail.

Use Stare to Talk About States of Being

Here are some examples of phrases that you might use to answer that question, shown in dialogue format.

Did you notice the two responses that contained the word stare? These dialogues both used the conjugation sto, which means “I stay” when literally translated. In these contexts, however, where a person is saying how they’re doing, it’s used to express feelings or health.

It helps to think of stare as a way to declare your “status.” One of the Italian words for status, stato, even doubles as one of the conjugations for the verb (specifically, in the past perfect tense).

Use Stare to Indicate Location

Now, of course, it’s important to remember that stare can be used in a literal sense, to tell where a person is physically staying. This is pretty straightforward: Just use the verb to indicate where a person might be staying or living at a particular moment.

Here are some sample sentences for that context:

Tu stai a Milano stasera? (You’re in Milan this evening?)

There are a number of other ways to use stare.

You can use stare as a command. In use, you’re instructing or telling someone to be a certain way—to take on a specific state, as it were.

Here are some examples of how that might look in practice:

Now, let’s say you want to instead use stare in the present progressive tense. This tense is used rather specifically, to indicate something that’s happening in the moment. This doesn’t get a lot of use in Italian, but it’s one of the major uses of stare.

In this tense, you use stare in conjunction with whatever the person is doing to show that it’s being done at that very moment. When conjugating, stare is simply rendered in present tense with the additional verb conjugated to the present progressive tense.

In short, to use this correctly, all you have to know about stare is how to conjugate it in present tense.

To see this in practice, let’s look at some examples:

Remember that this present tense specifically means you (or the person being referred to) are in the process doing this action at the moment it’s being said.

Finally, you can use stare to express to how things appear. This is pretty straightforward: in context, stare says how something looks to a speaker. Here are some examples of this in practice:

Now that we’ve covered the variety of ways you can use this verb, let’s look at some finer details.

Stare can be used to show a number of different things, mostly involving a person’s situation or state of being. A notable difference here is when talking about certain feelings or states, which requires the use of the verb avere (to have), instead.

For example, when you’re hungry or thirsty, you say:

This might seem familiar to you if you speak other languages like German or Spanish, which use similar phrases like Ich habe Hunger or Tengo sed, all of which also have the same literal translations as the examples above.

It helps to pay attention again to context and notice which terms are used when. While avere is only used for hunger and thirst to indicate a state of being, you might run into a little more confusion with essere (to be).

The verbs you’ll run into the most often when talking about states of being are avere, stare and essere (to be). Here are some quick sample sentences to get an idea of where you might use stare.

This might feel like splitting hairs. The good news is that for many things, these verbs are interchangeable. For example, when indicating a location, either essere or stare will do the trick.

In terms of status, stare is more often used for broader states of being rather than specific feelings (sto bene, sto male, etc). This goes back to what we said before about status versus being. When it comes to your more detailed emotions, essere is usually the way to go.

For example, you’d use stare to say that you’re in a state of being ill (Sto male — I am sick) and essere to explain how that makes you feel (Sono triste — I am sad).

Italian has plenty of different tenses and verb conjugations. This post isn’t going to include all of them for stare, but it’ll cover a useful handful of forms that the verb can take. These pop up quite a bit in a typical Italian conversation, so be on the lookout.

Also, take careful note of the difference in usage between singular and plural pronouns. The use of stato versus stata and stati versus state depends on subject gender. 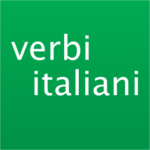 For a full list of conjugations of stare, visit verbi-italiani.info.

Now that you’re armed with the basics, it’s time for you to go out and use, read and say stare and its particularly useful conjugations.

You can say a lot with this nifty little verb and this post only scratches the surface, so dig deep into your Italian media and conversations to see firsthand how it works in practice.