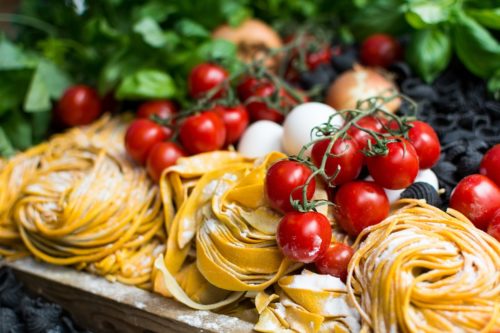 150+ Italian Nouns for Beginners: An Essential List and Grammar Guide

I’m about to say something fascinating, so pay attention. Are you ready? Here it comes:

What, aren’t you fascinated?

Okay, the concept of nouns may seem pretty boring on its surface. But nouns themselves? They can represent beautiful things. Delicious things. Fantastic things! Things you’ll want to talk at length about with Italian friends and acquaintances.

Think about a perfectly-cooked pasta, or a fresh-picked tomato, or a birthday party. If you want to talk about any of those things, you’ll need to know your nouns.

If nouns are the names of people, places or things, what “people, places and things” are most important and relevant to Italians?

You’ll see the nouns that could easily crop up in your conversations with native speakers or appear on a written page. Take note, beginning learners: familiarizing yourself with the nouns presented here will give you a leg up in acquiring the language.

But before that, allow me to just briefly speed through some of the very basic grammar rules you need to learn when dealing with nouns: how to spot noun genders, how to form the plural of nouns and when to use the different definite and indefinite articles.

How to Spot Italian Noun Genders

Nouns (i nomi) are names of people, places or things. Unlike in the English language, Italian nouns have genders. They can either be masculine or feminine.

Now, don’t get your nose out of joint over this one. Grammatical “gender” is really just a way of classifying nouns. And by following some simple rules, you can learn to classify the great majority of Italian nouns.

Italian nouns almost always end with a vowel. (Those that don’t are most probably foreign in origin.) In order to know the gender of a noun, you only have to check its ending.

1. Nouns that end in “o” are generally masculine.

Words like libro (book), albero (tree) and tavolo (table) and are all masculine.

2. Nouns that end in “a” are generally feminine.

Some nouns that end in “a” can be masculine, like: tema (theme), programma (program) and clima (climate).

On the other hand, there are also nouns that end in “o” that are feminine. Mano (hand) and radio (radio) belong to this group.

Words like foto (photograph) and moto (motorbike) seem like they’re masculine at first glance, but they’re actually feminine because their long forms, fotografia and motocicletta, both end in “a.”

4. Nouns that end in “e” can either be masculine or feminine.

Colore (color), giornale (newspaper) and mare (sea) are masculine. On the other hand, words like televisione (television), luce (light) and notte (night) are feminine. Familiarity with the words is key here. There isn’t really any way to learn the genders of these nouns except by immersing yourself in the language and eventually memorizing which word goes with which article.

How to Form Plural Italian Nouns

Nouns, because they refer to people, places and things, have a number. So we need to learn how to form their plurals. In English, we either add “s” or “es” at the end of the word. In Italian, we have comparable rules to follow:

There are, again, exceptions to these rules—like the masculine dito (finger) which pluralizes into dita (instead of diti). Continuous exposure to the language really helps. English beginners often initially mistake “wifes” as the plural of “wife” or “gooses” as the plural of “goose.” But with enough exposure, these errors slowly get weeded out. The important thing is to get solid on the basics, so that when the exceptions do come, you’ll be able to recognize them as exceptions and file them away in your memory.

How to Use Italian Articles

We’ve slowly built Italian nouns—from knowing their gender, to learning about their plural forms. Knowing those two, we can finally tag their appropriate articles.

Definite articles are the equivalent of the English “the.” Depending on number and gender, there are eight ways to say “the” in Italian.

1. Use il for singular masculine nouns:

2. Use l’ for singular masculine nouns that begin with a vowel:

i libri (the books)

i tavoli (the tables)

5. Use gli as the plural equivalent of the “lo” nouns:

Phew! Still with me? We’re halfway there.

1. Use la for singular feminine nouns that begin with a consonant:

2. Use l’ for singular feminine nouns that begin with a vowel:

3. Use le for plural feminine nouns:

English has two: “a” and “an.” There are three indefinite articles in Italian. They are:

Una: used for singular feminine nouns. (If the noun starts with a vowel, the “a” in una is dropped.)

Okay, we’ve quickly gone through a mouthful of grammar. Now, let’s get started learning the nouns that every Italian language student should know. 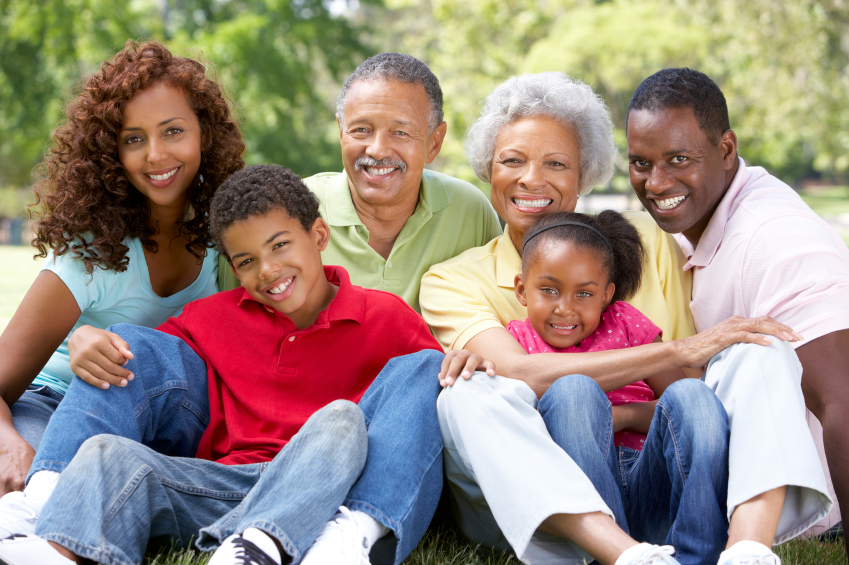 You don’t have to watch all nine hours of “The Godfather” trilogy before you understand that family is central to the Italian character and culture. Italian families are tight-knit. And it doesn’t matter if you’re 40, your parents and grandparents will always hold sway in the decisions that you make. You’ll easily find households with three generations living under one roof.

So when you talk to a native speaker and want to know more about him or her, soon enough you’ll hear the person talk about his or her family. Here are some of the members of the extended family:

You might be wondering why we’re including animals here. Well, Italians love keeping pets and they care for them like members of the family. And according to Statista, fish, birds, cats and dogs are the four most popular pets in Italy. So be ready when your native speaker friend whips out his mobile phone and regales you with stories and pictures of his dog “Bella.” 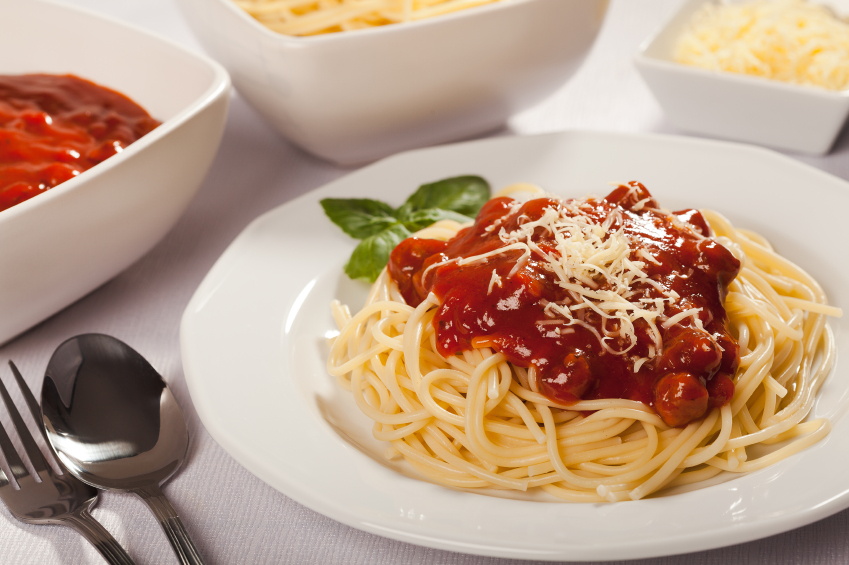 All cultures love to eat. But in Italy, food is an obsession. Food is elevated to a religion. Recipes are part of a family’s history. Food is personal, and dishes, ingredients and cooking techniques are deeply held secrets and are part of the family heritage. The veneration for culinary traditions is well-founded. Open your mouth, and that first bite of risotto will make a believer out of you.

Here are food-related nouns you should know: 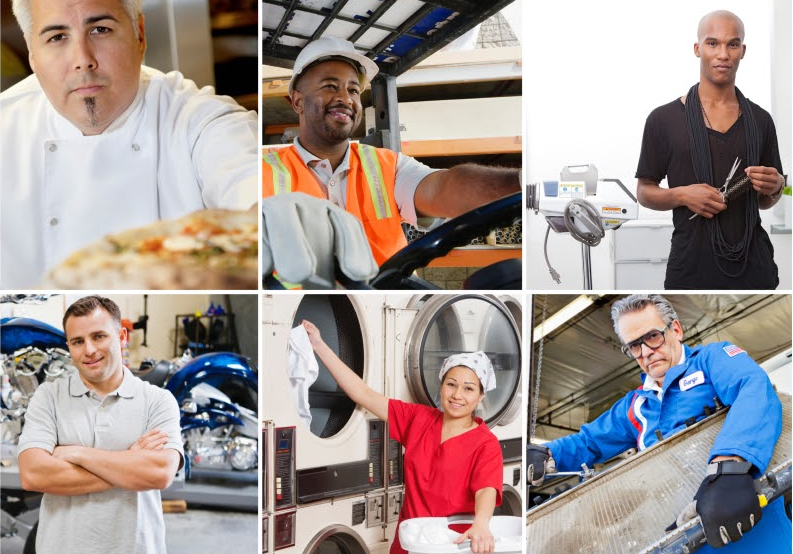 It’s right there written on the very first line of the very first Article of the Italian Constitution: Italy is a Democratic Republic, founded on work.

Italians are a hardworking bunch. The economy may go high or low, but the Italians will be working as hard as ever.

Here are some nouns related to work titles and designations. You’ll notice that some nouns have a masculine form and a feminine form, depending on whether the person referred to is male or female. For other nouns, you have the same form for both male and female. 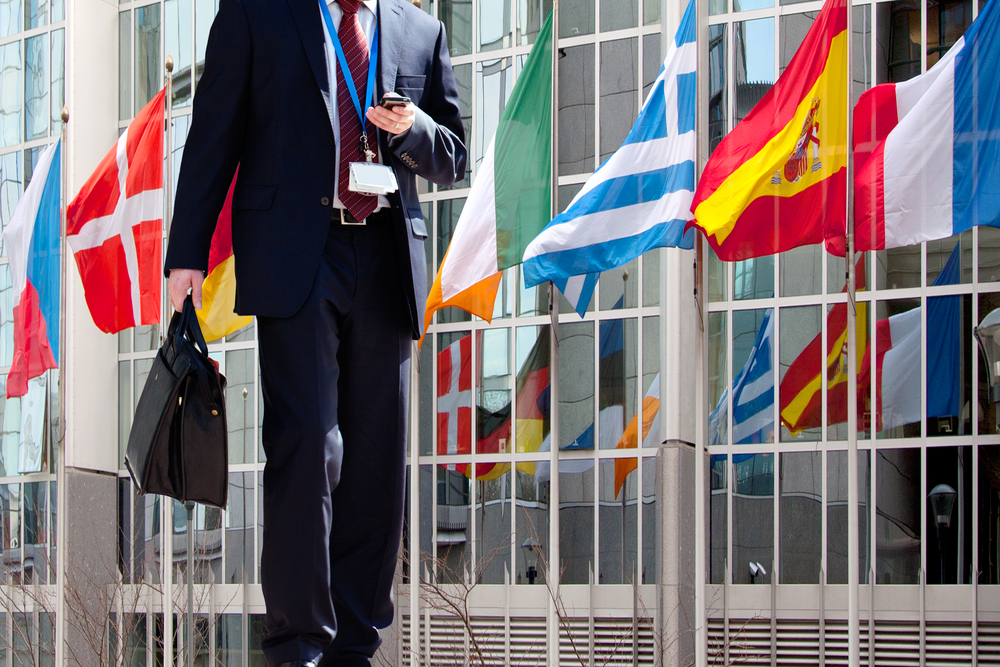 Find a gaggle of people in the piazza (town square) and before long, politics will be the topic of conversation. Italians love talking about politics and their government. Italy’s political scene has been experiencing a meaningful shift these days. You’ll notice that their parliament is getting younger, more diverse and more equitable in terms of women being voted into positions of power.

Here are some nouns you might want if you plan to embroil yourself in conversations about Italian politics: 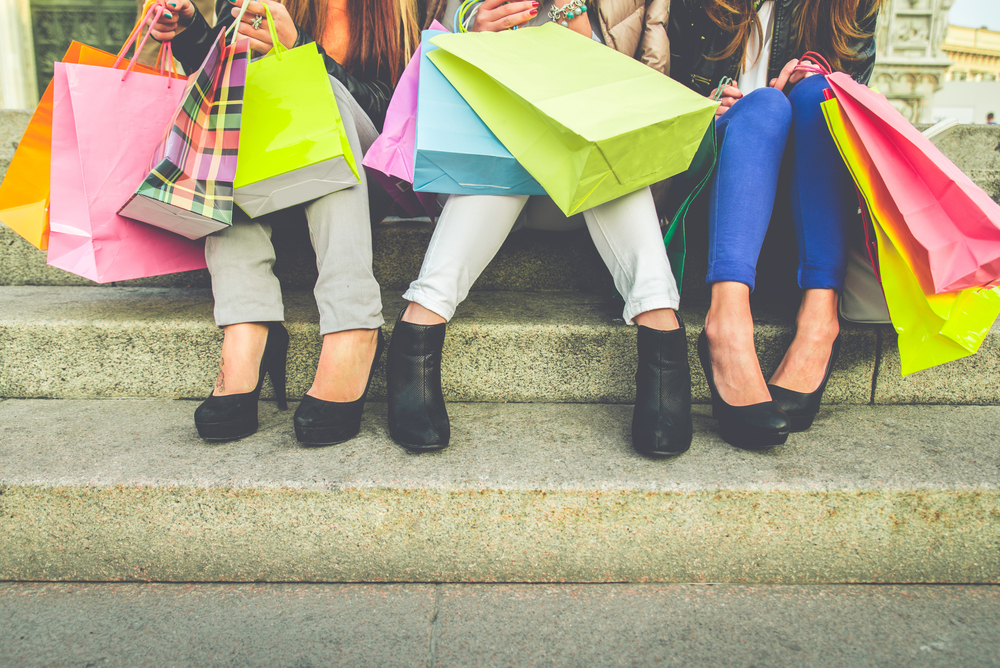 Gucci, Valentino, Versace, Fendi and Armani…no, that’s not a nursery rhyme or a class roll. Italy houses the international headquarters of the most famous fashion brands in the world. Italians, both men and women, know their fashion.

And if you happen to be in the country and are hardcore shopping, it pays to have these nouns in your pocket: 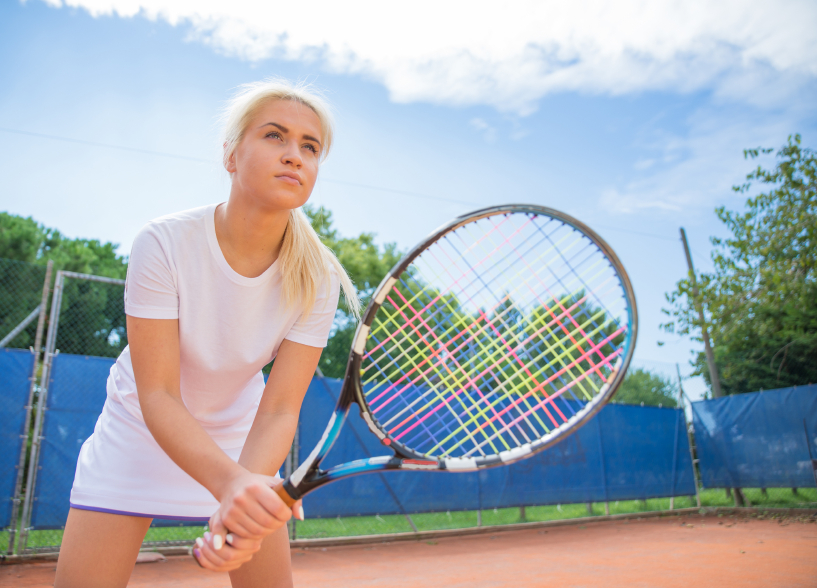 Italians know how to work…and play. And they love talking about their hobbies and passions. Included here are some nouns related to the most common sports and hobbies Italians love: 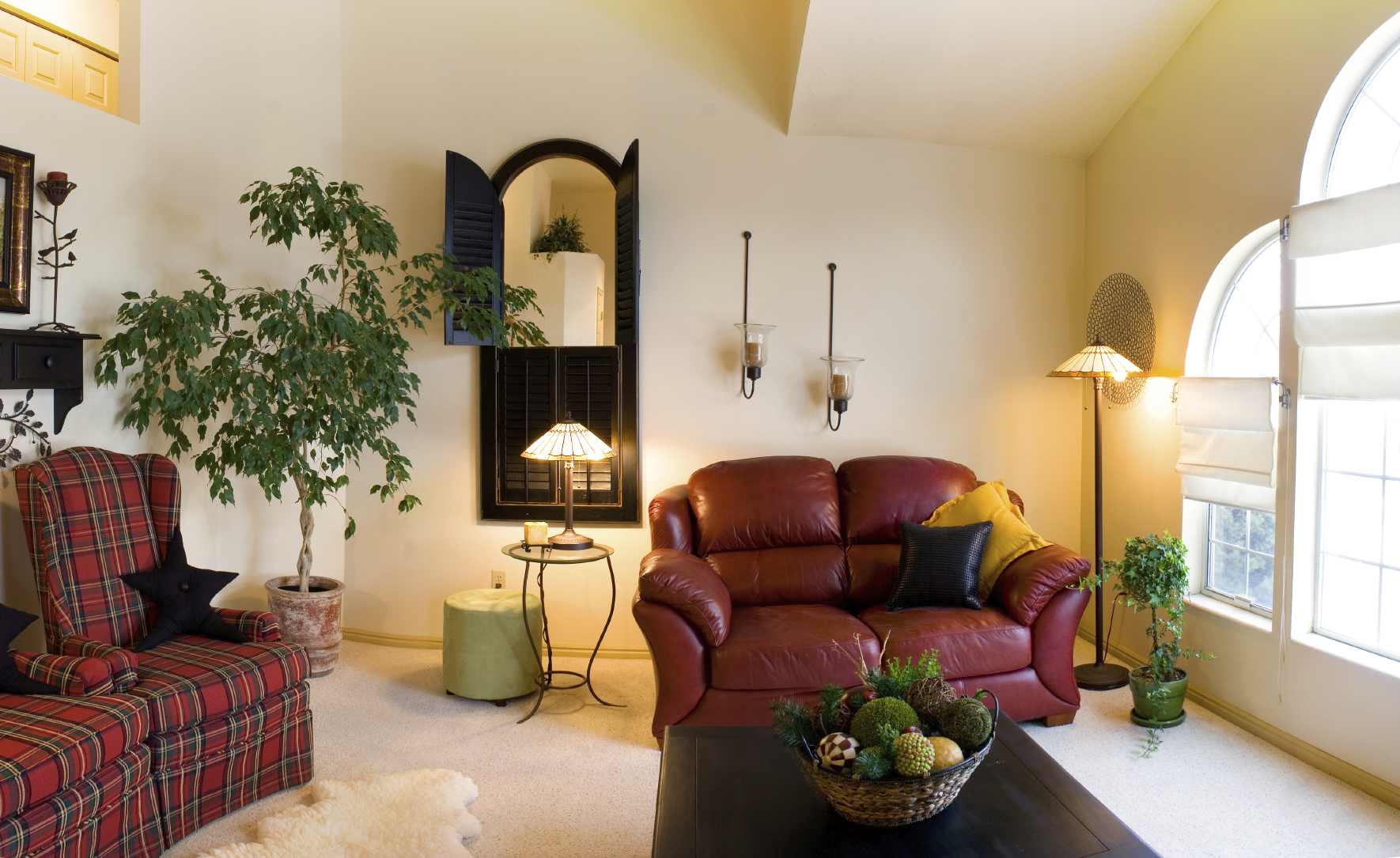 Going through life, whether at home or in the office, you come across objects that you always see or use. It pays to have these Italian nouns in memory so you can communicate about them and tell your native speaker friend that you need a new bar of sapone (soap):

Things Around the House

And that concludes our list for today. You’ll see that we’ve really just skimmed the surface of Italian nouns, and we can’t possibly anticipate all of them. But hopefully, this has been a strong start and a robust addition to your treasure chest of Italian vocabulary.

I wish you all the best in your Italian language-learning journey. See you later—ciao! 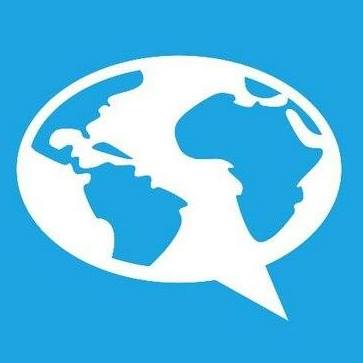 FluentU is an immersive language-learning platform that transforms authentic Italian content—such as movie trailers, how-to videos, commercials and news from around the world—into dynamic and interactive language-learning experiences. Since each video features native Italian speakers, you’ll learn Italian as it’s really spoken outside the classroom.

Each FluentU video comes equipped with interactive subtitles in English and Italian, so you can follow along as you learn. You’ll also find customizable flashcard decks, vocabulary lists, video transcripts and comprehension quizzes. The best part? FluentU tracks your progress as you learn, curating new content for you based on the areas where you need improvement.

If you’re interested in improving your ability to communicate in Italian—and being entertained at the same time—sign up for a free FluentU trial today.

To Be (And) Not to Be: Learning the Italian Verb Essere
Direct Object Pronouns in Italian: A Complete Guide to These Important Little Words