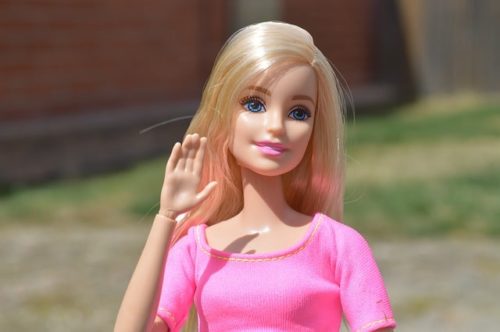 In Italian, the magic word is just a simple “hello.”

Saying “hello” is the easiest way to learn new things.

Just think of all the opportunities one conversation can provide when it comes to practicing Italian.

“Hello” is the first word of any chance encounter, conversation, business meeting or restaurant order.

I mean, you can’t talk to someone if you can’t even greet them.

And there’s no better way to learn a language than to interact with the people who speak it.

Sure, saying “hi” is as easy as a wave and a smile—but to start a conversation the right way, it’s important to know what to say and when.

The funny thing about learning Italian is the big part that culture plays.

Italian culture is definitely unique, and its littlest greetings can have a whole lot of meaning.

You have to choose which one to use wisely.

The well-known greeting “ciao” will do, but that’s not the be-all, end-all of Italian greetings—not by a long shot.

A warm, appropriate introduction can make all the difference when chatting in Italian, especially when you’re focusing on what’s formal versus what’s casual. Being mindful of these important differences shows respect for the person you’re talking to.

Connotation and context are important in any language, especially if you’re going to be speaking in a country where the native tongue isn’t the same as yours. This guide will give you a rundown of what to say when, where and why, whether you’re meeting an important guest for dinner in Milan or greeting your neighbor in the morning.

8 Friendly Italian Greetings and How to Use Them

The best way to learn the greetings below is by listening to authentic speech. If you can’t travel to Italy to practice saying hello, bring Italy to you instead with FluentU.

FluentU takes real-world videos—like music videos, movie trailers, news and inspiring talks—and turns them into personalized language learning lessons. It’s an entertaining way to immerse yourself in Italian the way native speakers really use it, while actively building your vocabulary.

It looks simple. It seems effective. It should do the job, doubling as both “hello” and goodbye,” and you’re probably already familiar with it…sort of. Its origins are actually found in the Venetian dialect: scia’o vostro (I am your slave).

When used in vèneto, this turn of phrase typically had the connotation of “I’m here if you need me!”

Across Italy as a whole, the way the phrase is looked at tends to differ.

Ciao is primarily considered highly informal, and the reason for this lies in its origins and the historical meaning that comes with it.

In everyday conversation, it’s often used among people who are already close. If you’re in Italy and conversing with a native speaker, don’t consider it the go-to greeting. It’s a misconception to think that everyone uses it all the time.

Above all, avoid using it in polite company and never use it with strangers. Due to the level of informality, you won’t want to use this in situations that require any kind of formality. There are plenty of better terms at your disposal, and ones that require less guesswork for someone who’s not a native speaker.

Salve is a good choice for when you don’t know where you stand in a conversation, and it’s considered a solid alternative to ciao.

Italian, like many languages, has strong notions of “formal” and “informal” that go back to cultural standards. Salve, however, is interesting in that it can be considered both polite and informal, depending on the context of the conversation in which it’s being used.

It ought to be said, however, that it does tend to lean towards the formal side of things, so don’t be surprised if someone you’ve known for years doesn’t use it with you.

It’s a good standby for when you’re dealing with a conversation where you’re just not sure, at any time of the day.

This is another one that many non-Italian speakers might be familiar with.

It’s a pretty useful little phrase as far as greetings go. Literally translated, it means “good day.” Buongiorno is a pretty standard way of saying “good morning” and greeting people until the early hours of the afternoon. It tends to run a bit on the formal side, but it shouldn’t be a problem if you use this with anyone you already know.

It also doubles as a catch-all way of saying “hello,” but only in the morning and early afternoon.

These next terms tend to be a little less familiar to English speakers but aren’t too unlike their partner buongiorno.

Buon pommerigio is a standard way of saying “good afternoon” once it starts to get well past the morning.

Buonasera literally translates to “good evening” and that’s exactly what it means. When work lets out, students head home and the afternoon riposo has passed for the day, it doesn’t hurt to transition into this phrase when greeting people.

As it gets later into the night, on the other hand, you might want to switch to buonanotte—literally, “good night.”

Regardless of the details, this one and the last two tend to be good choices for anytime past the late afternoon and double up in many of the same ways that buongiorno does.

Most importantly of all, they function as a solid “hello.” Again, like buongiorno, these terms tend to all lean towards formal conversation. They’re good go-to greetings if you want to come off as polite.

It can sometimes be a little tough to tell exactly which one is appropriate, given that time of day is such a big factor. Don’t be afraid to go off of what the people around you are using, especially when you want to blend in with native speakers. Context matters!

As in most languages, introductions in Italian go beyond just “hello” and “goodbye.” There have to be other ways to greet someone. Using one of these phrases above is a good way to get into a friendly conversation since they both mean “how are you doing?”

The phrases themselves aren’t particularly different in terms of connotation. The literal translation is where the divide is. Come va? comes out to “How’s it going?” while Come stai? translates as “How are you?”

There’s not much that sets them apart, and they’re both generally considered to be informal phrases. Don’t be afraid to use them with friends!

Just note that, when using these phrases, you’re inviting a variety of potential answers. Be sure to brush up your vocabulary on things such as moods and feelings before using this one, or you might end up lost in a conversation that only just started!

If you want to be a bit more respectful in a conversation, using Come sta? makes the phrase sound a bit more formal. Stai comes from the conjugation of stare (to stay) that’s used for tu, the informal Italian “you.” Sta is the more formal conjugation. This simple tweak can make a big difference in how you come off to your conversational partner, depending on the tone you’re trying to fit.

You can find out a lot about a person just from how they greet you, especially in a language where your introductions and manners tend to go hand-in-hand.

When having a chat in Italian, make sure you’re considerate of who you’re talking to and the time and place where you’re speaking.

The right little “hello” can make a big difference!


If you liked this post, something tells me that you'll love FluentU, the best way to learn Italian with real-world videos.

Learn These Italian Travel Phrases for a Raucous Adventure in the Country
Italian Stallion: 5 Ways to Rein In and Tame Your Conversational Italian