Are you one of the lucky 28 million?

That’s the number of subscribers Hulu is said to have as of 2019.

If you’re a Hulu subscriber and an Italian language learner, that’s even better!

You’re about to discover four Italian movies on Hulu that’ll give you an insider glimpse of Italian culture, history and, of course, language—slang included.

But before that, let me give you your bonus upfront. As a language learner, you’d probably want to know about “active watching.” Yes, this is the key to learning any language through movies and it’s very different from what most movie viewers do, which is passive watching.

Let me briefly tell you what it’s all about. Then, we’ll dive head-first into Hulu’s excellent Italian movie offerings.

How to Learn with Hulu’s Italian Movies: The 3 R’s of Active Watching

You might know through experience that simply watching a movie many times (a.k.a. “passive watching”) won’t bring you any closer to learning a new language. You need to do something more.

Here are three ways to engage in active watching and pick up Italian from your favorite actors.

It’s often been said that “repetition is the mother of skill.”

Learning Italian is no different. This means going over those movies again and again until you know the lines by heart.

But don’t just plop yourself on the sofa and watch something 50 times. That’ll get you nowhere, fast. Active watching is conscious and deliberate. It’s more like what German dancer Pina Bausch described: “Repetition is not repetition… The same action makes you feel something completely different by the end.”

So, let’s assume you’ve seen the film once (or twice) and enjoyed the story and twists at the end. What next?

Pick a scene and watch it over and over. Listen as the Italian language gives up its secrets.

Play around with the subtitles. Watch it with English subs and then with Italian subs. Then, turn the subtitles off completely and dare to listen without a crutch.

Expectedly, you won’t get anything useful the first few times, what with the blinding speed the actors talk.

But notice that when you watch something several times, each time, aspects you’ve been oblivious to before suddenly become apparent. Maybe by the 10th time you run through the same scene, really milking it, you’ll get to hear more of the tonality of the dialogue. Or maybe by the 50th time, the cadence and the delivery will take on a new level of clarity.

These things, which native Italian speakers simply take for granted, are the very things Italian language learners need to train for.

So do it! Study the movie scene-by-scene and milk it for all its worth.

Actually get up. Speak and gesture along with the actors. If you want, you can smash the “Pause” or “Rewind” buttons and throw the lines to an imaginary partner as many times as you can.

Give yourself numerous opportunities to deliver the words. Try acting the lines out. Use the context provided by the movie. Imagine yourself being in the scene and bring out your inner Al Pacino.

A quick disclaimer: It’d be best to do this bit in the privacy of your own room. No, you’re not doing anything crazy. In fact, you’re doing something really phenomenal. But it’ll look a little bit cuckoo for others who have no idea what your end goals are. So spare them the viral video and do the role-playing thing in private.

The third “R” really cements what you’ve learned and it’s all about getting things written down.

There’s just something about writing things that helps the memory. Study after study points to the efficacy of writing for learning. The mechanics of really holding a pen and scribbling notes make the thing that you’re writing about more accessible to the memory.

This is besides the fact that by jotting things down, you actually have a visible record of the things that you’ve learned.

What should you write? (Everything!)

Write a list of vocabulary words, phrases or lines and their translations. Make a note of where in the movie the phrases appear. You’re confused about something? Write that down and remind yourself to research the topic later. Write a summary of the movie or the scene you just watched (in Italian!).

Get yourself in the habit of writing things down and you’ll be surprised by its impact on your Italian.

4 Italian Movies on Hulu Every Learner Needs to Watch

Now, onto those Italian movies!

“Under the Tuscan Sun” 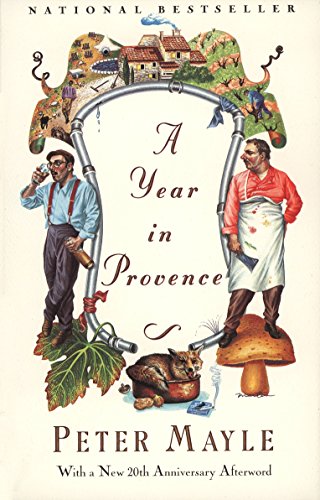 Speaking of Italian culture, you’ll get a lot of that in “Under the Tuscan Sun.” It’s the charming story of the recently-divorced Frances who buys an old Italian villa on a whim. And by “on a whim,” I mean a herd of sheep block the road for the tourist bus she’s on, she glances to the right, sees the dilapidated villa and decides then-and-there to buy it.

This movie is the Italian version of Peter Mayle’s “A Year in Provence” and features heartwarming scenes of the Italian countryside, the Amalfi coast, a flag throwing festival and a bountiful olive harvest.

The film is perfect for beginners or those who haven’t completely committed to learning the Italian language yet. It’ll get your feet wet and, in a way, make you fall in love not only with the characters but with the Italian love of life.

Like the first film on our list, the language in this one isn’t overwhelming at all. You’ll get simple phrases and sentences for practical use on your next vacay. And hey, if you want to see the lovestruck Diane Lane roll on the side of a hill, running after a handsome Italian stallion, then this’ll make your Hulu subscription so worth it.

“A Ciambra” (The Ciambra)

“A Ciambra” is the gritty coming of age story of Pio—a chain-smoking 14-year old living in a Romani community in Calabria, Southern Italy. The film takes off where director Jonas Carpignano’s “Mediterranea”—a movie about two men’s immigrant journey from North Africa to Southern Italy—ended.

The young Pio is desperately trying to cultivate the image of a grown-up—going out with bad company and getting into all sorts of petty crimes. When his brother and father are suddenly arrested, things reach a whole new level of mess as he’s tossed into a “breadwinner” position which leads him to make some tough, damning decisions.

The movie isn’t your typical Hollywood fare, casting non-professional actors and pointing the camera at the realities of the Italian outcast community.

Language learners can pick up plenty of slang, cussing and informal forms of the language. Politeness goes out the window and it’s as real as it gets in that part of town. This Martin Scorsese-produced pic will broaden your perception of humanity, toughen your exterior and hone your linguistic chops.

“Vincere” is a film based on the life of Benito Mussolini’s first wife, Ida Dalser.

Here, Mussolini isn’t portrayed as that plump dictator who played second fiddle to Hitler but as a ruthless leader through the eyes of his first wife, who’d soon see her world turned upside down.

The year is 1907. Ida gets her first glimpse of the young and fiery orator Benito Mussolini and begins the lifelong obsession with and fealty to the man destined to lord over Italy for over 20 years. Theirs is a love story that begins as most do, with a torrid passion that brings forth a son.

Then World War I starts and Mussolini has to leave and fight. The man is lost in the fog of war and when he reappears, he now has a new wife and young daughter.

Ida desperately tries to return to her rightful place as Mussolini’s wife. She does every bit she can to bring back the past… but to no avail. The movie ends tragically with her dying in a mental asylum, far from the arms of the man to whom she swore unconditional devotion.

The film, ideal for intermediate language students, is a visual treat for those wanting a peek at the Italian scene from around the 1920s to the 40s. The milieu is rich in historical events and movements.

Language learners will get to hear not only the expressions and phrases that animated the day but also the political rhetoric that helped shaped a nation.

After a tragic accident leaves Alfredo blind, Salvatore takes the reins of the projection booth and continues his cinematic love affair. But in true friend fashion, the old projectionist eventually advises Salvatore to leave their town of Giancaldo and chase after his dreams of becoming a movie director, never looking back.

Does Salvatore actually make it as a director? Watch for yourself to find out!

The film tackles the perfect trio of themes: friendship, love and dreams. Language learners will pick up a lot of good quotes and lines from other Italian classics, which are packaged as life advice by the projectionist Alfredo.

This is one of those Italian movies you simply can’t miss.

Speaking of missing out on things, you’ll have to get a hold of these Italian movies while they’re still available on Hulu. The streaming scene has seen movies come and go out of the Hulu ecosystem. So while they’re there, at least at the moment of this writing, grab the chance to see them.

But as always, we’ve got you covered. If you miss your chance to watch these Italian movies on Hulu, or if you want more flicks to sink your teeth into, check out some more essential movies and further fun flicks for Italian learners.

All that said, I wish you all the luck… and happy watching!