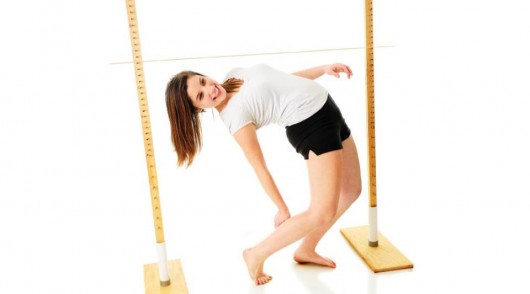 What’s an Affective Filter and How Does It Affect English Language Learning? Here’s the Lowdown.

Think of the affective filter like one of our favorite party games: limbo!

How low can you go? The lower the filter, the higher the success!

If you are not already familiar with the concept of the affective filter, allow me to illustrate what it is.

Imagine you have recently moved to a new community where everything is unfamiliar.

You have left behind many of your close friends and family members.

The food is strange and a bit distasteful. You have no idea how to get around or where you need to be. Perhaps most daunting, you can’t understand a word that is being spoken by others around you. You try so hard to understand, but the harder you try, the more frustrated they seem to be. In fact, it seems as though sometimes they are, literally, yelling at you.

Many would say that the above situation could lead to the development of anxiety and insecurity. A basic human response might be to just shut down.

Conversely, imagine a scenario in which you are comfortable in the environment. Even if those around you don’t primarily communicate in your home language, considerations have been applied to make you feel more at ease. Voice tones are more positive, body language is warmer and there just seems to be an understanding that you are in the process of learning. This scenario may lead to you feeling more confident, curious and open to trying new things.

When we view the above circumstances in terms of the English language learner, it can be described as the heightening and lowering of the affective filter.

What Is the Affective Filter?

Affective filter is a term originally coined by linguist Stephen Krashen in the 1970s. It describes the invisible, psychological filter that either aids or deters the process of language acquisition.

When the filter is at an increased level, language development is deterred, almost as though a wall has been built around the learner to prevent the input or output of information. Some emotional responses that accompany the heightened filter might be stress, anxiety, boredom and lack of self-confidence.

When the filter is at a decreased level, the invisible wall has been lowered, allowing for more input and facilitating successful language acquisition. A low affective filter results in increased self-confidence and the desire to explore, learn and even take a few risks.

A high affective filter can hinder the development of language acquisition, as well as have an all around negative impact on the learner. The following factors are just a few elements that could contribute to a heightened affective filter:

Perhaps you have witnessed classroom interactions between ELL students and well-meaning educators (often reciting all material orally with few other supports), wherein you could seemingly read the student’s mind: “If I just sit here quietly, don’t draw any attention to myself and pretend I know what’s going on, she’ll leave me alone.”

All the while, they are staring into space with a slightly glazed look in their eyes. They are totally disengaged and totally bored. And why wouldn’t they be? They don’t understand a word that is being said and there have been no modifications made to aid them in understanding. Time to zone out and raise the filter.

Imagine that you’ve recently taken an interest in gardening. As a beginner, you’ve asked the sage advice of your mother-in-law, a master gardener. Instead of tasking you with planting a few patio pots, she suggests you begin by checking the loam and pH in the soil and then preparing herbaceous foliage by underplanting on the west side of the house. Okay…what? You’re done.

An ELL student faced with a developmentally inappropriate, multiple step task might have a similar reaction. For example, asking a student to start up a computer, access the internet and cite 12 sources might be a bit too much. Such tasks lead to feelings of being overwhelmed and inadequate. Why even try if I’m going to fail? Up goes the filter.

Nobody loves being corrected, but it’s just a part of life. If we are to grow and develop, we’ll have to face some constructive criticism along the way. The same is true for our ELL students. However, there are many considerations to be made when determining what to correct and how to correct it.

If someone corrected every word that came out of your mouth, you’d eventually stop talking. Decide if what you are correcting really needs to be corrected. Is it causing a major breakdown in communication? If not, let it go for now. Might it embarrass the student? If so, definitely let it go.

The mind of the foreign language learner may quickly jump to thoughts like: “But why? Why are you yelling at me? I don’t understand. You seem very frustrated. What did I do wrong? I can’t figure this out. Now your eyes are large and you’re moving your hands around! I still don’t understand the words, but I know that you are angry. It’s probably best I just shut you out and raise this filter a little more.” Meanwhile, that person was not angry—they were attempting to be more expressive and emotive to help the language learner communicate. Oops!

It should be the goal of the educator to provide an environment which facilitates the lowest levels of the affective filter.

When the filter is low, the learner is in an emotionally safe place. These feelings of safety lower the imaginary walls, promoting more successful language acquisition. Below are some components that have a positive effect on lowering the filter:

One of the first things we learn when embarking upon the journey of education is that there are several different learning styles. In order to reach every learner, you must explore all of the styles and the methods associated with each. This is never more important than when working with English language learners. Some may learn best through music, others do better with books and the written word.

It is our responsibility to know our students’ preferred styles and develop engaging lessons suited to them as individuals. It is always important to include visuals and realia, too. Providing visual and tangible examples of the topic at hand is one of the best ways to teach, not just the ELL student, but anybody who is trying to learn something. When reaching the student on their level and providing the right materials, you’ll see that “glazed over” look replaced with a spark of understanding and maybe even excitement!

When I was in high school I signed up for a local pottery class. I didn’t know the first thing about throwing pots when I walked through the door. Sculpting a recognizable pot on that wheel seemed an insurmountable task. On that first day all we did was wet the clay with a sponge. It was fun, easy and it felt interesting in my hands. Upon our next meeting we wet the clay with a sponge and then sculpted a small flat pot with our hands. After several weeks of successfully wetting clay and hand-sculpting cute pots, I was excited and confident—ready to move on to that not-so-intimidating wheel.

It is important to prepare lessons that make the learner feel successful. A lesson that would take a native speaker one day to complete could be broken into a few mini-lessons for the English language learner. For example, the ELL student might not be familiar with the vocabulary associated with using a microscope, making it difficult to jump right into the activity. A day could be spent exploring the microscope and some of the terms associated with it. No right or wrong answers, just an opportunity to explore and have a little fun. Down goes the filter with enjoyable and developmentally appropriate lessons.

“I living in a house yellow.” said Manuel. “That’s right Manuel. You do live in a yellow house. Tell me more about it.” replied Mrs. Carlson.

Good for you, Mrs. Carlson! Manuel made a few errors in the above statement. Did Mrs. Carlson point out each individual mistake, tell him why it was wrong and how to correct it? No. She took the time to evaluate Manuel’s errors, determine which was the most important to correct and the most appropriate way to do so. She simply rephrased Manuel’s statement in a grammatically correct manner and repeated it back to him. Manuel received the subtle and gentle correction. Next time, he may not reverse the adjective and the noun. Or he may, in which case Mrs. Carlson will model it again.

Accurate modeling of the language is a helpful, non-threatening and appropriate manner in which to handle error correction. It lets the student know that it’s okay to make a mistake. It’s okay to experiment with the language. It’s okay to keep trying. In fact, in your classroom making mistakes and learning from them is considered a positive and productive experience.

Remember that pottery class? Our teacher hummed often while he worked. He smiled a lot and wore a “Have a Nice Day!” t-shirt. His easy way put me at ease. If my pot collapsed, no big deal. Try again.

Make everything about you and the classroom environment an open and welcoming invitation to keep learning.

Jackie Hostetler has worked in the field of education and ESOL for 14 years. She earned her Masters in ESOL in 2010. Her passions also include early childhood education and language acquisition in our youngest learners. She is currently the director of an early learning center in Lawrence, KS, as well as the mother of two of her own little learners.