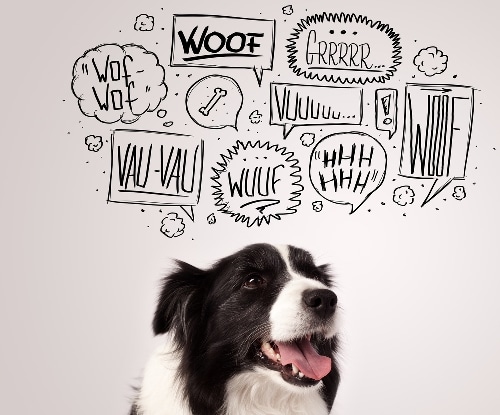 5 Unconventional Tips for Becoming a Polyglot

Becoming a polyglot is serious business…or, is it?

All over the world, you’ll find average, everyday people speaking 2 or more languages.

In the United States, we often think that polyglots, or those who speak multiple languages, beis long to a rare and remarkable species.

As an American myself, I was raised speaking English and only English.

I dabbled in a few years of Spanish and Italian classes in grade school and university, however it wasn’t nearly enough to bring me close to fluency. My situation is quite common for Americans.

While living in China’s Guangdong province, I witnessed just how mainstream polyglots are. In China, it isn’t uncommon for natives to speak four languages: Mandarin (their native tongue), their hometown dialect (based on their province), Cantonese and English. The Chinese school system requires students to study English in grade school and usually college. So, by their mid-twenties most Chinese people will have a solid English proficiency.

If you’re someone thinking of becoming a polyglot, here are some tips to use as you learn the languages that make our world go ’round.

5 Unconventional Tips for Becoming a Polyglot

This is perhaps one of the simplest and most effective ways to improve your reading skills in multiple languages. Rather than read a variety of books in a variety of languages, think of one book or book series you were quite familiar with growing up. This may be one you’ve already read several times in the past or one that was a staple to your childhood. There are some books that you can purchase with English on odd pages and a second language on even pages. That allows you to translate both languages line-by-line and easily decipher how sentences and grammar are structured. Alternatively, you could read a page in your target language and simply refer to the English side when you want to double-check your comprehension from time to time.

If you aren’t sure where to start, “Harry Potter” is a popular choice and all-time favorite because people are usually at least somewhat familiar with the storyline. If “Harry Potter” isn’t your cup of tea, try other novels or book series (i.e., “The Hunger Games,” “Twilight,” “Fifty Shades of Grey,” etc.) that use simple sentence structures and have a reading level of 8th grade or lower.

2. Use your “busy time” for studying

Becoming a polyglot requires extra effort. Duh! You’re in the big leagues now, so it’s going to take more than just your normal language learning routine to hone in on your multilingual skills. When you subtract the time you spend sleeping, eating, cooking, commuting, bathing, pooping and working, you aren’t left with much time to actually focus and study. Therefore, it’s important to incorporate language reminders into your busy time. Even though getting in an extra ten minutes of language study time at three various “busy times” a day may not seem like a worthwhile effort, it actually adds to 3.5 hours a week!

If you aren’t sure of your busy time, spend a day recording exactly how long you do each of your regular tasks. This can be incredibly revealing of the amount of time you spend doing specific things each day. We typically spend more time doing certain mundane and routine tasks than we realize (hence those moments where we say, “time flies”). Then, think about if and how you can include language studying into (or in-between) those chunks of time.

One idea is to listen to language dialogues or songs during your workout routine, while you cook, during your commute to work or while waiting for a meeting to begin at work. Not only will you be more productive over those 24 hours in general, but you’ll also be sure to accelerate the language learning process.

3. Host Couchsurfers from around the world

If you don’t have the means to immerse yourself in a new culture or travel to the country that speaks your desired language, bring the language to you! Hosting Couchsurfing guests from around the world is a free and effective way to practice your multiple language skills. If you aren’t familiar with the service, it’s an online community of over 9,000,000 users. You first create a profile as either a traveler or a host, filling out details about yourself and your interests. In this case, you’d start as a host.

You might think, “why would I ever let a stranger stay at my home?” Well, that’s a totally valid thought, but not one that should keep you from giving it a shot. Couchsurfing takes safety seriously, and all hosts are required to leave feedback for past guests. That way you ensure that you’re hosting someone responsible with a history of positive reviews.

Rather than hosting guests and having them speak your language, try communicating to them in theirs. Make sure to host guests from a variety of countries so that you’re exposing yourself to different languages. If you’re still beginning your journey in becoming a polyglot, it may be better to host guests of one language until you feel comfortable exposing yourself to an additional new language.

Think about it: if you’re thinking of picking up Italian and don’t have the money to invest in books or tutoring, you can easily host Italian tourists visiting your hometown. It’s a win for you, a win for the Couchsurfer and a win for the global community you’re enriching. Perfetto!

4. Use the Laddering Technique

When learning multiple languages, it can be tempting to, in your head, imagine the phrase you want to express in your native tongue and then translate it to your desired language. For example, if you’re an English speaker learning both Mandarin and Japanese, you first think of what you want to say in English before you mentally translate it to either Mandarin or Japanese. In this case, English is used as the base language for all other languages. Unfortunately, this ends up confusing the speaker, making it common to mix up and confuse languages.

This is where the Laddering Technique comes in! Laddering is a process of creating a mental hierarchy for your language translations. Imagine a ladder where the first rung is your native language, the second rung is your second language and so on. When translating something, only use the language of the rung before the one you’re trying to communicate with.

For example, let’s say your native language is English (first rung), followed by Spanish (second rung), followed by Japanese (third rung). When learning Japanese, rather than mentally translating words from English to Japanese, translate starting from Spanish. This not only enhances both your Spanish and Japanese skills, but it also makes the language learning a little bit easier on your brain.

5. Work with a life coach

Learning multiple languages can easily become overwhelming and scary for someone going at it alone. Life coaching is an effective way to develop strategies to manage your time and amp up your productivity. Sometimes it’s hard for us to see what exactly is keeping us from maximizing our true potential. A life coach is trained to help you see what you’re not seeing and ask you some thought-provoking questions to reflect on. Specifically, a life coach can help you process where you’re getting stuck and brainstorm ways to overcome any internal or external barriers to your learning.

There is no single go-to formula for how to become a polyglot. When working with a life coach, you can create solutions that are tailor-made to your values and needs. Coaching can help you awaken your inner genius and discover ways to master your time and energy. Plus, it helps to have someone who can hold you accountable and motivate you every step of the way!

Congrats on beginning this exciting journey to becoming a multilingual master!

Frank Macri works with those looking to create off the beaten path lifestyles. For tips on saving (and making) money abroad, unique options to travel for a living, and wisdom picked up around the world, visit www.TheFrankLife.com.