Despite its impressive assemblage of natural wonders, Colombia is even more famous for its happy-go-lucky inhabitants.

Friendly and fun-loving, locals exude a contagious enthusiasm for life you can’t seem to find anywhere else in the world.

This jovial vibe is what inspires many to migrate to Colombia and forge a new life with a strong focus on letting the good times roll.

From Andean metropolises to colorful Caribbean towns, here are the best places to live in Colombia. 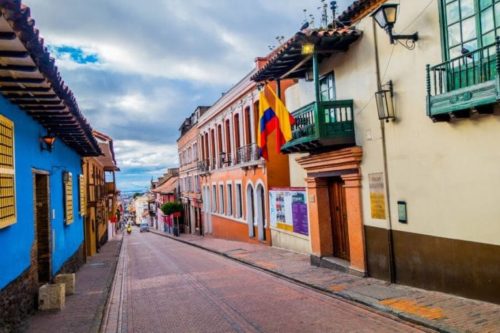 Home to a staggering 8 million inhabitants, the mega-metropolis of Bogotá is ideal for expats who relish in big city living. As a result, it hosts Colombia’s biggest expat community and has a wide range of work opportunities.

The city has a sizable arts scene, boasting a huge selection of galleries and exhibitions.

Unsurprisingly, the nightlife is on point as well, widely considered among the most raucous in South America. Most of the action centers around the Zona T nightlife district, an endless array of bars and boozy clubs that takes years to properly explore.

The ideal Bogotá barrio (neighborhood) depends on your budget and personal taste. A few popular options include the artsy La Candelaria, the business-focused Centro Internacional (International Center), the trendy La Macarena and the more youthful Chapinero.

On the downside, Bogotá is a high altitude city (8530 feet / 2,600 meters), which means a persistently cold climate.

Transportation is a challenge due to traffic, and crime is an issue in certain areas such as La Candelaria at night.

Medellín: The city of eternal spring 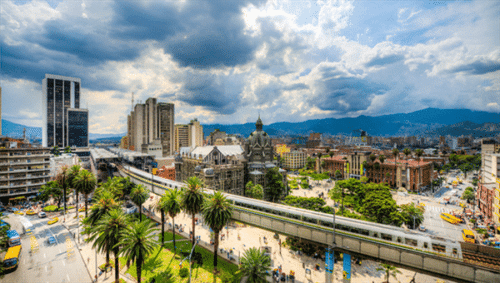 Expats love Medellín for its balmy climate, which tops out at an average daily high of around 82°F (28°C) all year round.

But it’s not just the warm weather that reels in the gringo crowd. This modern city of around 2.5 million inhabitants is set in a stunning valley and famous for its cosmopolitan vibe.

Consequently, a large foreign contingent now calls Medellín home, most of whom are based in the upscale El Poblado or the digital nomad hub of Patio Bonito.

Many expats have become enamored with a paisa (local resident), who are said to be among the most attractive in Colombia. We’re not saying that’s why foreigners stay… but it definitely doesn’t hurt!

Outsiders often perceive Medellín as dangerous due to its checkered past. In reality, murder rates have decreased substantially since the dark days of narco-terrorism in the 80s and 90s.

Nevertheless, it still pays to be careful in certain areas such as El Centro at night. As the locals say, “no dé papaya” (don’t give papaya, or put yourself in a dangerous situation). 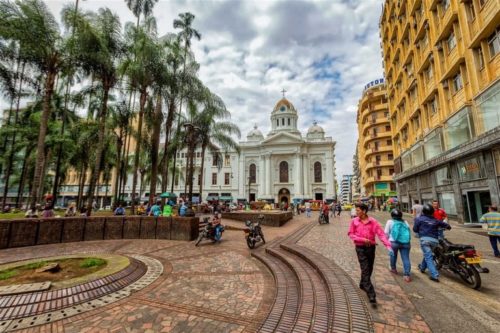 Love to dance? Then you’ll love Cali, the undisputed salsa capital of the universe.

Many gringo-friendly dance schools offer affordable group lessons throughout the city. Therefore, it’ll only be a matter of time until you’re shimmying the night away at a heaving club with the best of them.

Boisterous parties aside, the city’s 2 million inhabitants are especially open-minded toward the small number of foreigners who call the city home. Upscale El Peñon and the historical San Antonio and San Cayetano are the most popular expat neighborhoods. Other areas can be dangerous, so always seek local advice.

The biggest downside for many is the heat because Cali has a sweltering tropical climate with no coastline to seek refuge. Expect to spend a sizable sum on air conditioning. 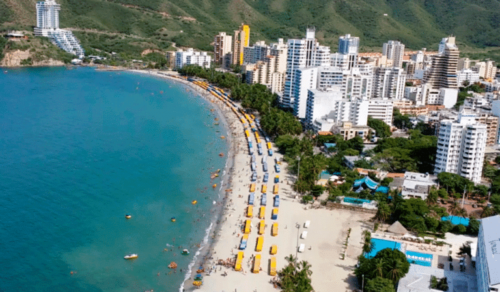 Colombia’s premier beach destination is a popular spot for expats to settle, particularly retirees who savor its warm climate.

Note that the normally laid-back vibe dissipates during holiday seasons when Colombian vacationers descend on the town in droves.

International backpackers love Santa Marta for its nearby attractions, meaning there’s ample opportunity to work in the tourism industry.

For a weekend escape, the stunning Tayrona National Park is just a short bus ride away. It’s home to some of South America’s most idyllic stretches of sand.

The upscale El Rodadero neighborhood is a great place to mingle with the city’s social elite, while the historic center is home to Santa Marta’s burgeoning tourism industry. Conversely, the nearby seaside village of Taganga is known for scuba diving and debaucherous nights. 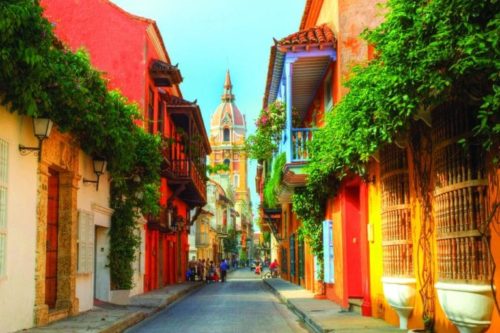 As the jewel of Colombia’s tourism crown, Cartagena attracts scores of expats looking to earn a living from the industry.

Prices are higher than elsewhere in the country. But an endless array of stunning Spanish architecture and cobblestone streets makes it all worthwhile.

Migrants who want to avoid fellow foreigners should give Cartagena a miss, as the city of just under a million inhabitants gets overrun by camera-toting tourists year round.

The stifling heat is also an issue, although plenty of attractive nearby beaches offer respite.

Neighborhood-wise, rough and tumble Getsemaní is home to the bohemian crowd for its numerous cultural institutions and pastel-colored homes. Meanwhile, the upmarket beachside barrio of Bocagrande is a paradise for wealthy fashionistas.

None of the above tickle your fancy? Here are a few more destination options for expats.

How to prepare for living in Colombia

Get a Colombian visa

If you have the time and money, it’s best to visit various destinations and decide on a favorite before committing to a long-term stay.

Most nationalities receive a 90-day tourist visa on arrival, which can be extended 90 more days through a simple process at any immigration office.

Once settled, migrate officially by applying for an M5 (migrant worker) or another visa type. The process is relatively straightforward thanks to an English language guide on the site.

If you’ve chosen to live in Colombia, congratulations! Learning Spanish might not be as hard as you think. Especially compared to most other Spanish-speaking nations.

Many regard Colombian Spanish as the most comprehensible in Latin America. Locals have a clear and discernible dialect, not unlike that of Spain.

Once settled, consider enrolling in an immersion program to hone your skills and learn some of the local slang. It also helps to create an immersive environment at home, watching Spanish news and listening to the local radio in your downtime. The FluentU language program has a bit of everything from Latin American media, complete with learning tools to help you learn Spanish in context.

The job market in Colombia is competitive, and a strong level of Spanish is a common prerequisite. Even so, salaries are modest. Nevertheless, the following positions are particularly accessible to gringos (foreigners):

The cost of living in Colombia

Here are the costs of some basic necessities in Colombia:

Now that you’re well versed on the best places to live in in Colombia, all that’s left to do is suss them out for yourself. Spend a week or so sizing your favorites before committing—try before you buy, if you will!

Regardless of where you decide to settle, we guarantee you’ll be waxing lyrical over a bottle of aguardiente (local liquor) with your newfound Colombian mates in no time.

Harry is a South American based freelance writer who covers travel, the arts, and culture, among many other things