Countries across Central and Eastern Europe have a lot in common.

And we’re not just talking about an overwhelming fondness for pickled and fermented foods.

In fact, the Slavic language unites countries across the region under a banner of beautiful and unique sounds.

History of the Slavic Languages

Slavic languages are a group of related languages that emerged among the Slavs, an ethnic group whose origins are little known.

According to Ancient History Encyclopedia, the first noted records of the Slavs appeared in the sixth century. However, the group itself likely had far older origins.

The Slavic language is thought to stem from Proto-Slavic, which itself stems from Proto-Indo-European.

According to “The Origins of the Slavs: A Linguist’s View,” the initial split from Proto-Indo-European occurred around 3000 BC. From that point, Indo-European languages continued to evolve into separate distinct languages, including Proto-Slavic, the root language of all Slavic languages spoken today.

The Indo-European family is huge, so Slavic languages have a lot of brothers, sisters, cousins, aunts and even a few uncles who’ve been pushed to the edge of the family tree for their wild antics.

Other branches of the Indo-European language family include Celtic, Germanic, Romance, Baltic and Indo-Iranian languages. To give you a sense of how big this family is, those branches include everything from Bengali to Persian to Greek to English to Swedish.

While the Slavic languages are quite different from their relatives in many ways, this interconnectedness does make for some convenient learning shortcuts, as we’ll explore more specifically later in this post.

Where Slavic Speakers Are

Encyclopedia Britannica reports that there are an estimated 315 million speakers of Slavic languages.

Slavic languages are spoken in Central Europe, the Balkans, most of Eastern Europe and large chunks of Northern Asia. There are also pockets of speakers of Slavic languages distributed in communities around the world.

Before we explore the ins and outs of some exciting and popular Slavic languages, let’s get familiar with the diverse resources you can use for focused study. 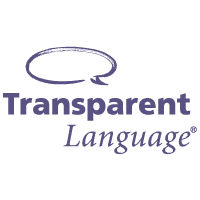 Transparent Language offers language learning software to take your Slavic skills to the next level.

It takes short videos made by and for native Russian speakers and sorts them by learning level, subject matter and format.

Each video has interactive captions with a built-in multimedia dictionary, letting you look up unfamiliar words as you encounter them. The videos also have downloadable transcripts for further review.

The program has adaptive flashcards that utilize a spaced repetition system (SRS) algorithm to make the review process more efficient. These flashcards use multiple kinds of media to maximize content retention, and often allow you to type or speak your answer for additional language skill practice.

Since MYLANGUAGES is free, it’s a great choice for anyone looking to dabble in learning a new Slavic language.

For a free resource, the options are remarkable. Lessons are available to teach you all the basics of the language, including the alphabet, grammar rules and key vocabulary. There are also additional resources, like reading excerpts, dictionaries and language learning games.

Since MYLANGUAGES does not offer audio pronunciation of vocabulary, however, you might want to pair it with additional resources to optimize your learning.

Learn101 is another free option with everything a beginning student could hope for.

Learn101 offers alphabet lessons, basic grammar lessons, common vocabulary/phrases and even a test to check your learning. Plus, vocabulary lists also feature audio to help you nail down your listening and pronunciation.

Since you can never have too many free learning resources, here’s another one!

If you’re looking for basic grammar lessons, vocabulary and common phrases, ilanguages has your back. Plus, these lessons also contain audio.

Flashcards are available to help reinforce your learning, and ilanguages offers a quiz to see how much you’ve learned. Another unique feature of ilanguages is that it has a special section that focuses on the most common words. 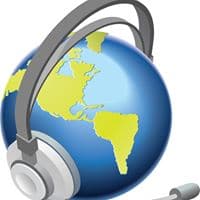 While Live Lingua might be most known for its Skype lessons, it also offers a ton of free learning materials.

What precisely is available varies by language, but common offerings include structured language courses, often containing both an e-book and audio.

Most of these courses target beginning-level students, teaching the alphabet, fundamental grammar rules and basic vocabulary.

The following list contains the most common Slavic languages alive today. This list is broken down into increasingly narrow family groups.

It’s important to note that the narrower the family group, the more similar the languages will be. In many cases, languages that are closely related may even be mutually intelligible, meaning speakers of one language can understand the other to some degree.

For instance, Macedonian and Bulgarian are both members of the Eastern group of the South Slavic branch, so they’re closely related. Since Serbo-Croatian and Slovene are in the Western group of the same South Slavic branch, they’re slightly more distantly related. Still more distantly related would be Russian, since it’s from a completely different branch of the Slavic language.

So why does all this matter? For language learners, it’s important to consider because it can help you learn multiple languages simultaneously. Pairing similar languages is a convenient way to learn more than one at once, and the more similar the languages are, the easier it’ll be to learn them simultaneously.

Here are some common Slavic languages you might consider learning.

While Polish isn’t the only member of the Lechitic group, it’s certainly the most well known. Ethnologue estimates that there are over 37 million speakers of Polish within Poland and over 3 million more speakers spread across the world.

Language learners might be especially interested in Polish because it’s one of the most widely spoken Slavic languages, but it still uses the Latin alphabet. That means it’s a little less daunting for English speakers than other popular Slavic languages like Russian and Ukrainian, which require learning a whole new alphabet.

There are, however, still many tricky aspects of the Polish language, including challenging pronunciations and a case system. But if you’re already looking to learn a Slavic language, these things probably do not intimidate you!

According the Ethnologue, Czech is spoken by over 10 million people in the Czech Republic and nearly 3 million more around the world.

Czech is a popular choice with language learners because it uses the Latin alphabet and the Czech Republic is particularly popular with tourists. But, like other Slavic languages, if you’re not careful, you could fall victim to tricky pronunciations and the dreaded case system.

While Czech and Slovak vary in a number of ways, they do have enough mutual intelligibility to allow you to understand a fair amount of one by learning the other. Learning the two languages simultaneously should also be convenient.

According to Ethnologue, Slovak is spoken by over 4.7 million people in Slovakia and more than 2 million more people around the world.

While it does have a case system and some tricky pronunciations, language learners will appreciate that Slovak uses the Latin alphabet and is so closely related to Czech.

South Slavic languages are grouped in the southeastern corner of Europe, primarily in the Balkans.

According to Ethnologue, Slovene is spoken by over 1.9 million people in Slovenia and nearly 200,000 more around the world.

While they’re technically related, Slovene is not particularly mutually intelligible with Serbo-Croatian (covered below), except for a few dialects along the Slovenian border. There’s also some similarity between Slovene and West Slavic languages, though again, there isn’t a lot of mutual intelligibility.

Slovene uses the case system, has some difficult pronunciations and features some other tricky grammar rules.

For instance, while most European languages have singular and plural nouns, Slovene also features “dual grammatical number” to express when there are two of something. Additionally, the Huffington Post notes that the huge array of dialects can make it difficult for speakers of Slovene to understand one another.

For language learners, though, Slovene still has its appeal. It uses the Latin alphabet and the language’s uniqueness sets it apart.

Serbo-Croatian (sometimes abbreviated BCS) is a macro-language made up of Serbian, Montenegrin, Croatian and Bosnian, though Serbian and Montenegrin are often grouped together. While there are a few minor differences, these similar languages are mutually intelligible and the division between them is largely political.

Montenegro split from Serbia in the 2000s, so this language is still developing standards.

Language learners might face standard Slavic language challenges here, like the case system. However, language learners also benefit from being able to choose whether they prefer to use the Latin or Cyrillic alphabet. It’s very rare to be able to have options like this when learning a language!

Additionally, the region is popular with tourists, so some students might want to learn Serbo-Croatian to prepare for travels.

According to Ethnologue, Macedonian is spoken by over 1.3 million people in Macedonia and over 2 million more around the world.

Macedonian and Bulgarian (covered below) are mutually intelligible. In fact, Macedonian has so much in common with Bulgarian that some Bulgarians actually consider it a dialect rather than a distinct language.

Macedonian has some of the same difficult pronunciations and uses Cyrillic; these aspects might challenge learners. However, unlike most other Slavic languages, Macedonian does not use a case system or infinitive forms of verbs, making it uniquely appealing to language learners.

According to Ethnologue, there are over 7 million Bulgarian speakers in Bulgaria and 1 million more around the world.

Anyone wanting to learn Bulgarian will face some challenges, such as the use of the old Proto-Slavic verb system, in which verbs can also express whether there’s evidence. For instance, certain conjugations can indicate if something is unlikely or being retold.

While the verb conjugations are expressive, they can also be tricky. Additionally, Bulgarian uses the Cyrillic alphabet.

But language learners rejoice! Like Macedonian, Bulgarian does not use a case system or infinitive verbs.

According to Ethnologue, Belarusian is spoken by over 2.2 million people in Belarus and another 300,000 around the world. However, this number may look confusing given that Belarus is home to over 9 million people. So why do so few Belarusians speak Belarusian?

That’s because most Belarusians actually speak Russian. In fact, the CIA World Factbook estimates that about 70 percent of the population speaks Russian.

Belarusian uses Cyrillic and its grammar is quite similar to Russian. Due to the overlap between Belarusian, Russian and Ukrainian, language learners might like learning all three together.

Despite historic attempts to suppress the Ukrainian language, Ukrainian remains one of the most widely spoken Slavic languages. Ethnologue estimates that Ukrainian is spoken by 32.6 million people in Ukraine and over 2 million more people around the world.

The Ukrainian language uses Cyrillic. Ukrainian learners will face challenges similar to those posed by other Slavic languages: a case system, tricky grammar rules and some difficult pronunciations. However, language learners should still consider learning Ukrainian because it’s widely spoken and many people consider it exceptionally beautiful.

According to Ethnologue, Russian is spoken by 138 million people in Russia and a total of nearly 268 million people worldwide. Russian is widely spoken throughout North Asia, Central Asia and Eastern Europe. In Europe, more people speak Russian as a native language than any other language.

Learning Russian isn’t without its challenges. After all, it uses the Cyrillic alphabet, employs a case system and features long and often tricky words.

However, there are still plenty of reasons to learn Russian.

Students flock to the Russian language because it’s the most widely spoken Slavic language by leaps and bounds. Additionally, anyone interested in literature should consider learning Russian, because Russian literature is some of the most acclaimed in the world.