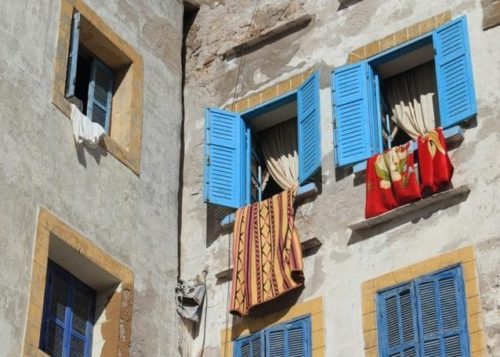 5 Remarkable Arabic Short Stories to Carry You Away

The Arabic language is known for its depth and strength, which allowed its speakers to create legendary fantasies such as “One Thousand and One Nights” and “Ali Baba and the Forty Thieves,” as well as classic characters like Aladdin and Sinbad.

Literature in all forms constitutes an essential part of any culture, but short stories are the best way to get a quick yet in-depth glance at the thought behind the language you’re learning.

In your case, since you’re learning Arabic, there’s a multitude of wonderful short stories you can explore.

Why Is It Important for an Arabic Learner to Read Short Stories?

Many famous authors in the Arab world wrote short stories. In fact, the greatest Arabic writers of all time almost always made sure they had something written in the form of a short story.

A short story is a window into a theme or idea within a culture. While the writing is concise, the theme that prevails in the text allows you to dive into a different world with strong characters and atmosphere. You’ll come out of the stories with both lessons and controversies.

It has been said that short stories are the most efficient way to change minds within a nation, as they arouse many questions and debates never contemplated before by critics, analysts or general readers.

Reading of any type of Arabic text is an essential part of learning Arabic, for as we know the two divergent forms of the language, Al- Fusha (Modern Standard Arabic) and Al-Ammiyah (local, regional Arabic), can be quite different at times. While a learner may be more used to interacting with people casually using their Ammiyah, it might be challenging to get into reading in Al-Fusha. Doing this reading means that you’re on the verge of mastering your Arabic, and short stories are a more approachable way to get started with reading.

Beyond this, to become a fluent Arabic speaker you should be culturally intelligent, meaning that you’re aware of the culture you’re encountering. The schools of thought they share and adapt vary quite a lot, this is why short stories are the stable pole in your Fusha learning path. Besides, nothing gives you the substantial cultural familiarity and realization you need better than a book with an authentically fertile background.

The short stories in this article are some of the most famous in the Arab world. After reading and comprehending these stories for adults and advanced learners, you can reasonably say that you’re well acquainted with the culture and the language. Each one of the authors is considered to be a fundamental fraction of the heritage in their country of origin, and it was these authors that coherently unified the Arabic readership and gave rise to the liberation of thought and the unrestraint of ink in their regions of the world.

The short text tackles the proletarian family of Palestine, the typical distribution of individual roles and gender roles traditionally—and in many cases up until today.

Having written “سجادتنا الصغيرة” in 1963 and later publishing it as part of her “الساعة والإنسان” (The Clock and the Man) collection, Samira Azzam became recognized as a groundbreaking master of the short story in the Arab world. She received a short story prize for this collection from the أصدقاء الكتاب (Friends of the Books) association in Beirut in the very year of its publication.

The narrator of the story is the young girl in the family, going through the details of her house and calamities that occur. Always trust a child narrator. This young narrator never lies, she gives us her gaze and lets us see her world exactly as it is, with no disguise.

Historical facts are mingled with the religious; for instance, that Iran is known for its carpet industry and that God forgives sins. There’s a co-presence of humanitarian and religious values, such as repentance, faith in God, sympathizing with others and feeling their misery.

This story is a beautiful mixture of realism, romanticism and symbolism. The narrator, Fathi, is not the protagonist of the story, but through him we get to know the location of the story, the city of عكا (Akka) where he lives, along with some of its features such as the southern gate, the cloth market and the historical walls that surround the city. Furthermore, he grants us access to the authentic stories of people in the city such as the boy baker and the employees racing against time for subsistence.

The motif of time is treated with irony as time is a man-made item, yet still it holds sway over us. The story is titled with time and ends with the sound of passing time, “tick tock.” Azzam considers the city, individualism and competition in this story through evocative, nostalgic language.

As a Catholic high school graduate, Azzam has written many sentimental and existential articles in the most famous Palestinian newspaper of her time under the pseudonym, فتاة الساحل (The Coast Girl). Having passed away at the age of 40, Azzam left us with five short story collections, more than 12 books translated from English to Arabic, along with many literary and critical studies published in Beirut’s “مجلة الأسبوع العربي” (The Arabic Weekly Magazine) for you to have a look at.

This is one of the dazzling short stories by the late Egyptian author Yousuf Idris, revolving around a man who sees the world as corrupt and brutal. He decides that the solution is to isolate himself and he falls into a deep sleep, not wanting to wake up until the world changes.

Rejecting reality and looking for our dreams, longing for a decent life and rights; this protagonist mirrors the situation of many citizens not only in the Arab world, but in the modern world in general, choosing to remain in our place waiting and waiting until the inevitable end comes along, with us still in the mattress.

In the Arab world, there has always been and still is the fight for our right to access quality healthcare and education, the right to choose our rulers and our representatives without fraud and the right to express our opinions freely. When we see no change, when we don’t witness what we want, that’s when we run away and hide, waiting for the justice of the universe to take the lead for us and right all the wrongs.

This is one of my personal favorite short stories of all time! Thirty-six years after its original publishing date, this story still mirrors some Arab people and their problematic relationships with their governments. The Syrian author explains how one of the most powerful animals in the wilderness, the tiger, has been changed into a wholly submissive creature through taming.

This is figuratively symbolic owing to the fact that, in the Arab world, nations are taken for granted in general by the ruling authorities, and Tamer goes on to suggest that we as Arab people are already accustomed to defeat, passiveness, refraction and submission. Strong political and social views are in between the lines of Tamer’s writing. This story has been brought back to light once again lately, now that the conflict in Syria continues.

If you’re interested in short stories of political irony, Tamer’s works are definitely all good choices. You’re left smiling yet with a feeling of bitterness. He’s held in high regard by Arab nations worldwide; some called him the magician, and many others demanded Noble-Prizing him.

Bouzfour is a Moroccan novelist and a short story author, whose basic themes are the religious, the mystical and the historical along with the folkloric and legendary heritage. Arab writers and contemporary artists are keen to link heritage to artistic experiences and analyze, discuss and ask “what if?” about it in creative, inspired stories.

The short story is highly celebrated in the Arab world for its comedic and ironic take on the Arab woman, taking a leap into her point of view. That’s how his characters change in the course of the text, starting off full of life and ending up bored of it all and fed up. The characters themselves are mostly non-revolutionary, in search of the substance of life.

It is important to mention here, that Bouzfour rejected the “Morocco Book Award” in 2002. The prize of $7000 was submitted to him by the Moroccan Ministry of Culture, but he refused to receive it in protest of what he called the deterioration of the political, economic and cultural conditions in Morocco. Therefore, up until today, he’s still considered one of the most popular and likable authors in the Arab world.

I hope you enjoy this list of five of the most famous Arabic short stories, and that it nourishes your cultural and linguistic knowledge as much as it has nourished mine.