TED Talks are a fast, entertaining way to pick up new knowledge on all kinds of topics, from architecture to zoology to, of course, languages.

Many language lovers have puzzled over the complexities of foreign language acquisition, and some bright sparks have turned their insights into fascinating TED Talks.

Below, you’ll find five great ones to help you study smarter and stay motivated on your path towards fluency.

Some are quite theoretical, so I’ll also give you an excellent reason to watch each one, plus tips on how they can help you with your language learning on a practical level.

“4 Reasons to Learn a New Language”

John McWhorter is a world-leading expert in second language acquisition—so he should know a thing or two about this topic!

In this talk, he asks what the point of learning a language other than English is, considering English is becoming the main language of communication worldwide. His reasons are:

Lack of motivation is probably the biggest reason why more people don’t learn foreign languages. When other tasks take priority, or when language roadblocks spring up, it can be easy to lose the drive to learn.

This TED Talk is the one to watch to get excited about language study, from someone who’s clearly excited about it himself. What’s more, it’ll be useful whether you’re just starting out and looking for some motivation, or deep in your studies and trying to stay focused.

That’s why it’s first up on this list. Once you’ve gathered the motivation, maybe this one should be next…

“One Simple Method to Learn Any Language”

This is a talk from a TEDx, one of the independent TED-affiliated events. Scott Young and Vat Jaiswal are the speakers, and they claim to have one simple technique to learn any language.

Young and Jaiswal argue that the reason early language learning tends to meet with heavy resistance is “the zone of fear.” In other words, you’re too embarrassed to speak. If you can find a way to push past this, there’s less frustration and more reward.

The solution is: don’t speak English.

Easier said than done, right? But there’s a good reason behind it. If you refuse to speak English (or whatever your native language is), you’ll be able to learn the most important words of your target language very quickly. You’ll even “overlearn,” getting set words and phrases deeply embedded into your mind.

You’ll also develop linguistic workarounds, finding ways to say what you mean in the target language before resorting to a translator.

To demonstrate the success of this theory, the speakers went to Spain, Brazil, China and Korea to learn the native languages using no English at all—not even with each other. The video clip they share shows its success, with them having relatively complex conversations in each language within three months.

The no-English rule is a practical way to pick up a new language fast. I’ve been lucky enough to have moved to another country (Spain) to improve my language. Although I was working with English speakers, I deliberately lived with Spanish people who didn’t speak English so I knew I had some people in my life that I needed to use only Spanish with.

My ability in the language skyrocketed as a result!

Even if you can’t move to another country, you can apply the no-English rule to a limited context, such as with an individual person. Find one person, either locally or online through a language exchange platform; commit to only speaking your target language with them; start speaking!

There are other ways to accomplish this goal online. For one, FluentU is a mobile app that makes language immersion entertaining through authentic media clips.

The FluentU video library contains a variety of foreign language content, including TED Talks. Each video comes with interactive subtitles you can click for definitions and native pronunciation. You’ll also see other videos that use the word, giving you a full understanding of how to use it in context.

To maximize your learning experience and keep your brain in foreign-language mode, FluentU has additional features such as SRS flashcards and personalized quizzes.

“A Word Game to Communicate in Any Language”

Ajit Narayanan works with children with autism. They struggle with what he calls abstraction, or thinking of an object in terms other than itself. This leads to problems with language: if you think about it, a word is nothing more than an abstract representation of an object or concept.

So he developed a tool to communicate without grammar. Instead of arranging words as a sentence, you arrange them as a map. Filters are added to demonstrate things like negation and different tenses. Children with autism could make sentences more effectively using this system than English.

This led him to think about second language acquisition. When you learn language as an adult, you typically do it through comparisons/translations to your native language—as Young and Jaiswal noted.

Narayanan realized his system could become a tool to help any language learner, even those without autism, naturally construct sentences in a new language without relying on their native one as a bridge.

Although Narayanan’s motivation is children with autism, he ingeniously discusses the impact on learning language as an adult. His ideas can help you to remove yourself from your native language when learning a new one, using semantic maps to escape the constraints of your mother grammar.

How much does this help in practice? That’s for you to decide, but I can see clear benefits if you’re learning a language that’s significantly grammatically distinct from your native one, such as an English speaker learning Korean.

“Learn to Read Chinese… with Ease!”

She has a handy system for picking up the language in writing. She shares eight radicals, which form the base of a number of different words. She then shows how you can expand your vocabulary to 32 characters by combining the radicals, as well as sharing thematic pictorials to make memorization far easier and faster!

Once you have the 32 characters, you can move on from there to start building phrases.

This is only a short video and it’s specifically about Chinese, but it’ll be useful to anyone learning a language with a radically unfamiliar alphabet. ShaoLan will show you how picking it up can be far simpler than you thought! 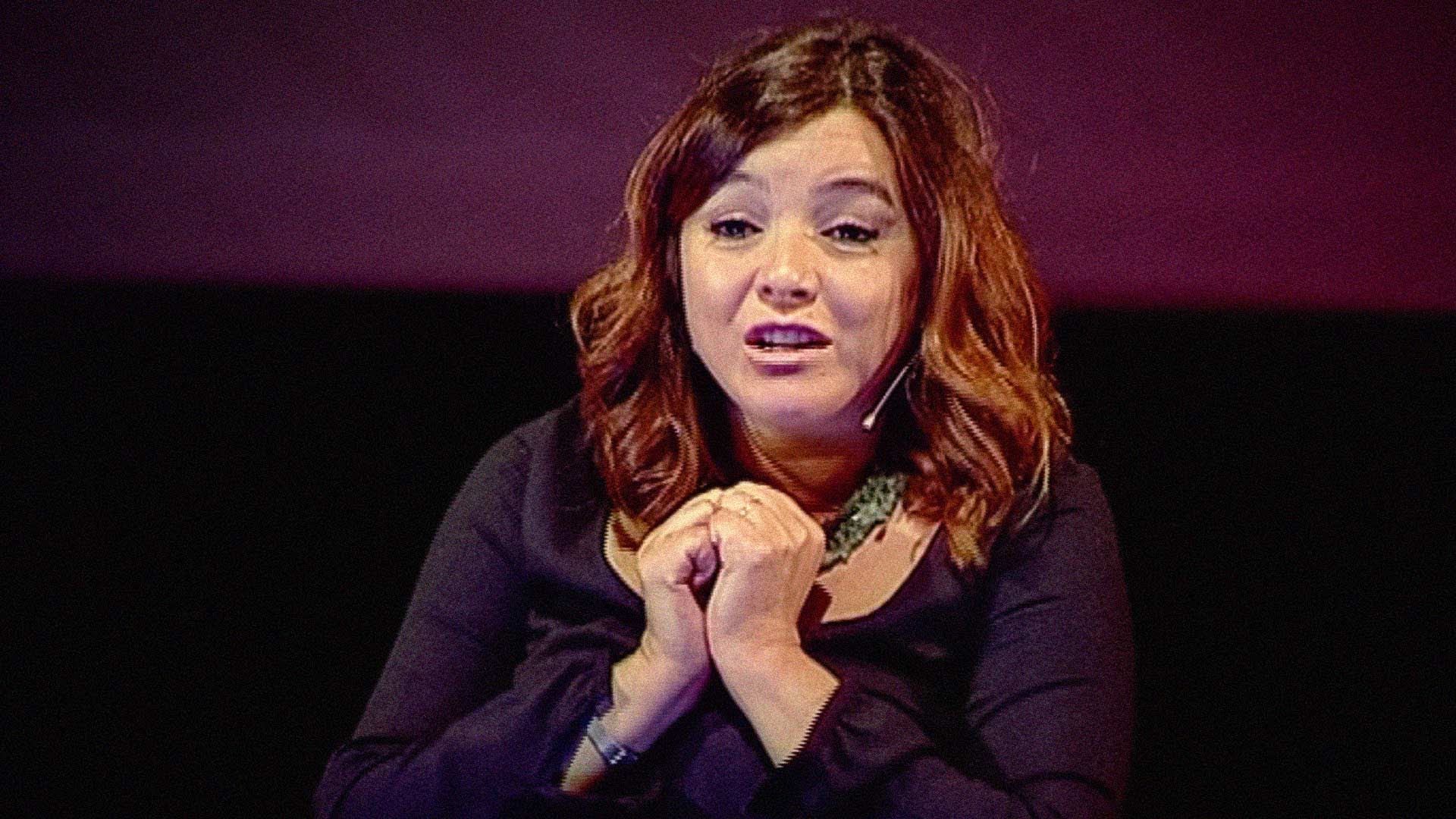 In Lebanon, not speaking English is sometimes seen as backwards and uneducated. In this video, Suzanne Talhouk delivers an impassioned defense of protecting the Arabic language.

She argues that mastery of your mother tongue is crucial for creative expression in other languages. She also notes that the only way to kill a nation is to kill its language, which is the reason some countries such as France have created special institutions to protect their languages.

This doesn’t mean all English words in Arabic contexts are banned: an English word like “cool” or “internet” can convey a specific meaning that Arabic speakers might want to express. She just wants Arabic speakers to respect their own language and use it as fully and thoroughly as possible.

TED originated in the U.S., so it makes sense that most of these videos are in English; nevertheless, it felt right to include a non-English one in here, as it’ll be perfect for a language learner like you! For me, it was a fascinating insight into some of the issues with the English invasion of other languages and dialects.

This talk is a great way to understand the importance of a multiplicity of different tongues. It should give you a sense of pride in your own language, as well as underlining that you can exist in an increasingly interconnected world, respecting both your own language and those of others.

We hope these five TED Talks leave you feeling psyched, smart and ready to get fluent! Happy watching!