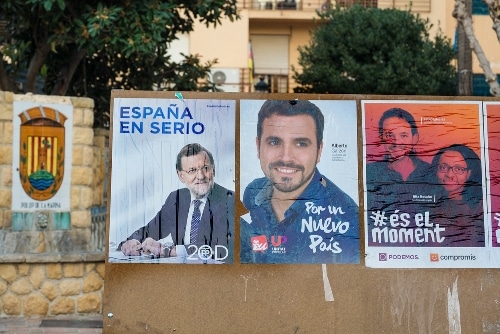 Have you ever gone to a Hispanic or Spanish restaurant and discovered, upon the arrival of your dish, that the “authentic” cooking simply was not quite like it was abroad?

Have you ever seen a replica of a famous painting that very clearly was not the real thing?

The important lesson to take away from the above examples?

Authentic art, cuisine, radio stations, television, movies, music, literature and other products of a country, hailing directly from that country, are the best representations of that country’s culture!

Resources lacking authenticity will often be sniffed out by your students, just as Spaniards easily notice if anything other than real saffron is used in paella.

Of course, there are times when authentic resources are too difficult or just plain impossible to come by but, luckily for you, we are here to guide you in your Spanish cultural lessons!

Most countries have advertisements everywhere, and the Spanish-speaking world is no exception. Whether printed in magazines, plastered on billboards or in video form on television or online, advertisements are a major part of modern culture.

Delicious.com compiles link after link of Spanish language advertisement videos available on the web. Some of them even have little lessons built into the subject matter, like the Kmart video that teaches adjectives.

FluentU takes real-world videos—like music videos, cartoons, documentaries, advertisements and more—and turns them into personalized language learning lessons for you and your students. It has tons of options for Spanish-language commercials, like this old-school McDonald’s advertisement featuring Maradona, or this new tourism video campaign showcasing the natural beauty of Ecuador. Plus, all the videos are sorted by skill level and are carefully annotated for students.

Each FluentU video has interactive subtitles. If a student comes across a word they’re unfamiliar with, they can hover their cursor over the subtitled word. That word’s definition, pronunciation and in-context usage examples will all pop up on-screen instantly. This is what your students will get after they click “watch” on a video. Clicking “learn” opens up a whole new learning experience for them. Start with a free trial to try out all the great features FluentU offers for teachers!

You can also have your students peruse the Comercial Mexicana site to get another idea of Spanish-language advertisements. As it is a Mexican site, students can check out what kinds of items are for sale there and how they reflect on their culture of origin. One activity you could request they do while they browse the site is to write down sales-specific Spanish vocabulary. This could help those who wish to use Spanish in a business setting as well.

There are many unique aspects of Latin American culture that your students will definitely enjoy learning about through advertisements. Zambombazo is a site that categorizes advertisements by what they relate to. For example, there is a section dedicated to advertisements regarding soccer, which is a huge deal in much of the Spanish-speaking world and a major part of the cultures of Spanish-speaking countries.

If you are looking for more of a one-stop website containing a variety of Spanish cultural resources, check out ver-taal.com. Along with the advertisement section, the site also contains movie trailers and an entire page dedicated to videos, audio clips and more about culture.

2. Educational Videos About the Spanish-speaking World

Of course, a more straightforward way to learn about Hispanic cultures is to watch a movie or documentary specifically meant to inform people about these cultures. You can select what to show your students based on their level of Spanish. For example, beginners may benefit most from watching a movie in English—or perhaps a kids’ show in Spanish—that is about a Spanish-speaking culture.

YouTube offers seemingly countless videos about the history, culture and interesting facts of different Spanish-speaking cultures. For example, you could try this video about the people and culture of Spain.

National Geographic also features numerous interesting and educational videos about Spanish-speaking countries. Looking for an educational video about Latin America? One option is this one, shared via YouTube.

More experienced learners would benefit from watching popular films from Spanish-speaking countries. Of course, subtitles are an option if you wish to show these films to more novice students.

To keep your class involved during the screening, create a worksheet asking what they notice about the culture of the country in which the movie was filmed. How is it similar to their own culture? How is it different? Also, how is it similar or different to other Hispanic countries?

Spanish culture and history is well embodied in “El Labarinto del Fauno,” although it may not be appropriate for all age groups. That being said, you can always skip the scarier or more mature scenes and just show the linguistic and cultural gold.

“Diarios de Motocicleta” is an ideal option for showcasing the culture of South America.

“The Perez Family” is in English but gives a good insight into Cuban culture.

Most of the titles listed above are for more mature audiences, but there are a great many animated films made in Spanish-speaking countries as well, so check those out for younger learners.

Reading materials from Spanish-speaking countries also give valuable insight into their cultures and what is considered important there. Even the way newspapers (online or in print) are organized is key, for example, the way in which articles are arranged on the front page and which headlines are featured most strongly can speak volumes about the culture of a country.

Students like to have options that interest them, and Contacto, the online Spanish-language site, provides just that. There are stories pertaining to sports, art, culture, humor and much more—a little something for every student!

For more hard news and current events, Yahoo Noticias is another ideal website to check out. One activity suggestion to use this source in class is to have your students compare the site to its English counterpart.

Another hard news option is Newspaper Map. The main page is an interactive map that allows you to click on practically any part of the world to obtain the latest current events.

Some students may be more keen to look at Spanish-language magazines for all the latest gossip and pop culture information. Plus, even the ads within can be practical learning tools for your students. One great example is the Spanish-language version of People. Once again, this could provide an opportunity for comparing and contrasting between the English and Spanish versions.

These materials (menus, floor plans, maps and anything else you encounter on a daily basis) are from Spanish-speaking countries and therefore are written by native speakers. Therefore, they lack the mistakes that many translated documents have. They also feature more natural language use.

To integrate these materials into your lessons, consider asking students to notice differences between the materials used in the United States to those of Spanish-speaking countries. For example, are menus organized differently here versus there?

On Tumblr, there is an entire page filled with images of menus from Spanish-speaking countries. Some are from fancier, more upscale restaurants while others are from fast food joints and other casual eateries. These menus can act as stand alone lessons where students in pairs, groups or on their own compare and contrast menus and write down new words they learned, or can supplement a bigger lesson on culture. For example, you can teach your students about the different customs regarding tipping, ordering and more.

Another idea is to show your students maps of cities in Spanish-speaking countries like this one of Mexico City. Then, start a discussion in class. Are cities in the same countries organized in a similar fashion? What do you think the placement of certain buildings and businesses says about the culture?

Teaching culture to your students is fundamental to their overall understanding of the Hispanic world and essential to their Spanish-language studies, especially for those who wish to travel abroad someday.

Hopefully the above sources can get you started in creating fantastic cultural lessons for the classroom!