It can’t be denied, Berlin is an amazing city.

But when people talk about the best places to live in Germany, they always seem to mention the same major cities: Berlin, Munich and Frankfurt.

There are so many other amazing places to live in Germany, though. Not to mention, these less popular places are much more affordable to live in than the main hubs!

It would be a shame to look past all these options when looking at the best places to live in Germany.

The Benefits of Living in Germany

Maybe you’re still trying to decide if you even want to live in Germany!

Apart from being a socially progressive global super power, Germany comes with a rich history stemming from the early Middle Ages. This history brings with it one of the most intriguing cultural heritages in the world.

Currently, Germany is notable for being a hip, progressive and innovative country. It’s leading the way in modernity and technological advancements. It’s also redefining how developed countries should present themselves in an increasingly digital world.

Germany is leading the way in higher education. Currently, anyone from anywhere in the world can go to a public university in Germany tuition-free!

How to Prepare for a German Move

Where to Live in Germany 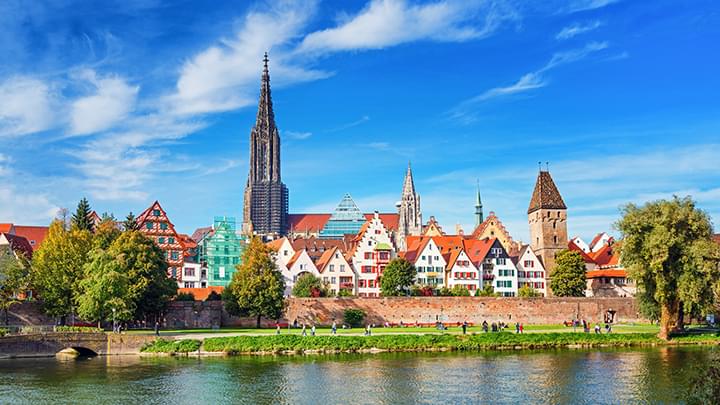 Ulm is great for young professionals looking to secure a job in a small but bustling city.

This tiny, historic city is on the Danube River and has about 120,000 inhabitants. It’s not too big and not too small.

The city itself is walkable and filled with amazing sights at every turn.

You can check out the Ulmer Münster, the tallest cathedral in the world. You can also visit the monument where one of the world’s most famous scientists, Albert Einstein, was born.

Ulm is a university town filled with students, giving the city a hip, young professional vibe. It has a vibrant arts and culture scene with concert halls and performance theaters well placed inside the city’s cosmopolitan center.

The cost of living is pretty cheap, and there’s no shortage of modern amenities to keep its inhabitants happy.

The public transportation system is also top-notch. Even if you live in a suburb or on the outskirts of the city center, it’s easy to quickly get downtown. 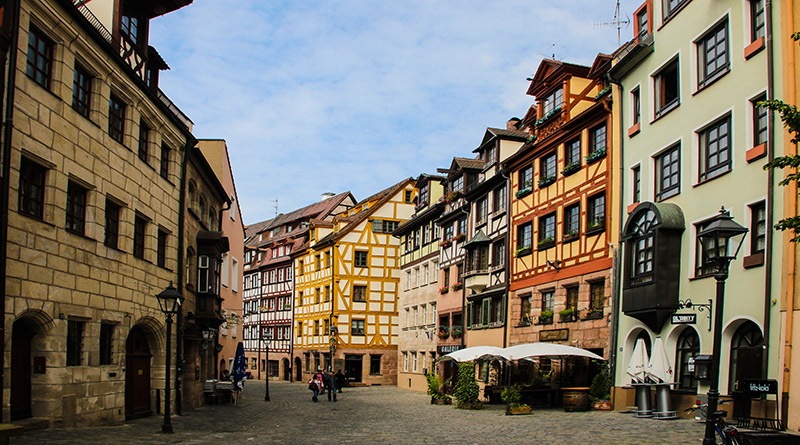 Nuremberg is the place to be if you want all the modern amenities of a city, but you don’t want to deal with the crowds and expenses of a big city.

With a population of 500,000, it’s by no means a small town. It’s big enough to be interesting without being overwhelming.

Nuremberg is a historic Bavarian city filled to the brim with medieval castles, stone towers and Gothic churches.

In general, it’s mellow area that allows you to escape the hustle and bustle of metropolises. But being only an hour away by train from Munich, if you ever want to indulge in the big city hustle and bustle, you won’t have to go far.

It’s also much cheaper to live here than it is to live in nearby Munich.

There’s an excellent public transportation system, and you can easily get around by bicycle.

This section of Bavaria is notable for its high collection of expats. All these foreigners make Nuremberg one of the most diverse parts of Germany, with food and culture from all over the world.

The number of expats might be attributed to the large university in Nuremberg, Friedrich-Alexander University Erlangen-Nürnberg, which is famous for being one of Germany’s top technical schools. 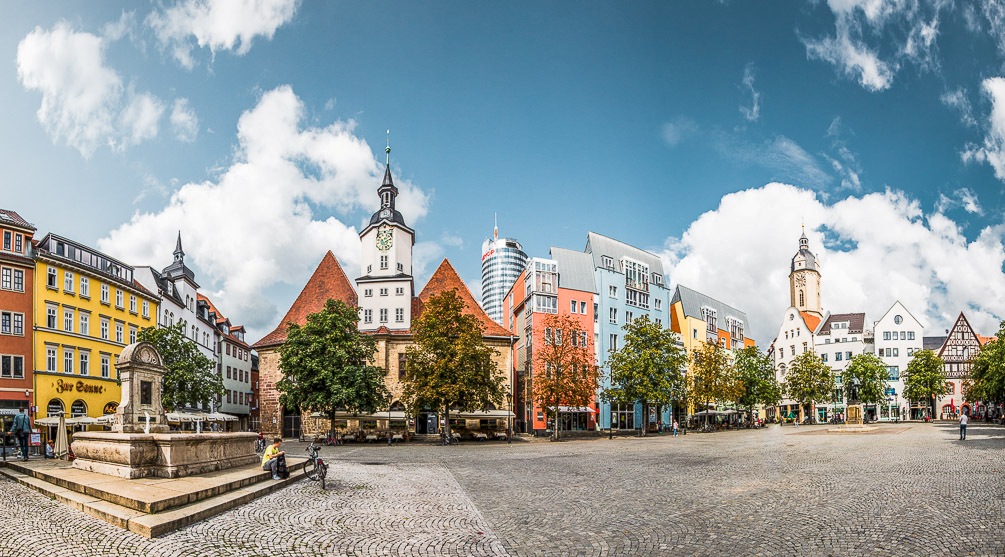 Jena is perfect if you want to live in a small but modern town.

It’s a picturesque city of 100,000 people sitting on the Saale River. There are parks, trees and limestone cliffs all around Jena, which give the entire town a peaceful ambiance.

Two of Germany’s most famous writers, Friedrich Schiller and Johann Wolfgang von Goethe, both called Jena home for a period of time.

Along with its rich and vibrant heritage, Jena is home to two prestigious universities. And one quarter of the population is students.

Like all of Germany’s college towns, Jena’s university scene also comes pre-packed with art, music, nightclubs and bars, as well as events at trendy cafes. This modern scene has earned Jena a reputation as a technology and innovation hub of this part of Germany.

You can easily walk and bike around Jena, and it has a good public transportation system.

But a word of warning: Although there are plenty of foreign students, few people in this part of Germany speak English well. Knowing how to speak German is advisable if you want to live in Jena. 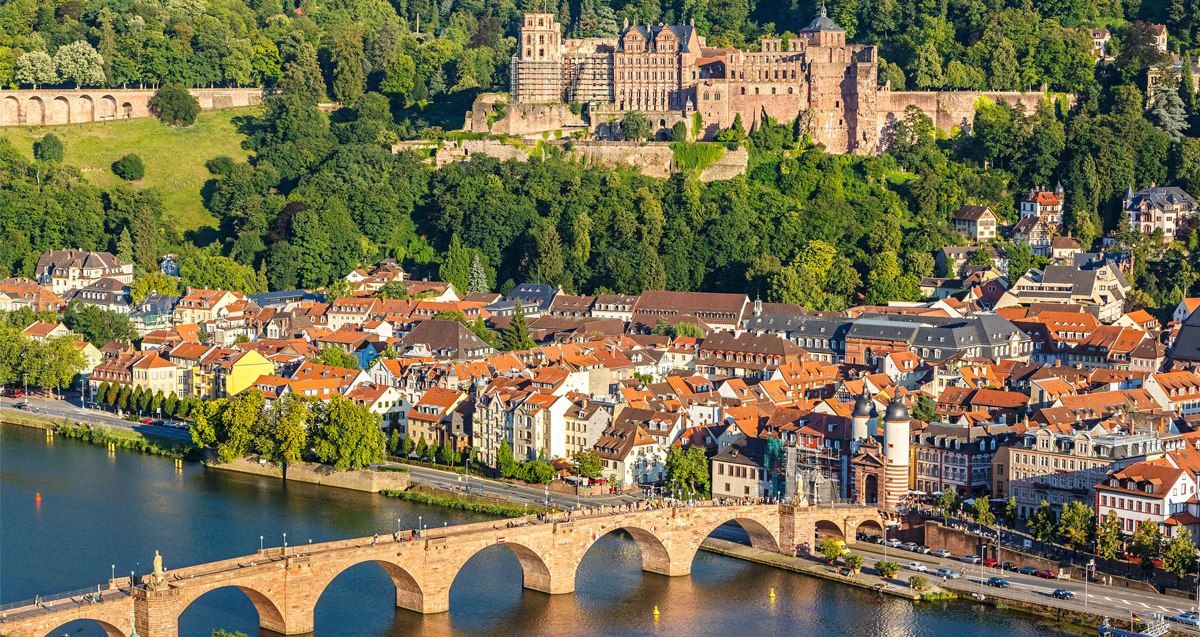 Heidelberg is great for people who want to become part of a vibrant expat scene.

Heidelberg is a small city with a population of 150,000 people. The city is flat, making it easy to walk and bike around to street cafes and historic remnants of the town. If you’re not a fan of walking or biking, the city does have a good public transportation system.

Heidelberg is surrounded by mountains. So regardless of which mode of transportation you choose, you never have to travel far for beautiful scenery.

Apart from being an important, historic German city with castle ruins, it houses Heidelberg University, one of the oldest and most prestigious universities in Europe. This public research university attracts students from all over the world, so Heidelberg has a large and diverse expat scene.

Heidelberg is a young, modern college town with all the traditional college amenities to match: Concert halls, nightclubs and bars. Everything is convenient and relatively cheap. Not to mention, locals’ English levels are above average! 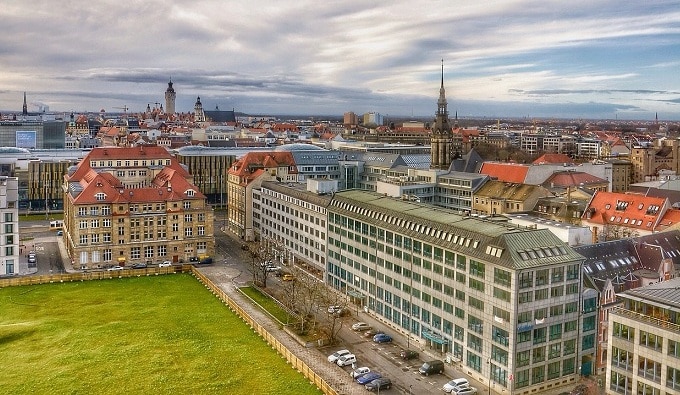 If you want to move to an up-and-coming city, Leipzig might be for you.

With a population of just under 600,000, it’s slowly becoming one of Europe’s new hipster spots. It’s even earned itself the nickname “Hypezig.”

This new popularity can be attributed to the artsy scene replete with art spaces, concert halls and cafes. It’s easy to get around Leipzig by bike, or you might prefer the strong public transportation system.

There are clean streets, low levels of crime and practically no pollution.

You can also find a myriad of VoKü, public kitchens that allow people to pay what they want as they share a meal with the community.

Aside from the laid-back atmosphere of Leipzig, it’s generally much cheaper to live here than in bigger cities.

But it’s not just a hipster town! Leipzig holds an important musical history heritage, as it was the city where Johannes Sebastian Bach worked as the cantor of St. Thomas and wrote many of his most famous works.

Leipzig also houses one of the most prominent opera houses in Germany, which is also the third-oldest opera house in Europe.

Given the history, culture and relaxed atmosphere, it’s easy to see why many Germans and non-Germans alike are flocking to “Hypezig.”

While every German city has plenty of places to eat bratwurst and drink beer, not every city is as conducive to an individual’s lifestyle as others.

Luckily, each of these best places to live in Germany offers something special to its inhabitants.

There are countless great places to settle down in Germany, but hopefully this list of cities in Germany has helped you narrow in on the place that’s your perfect fit!

Eric Michelson is a nomadic, philosophizing, peace-minded pluralist. He hopes to help bridge the divide between the diverse factions of the world by exploring various perspectives brought on by personal experience. You can follow Perspective Earth to learn more about him and his work.