Learn the Best of Spanish Slang with These 9 Dictionaries

The truth is, many conventional Spanish courses just don’t give slang its due.

Not only is Spanish slang one of the most fun topics to study, it’s also important to sounding like a native.

The Spanish slang dictionaries we’ll look at in this post will provide you with the information you need to up your informal Spanish game.

Why Use a Spanish Slang Dictionary?

Additionally, a Spanish slang dictionary will help you learn regional variations of the language. While some slang is common in multiple Spanish-speaking countries, a lot is more regionally based. Learning regional slang will help prepare you to communicate like a local in any region you may visit.

Finally, Spanish slang dictionaries often offer dictionary features while still being easily readable. They’re often a sort of hybrid learning book/dictionary. This enables you to look up words as you encounter them or study when you have the time.

There are other resources you can use in addition to dictionaries that’ll give you the chance to see slang in action. All you have to do is find some authentic videos and watch and listen closely for slang. These videos can be found online, and they’re also the content of choice for the language learning program FluentU. On it, Spanish clips are equipped with interactive subtitles that translate words (including slang) in context, which you can later review with flashcards and quizzes.

Now, on to the dictionaries!

9 Spanish Slang Dictionaries to Kick Off Your Cas’ Vocab 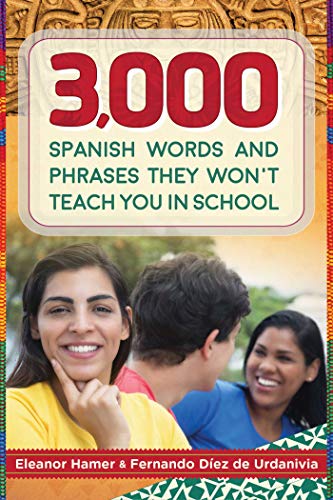 “Smart Spanish for Tontos Americanos” (“Smart Spanish for Dumb Americans”) offers over 3,000 slang expressions that include words, phrases, idioms and other sayings. The book aims to teach you things you didn’t learn in school and explain wordplay and/or double meanings.

“Smart Spanish for Tontos Americanos” focuses entirely on Mexican culture and slang, but if this matches your area of interest, it should be a great fit for you. Sections are grouped thematically (for instance, “verbs”) and entries are organized alphabetically within these sections. You can look up words from English to Spanish or Spanish to English. Helpful symbols even indicate the level of vulgarity. 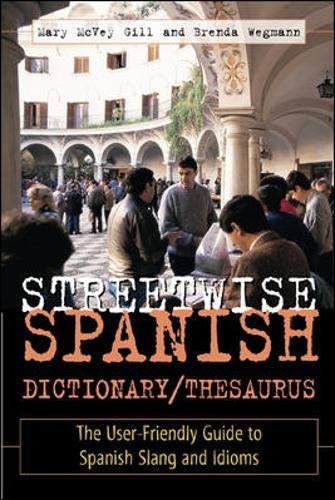 “Streetwise Spanish Dictionary/Thesaurus” is a useful guide to slang and idioms featuring over 5,000 entries.

In the thesaurus section, words are grouped thematically in categories like “expressions of anger.” Each entry contains the Spanish word or phrase, the meaning, whether or not it’s vulgar, an example of how it’s used and information on where it’s used. The book covers all Spanish-speaking countries, so it’s important to pay attention to what region is noted.

In addition to the standard features you’d expect of a dictionary/thesaurus, this book also offers illustrations, quizzes, examples and cultural information, so you can also use it like a learning book. 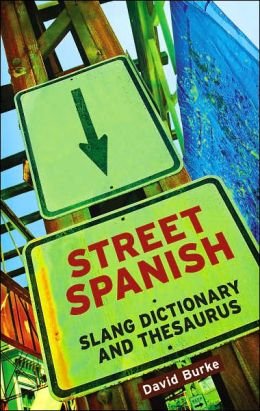 “Street Spanish Slang Dictionary and Thesaurus” features over 1,000 entries that include slang, idioms and other colloquialisms. It aims to “make you feel like an insider.”

The book offers a focus on general Spanish language slang. While it’s not as extensive as some other dictionaries, it does offer helpful information, including a thesaurus of vulgar slang.

While it’s difficult to find a new copy for sale, this book is widely available through resellers.

“The Red-Hot Book of Spanish Slang: 5,000 Expressions to Spice Up Your Spanish” 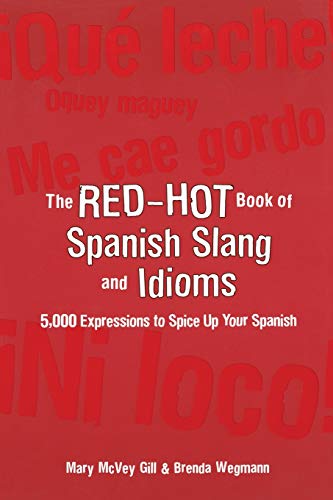 With 5,000 entries featuring slang and idioms, this book is a great option for anyone looking to master Spanish slang.

The Spanish-English entries feature the word or phrase, a literal translation, the actual definition, countries where the expression is used, a usage example and a translation of the example. This book will also let you know if an entry is vulgar to prevent you from inadvertently offending people.

The book covers slang from all Spanish-speaking regions, so this book is an ideal and versatile companion for any Spanish speaker. 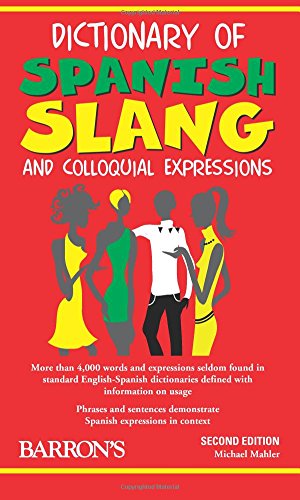 “Dictionary of Spanish Slang and Colloquial Expressions” features nearly 4,500 slang word and phrases in addition to other colloquial expressions, including vulgar words and phrases. This dictionary targets speakers who are at or above an intermediate-level proficiency.

Each entry contains the Spanish word or phrase, its English meaning, an example of how it’s used and information on where it’s used. This book covers all Spanish-speaking regions. 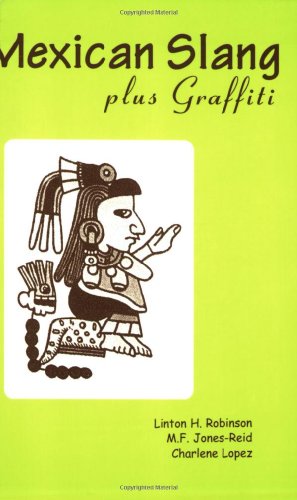 “Mexican Slang Plus Graffiti” focuses exclusively on Mexican expressions. A unique trait of this book is that it also explains terms found in graffiti.

The book offers both “translated Americanisms” and “major Mexicanisms,” so you can look up a familiar phrase to find the Mexican equivalent or look up a Mexican phrase to find its meaning. There are also thematically-grouped sections like “party time” for easy perusing.

The book does contain quite a few vulgar terms, so don’t go tossing them around at business meetings! 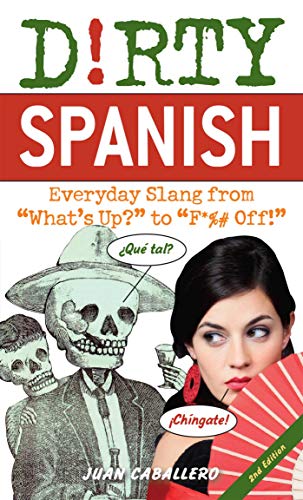 “Dirty Spanish: Everyday Slang from ‘What’s Up?’ to ‘F*%# Off!'” features the sorts of words and phrases your Spanish teacher never wanted you to learn. This includes slang, insults, sexual terms and curse words, making this book best for adult learners. The book does assume you know at least some Spanish, so it isn’t for early beginners at any age.

Each entry starts with the English meaning followed by the Spanish slang. The book focuses primarily on slang that’s used across regions, but some regional slang is also included, and in these cases, the region is noted.

The book is grouped thematically for easy perusal, with categories like “angry Spanish,” to give you a clear idea of what sorts of situations you might use the words or phrases in. 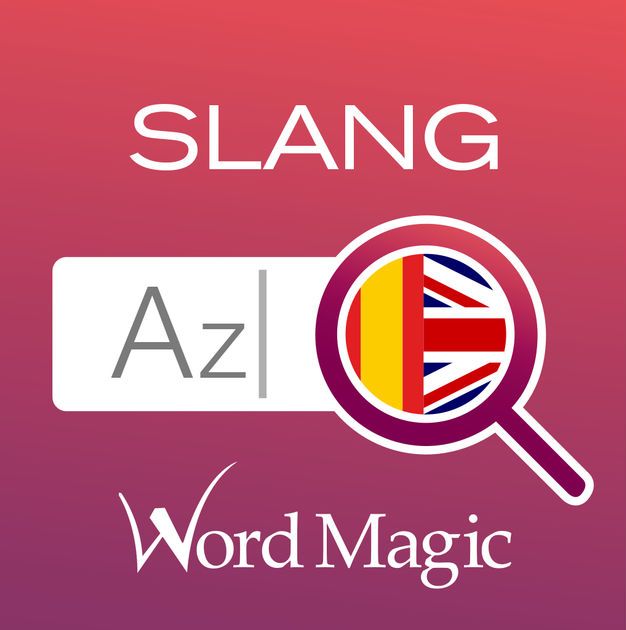 If you prefer your slang dictionary in app form, English Spanish Slang Dictionary is a good option for you.

Word Magic Software provides this helpful app for easy look-ups on the go. It includes American slang, British slang, Latin American slang and Spanish slang, so you have access to a wide array of information. With over 21,000 entries, it’ll be a long time before you run out of new slang learning material. Vulgar words are also included.

Mr. Gabe’s Spanish Slang Dictionary is a free website that provides a nice selection of over 1,000 slang words and phrases.

Most entries contain the Spanish slang word or phrase, its meaning and whether it’s specific to a particular region. Additionally, the entries for many vulgar expressions explain the level of vulgarity… that’s “many” but not “all,” so be careful and pay attention to the translation.

These Spanish slang dictionaries will make your Spanish on fleek!