Top 10 Spanish Slang Phrases to Speak Like a True Argentine

Would you love to take a trip to the land of tango, beef and a lot of local slang? Or have an Argentine friend you want to impress?

Argentine Spanish is rich in many ways. It has different grammar, different vocabulary and even a different accent. Once you’ve got your head around the basics of Argentine slang, it’s time to step things up a notch and learn some juicy Argentine phrases.

Slip one of these phrases into your everyday Spanish and although we can’t absolutely guarantee a laugh, you’ll definitely at least get a smile.

These phrases also help you connect with and understand local culture. And of course if you’re in Argentina, or with Argentines, you’re likely to hear these in conversation too. A lot. A grasp of just a few of these might also help you catch more of what the Argentine footballers are saying in their post-match interviews.

And if all that wasn’t enough, learning local phrases is a fun way to improve your Spanish. So let’s get going with the top ten phrases that will help you sound just like the locals. Note that these phrases are most often used within the capital of Buenos Aires; elsewhere in the country you may or may not get some funny looks. Don’t say we didn’t warn you.

If you want to make sure you know what to say every time, everywhere, check FluentU out.

With FluentU, you’ll learn all the slang you need for every occasion, no matter the country you’re in. Give it a free try and see for yourself!

Literal translation: to be in the oven (with chips). 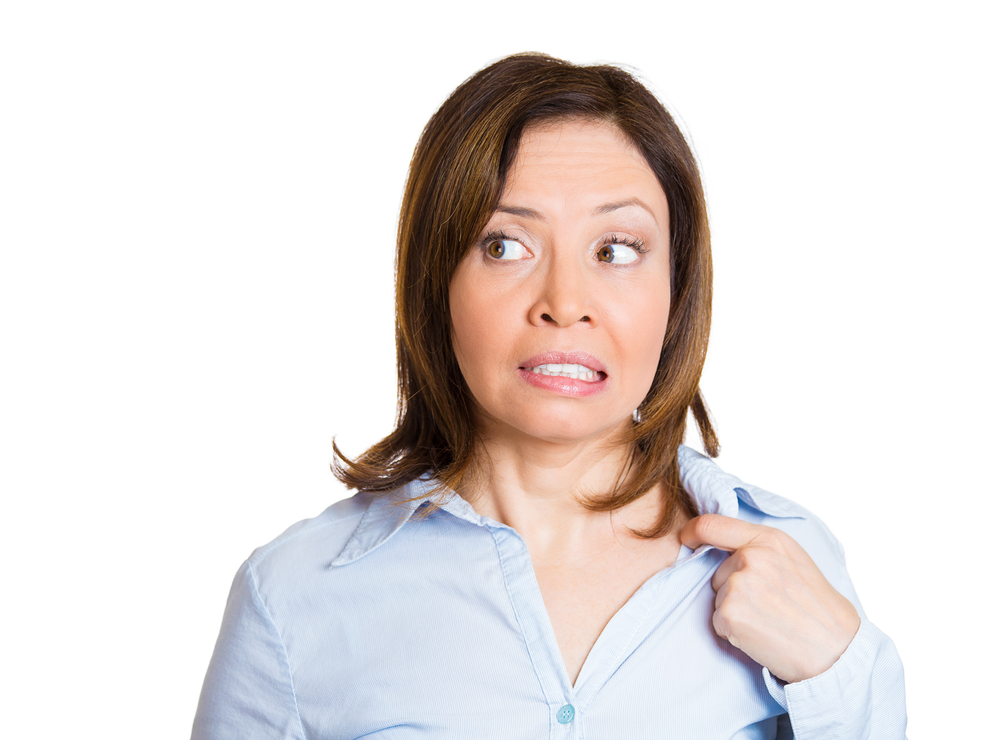 This phrase basically means that someone is in trouble. You might use it when talking about an exam the next day that you haven’t studied for, as in, “¡Estoy al horno!,” or when someone tells you they’ve just been caught doing something they shouldn’t (You could reply, “Estás al horno”). The addition of the chips implies that the situation is worse.

Don’t use this phrase to talk about minor problems, such as temporarily losing your keys or missing the local bus. 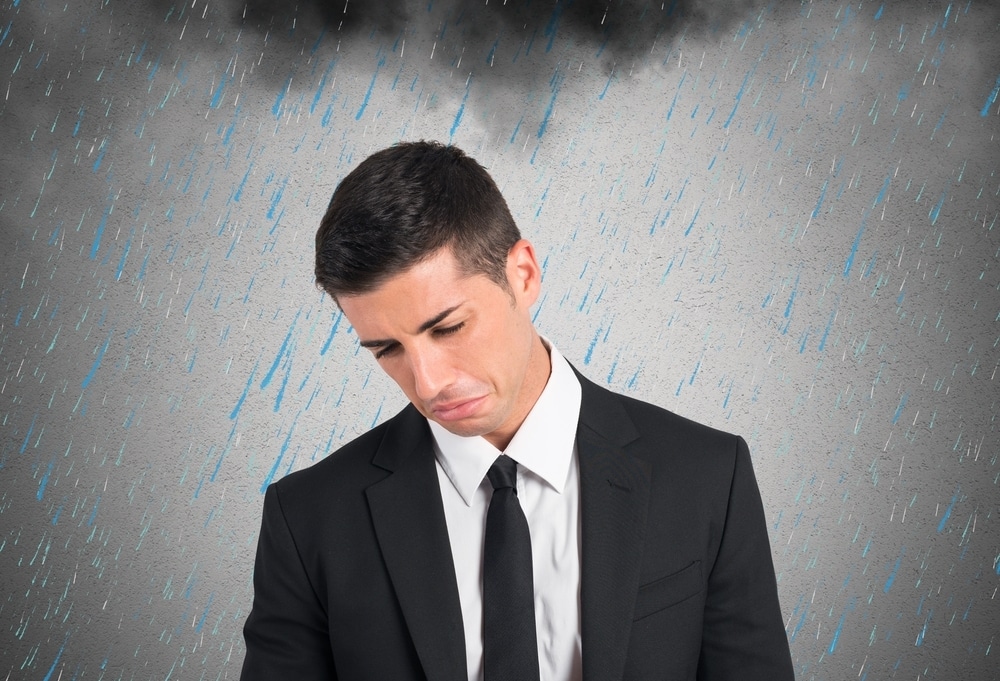 Having bad milk is different from being bad milk, so it’s important to know the difference between the two. If someone tiene mala leche, he or she has bad luck. You could use the phrase to describe a particularly unlucky person (tiene mala leche) or a situation in which someone is unlucky. It’s also possible to leave out the verb altogether and just say ¡Qué mala leche! (What bad luck!). 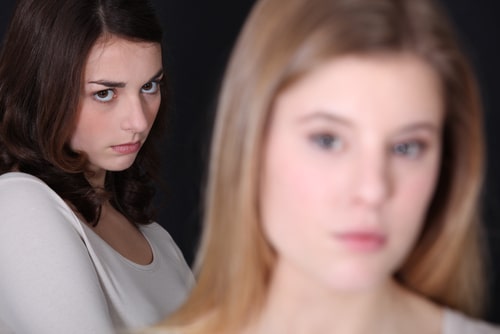 Ser mala leche, on the other hand, is used to describe someone mean. A person who is mala leche doesn’t want other people to succeed. So if you learn a new Spanish phrase and show it off to someone who tells you it’s stupid or pointless, it’s likely that this person is bad milk.

Don’t use the second one lightly; being bad milk is a big insult in Argentina. It’s also not the sort of thing you’d likely to say to someone’s face.

Literal translation: to lift someone. 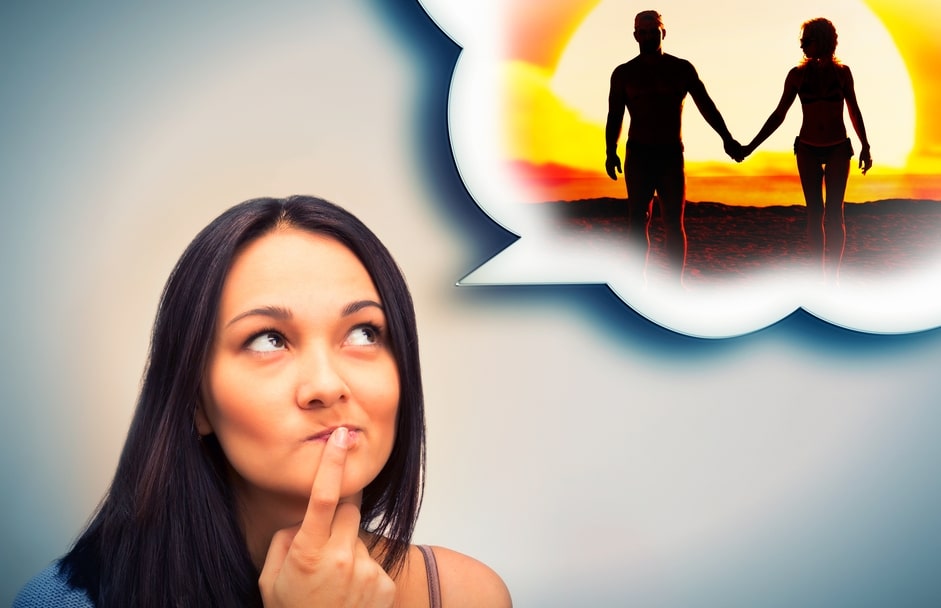 Better translated to “to pick someone up,” this is just one of many Argentine phrases related to dating. You can also throw in slang words for girl (una mina, una piba) or boy (un chavón, un pibe) to make your sentence even more authentic.

This phrase is fairly informal, and isn’t the sort of thing you’d say to your grandma, but it may be useful if your friend is going out to a club and you want to know if they’re planning on picking someone up. In that case you could say, ¿Vas a levantarte a alguien esta noche? (Are you going to pick someone up tonight?). You could also use it as an affirmative phrase to state your own intentions, as in, “Voy a levantarme a alguien hoy” (I’m going to pick someone up today).

Literal translation: to put your batteries in. 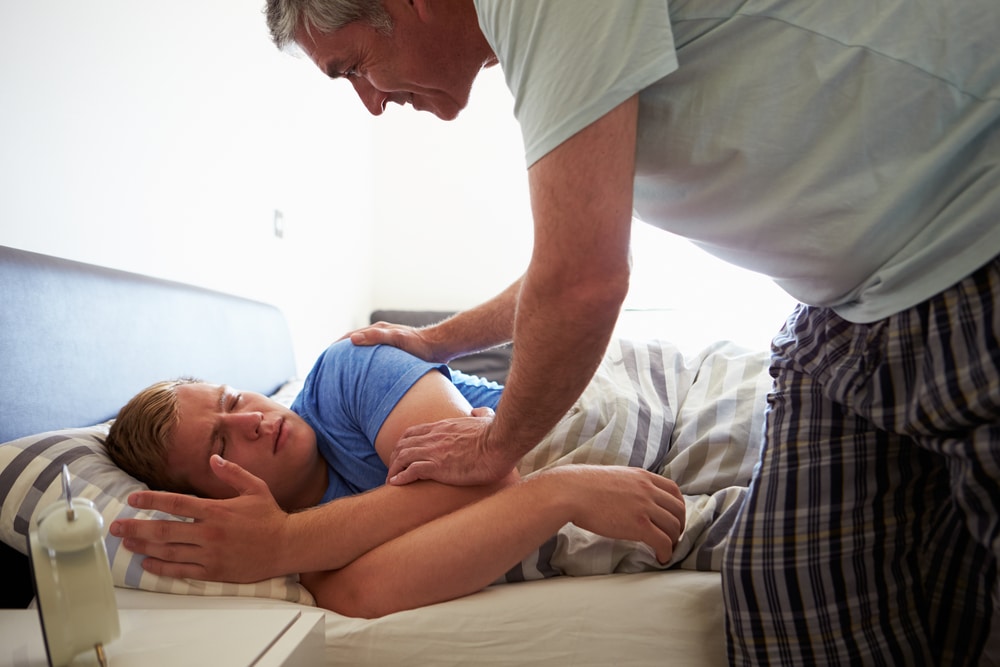 Unlike the English phrase to recharge your batteries, this phrase does not mean to relax, but rather precisely the opposite. Think more along the lines of putting the batteries in something to make it work and you’ve got it: ponerse las pilas means to get some energy. You might use this when talking to someone who isn’t happy about going to a party or a social event, as in, “¡Ponete las pilas y vamos!” (Put your batteries in and let’s go!) or in the morning in an attempt to get someone out of bed.

Note that repeating this sentence more than once may be irritating to someone who is really not in the mood to do something or who is very tired, so it’s best avoided if the person you’re talking to looks like their batteries really do need recharging.

Literal translation: to be to the fart/to be in fart. 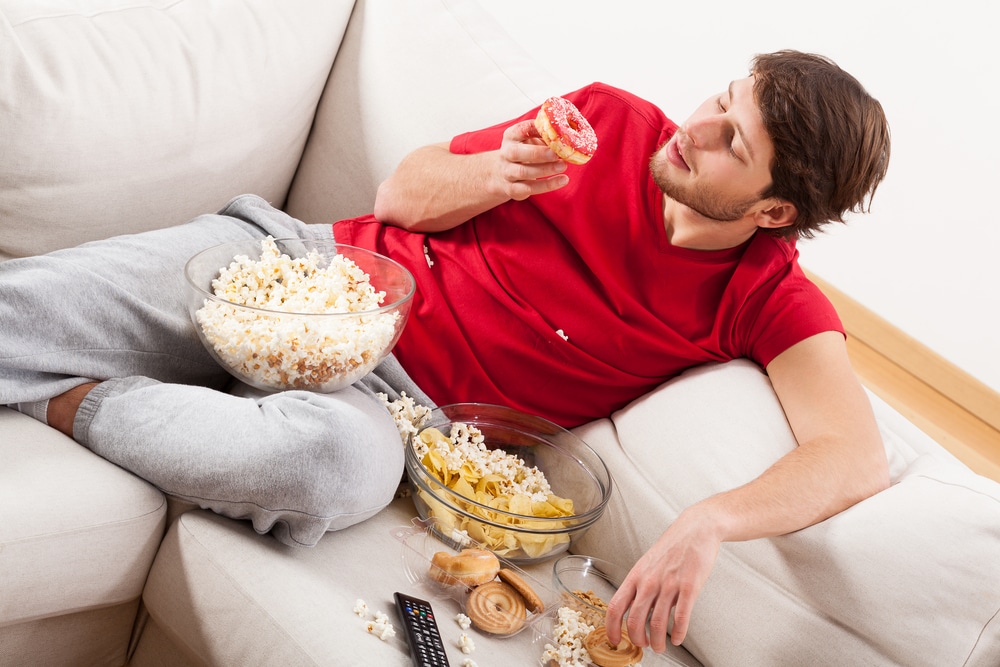 Yes you read that correctly. There are a large number of phrases related to farting in Argentine slang. Estar al pedo means that you’re not doing anything. You might call a friend to ask what they’re doing and they would reply “Estoy al pedo” if they are just hanging around at home not doing anything. 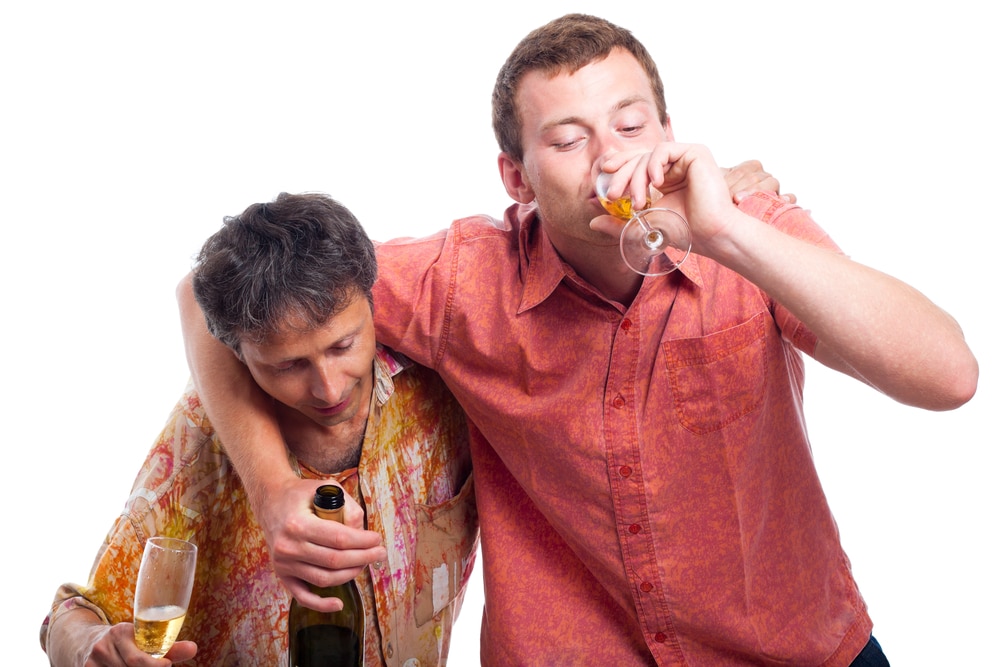 Estar en pedo means that someone is drunk. You can use this to tell someone they’re drunk (¡Estás en pedo!), announce your own drunkenness (Estoy en pedo) or denounce the drunkenness of others (Están en pedo).

Both phrases are best avoided in a workplace situation. If your boss asks you what you’re doing, it’s probably not a good idea to reply that you are “al pedo” or “en pedo,” and if he or she asks you to do something, you’d be advised not to reply ¡Ni en pedo!

Literal translation: to have laziness. 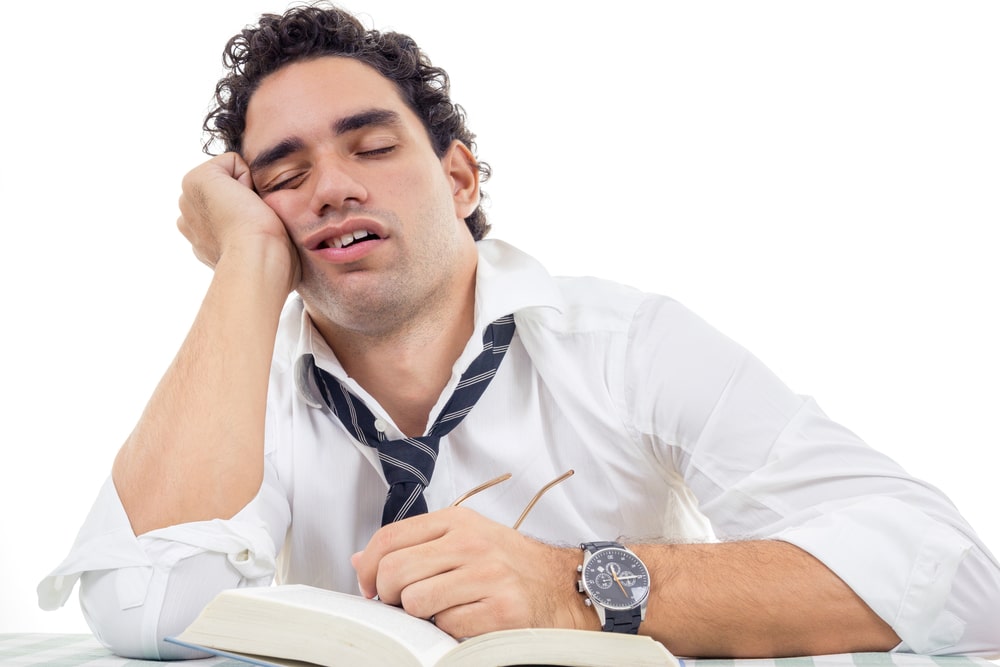 Tengo fiaca is a commonly used phrase in Argentina to say that you are too lazy to do something. It’s a fairly acceptable excuse to not go out with friends, for example, but again, is probably best avoided in the workplace. 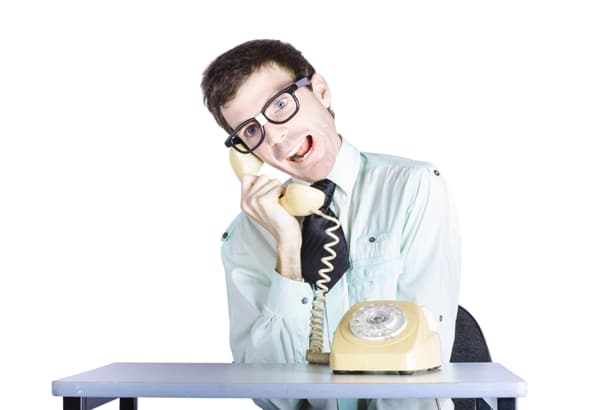 Unfortunately not related to sending fruit baskets, this phrase means that someone is talking nonsense. You can use it when someone is blabbing on without making any sense to tell them what they’re doing, “Estás mandando fruta.” You could also use it to tell the person to stop it: “Dejá de mandar fruta” (Stop talking nonsense!).

This is a fairly informal/light insult, so it shouldn’t offend too many people, but don’t say it to someone you don’t know well.

Literal translation: take it with soda. 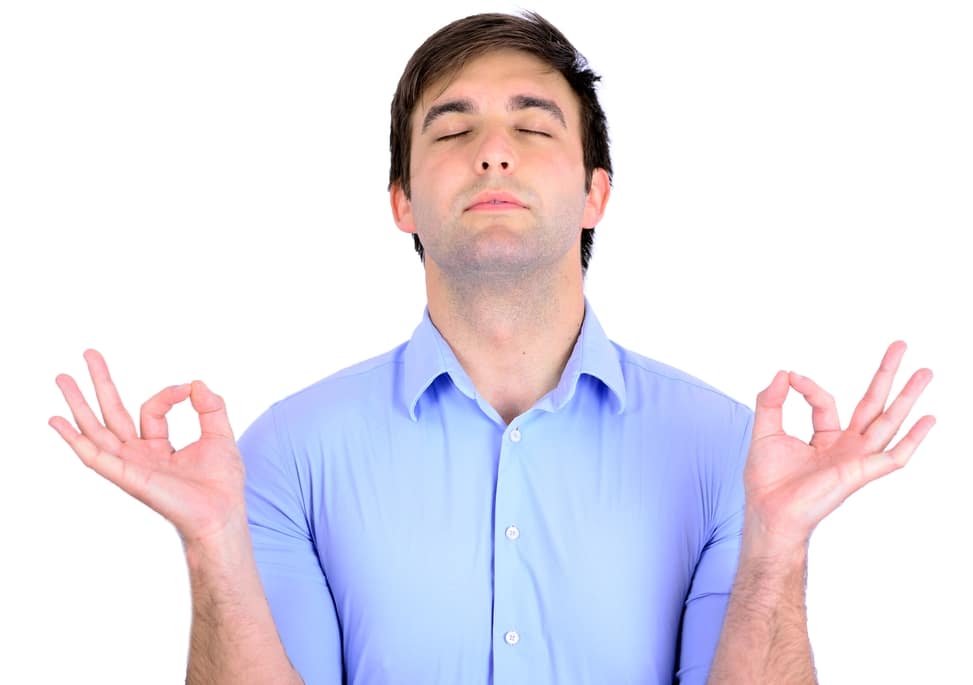 “Taking it with soda” means taking something lightly, or chilling out about something. If someone gets annoyed about you telling them to stop mandando fruta, for example, you can tell them to “tomátelo con soda.”

This phrase is not as commonly used as it used to be, but is still widely understood. You could alternatively just say “tranquila,“, which means basically the same thing, but isn’t as fun. Don’t use this fruity phrase in more serious situations, as it won’t go down well.

Literal translation: to be rowing in dulce de leche.

Imagine you’re in a rowboat, and surrounding you is the Argentine caramel-like substance dulce de leche. You are trying to row. This is a good time to point out that dulce de leche is actually thicker than caramel. You’ll probably agree that’s a pretty sticky situation, and quite a hard one to get out of.

There you go, that’s the meaning of the phrase. You can use this to describe all sorts of conundrums. Just don’t replace dulce de leche with caramel, Argentines do not react well to assertions that the two are similar.

Literal translation: to go to the steaks. 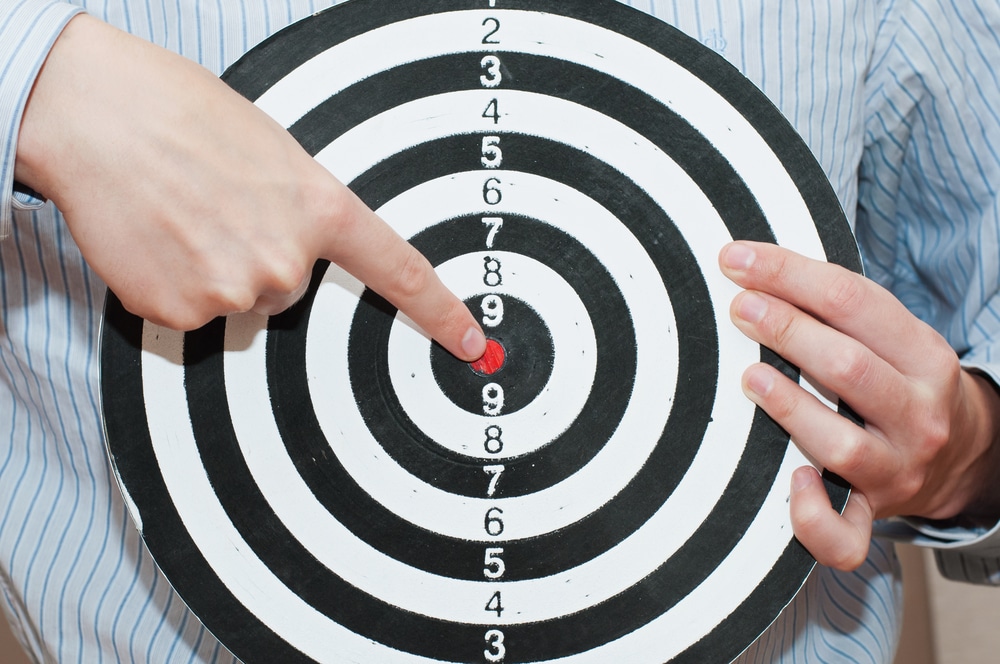 In a country where the cow is prized above all else, it’s not surprising that there’s a phrase relating to the animal. Ir a los bifes has nothing to do with going to a steakhouse, but instead means “get to the point.” You might use it in argument that is going nowhere, as in, “Vamos a los bifes” (Let’s get to the point).

Don’t use it when someone is describing all the parts of the cow in extreme detail and telling you how best to order meat in Argentina, though. Trust us that the point is to eat as much beef as possible, and the weirder the part, the better.

Hopefully once your Argentine friends see you have grasped these basic phrases, they’ll begin to teach you even more local slang, until your language becomes as colorful as the houses in Buenos Aires neighborhood (which is rather colorful indeed).