Brain Power: How to Speak German Fluently with 8 Brainy Strategies

The key to speaking German fluently is understanding the process of how your brain acquires foreign languages, from childhood to adulthood.

After you know all about that, you’ll be able to employ the right learning strategies and significantly speed up the process of becoming fluent.

I’ve simplified all of this for you here. Just follow the simple steps I’ve laid out below, and you’ll see that some small changes in your German study routine can make a big difference.

What Your Brain Needs to Produce Fluent German

When you open your mouth to speak German, your brain’s gears are turning.

Your brain is the key to having perfect, fluent German flow from your lips.

Yet the process going on in our brains when learning a language is a complex one.

Lately, it has received a lot of attention from linguists and scientists alike.

Basically, our brain is made up of billions of nerve cells called neurons. They communicate with each other through signals. The right language learning processes strengthen the paths that these signals take, the so-called synapses, facilitating communication between neurons. Repetition is crucial for building a network of strong and long-lasting synapses.

It’s often said that adults are at a disadvantage when it comes to language learning. Whereas children seem to pick up languages like sponges, it takes years of effort for an adult to achieve fluency.

According to science, the brain’s plasticity decreases when we get older, making learning more difficult. Plasticity is at its peak when we’re young and our brains are still in development.

One more important factor is that young children are able to distinguish between a great range of different sounds. As we age, our brains get fine-tuned to the ones we hear the most and we become less receptive to foreign sounds. We hear “this is my language,” and “this is not my language.” Anything deeper than that can be challenging.

These sound like negatives, but they’re really not. As adults, there’s no use in being envious of children’s developing brains. What we can do is mimic the conditions and behaviors that help children learn languages faster.

So, Can We Train Our Brains to Produce Fluent German?

Well, we can’t reverse those biological processes and get our young brains back, but we can learn from certain behavior patterns observed in young children learning a second language.

First, you’ll want to strengthen your brain’s neural pathways with tons and tons of repetition. You’ll want to improve the plasticity of your brain—which can be done with the right strategies. Things like eating healthy foods, going for a daily run, sleeping well, playing an instrument and doing new things can all improve your adult brain’s plasticity. Of course, learning a language itself is good for plasticity all on its own, as long as you’re doing it regularly!

And who doesn’t want a strong, sharp brain? It’s good to do all of the above, just to improve your life overall.

While you’re boosting your brain, you can also do yourself—and your German skills—a huge, huge favor by imitating the way children learn languages:

Apply these characteristics to your everyday German studies—plunge into German without hesitation, without fear of failure, without English translations to serve as a crutch. Really grapple with the language. Get exposure to it as much as humanly possible and gets hands-on: Speak, speak and speak some more German whenever you have the opportunity.

If you embrace this childlike way of studying German and apply it to the upcoming strategies I’m going to give you, you’ll start getting closer to fluent, native-level German with every passing day.

Knowing what’s going on in our brain when we learn a language has helped to develop more effective learning strategies. Here’s what has worked best for language learners, in our experience.

1. Get a little bit of German practice in every day 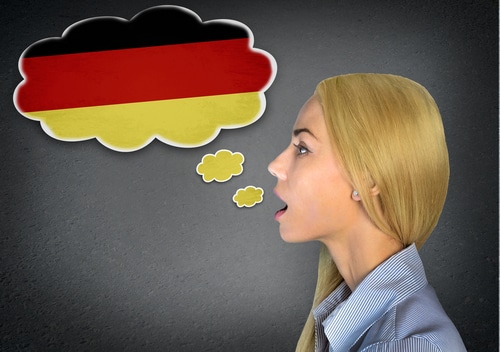 Putting your studies off until the last minute doesn’t work.

Cramming everything in before a big test or an adventure in Berlin might help you for a day or two, but it’s won’t last for the long term.

You’ll probably forget most of it straight away.

Our brains need time to process new information and retain it. Studying in big chunks simply overloads them.

Believe it or not, 15 minutes of German speaking exercises every day can be a lot more effective than a few hours every Sunday night. Make sure you never let a day go by without squeezing in some German speaking practice! 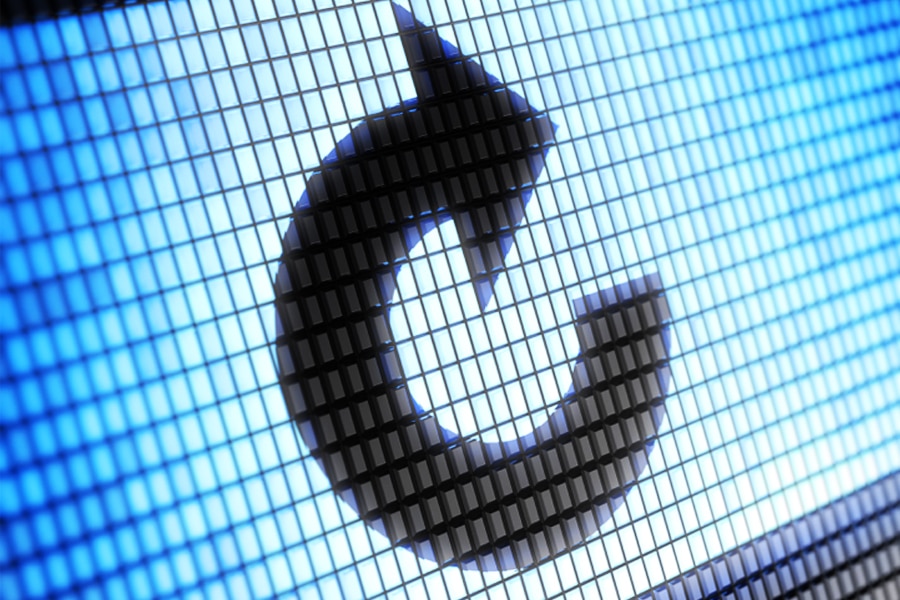 The key to success is the same for musicians, athletes and language learners: Practice, practice and more practice.

To eventually become fluent in German, you’ll need to practice the same words and phrases over and over again. Your brain will need to get used to producing German at the drop of a hat.

And I’ve seen this work. My Canadian friend used to struggle when ordering her Kaffee mit Milch (coffee with milk) at the bakery in Vienna, but she kept trying every day for about two weeks until she finally remembered it.

Even if you’re not in Vienna and able to interact with German speakers daily, you can get this practice in at home. Spaced repetition is a proven memorization technique that incorporates increasing intervals of time between repetitions of words and phrases. You can try spaced repetition by using flashcards or language apps with SRS activities built in, like FluentU.

When you’re doing these practice activities to hammer German into your brain, make sure you’re always speaking out loud. Say every German word as you read it—after all, the goal is to get German rolling off your tongue more easily. 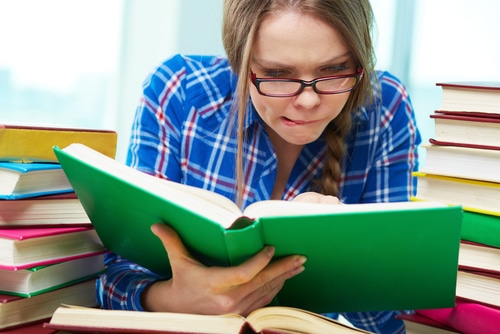 There’s no point in studying random vocabulary that you’ll never use.

Choose topics you like instead. If you’re really into the arts, you could learn about Deutsche Kunst (German Art). If you like history, why don’t you study Deutsche Geschichte (German history)?

Studying something you are interested in instead keeps you motivated, and motivation will keep you more alert and on task.

FluentU might just be the best way for German learners to do this.

With over 1,000 authentic German videos in the FluentU library—and with more new videos added all the time—there’s something for everyone, in every area of interest! Since you’ll be exposed to German as it’s spoken by native speakers, your brain will hear exactly what it needs to reproduce when you open your mouth: Fluent German.

FluentU isn’t just about watching videos, either. It’s about learning and actively practicing the language you hear in videos. Use the interactive subtitles, multimedia flashcards, adaptive quizzes and vocabulary lists to learn German better than ever!

Try the free trial and you’ll probably get hooked. It’s the ideal tool to get in your daily German practice. 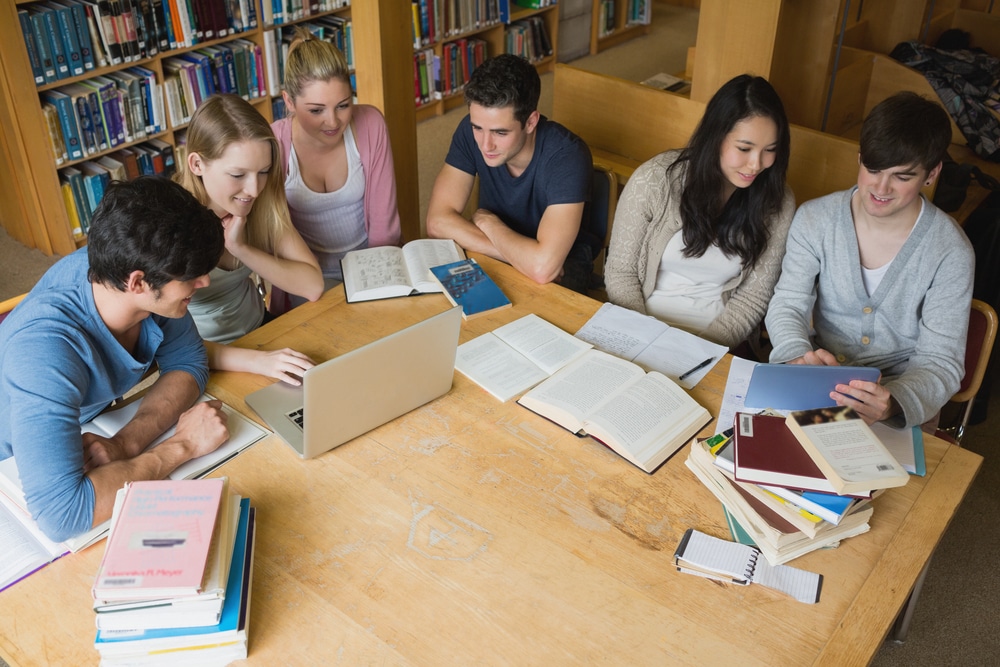 Studying in groups is a perfect opportunity to learn through real-world experience and improve your speaking and listening skills, which are obviously the most important skills to develop to speak fluent German. You can work together with classmates or fellow learners, but if you can swing it, find some native speakers and invite them to join you too.

Be creative and bring some fun into your study sessions. For example, if you all like food and cooking, why not study some food vocabulary and prepare German food together? This German sandwich recipe is the perfect snack for your group study sessions.

You can even practice your speaking while trying out German games, such as German charades or Rollenspiele (role-playing games). Games naturally involves lots of talking and listening, which is nice when boosting your fluency! The in-it-to-win-it mentality also gives you immediate motivation to speak quickly, so you can help your team achieve victory.

5. Combine the old with the new 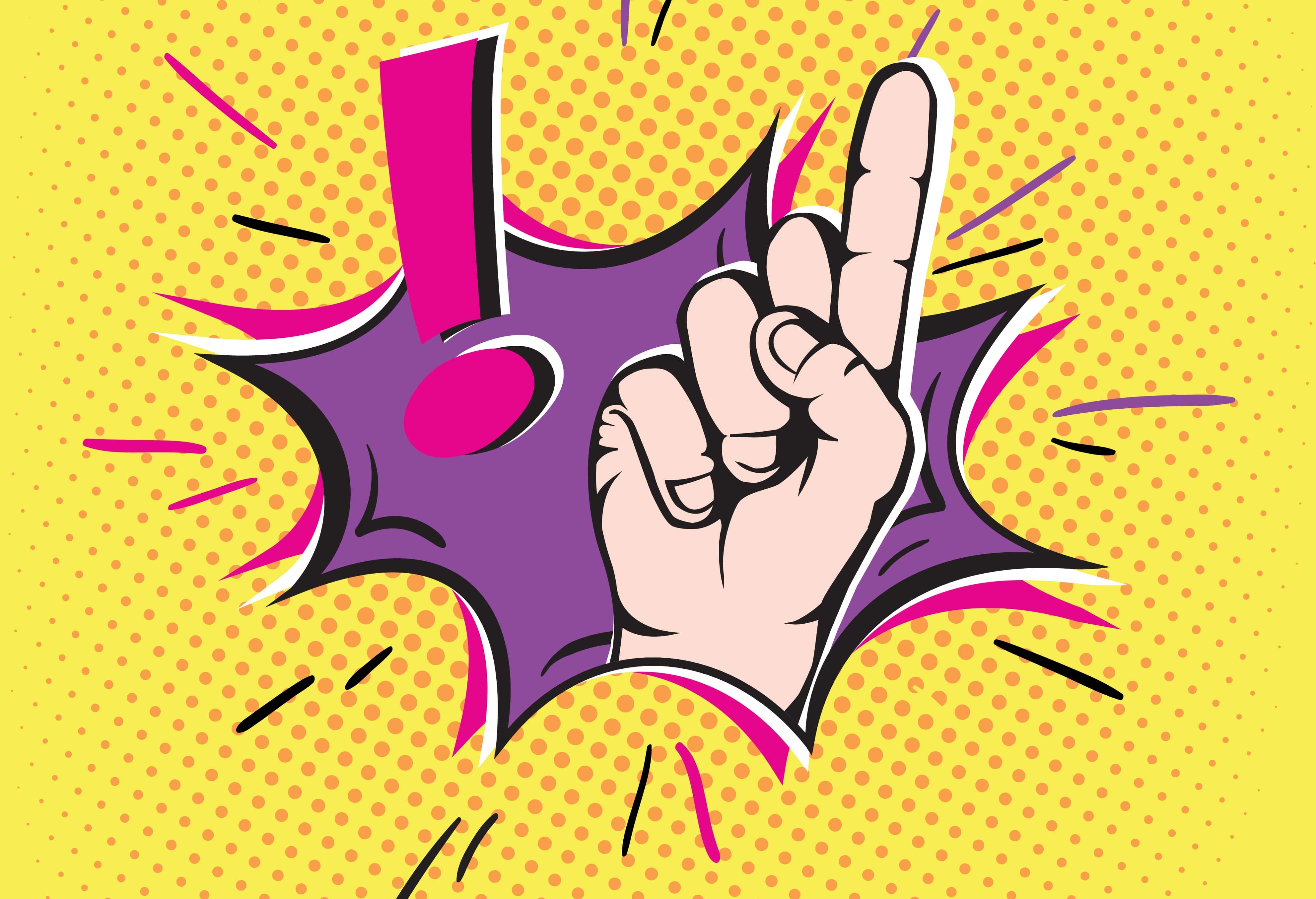 New information can be memorized more easily when it’s associated with something familiar.

Combine things that are related with each other. Dig out your trusty old German travel phrasebook while studying German holiday destinations or review your German history chapter while learning to talk about German culture.

Instead of studying one chapter after the other, mix them up! This doesn’t only make you more efficient, it also makes studying more fun. You’ll revisit older subjects to refresh your memory of them, and you’ll also give your brain the satisfaction of thinking, “hey, I already know a lot.”

6. Study German before you sleep 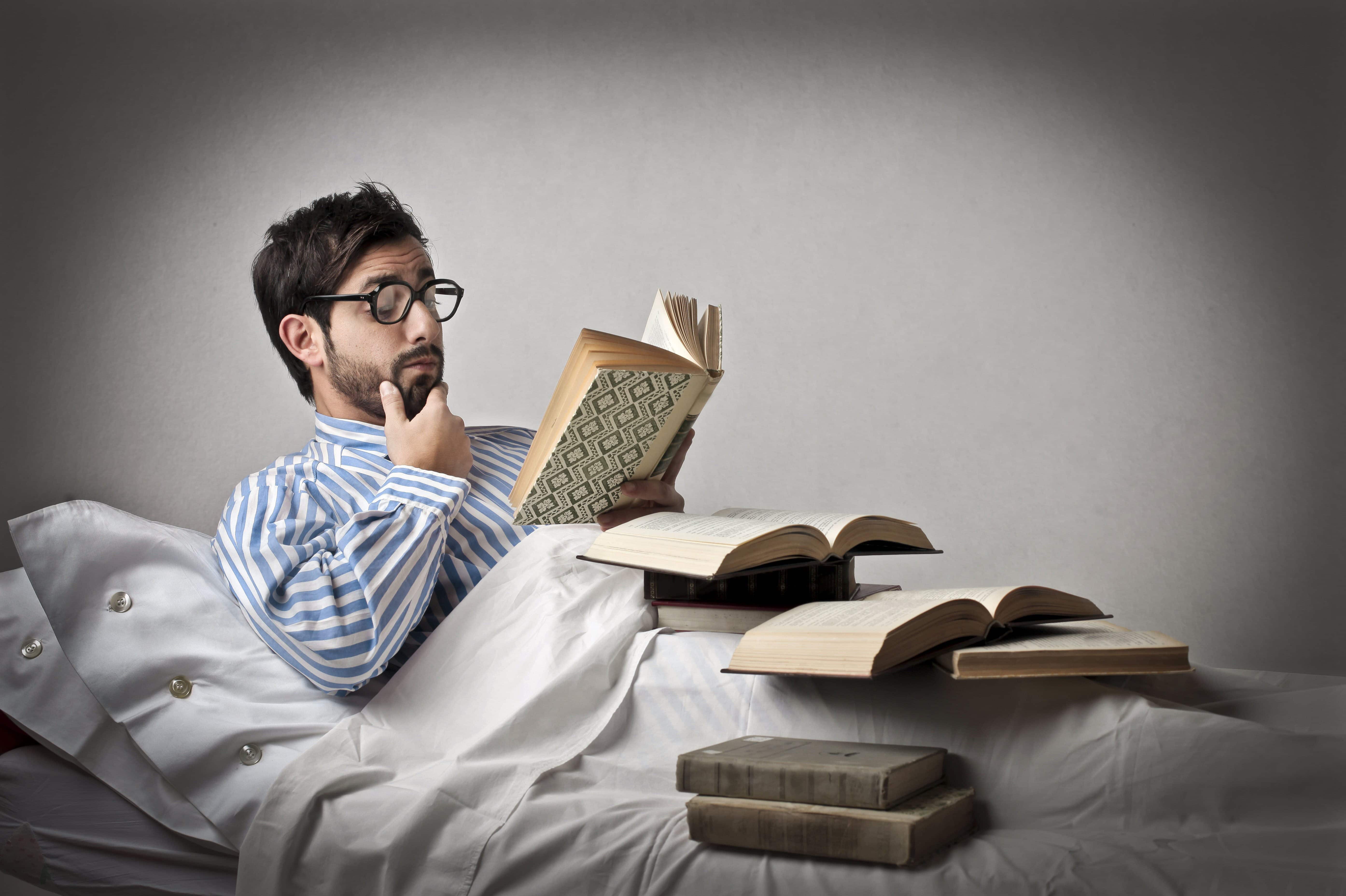 According to science, sleep helps our brains to process and store information.

So, why not include a few minutes of German into your bedtime routine?

Revisit your speaking exercises or watch a short German video before you hit the sack. Talk to yourself a bit in German as you drift off to sleep. Or indulge in a few FluentU German videos until you’re in dreamland.

7. Learn to think in German 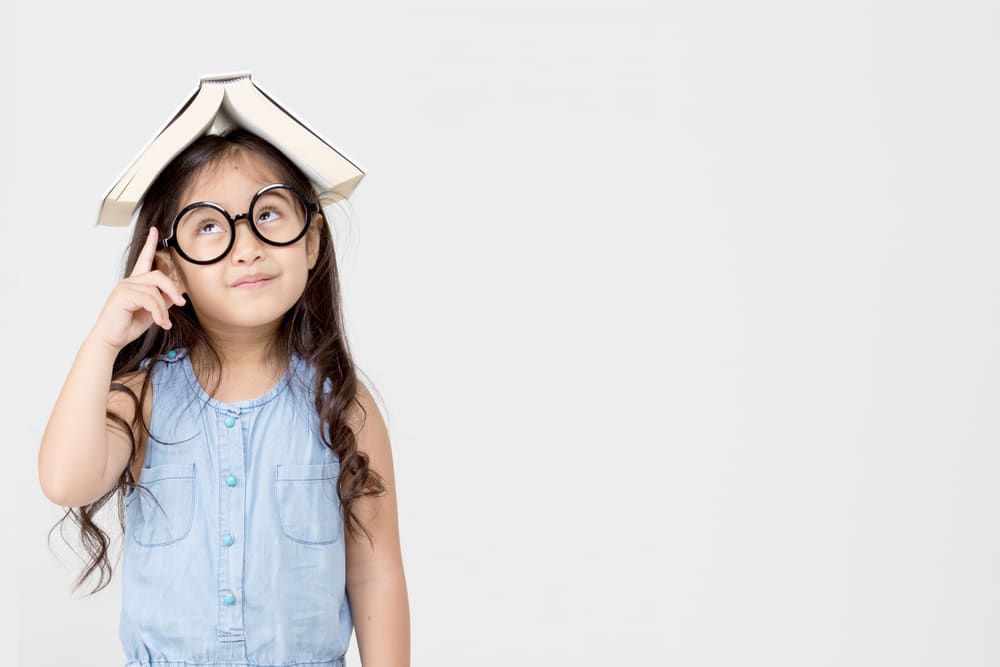 Chances are that, at an advanced level, your mind will automatically switch to German when surrounded by German speakers.

But even at an earlier stage of learning you can consciously try to think in German, at least for a few minutes every day.

Instead of translating words from your mother tongue, try to connect objects directly to German words and phrases. Describe the things around you in German in your head. Start with simple things such as “die Blume ist gelb” (the flower is yellow) and gradually move on to more challenging phrases. 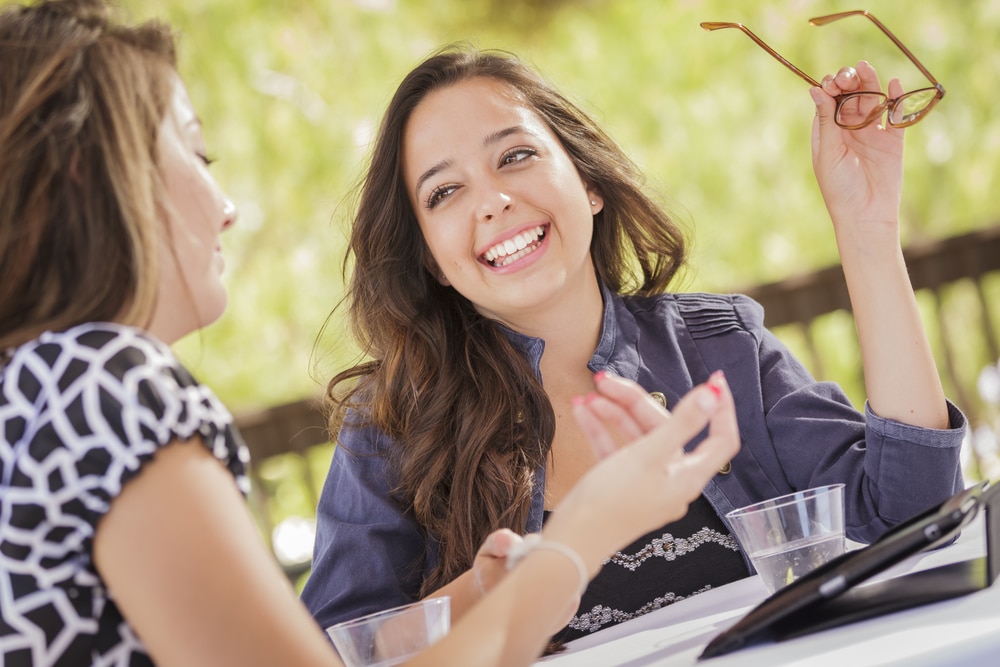 Speaking practice is the key to German fluency.

You can have the greatest teacher in the world. You can study grammar for years. But if you don’t practice listening and speaking you’ll never become fluent.

The ultimate chance to train your language skills is a study trip to Germany. The dream of every German learner. Spending some time in Germany doesn’t only give you the chance to practice your German in real-life situations, it also gives you insight into a different culture and lifestyle.

Not all of us are lucky enough to travel to Germany to study, but even back home there are more German immersion opportunities around than you think.

Surround yourself with the German language as much as you can. Watch German TV classics like “Tatort” or “Wetten, dass…”. Listen to German music and read easy German books such as “Cafe in Berlin.” Switch the language on your phone to German and download German apps.

Get together with other German learners and practice speaking. You can also look for a language exchange partner, a native speaker who assists you on your way to German fluency. You, in exchange, help them to boost their knowledge of your mother tongue.

And last but not least: Don’t be afraid of making mistakes! They’re a valuable part of your learning experience and will ultimately help you to become a fluent German speaker.

So, are you ready to get started?

You’ll see that implementing the easy strategies I’ve outlined will make a huge difference in your study progress, and you’ll achieve German fluency a lot faster than you think.

It all boils down to getting to know your brain.

Just give it a try!

Nicole Korlath is an Austrian freelance writer and travel blogger. She speaks fluent English, German, Spanish and Portuguese and is currently studying Japanese.